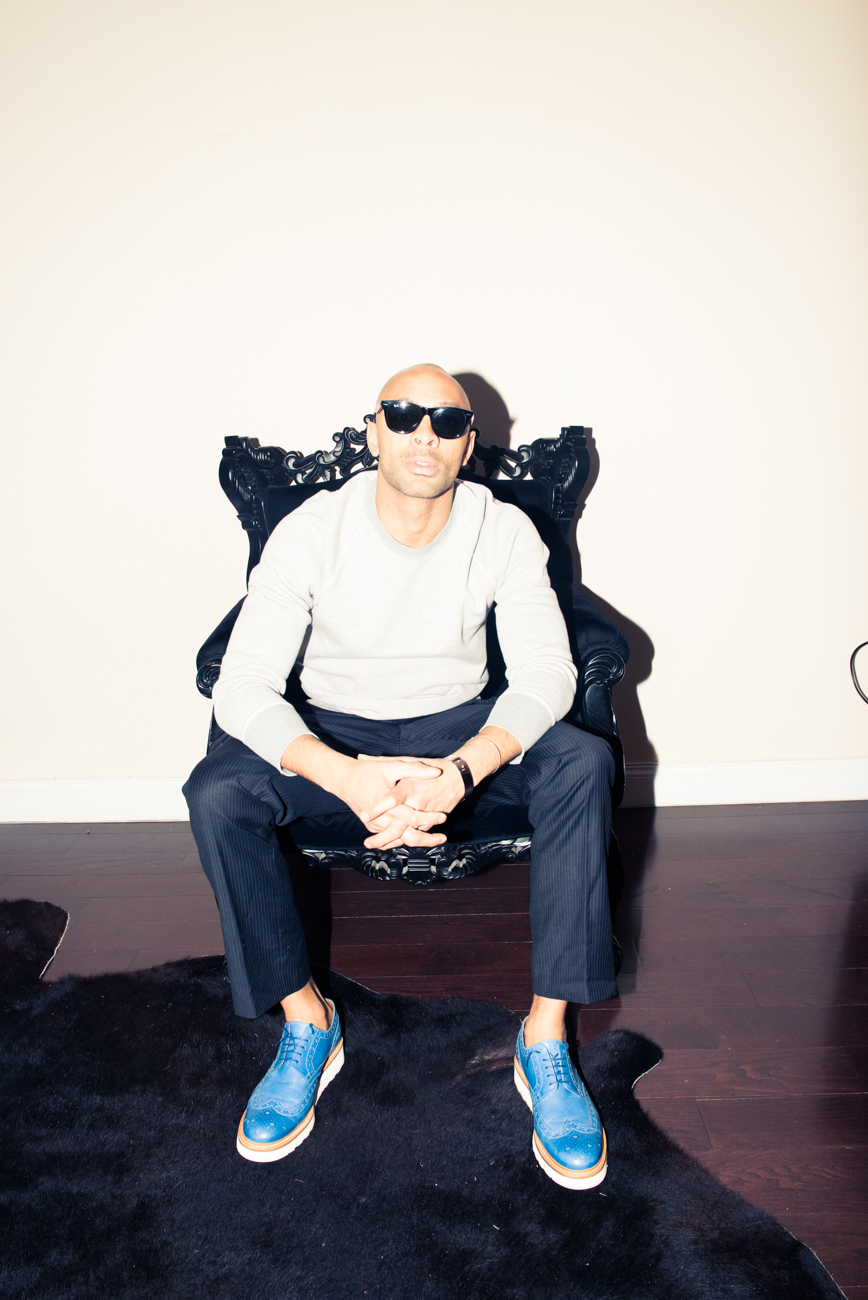 Far and away one of the best parts of our day jobs? The fact that we’re starting to get used to witnessing real life fairytales here at The Coveteur. And no, we’re not talking about those clichéd small-town-girl-making-it-in-the-big-city stories, either. We’re talking full-on fashion world fantasies—and guys, those climbing to the top of the masthead (hello, Eva Chen and Amy Astley) or CHANEL-laden corporate ladder (à la Sophia Amoruso and Rachel Zoe) stories do actually occur IRL. It can happen, kids! And one of the best of such stories that we’ve heard in a long time? Sir John’s, who, when we arrived at his Harlem flat, was still on a giddy high from his meteoric rise. (Seriously, though, when a certain Mrs. Carter is involved, “meteoric” might be an understatement.)

In the off chance that Sir John’s name is still a mystery to you (and let’s be honest, his isn’t one you’d forget very easily—we mean, as far as we know, there aren’t all that many Sirs in Manhattan), let us clear some things up for you. After working in the fashion week trenches as an assistant makeup artist for many a season, Sir John was discovered by non-other than beauty queen (and when we say beauty queen, we mean it in the ruling royalty sense) Pat McGrath. From there, it was only a hop, skip and a jump before Sir John found himself backstage at Tom Ford’s first eponymous womenswear show (you know, that one way back in 2011 when the runway featured the likes of Julianne Moore, Lauren Hutton and Daphne Guinness?), during which the makeup artist wound up prettifying the one and only Beyoncé. One thing lead to another, and a year or so down the road he was Beyonce’s go-to glam man (yeah, we went there) and BFFs with Karlie Kloss and Joan Smalls. (Recall those next-level purple lips on the latter at the Met Ball? Yep, all him.) The lesson we’ll take from this? Her brushes might as well be wands, because Pat McGrath is seriously some sort of fashion industry fairy godmother, or, as Sir John himself told us: “All roads in the beauty industry lead to Pat McGrath.” We guess he just got there a little bit quicker.

Ever the professional, Sir John told us it wasn’t until he met Sarah Brown, Cov-alum and resident beauty guru over at Vogue, that he really felt like he’d made it—a feeling that we're more than familiar with. But it goes without saying that the man has some serious beauty secrets of his own up Sandro sleeves, too. He let us in on some skincare tips that even our extensive 'fountain of youth' and 'how to get rid of sad-looking hangover skin' Googling has yet to shed light on. (Hint: it involves a simple little thing known as hydration and a studied devotion to kale—we guess we should have known.) And while his collection of beauty rescue materials (including some Chantecaille eye masks that gave us a serious should-we-just-slip-a-few-of-these-our-purse moment) was something to be admired, it was Sir John’s varied collection of footwear that really had us gaping, from a rainbow of Nike trainers to camo Sperrys and a multitude of custom Grenson boots and brogues purchased on his numerous trips to London for Mrs. Carter-related causes. You’ll understand when we tell you we left his Harlem home thinking the man totally deserves his title.

Oh yeah, there's more where this came from (as in more Sir John) in Paper Mag's May issue—on stands now (and on their site, too). Check it.

"The bar was a gift. It's something that I've had... Read More 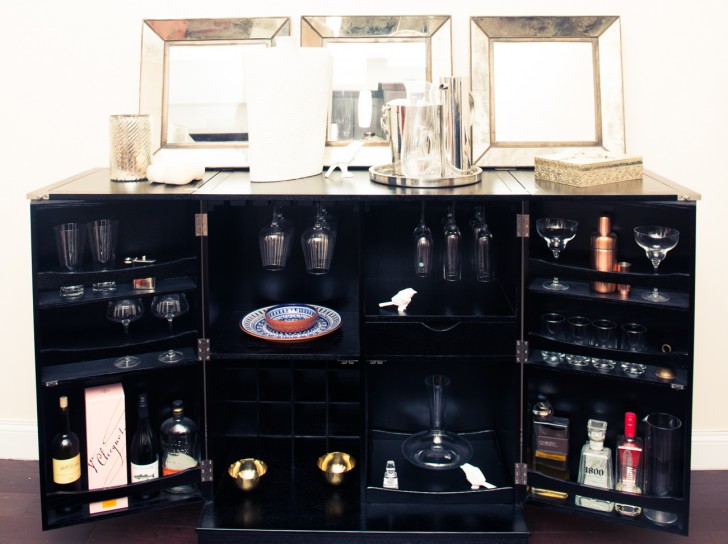 "People call me Lamb Chop when I where this coat,... Read More 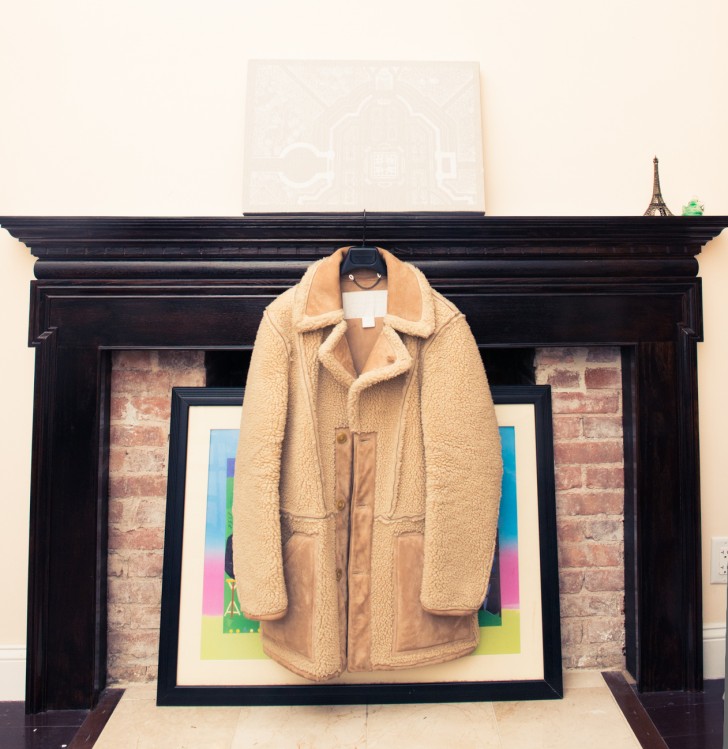 "I had a meeting at American Vogue in January with... Read More 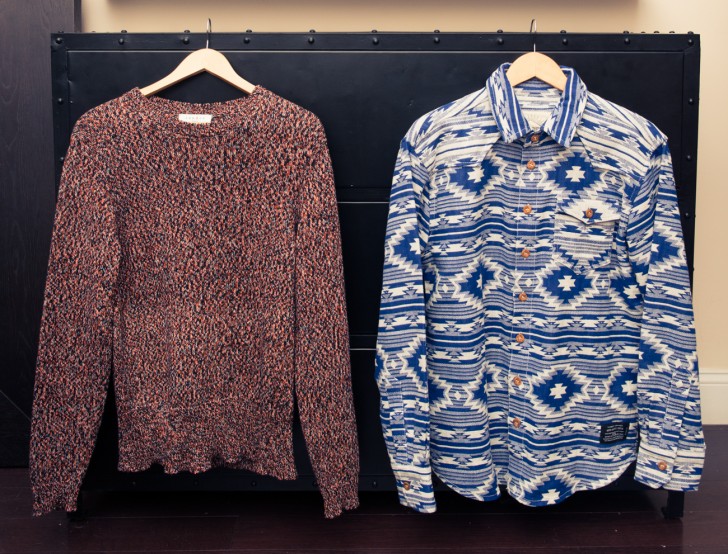 "Another cool moment in my career was going to Michelle... Read More 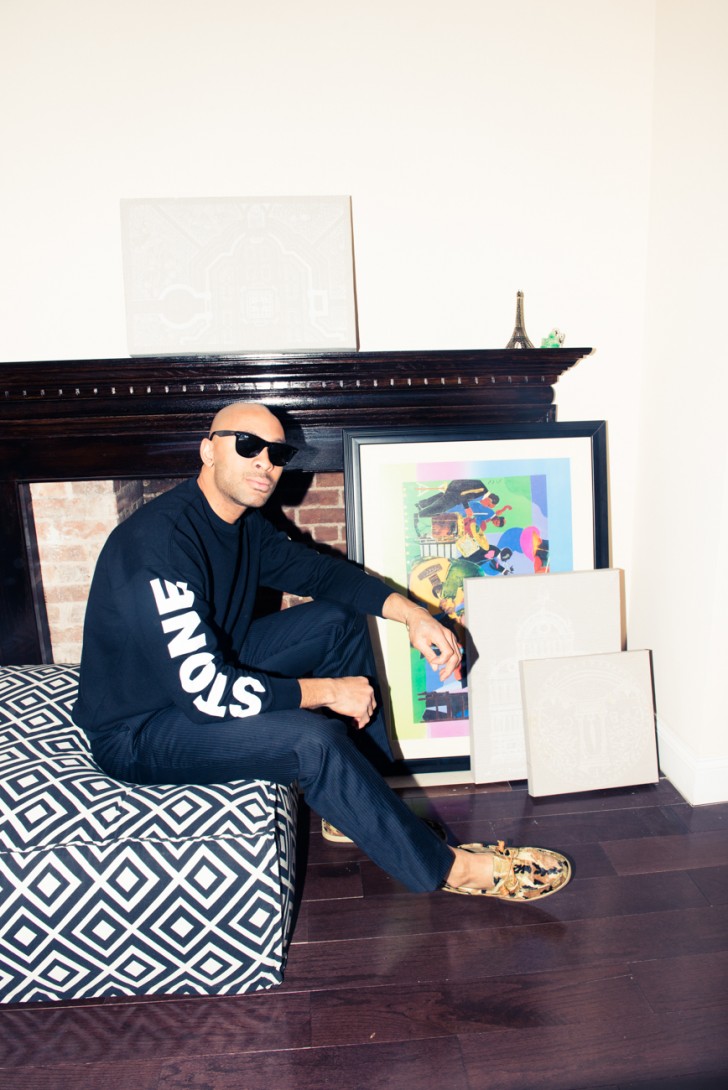 "[For shopping,] Colette in Paris is great. But Grenson, in... Read More 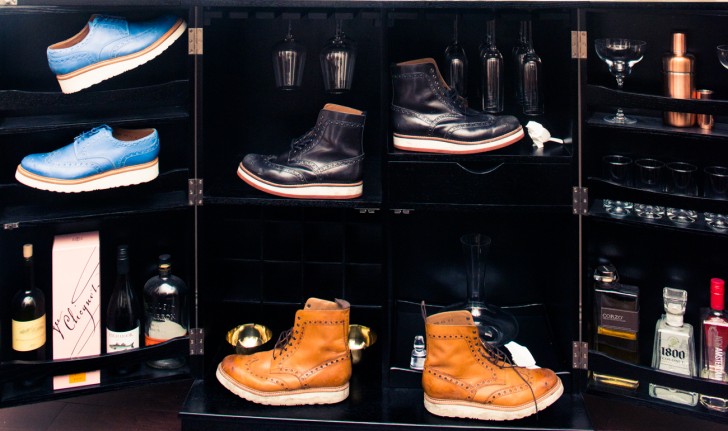 "I like to switch up my scent, but at the... Read More 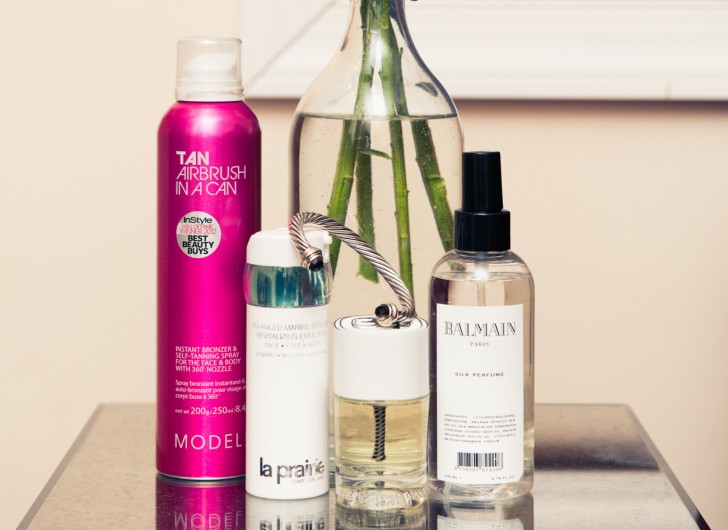 "I'm really into physical fitness. I have a trainer and... Read More 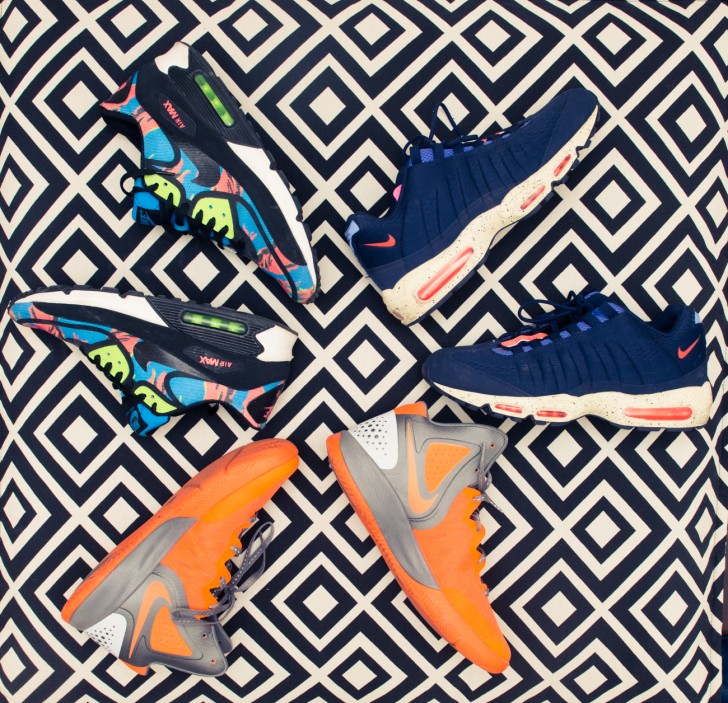 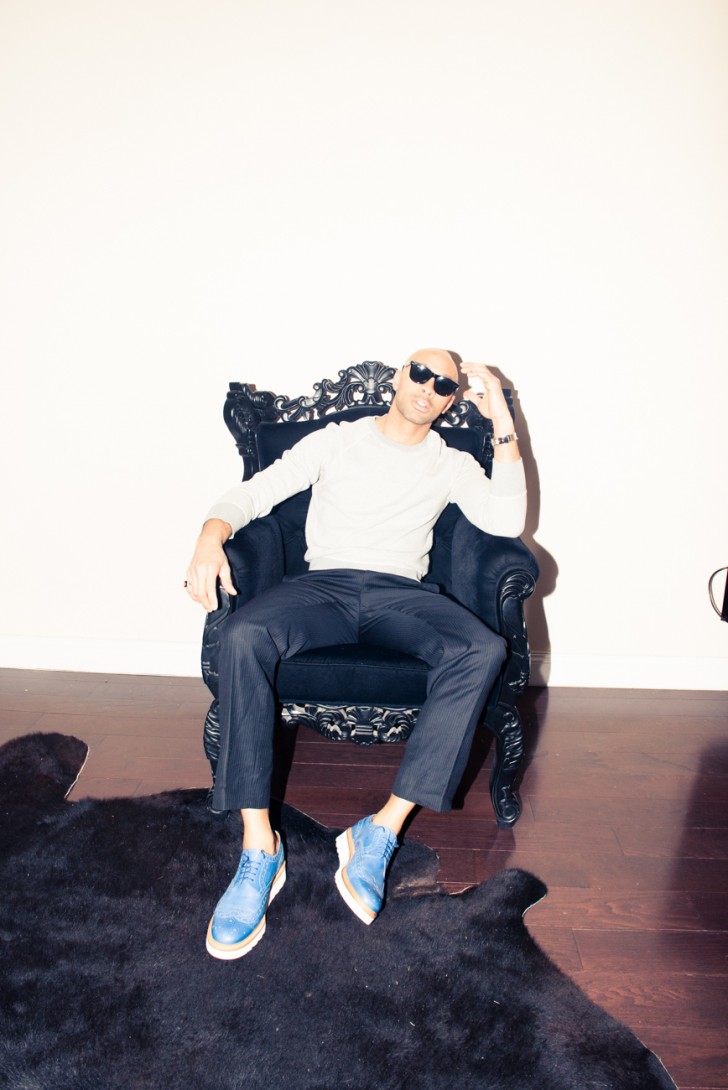 "My personal grooming routine more or less consists of being... Read More

"I can't remember the first [fashion show I worked at]... Read More 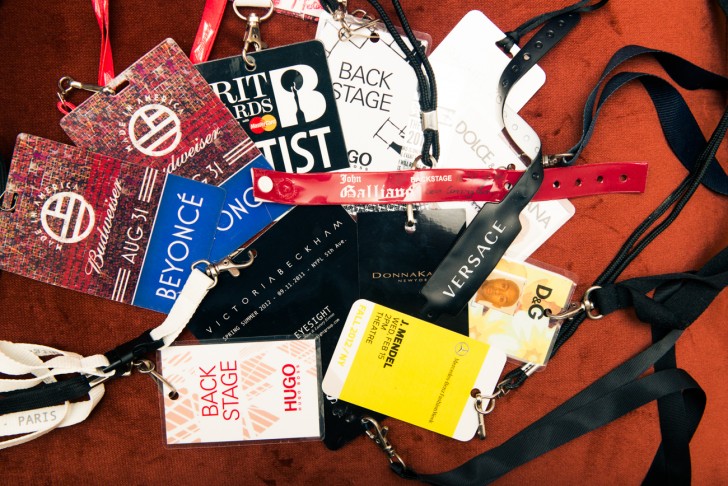 "My favorite look I've done at a fashion show was... Read More 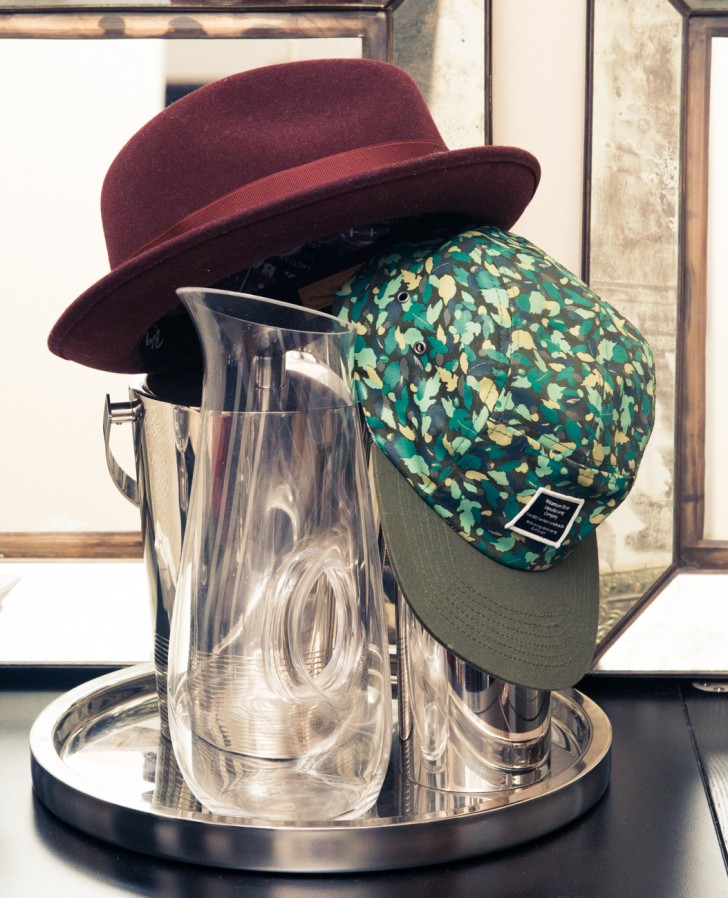 "My favorite place to travel for work would be Paris.... Read More 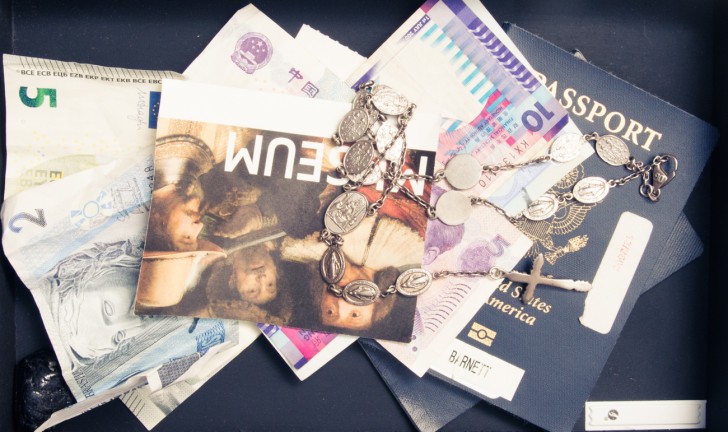 "I was in Dublin for the Mrs. Carter Show and... Read More 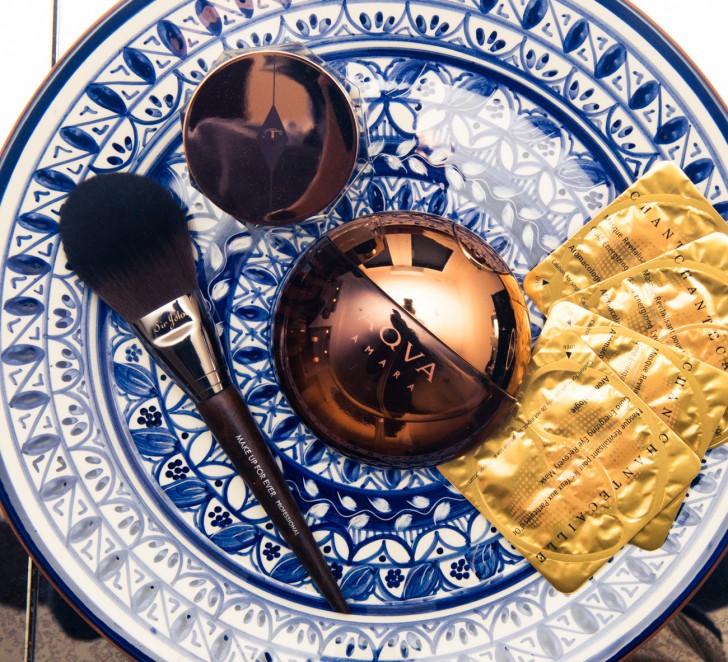 "In my apartment, every room is a dressing room. I... Read More 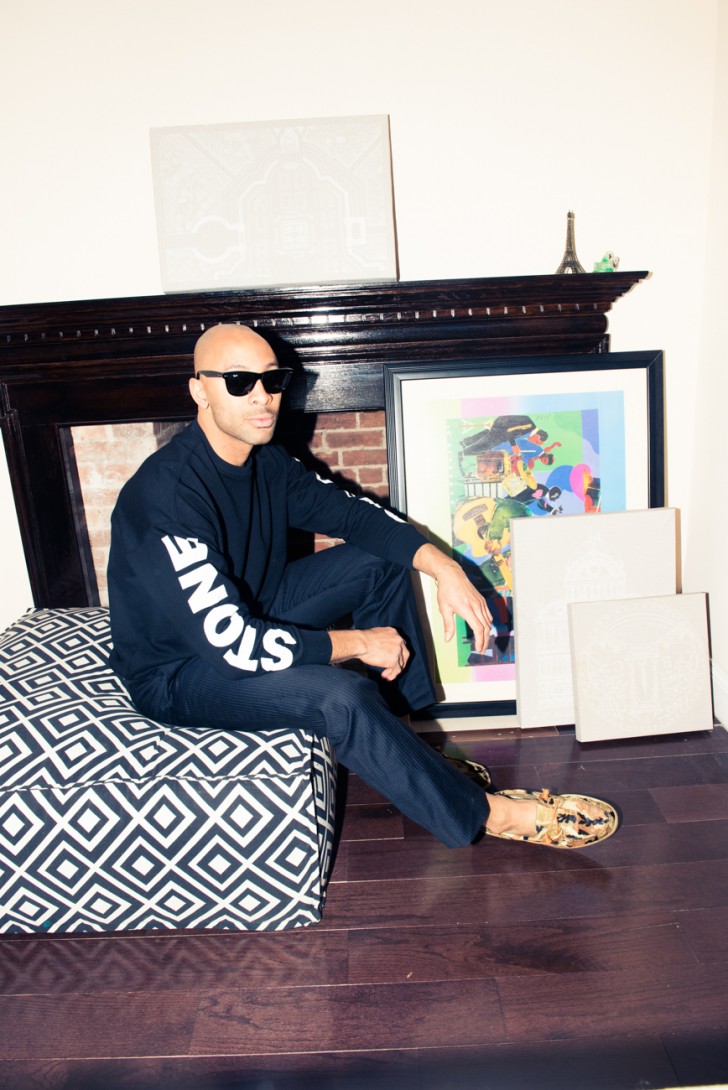 "My favorite look to execute on Beyoncé is when she's... Read More 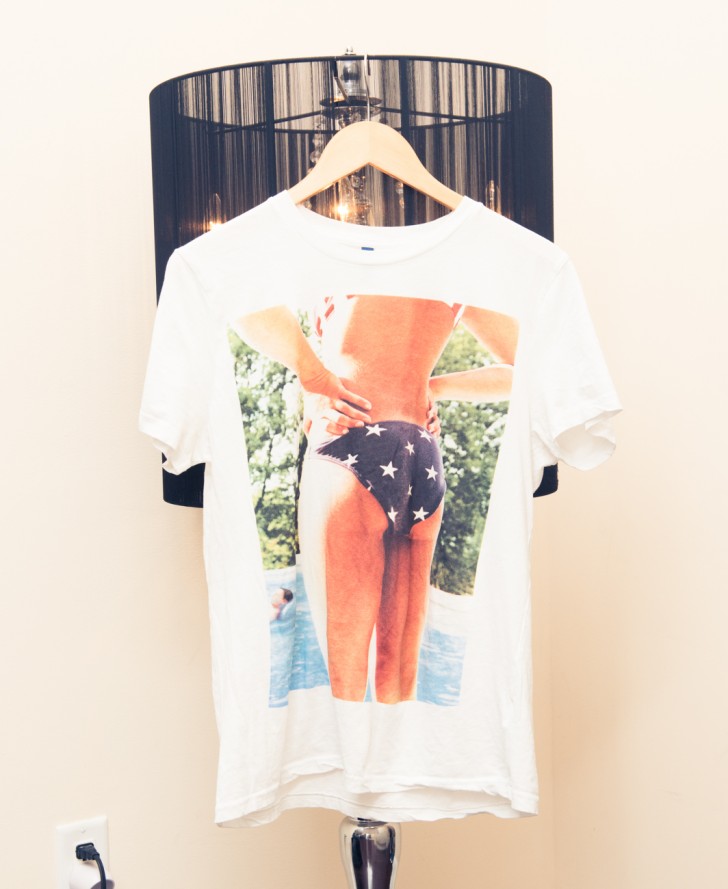 "A friend of mine, Zana Bayne, she has this leather... Read More 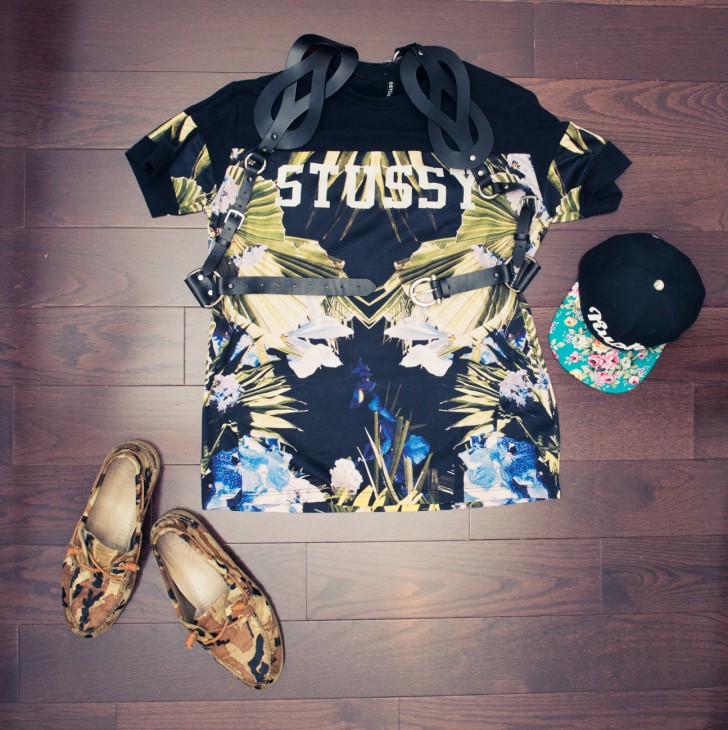 "My grandmother passed away a few years ago, and this... Read More 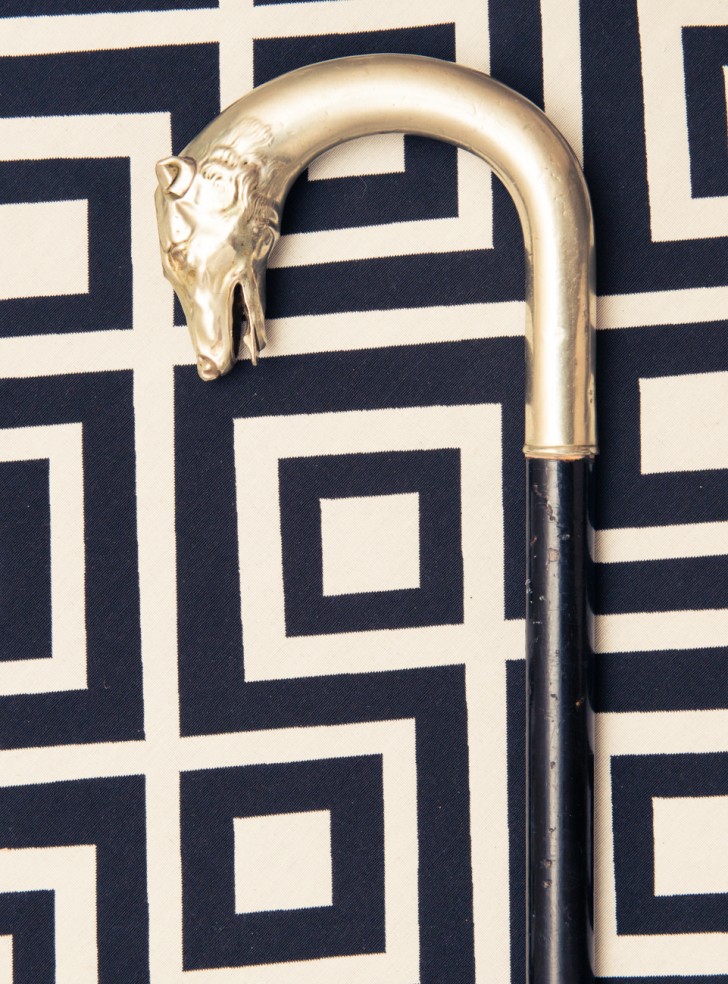 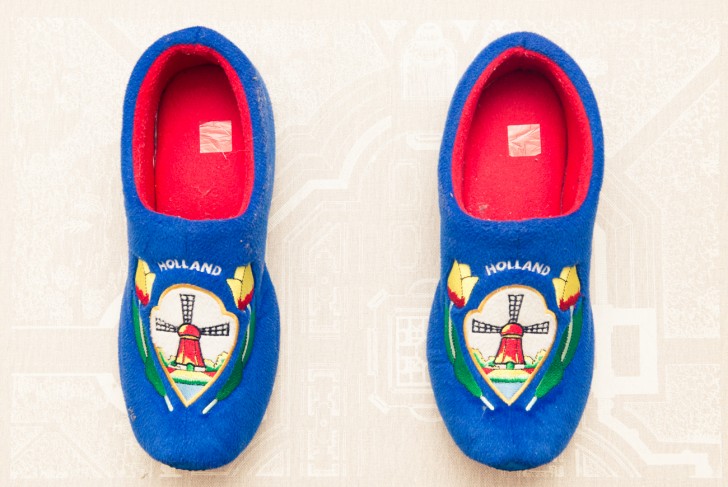 "I’ve lived in this apartment for about six months, but... Read More 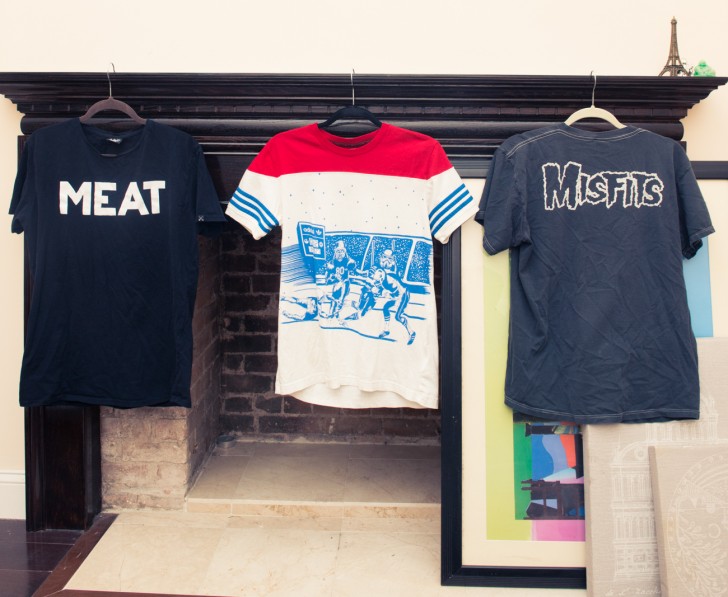 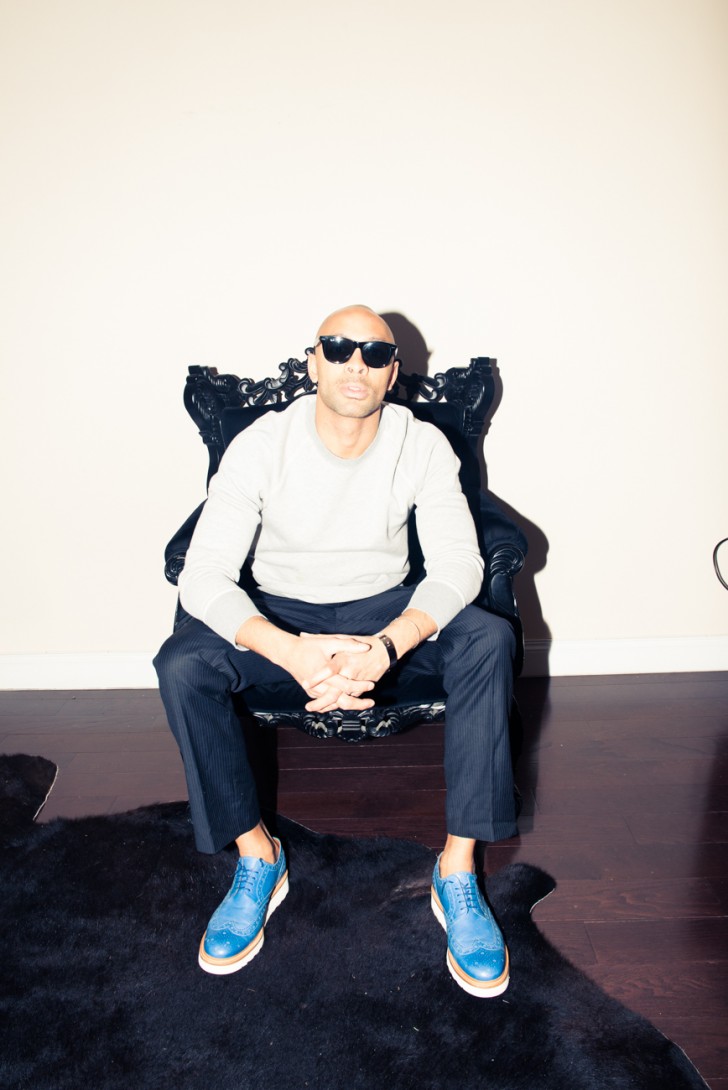 "My taste in interiors is neoclassic, so I'm very into... Read More 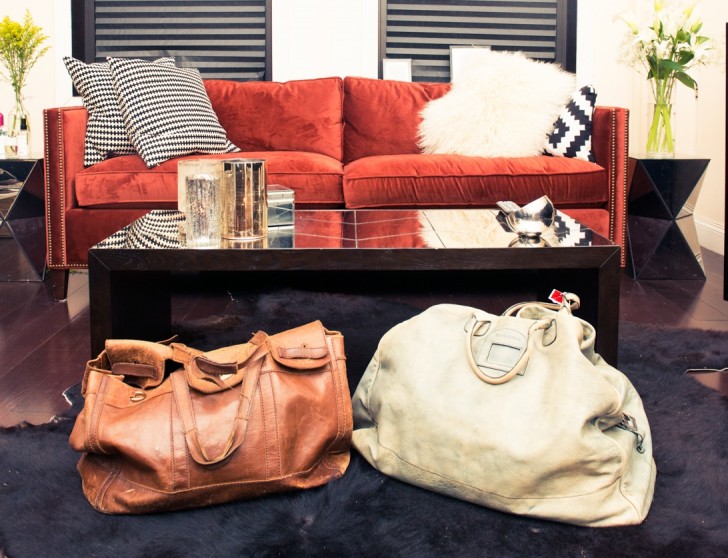 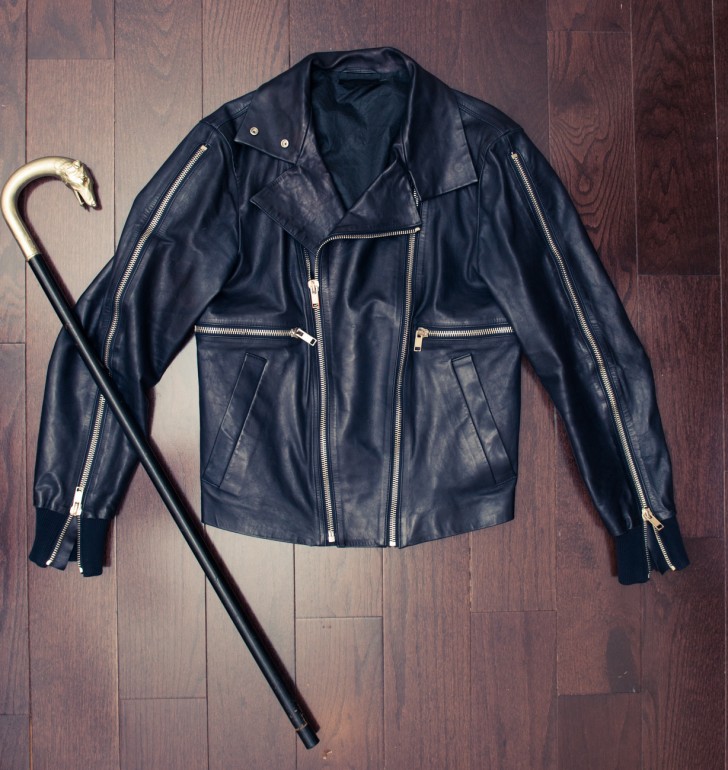