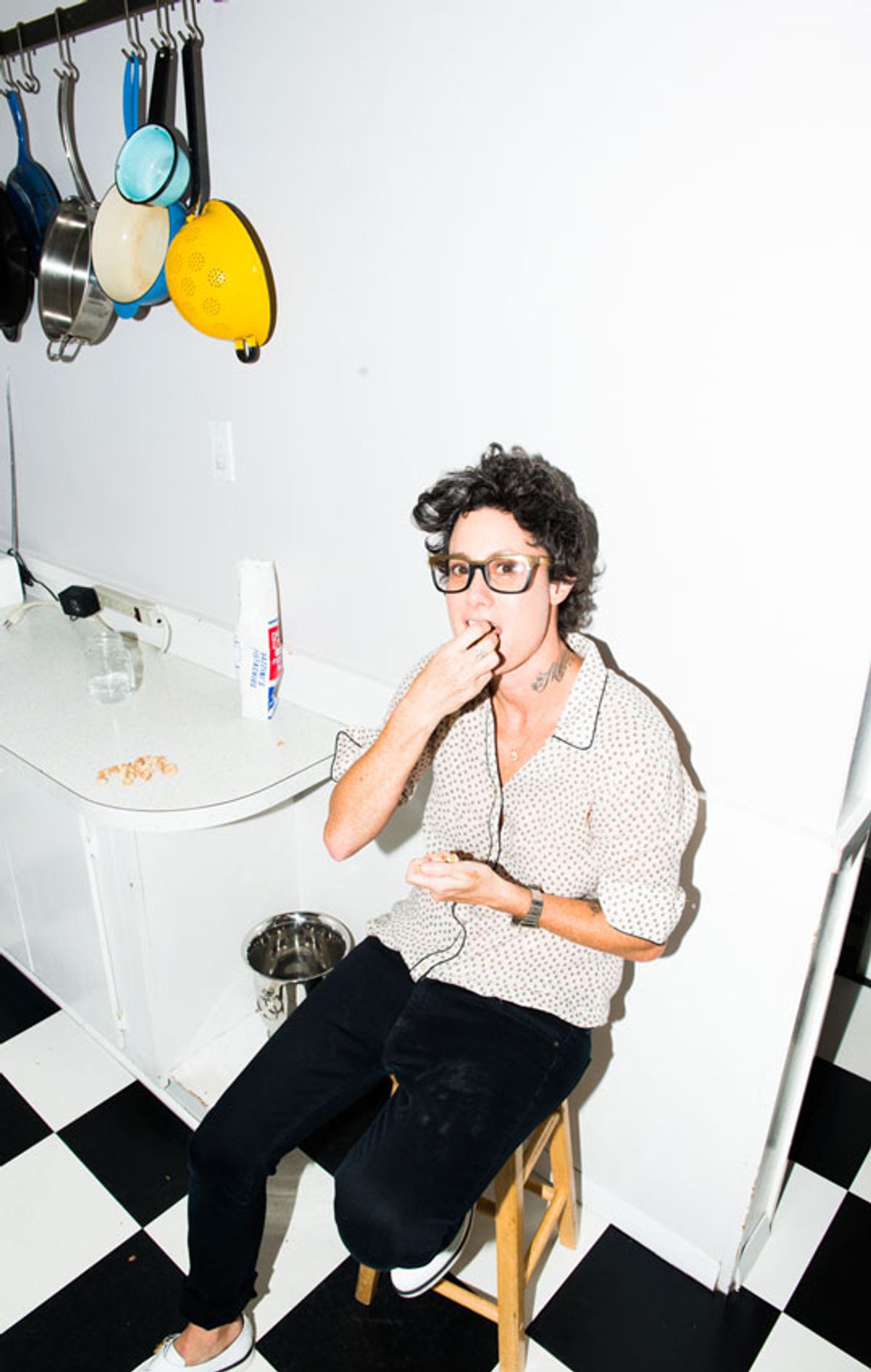 Coveteur Team
Even if you (somehow) don't recognize the name or face, we know you recognize that shot. You know, the one from Chrissie Miller's Sophomore line, starring Miller herself, alongside BFF Jen Brill, throwing er, caution to the wind over a highway? We like to chalk the whole thing up to what we call the 'Cass Bird effect,' which we fell for ourselves pretty much the moment we walked into the door of the Brooklyn home Bird shares with her wife and kids. After all, the petite photog seemingly knows just about everyone, from Cov-alums Sally Singer (who wrote the foreword to her book, Rewilding) and Molly Guy to Jay-Z and Katy Perry (she shot her upcoming album's artwork, BTW). In fact, Guy probably described it best when she recounted the events of a recent Stone Fox Bride photoshoot lensed by none other than Bird herself. "Freak flags were flying, drawers were dropped, cigarettes smoked, boys in dresses, girls were making out, there was glitter and rice and lipstick everywhere..." As we started digging through her closet, Bird blasted music, with everything from Kendrick Lamar to The Rolling Stones on shuffle. We made our way through her collection of slightly off-kilter basics, like satin bombers and jean jackets, which she offsets with killer footwear (think: Saint Laurent and Rick Owens sneakers and CHANEL creepers.) But the magic didn't really begin until Bird took us out to her backyard, Proenza Schouler denim jacket in hand, goofing off with her garden hose and giving us an, ahem, demonstration of her kids' slide. Oh, and as for that flashing-over-the-highway-shot? Just chalk it up to more signature Bird-style spontaneity. "I was pregnant, and we were just running around... it was totally spontaneous. I just started begging the girls to flash the cars. They did." Thou shall do as Cass Bird commands!
Closet