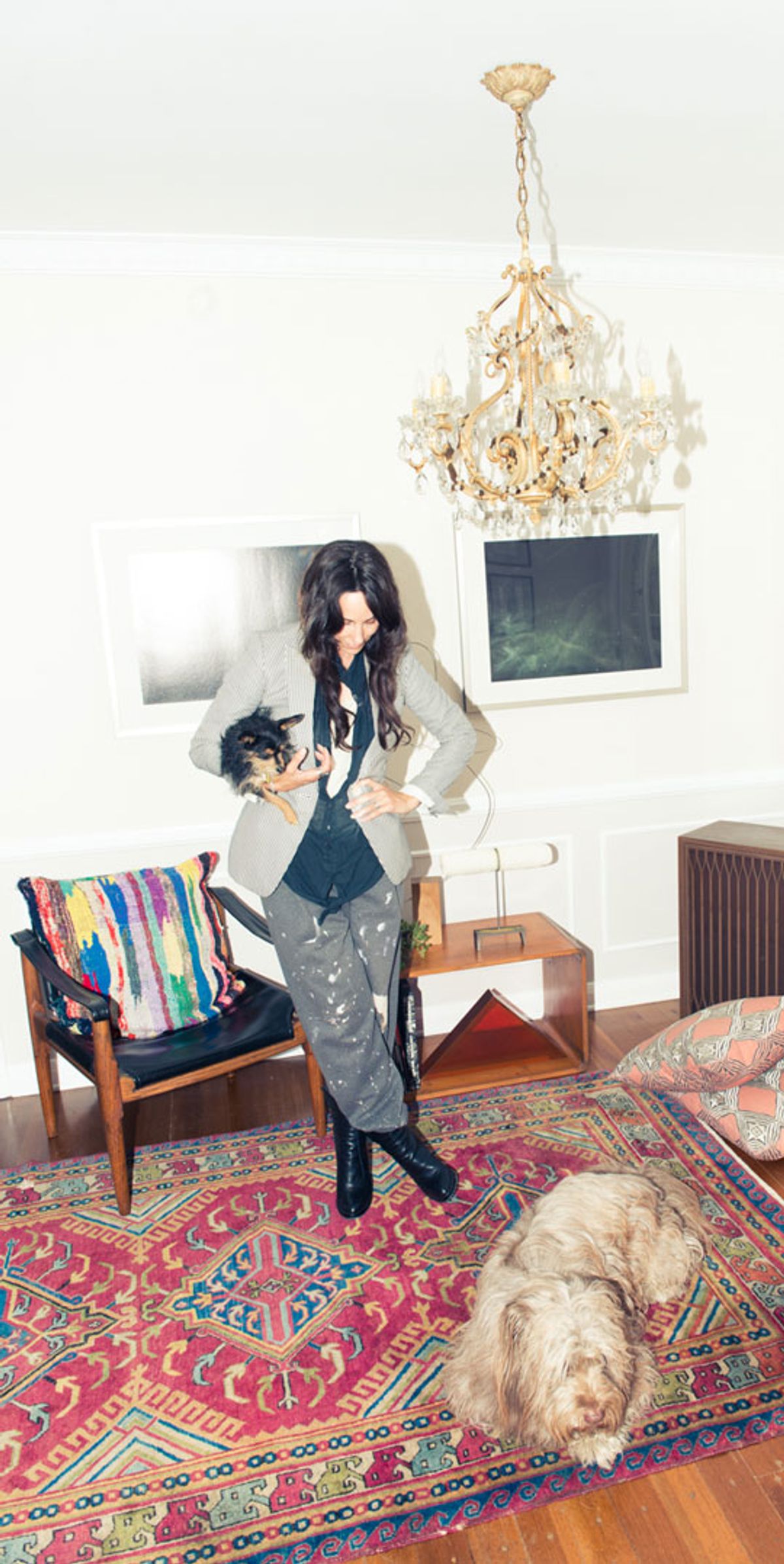 Coveteur Team
“I've been playing dress up, pinning and cutting my own clothes since I was seven,” designer Raquel Allegra told us. “I tried fashion design in school and dropped out the first month. I'm a passionate and accidental designer who found my way into the business through the back door. There is no 'right' way to get where you want to go; just a 'right way for you'. Follow your bliss!” Allegra’s wisdom is the kind you-can’t-get-sitting-in-a-lecture-for-three-hours. But hanging out with her (and her two adorable adopted pooches) for a good two hours is enough time to learn her ways. And being fans since Allegra’s early days – back when she was deconstructing, slashing and shearing away at T-shirts – we were eager for some one-on-one time with the inspirational lady herself. Remember those full-length, webbed cotton cocoon creations that everyone tried to DIY years ago? The ones that looked like laborious hours sitting with a scissors and carefully pulling thread by thread until there was a perfectly sheared top that looked almost too delicate to wear? Yeah, that’s when our love affair began. And though she’s since moved on to more mature silhouettes, we were thrilled when Allegra gave us a sneak peek at her back-to-the-basics collection for next season. “Let's just say, without giving too much away, that I'm planning to return to my roots in recycling,” she hinted. Amidst fawning over the falling-apart-at-the-seams dresses in her wardrobe (and secretly hoping we’d get to leave with a few in hand!), we chatted with Allegra about her slightly unexpected work with – wait for it – Lady Gaga. “I had been brought in to create the wardrobe for the dancers in Gaga's ‘Judas’ video,” she revealed. “Nicola Formichetti asked me to make a red cloak in the style of Mary Magdalene for Gaga. It took my staff two days to deconstruct the fabric; it was so sick. Days later on set, I watched as it was pinned around her waist to a red velvet thong and five feet was cut from its length transforming it into an op-front skirt. Oh well… at least she was wearing part of it!” True that.
Closet