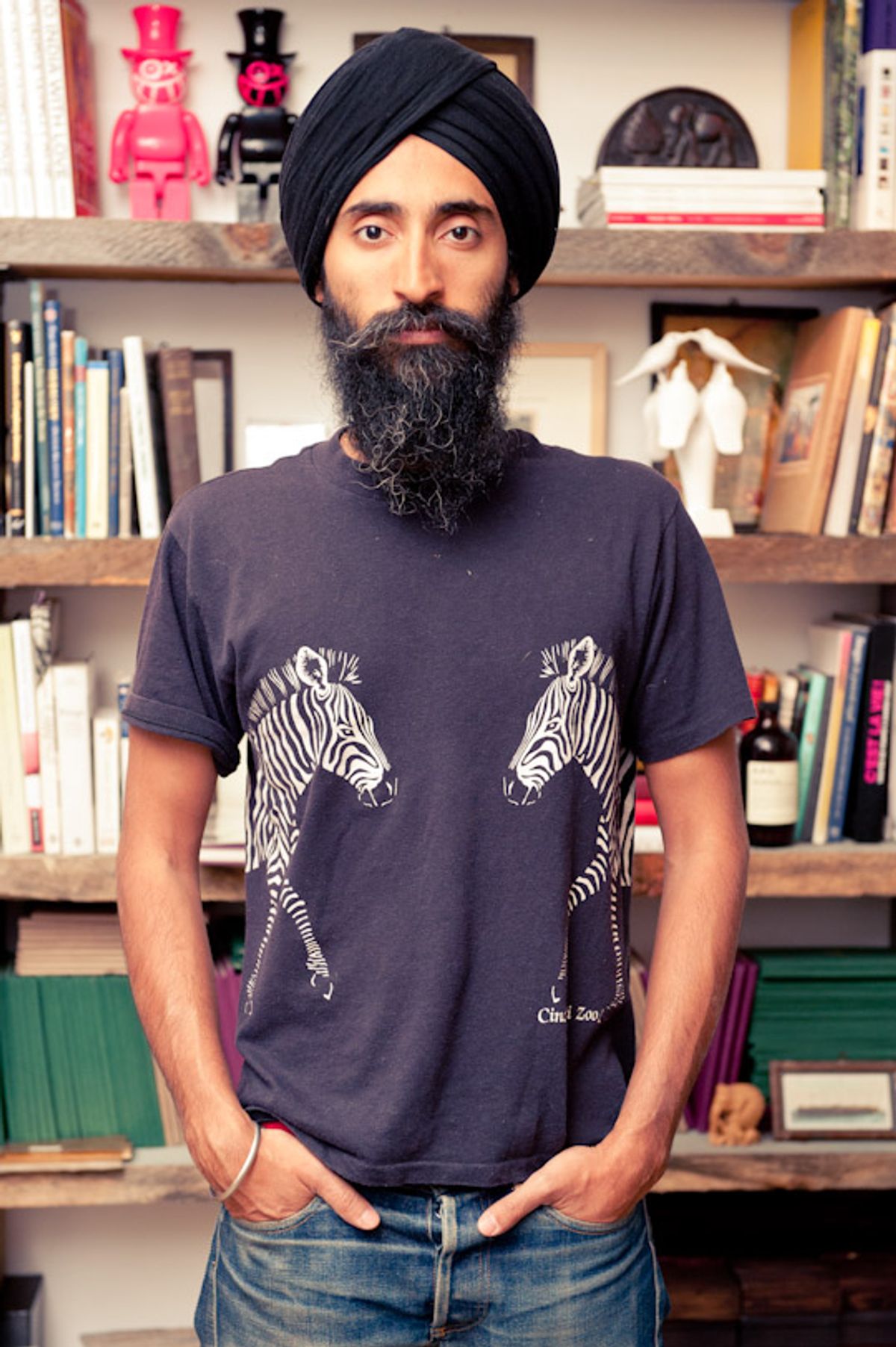 Coveteur Team
Jewelry designer Waris Ahluwalia is no one-trick pony. Having made his name as a downtown tastemaker with his line, House of Waris, he's also been known to pop up in the occasional Wes Anderson flick (NBD). As if he didn't have enough on his plate, we happened to stop by while he was in the midst of introducing his very own line of teas—Renaissance man much? As Ahluwalia welcomed us into his studio space, we couldn't help but be in awe of his amazing art collection, with works by the likes of André Saraiva, as well as his amazing antique treasures—some dating back to the 1800s! We also got to peep some of his delicate designs and envied his eye for detail and emphasis on craftsmanship. Welcome to the House of Waris!
Closet