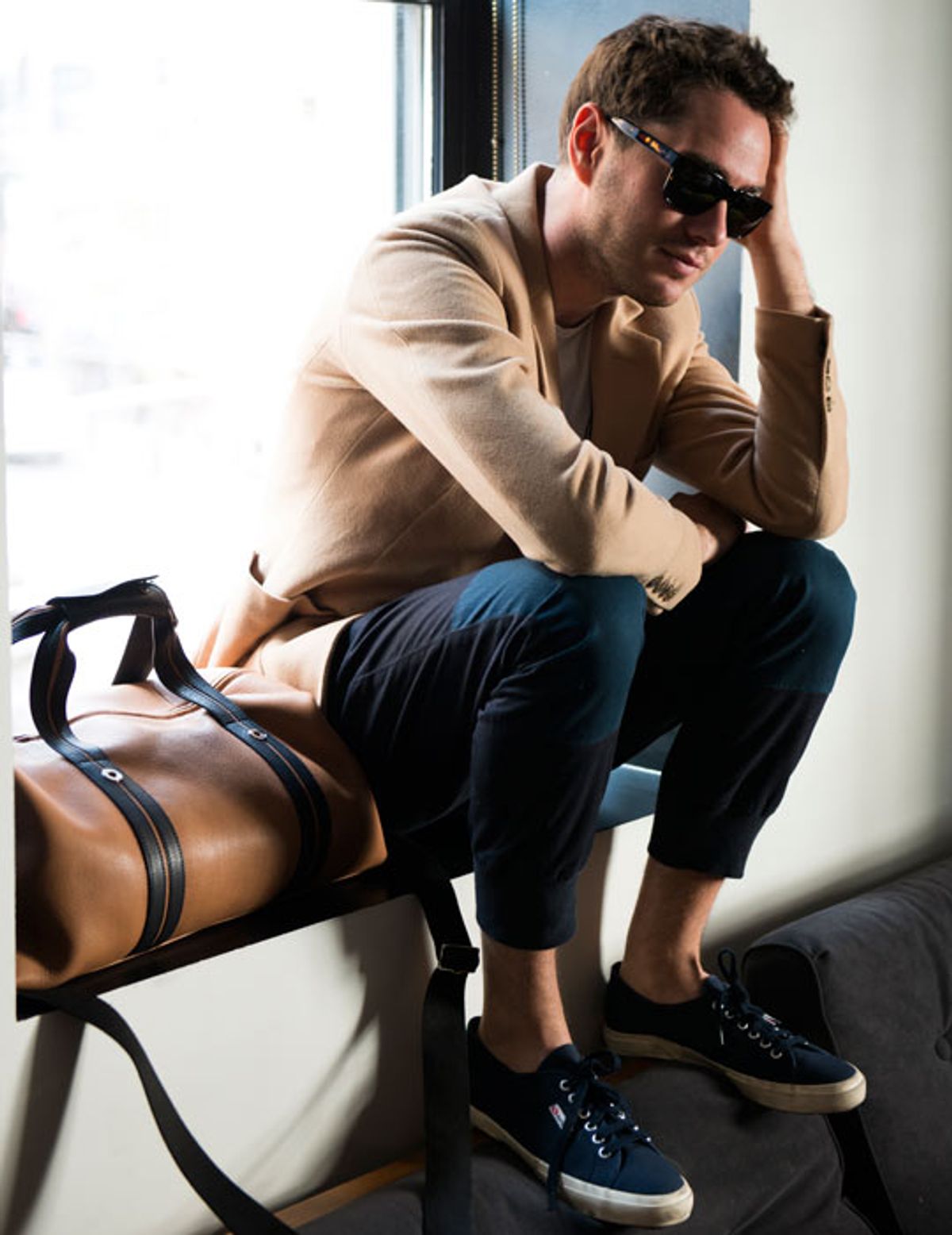 There’s nothing like seeing a fellow Canadian make it as a little fish in that big, scary pond called N.Y.C. Yale Breslin may have been born and bred north of the border, but he hit the East Village pavement running—in his custom NIKEiD kicks, no less—and turned that concrete jungle into his playground, sweeping the cultural scene by storm.

As the best dressed boy with his finger on the pulse of culture, it seemed only fitting for us to tap him for our collaboration with Oroton. We caught up with Breslin, who brought along a bunch of his favorite items to greet us with at The Ace Hotel: Nikes (his “version of Dorothy’s ruby red slippers,”) monogrammed New Balances (the only excuse to cheat on his beloved Nikes), Aesop and, of course, his famous “YALE” T-shirt. How rad is it to have a University named after you? (Well, technically vice versa, but you get the point!) He even had a few surprises in tow, including Terrapin Stationers bespoke stationary (insert expletives here) and Jonathan Adler trinkets. In true TC fashion, we took to the streets, stopping traffic with Breslin’s ‘professionally good-looking’ attributes (when do we ever miss a Zoolander op?). Oh, and we made a pit stop at The Breslin, the hipster bar downstairs fittingly named as is our man of the hour.

Then we got the 411 on Breslin’s beauty obsession of the moment: “I’m scent obsessed; a bit OCD about it actually,” he confessed. “Some of my favorites are Le Labo Santal 33, Commes des Garçons 2 MAN, and Terre d'Hermès. I also use The Laundress laundry detergent; it’s genius.”

It’s safe to say this is one kid who’s made a name for himself…and one you should probably keep on your radar.