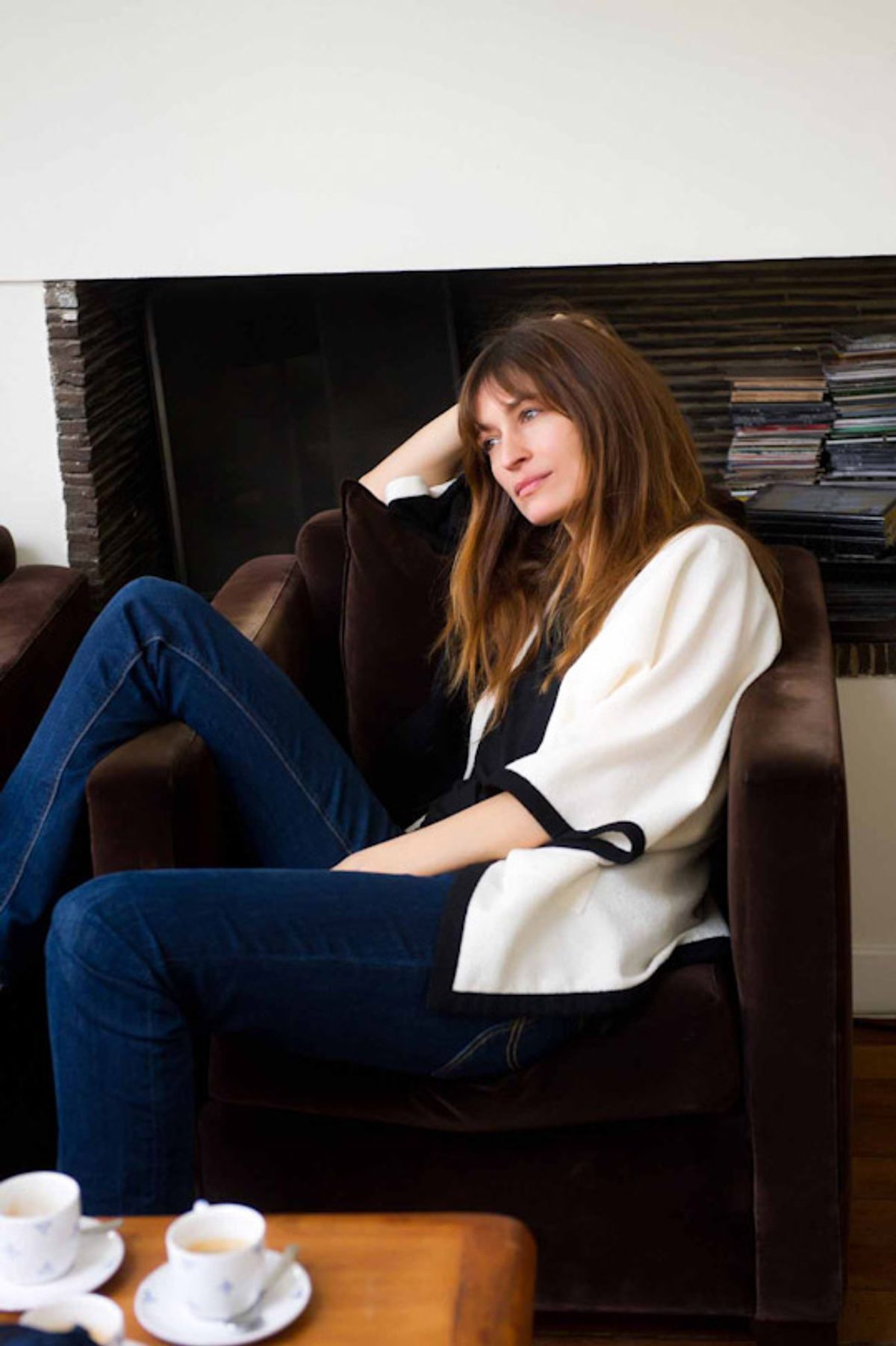 While The CoveTour de France may have come to an end, we’re living vicariously through the countless photos we snapped during our travels to keep the city of lights at the forefront of our minds. Caroline de Maigret ladies and gents, a woman who takes the concept of “fashion comeback” to new levels. The granddaughter of Prince Michel Poniatowski (former Minister of the Interior and Health in France), and the daughter of Count Bertrand de Maigret, Caroline began her modeling career in 1994, and instantly began working with photographers like Mario Testino, Peter Lindbergh and Terry Richardson. Shortly after giving some serious face to their famous lenses, she began to hit the catwalks, walking for houses like CHANEL, Balenciaga and Marc Jacobs.
She’s launched a rock music label called Bonus Tracks Records with her partner Yarol Poupaud (they also have a sick studio inside their apartment), set up a publishing company called Yarock Editions where they produce soundtracks and music for various ads, and most importantly, she’s the proud mother of her son Anton, a kid who is bound to inherit some serious musical chops….as well as a kick ass piano.
Considered a CHANEL muse, in 2011, the fashion house asked her back on the catwalk, and the fashion industry since followed. From the beginning of last year, she’s appeared in Italian Vogue, Vogue US, Vogue UK and i-D and has shot with Steven Meisel, Inez & Vinoodh, and of course, everyone’s favorite uncle – Karl Lagerfeld. Oh, did we mention that she was nominated by the Cesar Academy (the French Oscars) for “Best Soundtrack of the Year”? Take a tour though her pad (which happened to be an artists studio prior) – it’s about as close to Paris as we’re going to get…for now.