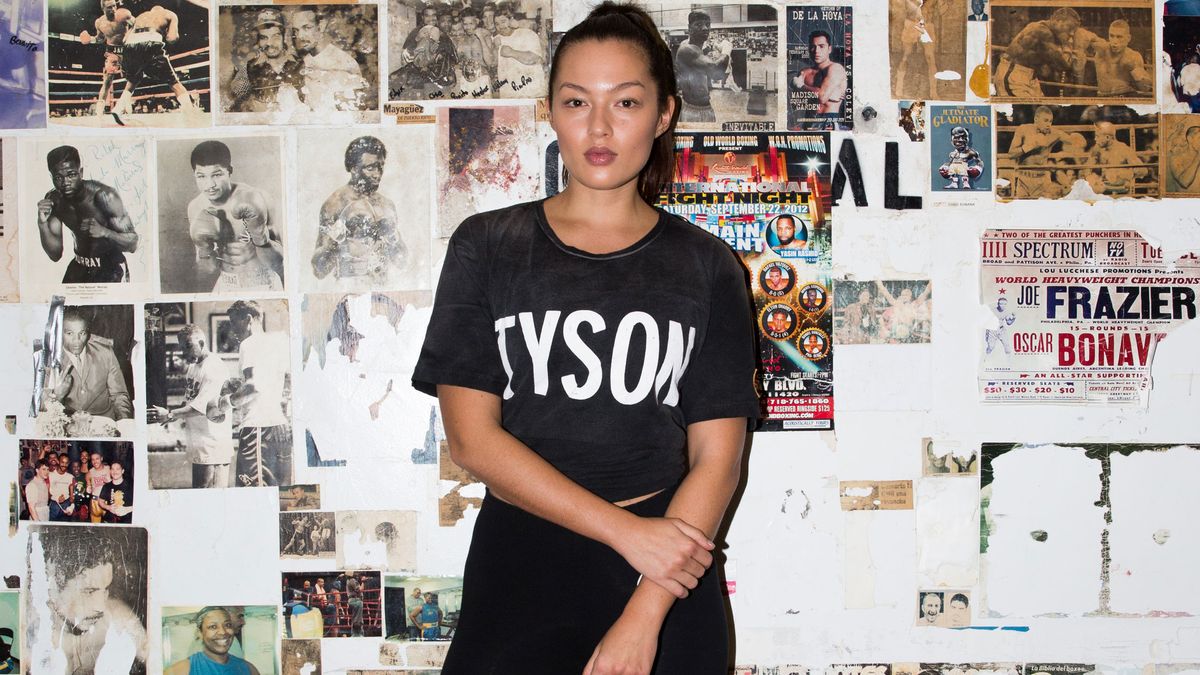 This Sports Illustrated Model Is Also a Champion for Body Positivity

Mia Kang (yes, the Sports Illustrated model who taught us how to work out like a Muay Thai fighter) began her modeling career at the age of 13: “I was scouted by my dance teacher; her friend owned a model agency, and she brought me in. A couple days later I booked my first shoot.” And in 2016 she was put into the model search for Sports Illustrated, which she won (’cause, hi, have you seen her?), resulting in this year being her rookie year with the mag. Not only is Kang living a life where she gets to travel to some of the most beautiful beaches in the world, but she’s also in the industry to make a difference. Kang herself has unfortunately suffered from eating disorders, as well as body dysmorphic disorder, anxiety and depression, along with a handful of other things—but rather than let all of that keep her down, Kang worked through it all, got back on her feet, and is now hoping to inspire other girls and women that they, too, can do the same. Kang’s mission is to empower women to feel comfortable in their skin and know that there is no such thing as an industry standard. Now that’s something we can get behind.

How she is leading by example for the next generation:

“I want to make a difference in the industry. I want to be the change that I want to see and that, quite frankly, the world needs. I grew up suffering from every type of eating disorder, body dysmorphic disorder, psychological trauma, anxiety, depression, addiction, insecurity—you name it! I’ve never been comfortable in my own skin. And largely this was fueled by images I saw in the media and what I was being told was the standard of beauty. Now I am healthy, fit, strong and happy, and I think that’s the type of women we should be having as examples for the next generation of girls. We need to have a diverse, healthy, attainable and realistic standard of beauty in the media. Not just sample size and plus size—true diversity.”

How bullying made her stronger:

“It’s a weird one because bullying is awful and I don’t wish it upon anyone. But at the same time, I’m thankful it happened (and still happens!) to me because it made me the strong woman I am today. We need to help equip one another with the correct tools and support to handle bullying.”

How she deals with online negativity:

“You’ll never stop the negative comments, and as success grows, there’s a lot more of it. I deal with it in different ways—if it’s a comment on my social media, I will delete it because I want my space to be one of good vibes only. I don’t condone cyberbullying in any form. You wouldn’t walk through the streets pointing at people, criticizing their appearance, so why the hell do you think you can do it online? If it’s a comment made at me during a live [story] or even a tweet, I might call them out. If you want to dish it out, you need to learn you’re going to get it back. Honestly, more than anything, people who go around body-shaming have my utmost sympathies. I think you have to be very unhappy to think it’s okay to throw such negativity and personally attack others’ appearances.”

The most important lesson she has learned throughout her career:

“Don’t let it get to your head. Modeling is not the center of the universe. Keep your feet on the ground. This is what I do, not who I am.”

The advice she would give to those looking to become a model: