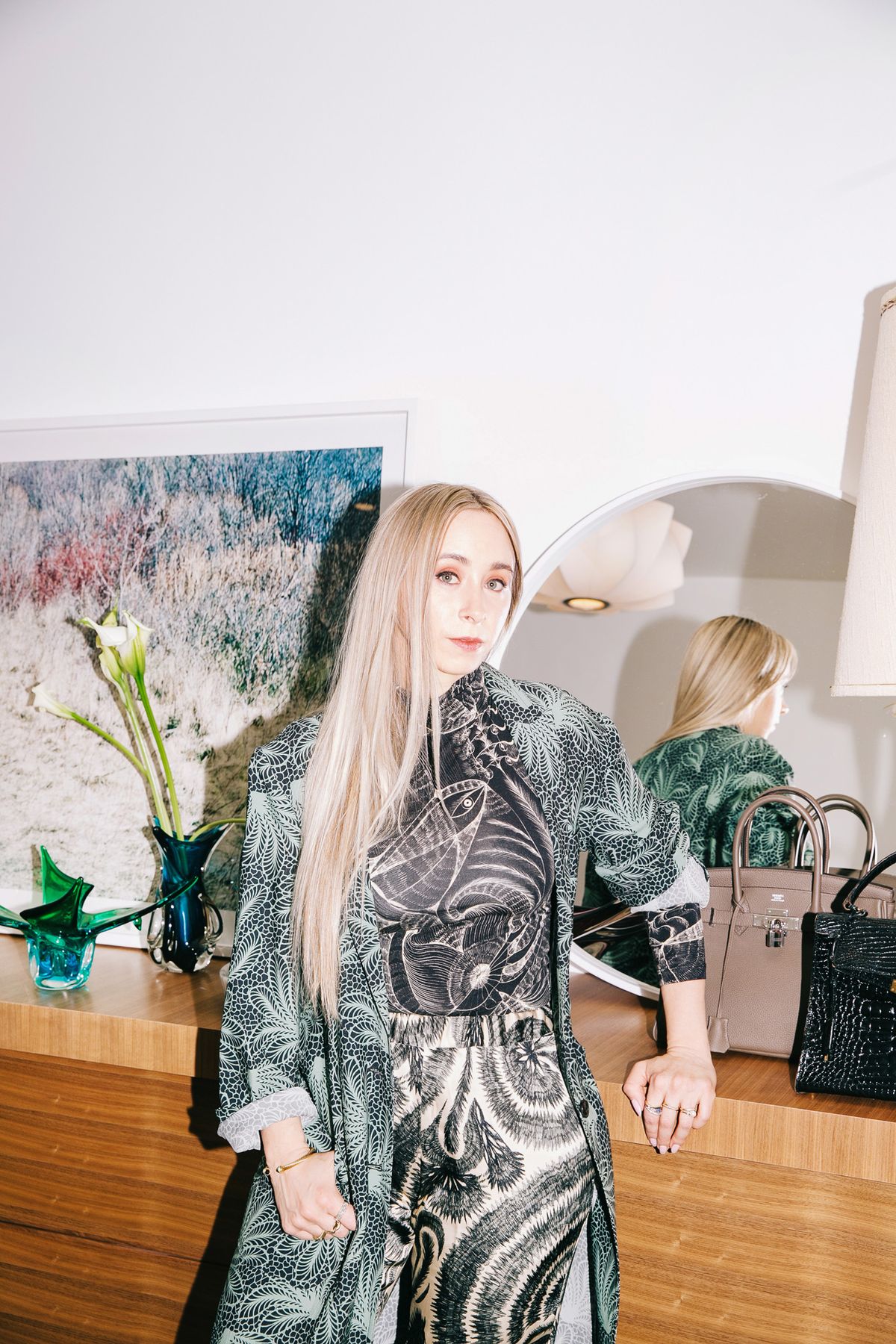 Britt Rawlinson is partial to Victoria Beckham and admits 90 percent of her pieces are from VSP. Toronto.

Jodi Taylor
Renata Kaveh
Gabby Sgherri, Jodi Taylor
Ask anyone where to shop for vintage luxury in Toronto, and they will point you in the direction of luxury consignment store VSP. Opened in 2013, the now 4,000-square-foot space is overflowing with the best Prada, Celine, Louis Vuitton, Isabel Marant, Comme des Garçons—honestly, you name the designer, and they have it. At the helm of this fairy-tale-like store is Britt Rawlinson, who grew up in the aisles of her mother’s luxury consignment store in Calgary, where Rawlinson was born. Growing up, the entrepreneur was always on the move, moving first to Vancouver to work at her mother’s second shop, and then on to New York, Amsterdam, and London, before landing in Toronto. It was there she realized that she wanted to follow in her mother’s footsteps and open up her own store, all thanks to an incident with some Celine bags, but we’ll get to that in a sec. Seven years in, VSP is thriving (if you don’t believe us, take a scroll through the store’s expertly curated Instagram feed) as much as Rawlinson’s wardrobe is—something we picked up on very quickly when we stopped by her place, which sits on top of the store. A quick browse through her racks and we realized that Victoria Beckham, Gabriela Hearst, and Dries van Noten were brands Rawlinson regularly stocked up on. We also noticed how functional her wardrobe was—which makes sense given that she has two-year-old twin boys. While we hung a few of Rawlinson’s floor-length Victoria Beckham dresses amongst hanging plants in the kitchen, she told us stories about her first-ever CHANEL jacket and all of the pieces that she never bought in the store but still dreams about today. We laid out Manolos with a Dolce & Gabbana blazer and fuchsia Louis Vuitton handbag, and at the same time, Rawlinson gave us the details on what it was like growing up in a consignment store, mentioning how fun it is that life is seemingly coming full circle with her boys now doing the same thing.
Closet

Britt Rawlinson is partial to Victoria Beckham and admits 90 percent of her pieces are from VSP. Toronto.

Philippa Price’s Closet Is a Sparkly, Vintage Paradise
Inside the CHANEL-Filled Closet of Marci Hirshleifer
Inside the Closet of the Couple Heading Fashion’s Biggest Brands
More From the series Closet