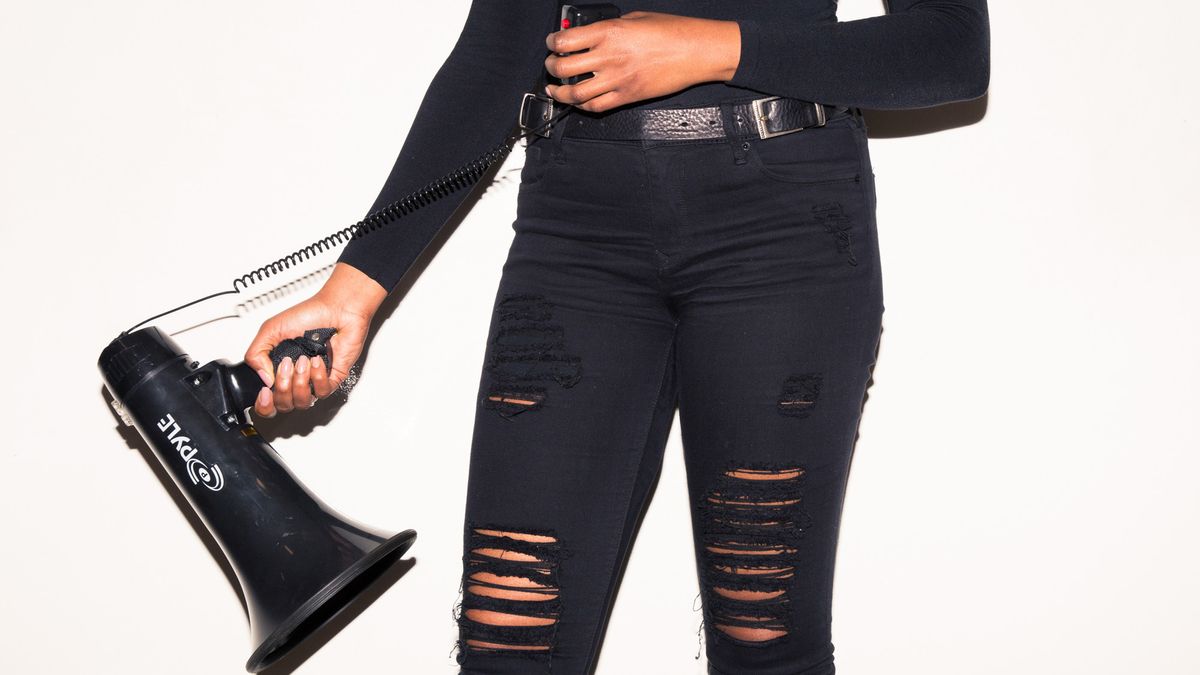 How to Avoid Talking Politics Over the Holidays

Some not at all over-the-top suggestions from an editor who has been there.

Ahhh, the holidays. The time when you can momentarily slip off the burdensome yoke of adulthood and return home into the loving arms of the family you forget about the other 51 weeks of the year. It’s a sigh of relief for us all, unless, of course, you belong to the 95 percent of people (I’m guessing) who are preparing to grit their teeth through multiple rounds of politically incorrect sparring at the dinner table. Just remember—preparation is key if you want to make it through with your dignity (and invitation to next year’s gathering) intact.

My tried and tested recommendations for survival are a combination of passive resistance, alcohol, and theatrics to get even the most hostile of relatives off your case. Sure, these might seem ridiculous in the extreme, but if it makes you feel better, I’ve yet to be written out of a will and I still repost left-leaning articles to Facebook whenever I please. Below are four completely real and not-at-all-ridiculous tactics to avoid a familial rampage this holiday season, based on degree of severity. Good luck, and godspeed!

Take it from me, it’s much harder to throw political punches when you’re constantly clutching a tumbler full of vodka. That’s the blessing of the holidays—it’s not only socially acceptable but required to show up on someone’s doorstep bearing a bottle of hooch. Feel free to drown your sorrows and your uncle’s commentary about the effects of the tax code on these damn millennials in whatever your parents keep stocked in the fridge.

This takes a degree of subtlety that might be difficult to master at first but will grow easier with practice. Most important, the plugs must be the same shade as your ears, with a mid-range muffle that still allows you to congenially bob your head when appropriate. You’ll be seen not only as pleasantly agreeable (a shocking change of pace from previous parties) but an exceptional listener as well, all while keeping your internal screams of outrage at a minimum.

This strategy is most effective when spending the holidays in the company of new people, i.e., your significant other’s painfully conservative family. It’s time to bust out that broken French you spent four distant years of high school learning, kiss even the littlest of cousins on the cheek, and offend basically every French person with a horrendous but charming accent. Just be wary if you actually do speak a foreign language, because you’ll never be allowed to break character again.

Level 4: Throw Yourself on the Floor in Peaceful Protest

Consider this only as a last resort, when the terms “Donald Trump,” “Planned Parenthood,” or “fake news” crash their way into the conversation. There’s no right way to circumvent these bombshells, so I can only recommend setting down your fourth glass of white wine and hurling your body onto your grandmother’s shag carpet. Close your eyes and let the waves of concern, outrage, and confusion wash over you like a cleansing bath. Breathe deeply and know that every second you spend sprawled on the floor next to the family dog is one step closer to exiting that godforsaken house and its political firestorm forever. Until next year, of course.