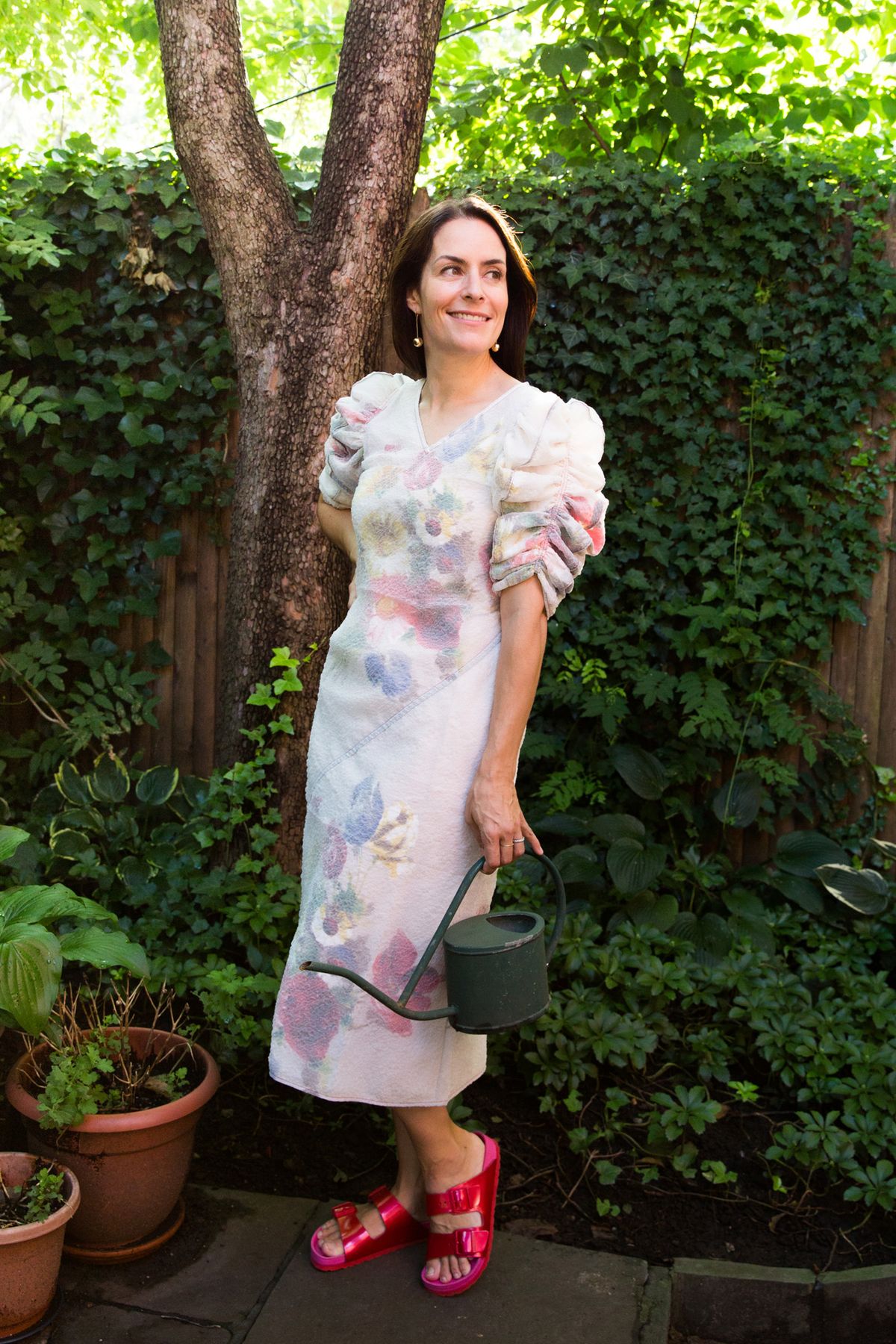 Stella Bugbee’s Closet Also Happens to be Her Kitchen

There are Céline shoes where dishes should be and a Prada purse in the sink. New York.

Tara Gonzalez
Alec Kugler
Hannah Baxter, Laurel Pantin, Tara Gonzalez
If Stella Bugbee’s style could be a place it would be a kitchen, not for the purpose of a metaphor or a simile but because that’s exactly where it is. There are shoes in cabinets and purses in sinks, a creative way of using an extra kitchen instead of renovating. It feels so entirely out of place and yet not at all, an extension of Stella’s ability to create spaces for things where they are unexpected. As the Editor-in-Chief of The Cut she has created an online hub for women interested in style and politics, in love and war. “Why wouldn’t a smart woman who cares about how she moves around in the world and what she wears also care about the politics that affect her life?” She asks the question in our interview and on The Cut, where every article is written for women interested in both hems and headlines. The way different articles on style and politics coincide–side by side–makes you wonder, why not? Looking at Stella’s closet with her shoes in cupboards, it’s easy to ask the same question: why not? Why not put your closet with your cabinets? Why not put your purse in your sink? If Stella Bugbee’s style could be a song, she laughs and says it would be “Helpless” by Neil Young before deciding on jazz musician Alice Coltrane’s “Turiya & Ramakrishna.” Stella’s closet is a tight edit of carefully curated pieces and the ease of her style feels like the ease of the piano keys–clearly and calmly thought out. No excess. When I ask if her style could be a painting she says it would be a Helen Frankenthaler. Although I don’t inquire further and she doesn’t specify, I’m almost positive it would be one with red splashed on top of red on top of red. Her favorite color reveals itself almost immediately, with six hangers of red dresses dangling across from a pair of red sunglasses and red bags and red shoes. If Stella Bugbee’s style could be a color, it would be just that: red. Her love for the color is like the kitchen, just something that happened, “I feel like people want to talk to you when you wear all red.” Considering red is representative of love and war and power, it’s no coincidence the color is conversational. All of these words have also been sections of The Cut, Love & War being an old category and Power a new one, revealed this Monday with the site’s new redesign and alongside the categories Style, Self and Culture. In the last line of her most recent editor’s letter, Stella talks about the new Cut as she would an outfit, “In our case, we’re now dressing for the job we have: showing the world what women are made of.” And if the new Cut were an outfit it would probably flow like a jazz song and look like abstract expressionism; it would be head-to-toe red hanging over a sink and Stella Bugbee would wear it to talk about everything from Prada to the Presidency. Click through to read what Stella takes with her to every Ralph Lauren show, how The Cut’s new logo was designed with an Hermès bag in mind, and why wearing all red is the best style hack. Shop her style here.
Closet

There are Céline shoes where dishes should be and a Prada purse in the sink. New York.