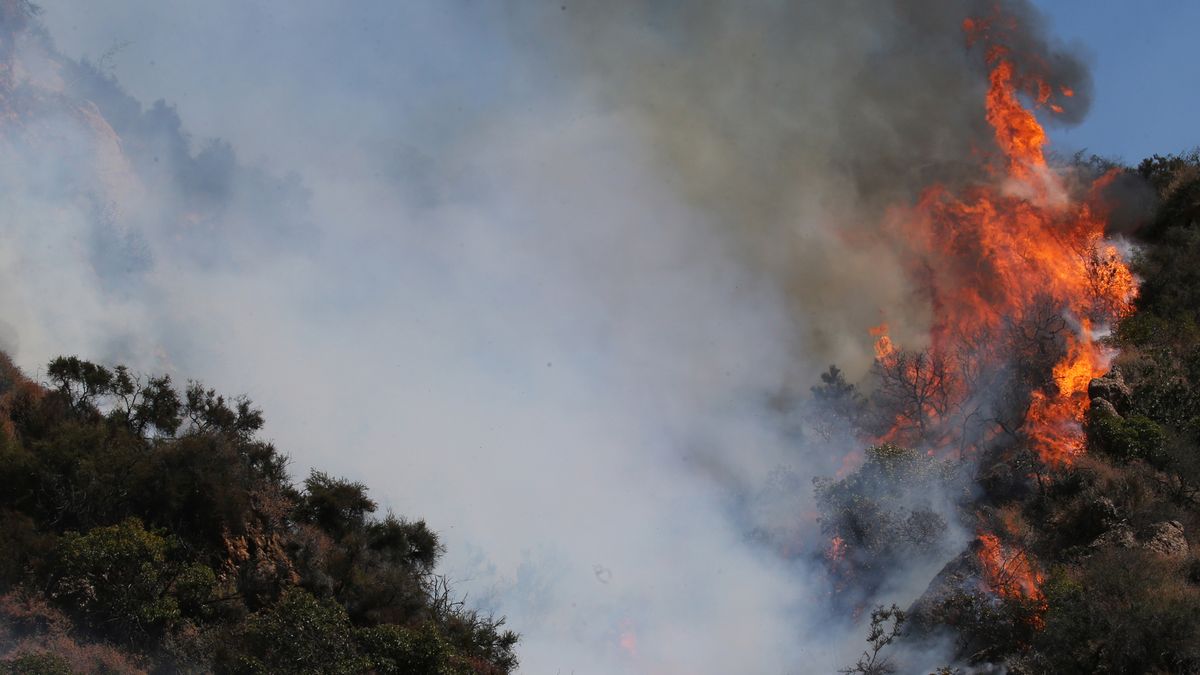 Wildfires Are More Common Than Ever

Why they’re not going away, and how we can help those affected in L.A. right now.

L.A. is on fire. Wildfires have long been inherent to the State of California, but last year’s outbreak of wildfires were the deadliest the state had ever seen, and right now, California is in a state of emergency as the Kincade and Getty fires burn.

Almost 200,000 Californians have been evacuated from their homes, and more than 2 million people have no power, though that number will likely rise as massive blackouts seem inevitable in the face of high Santa Ana winds.

Just last week, as the Kincade fire destroyed thousands of acres in wine country, including the historic Soda Rock Winery, the New York Times published a major story about how we’re going to have to “learn to live with fire.” And while that may sound impossible and even a little careless as people lose their homes—and their lives—climate change has made it impossible to believe otherwise.

Wildfires seem to only be growing worse in our warming world. “I think the perception is that we’re supposed to control them. But in a lot of cases we cannot,” John Abatzoglou, an associate professor at the University of Idaho, told the Times. “And that may allow us to think a little bit differently about how we live with fire. We call it wildfire for [a] reason—it’s not domesticated fire.”

In May, David Wallace-Wells summed up the current state of affairs well in New York. “In the mythology of Los Angeles, fires are an eternal feature of the landscape,” he wrote. “But in a time of environmental panic, last year’s fires played more like a portent of something new.”

He continued, illustrating the changing times for many Californians. “The same resident of Inglewood or West Hollywood or Culver City who might once have looked up from his driveway to see the same smoke plume suspended above the city’s flatlands or driven past the same flickering flames along the 405 and thought, California, now sees them and thinks, Climate change,” he wrote.

Early this morning, Julia Wick in the L.A. Times wrote about her experience covering the raging fires. “You run to cover one fire across the state and wake up to find your city back in danger 400 miles to the south,” she wrote. “So this is what it’s like to be a Californian in 2019, I thought, as I maneuvered a rental car down a country road in the inky, blackout darkness. You can’t run toward or away from danger, because it’s all around. There is the distinct feeling that nowhere is immune.”

If no one is immune and smoke that once was viewed from a distance, suspended in a groovy California haze, is now destroying entire neighborhoods, what is there to be done?

For starters, you can donate to the LAFD Foundation, which supports 3,300 firefighters with equipment, training, and public outreach programs in addition to city resources. A $75 donation buys a particulate barrier hood, $45 buys protective gloves, and $100 buys carcinogen-containment gear bags for firefighters.

There’s also the Widows, Orphans & Disabled Firefighters Fund; the Fire Family Foundation; the California Community Foundation’s Wildlife Relief Fund, which provides immediate financial assistance to those who have lost their homes in the fires; the United Way of Greater Los Angeles and Northern California, which offers emergency help to victims, especially those who are in a low-income bracket; the American Red Cross of Los Angeles, which provides shelter and emergency assistance to more than 10 million people in 88 cities; and the American Red Cross of Northern California, similarly assisting more than 8 million people in 16 counties.

Wildfire might make you feel small, as though there’s nothing you can do to help—but donations of any amount can help to save lives and give people nourishment and shelter amidst tragedy, as can spreading awareness. And those, in and of themselves, are powerful actions.

7 Secrets I Learned Making $11 Million for Charity
Over Plastic Straws? There’s a Luxury Solution to That
Jewelry Designer Waris Ahluwalia on Why Philanthropy Is Part of Wellness