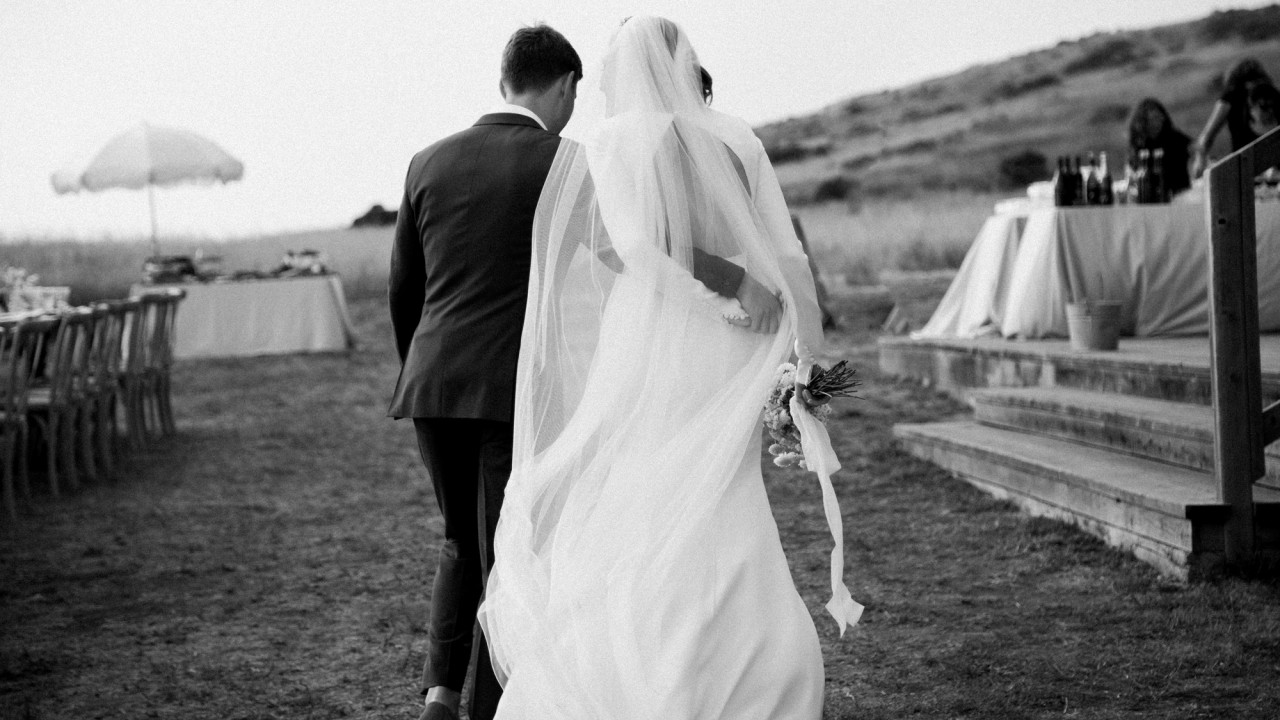 I Ordered a Custom Wedding Dress Online for $1,000

What it’s like to buy a wedding dress without ever trying it on.

As told to Noah Lehava:

I went to probably 10 boutiques and tried on about five dresses at each one and really only fell in love with one design, and it was three times my budget. So I decided I might as well look into custom making a dress. My initial goal was to find a store where I could go in and get measured and where someone could help create it with me. I Googled custom wedding dresses, and I found the company Anomalie that I ended up going with.

The process was really easy and great. I found them on a Google search, and I hadn’t heard of anybody that had used them, so I was obviously skeptical and nervous. The first step is an introductory call with one of their account managers. They send you a link, and it’s basically like a portal for you to co-create your dress—it leads you through nine different steps. Step one is to create a vision board; any dresses that you loved, things you tried on, fabrics that you like, types of laces, and things like that. You put it onto this vision board, and then you get on a call with one of their stylists, and you walk through the exact design that you want. So, for me, I wanted longer sleeves; I knew I wanted exactly 10 buttons on my sleeves. I stalked so much on Pinterest that I just had everything I liked. I saw some designs that had three buttons on the sleeves, and they didn’t feel like it was enough, but then some people did buttons all the way up to the elbows, which I felt was too much. 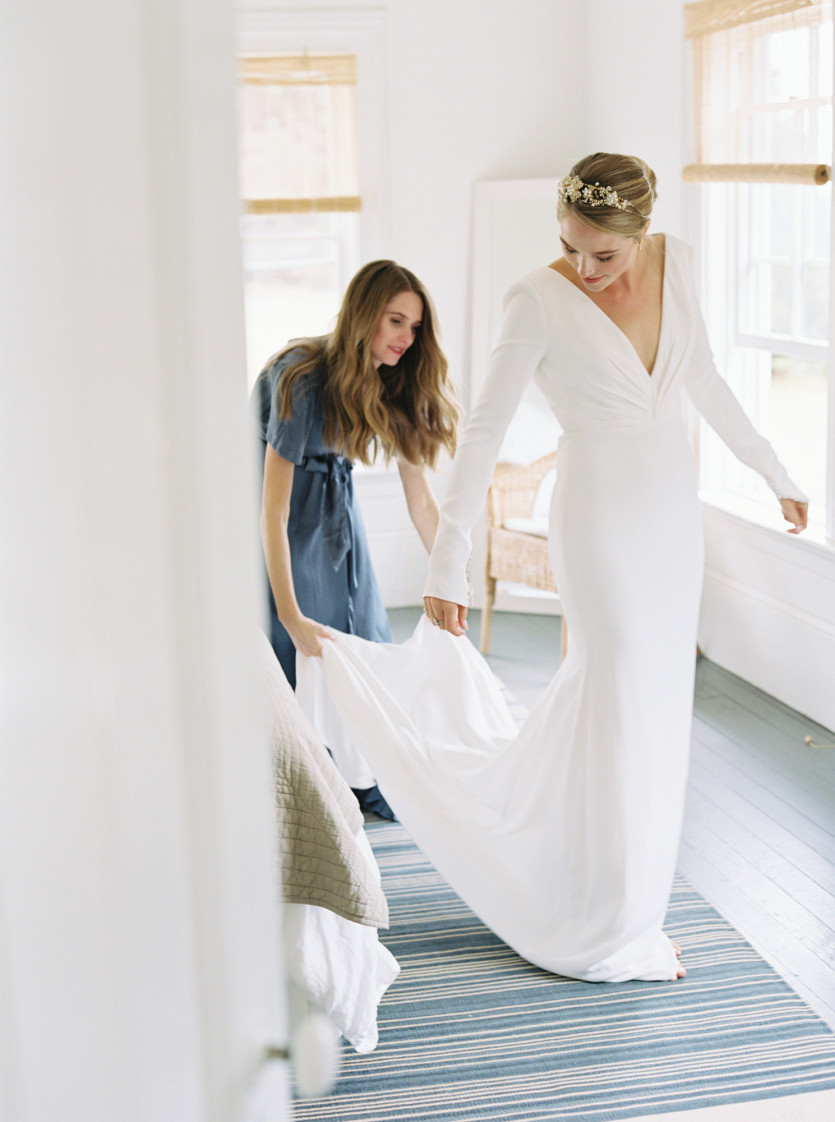 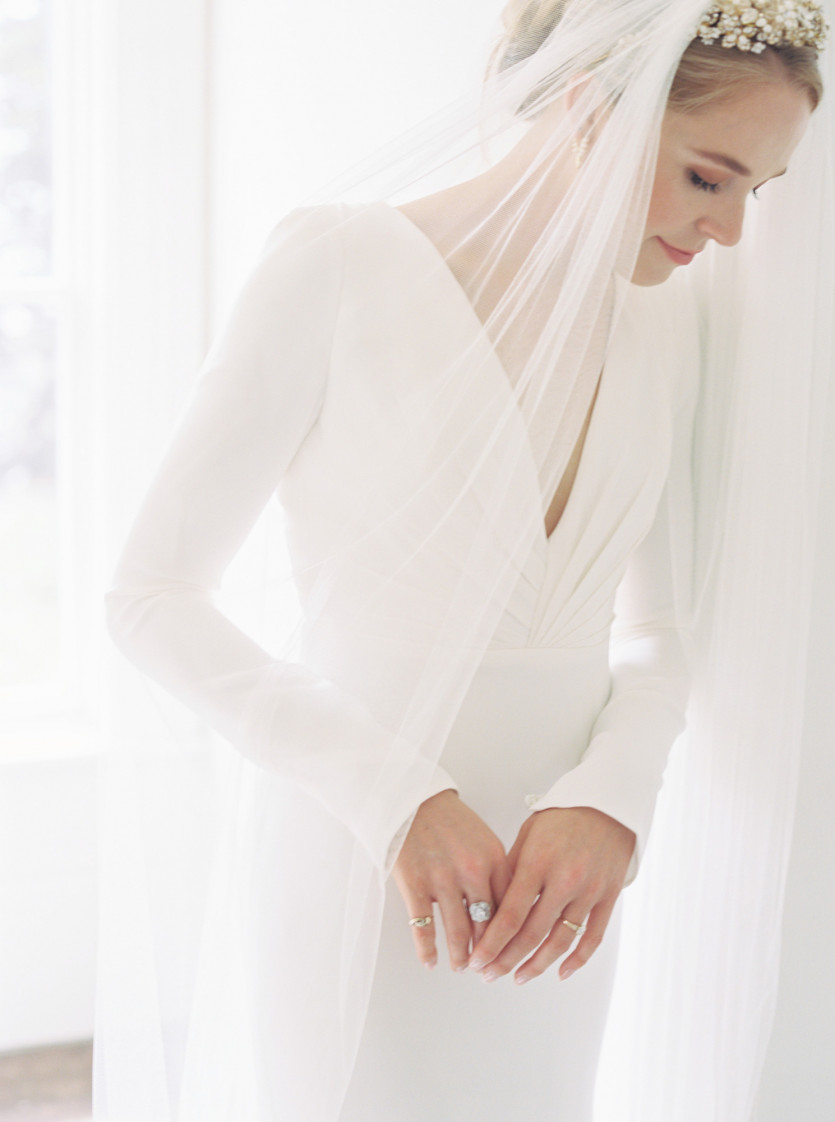 My inspiration dresses were from Alex Carl and Jamie Schneider. I loved their dresses; I had all these photos uploaded to my mood board. I talked to the stylist about different styles I had tried on. I wanted a fabric that was like silk and something that fell to your body. Then she sent me a sketch in my portal, I reviewed it, I gave some feedback, and then they sent an updated sketch. I went back and forth three times on what I wanted the back of the dress to look like. They were really helpful, and they gave functionality recommendations, [like], “If you go too much higher, you’re going to have gaping in the side; if we close it up, it’s going to be full-coverage, and I think you want open-back,” and also things they think work with the fabric.

Then they send you a little fabric package. They gave me a range from off-white to stark white in different silks. I think I saw seven to 10 different fabric swatches that they sent in the mail. Since everything is lined, I went back and asked for a recommendation, because I was torn between two. They sent example photos and suggested one was way more flattering with a fitted dress, so I went with that one. Then it’s radio silent for about six months. Finally, they send update photos when it’s done, and then they QA [quality assurance] it in their store in Arizona before sending it to you.

When you get the dress, you have to do in-person alterations. One reason I chose to go with Anomalie was because the alteration people that they recommended are the top alterations in New York, so I felt like they had good connections. 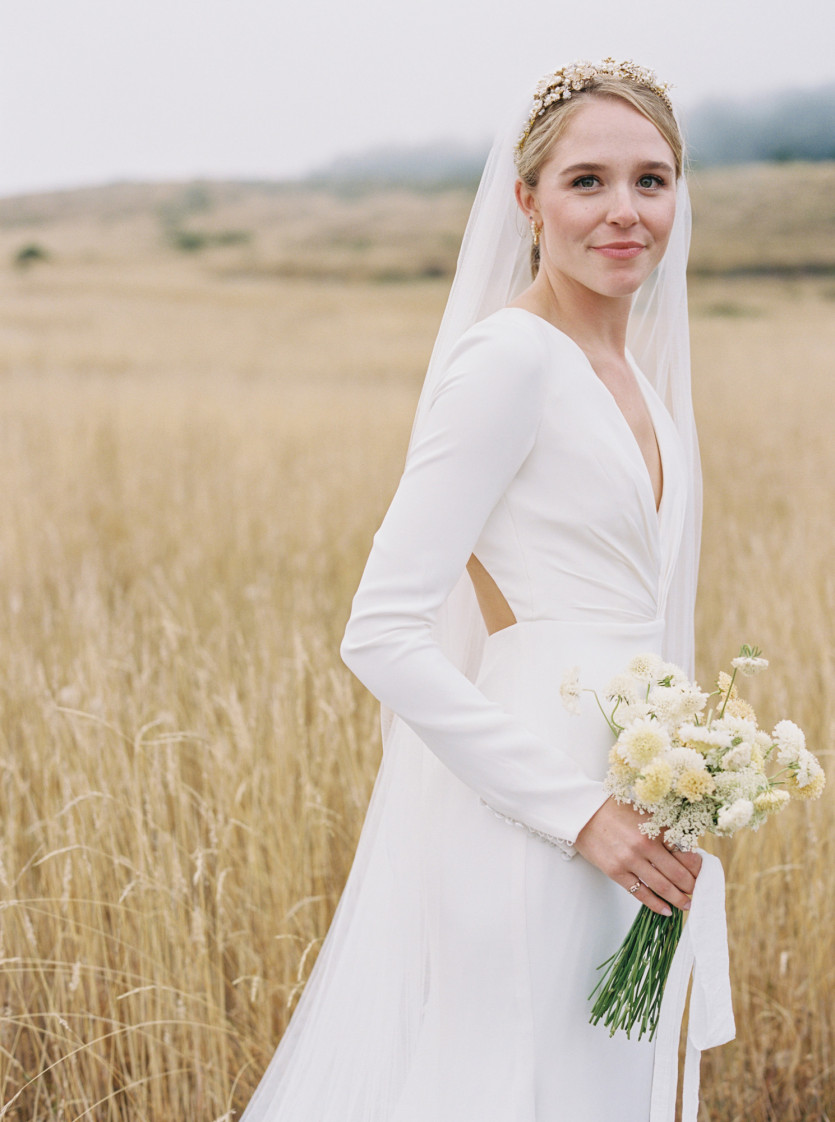 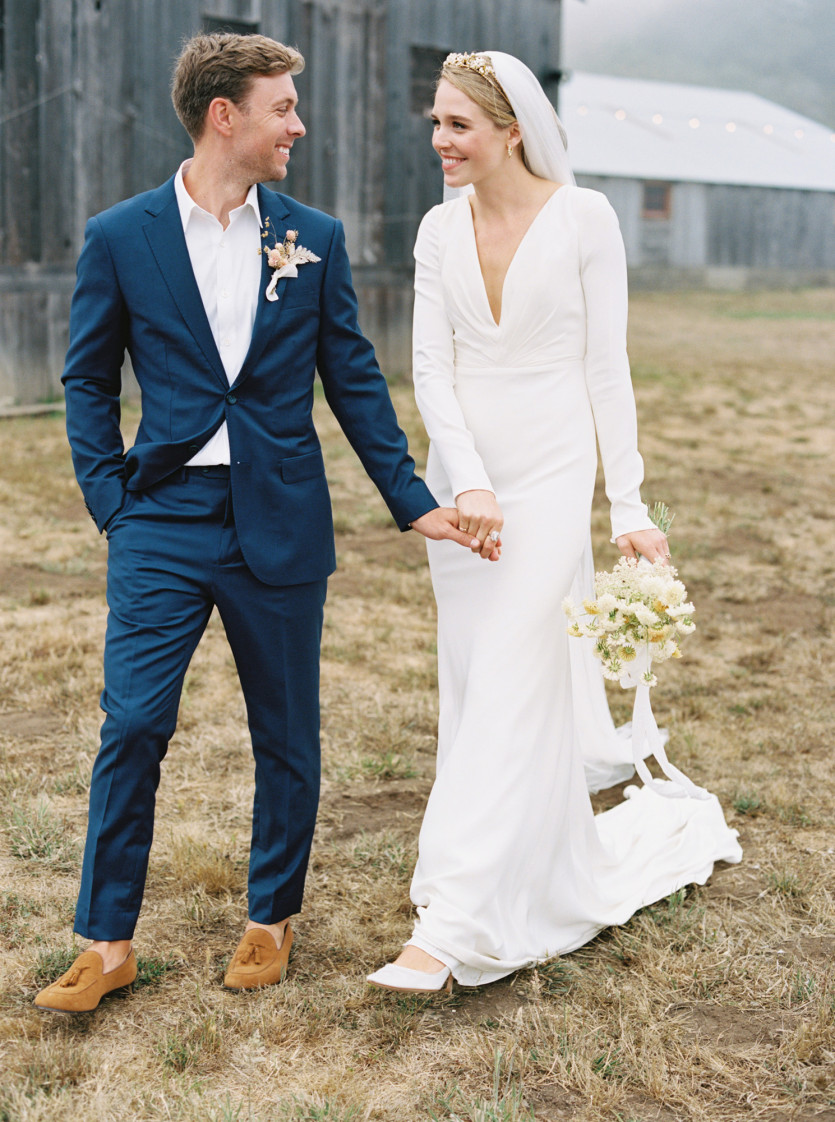 The alterations are an extra cost. But for the customization, the dresses range from $1,000 to $3,000. Mine came in at the entry cost, and then I had about $700 in alterations. When my dress first arrived, it was huge! But I would say that’s true with all dresses; even if you get them at a boutique from a designer, you have to do alterations unless your body is specific to an exact size.

The really nice thing was that they had made an error and included boob cups that I had specifically said I didn’t want, so when my alterations had to be done, I wrote Anomalie and they covered both of those costs. They were really helpful and nice, and they ended up covering some of my alteration costs.

I would definitely do it the same way all over again. At the wedding, everyone asked me where I got my dress, and I told them that I got to design it, which I thought was special. I didn’t want to end up with a wedding dress I knew somebody else had, so it was nice being able to create an heirloom piece that is super personal.”