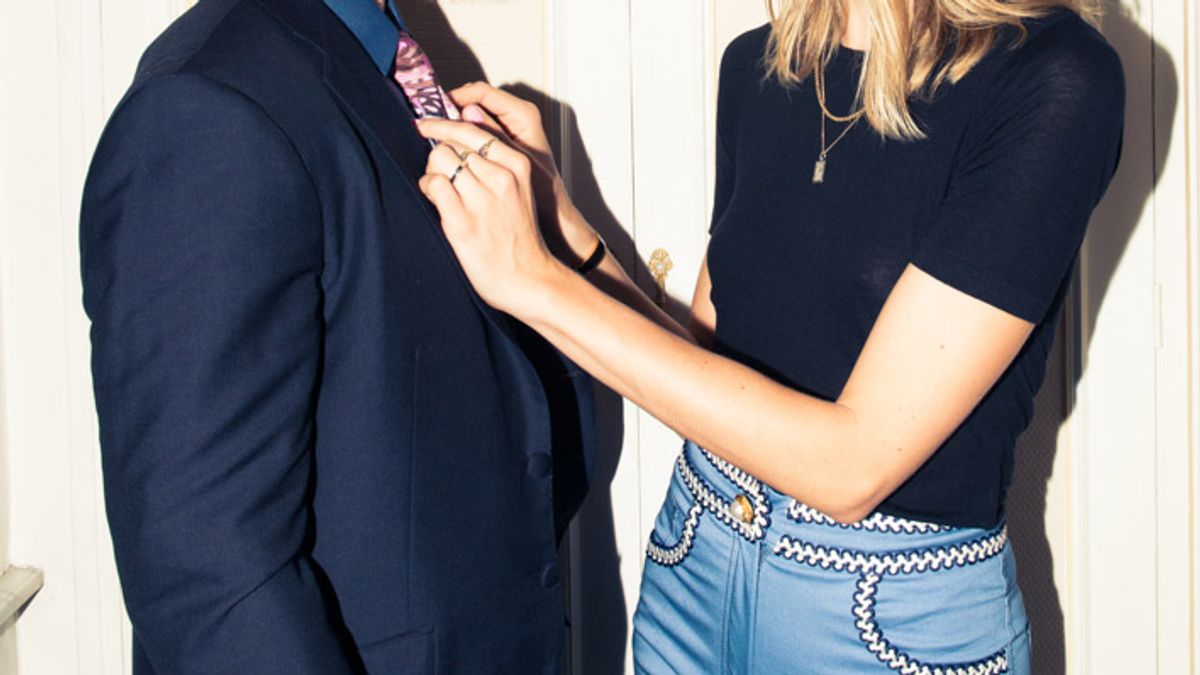 Love sh*t-talking about dudes’ bad behavior? Read this before your next rant.

It’s a refrain we’ve heard over and over again in the past year or so. We hear it slurred over glasses of wine between friends. We see it explained in long Twitter threads. We read it in frantic text messages sent after terrible first dates. As more and more powerful men tumble from grace in our post-Me Too era, and more and more women feel emboldened to speak out about how terribly some of the men they encounter in life behave, “men are trash” has become a kind of rally call. Men are pigs! Men are jerks! They’ve never been called out before, so let’s make sure to call them out now!

I myself am guilty of declaring that men are pigs. (I go on way too many first dates to not believe that some subset of the male gender is a pile of garbage.) But lately, I’ve been trying to strike the phrase from my rhetoric. In fact, I think it’s time for women in general to start doing better than “men are trash.”

That’s not to say I wholeheartedly agree with the #notallmen subset of the internet. Nor does it mean I believe the phrase “men are trash” should get you banned from Facebook. But I think that if the end goal of #MeToo and Time’s Up is to actually change male behavior and influence the men in our lives to do better, it’s time to stop calling them all jerks, assholes, pigs, trash bags, Dumpster fires… OK, OK. I’ll stop.

I’m not alone in this. “It’s really paradoxical to attempt to set better standards for male behavior, but then also declare that they’re not going to meet those standards,” says Andrea Bonior, PhD, a psychologist and author. “If we’re making general, sweeping statements about what men are capable of like this, we’re making [the problem] more about their inherent disposition rather than the cultural context that we can change.” And while plenty of women will argue that this phrase is more of a vent of anger than a literal declaration, the point still stands: The more we hear something, the more we tend to believe it’s true.

From a psychological standpoint, men aren’t born with the innate instinct to be trash. The majority of that behavior is learned through a culture of patriarchy and misogyny. And sociologists agree. “Under patriarchy, we are socialized to value men more highly than women,” says Samantha Fox, an assistant professor in the department of sociology at Michigan State University. It’s socialization, not instinct, that teaches men to behave badly. “We have all heard that nice guys finish last,” Fox says. “This is a deep-seated idea. Everyone has been socialized and disciplined to the expectations of patriarchal masculinity.” So even if a dude is a “good dude,” he may behave badly out of fear of being labeled a pussy.

In her book Unscrewed: Women, Sex, Power, and How to Stop Letting the System Screw Us All, author Jaclyn Friedman agrees with this idea. “Most of these guys are well-meaning humans who’ve just never been required to do better,” she writes. “On the contrary, many have experienced social shaming and even male-on-male violence when they’ve dared to be ‘too’ respectful of women.” We live in a world where men who treat women too nicely are called sissies and pussies. Men taunt them, and plenty of women don’t want to date them. Is it any wonder we’re screwed up?

Fox argues that when women use phrases like “men are trash,” we’re actually participating in the culture we’re actively working to dismantle. “Under patriarchy, men are viewed as having the right to dominate over anyone and anything deemed weak, especially women,” she says. “What this looks like in practice is that women adopt this patriarchal mentality, taking the perspective of men as their own and reinforcing male domination.” Fox maintains that to call men “pigs” or “trash” is an affirmation of patriarchal masculinity. “This is a cultivation of confusion, and it can be detrimental to relationships,” she says.

So detrimental, in fact, that it can keep men from wanting to be our allies—something we sorely need if we ever hope to move beyond a culture which applauds men for their bad behavior. “It becomes self-fulfilling prophecy,” Bonior says. “If people think ‘My behavior is going to be interpreted through the lens of me being a bad person no matter what I do,’ they’re not going to be as motivated to be a good person.” She related the scenario to that of an employee with a terrible boss who calls the employee incompetent. “They’re going to be less motivated to rise up to the challenge, because you know the lens through which that boss sees you, regardless of your actual behavior,” she says.

All of this points to the fact that women need to let go of the “men are pigs” narrative. We need to take the moral high ground and instead of yelling at men for behavior that they’ve been taught their whole lives, attack the institutions that allow them to behave this way. It also means that we need to be leading this charge and taking men with us—we can’t expect men to change something like this on their own.

This is where most women find themselves between a rock and a hard place. We’ve done this emotional labor our whole lives—with women in minority groups doing the most heavy lifting of all. Why do we need to keep doing the work? Why shouldn’t men just figure this out on their own?

Friedman puts it pretty perfectly in her book:

“If opting out of men and building a separatist paradise won’t save us, what are we supposed to do about masculinity? Let’s start by building a complete narrative about the harms of toxic masculinity, one that includes men among its victims.

“I’ll confess to having choked on a little bile as I wrote that. The harm done to women in the name of manliness should be more than enough to convince men they need a new way. But it’s not. It’s just not. And if we can motivate more men by demonstrating how old models of masculinity don’t serve their best interests, I’ll take it.”

Friedman is, sadly, correct. “If we expect men to just get it on their own—it hasn’t happened yet,” Bonior says. “Would we rather put forth effort that actually produces change and have change be the outcome, or would we rather just throw our hands up?”

If real change is what we want the outcome to be, we should start to reframe “effort” as “opportunity.” One way to do that, according to Bonior? Instead of saying “men are trash,” trying to be a little more specific with our criticism is a first step. “Specific conversations, like telling a partner that their laughing at a specific joke was disrespectful, are going to go much further than the generalities,” she said. “We’ve got a toxic environment here.”

By saying that “men are trash,” we’re blaming the problem on men themselves. And while some of them are totally to blame, we’re cutting the problem off at the knees. As women, we’re so willing to be cultural critics when it comes to our own oppression, internalized misogyny, and views of femininity. We’re able to look bigger then, and we need to be able to look bigger in these situations, too. When we declare that all men are pigs, we’re not taking the time to unpack how the patriarchy negatively affects us all. That’s what we need to be working on, and as frustrating as it seems, we can’t eliminate this enemy on our own. We need men for progress, too—even the piggy ones.

What Gossiping about Kimye Divorce Rumors Does to Your Own Relationship
Did the Women’s March Actually Accomplish Anything?
How Moving Out Saved My Relationship
More From the series Opinion

Why I’m Pumping the Brakes on “Self-Care”