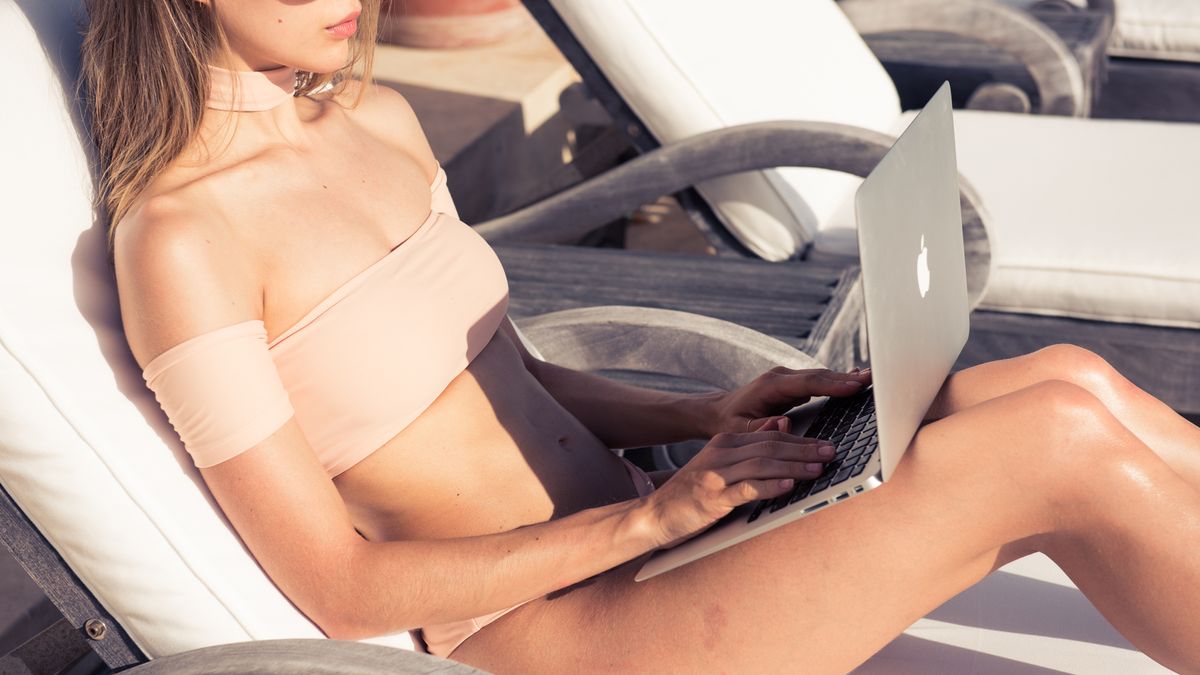 Internet Addiction Is Real—and This Might Be the Answer

A new study sheds light on the struggle to unplug.

In the early days of the internet, addiction to the endless scrolling and clicking was largely dismissed; we didn’t have proper understanding of the power of its grip. But today, while many people know they spend too much time online, some struggle more than others to put down the phone and go out and smell the fresh air.

In a new German study, researchers found that one treatment for internet addiction is particularly effective: cognitive behavioral therapy (CBT). In a group of 143 men, almost 70 percent of participants who received short-term CBT entered remission. Only 24 percent of those on the wait list to receive therapy entered remission.

Researchers based the study on criteria for internet addiction that includes “frequency of internet activity, withdrawal symptoms, preoccupation with the internet, and a loss of interest in other life activities,” as CNN reports. They defined internet addiction as “excessive use of the internet that negatively affects family, social, work, and other aspects of life.”

Of course, more research is called for—this study only looked at men, and 143 men in Germany is not nearly enough of a wide swath to be definitive, especially since only 100 of them finished the study. But because the remission success rate was so high, it’s an interesting start and could lead to more substantive studies in the future.

It was only last year that the World Health Organization officially recognized internet gaming disorder as a mental health condition. Their criteria for the disorder is that one has to have experienced 12 months or more of “recurrent patterns of gaming, loss of control, and continued behavior even after causing negative consequences and distress in other aspects of life,” according to CNN.

We’ve hit a peak addiction point worldwide—one recent study estimated that 6 percent of people in 31 nations across seven world regions are addicted to the internet. The Middle East had the highest prevalence, with an estimated 10.9 percent of the population struggling to log off, and Northern and Western Europe had the lowest levels of addiction, about 2.6 percent. That study noted that internet addiction was found to be higher in nations with “greater traffic time consumption, pollution, and dissatisfaction with life in general.”

Though there’s nothing inherently wrong with the internet, the study of worldwide internet addiction patterns observed that “prevalence [of internet addiction] is inversely associated with the quality of life, as reflected by both subjective (life satisfaction) and objective (quality of environmental conditions) indicators.” Sounds about right.

One day last week, I noticed that every single person walking on my block was looking at their phones. No one was looking where they were going. Everyone was walking drunkenly. It was a real moment of clarity. And though being glued to your phone does not constitute an internet addiction (thankfully!), even most of us who wouldn’t qualify for actual addiction could probably stand to put our phones on airplane mode, close our laptops, and touch the pages of a book from time to time.

If you or someone you care about is struggling with internet addiction, there are many resources out there, including a national hotline for substance abuse and mental health services. You don’t have to face it alone.

What Is the Future of Technology?
Is Marijuana Really as Chill as We Think?
Alert: The Juul May Be More Harmful Than We Thought

Mindfulness
More From the series Culture