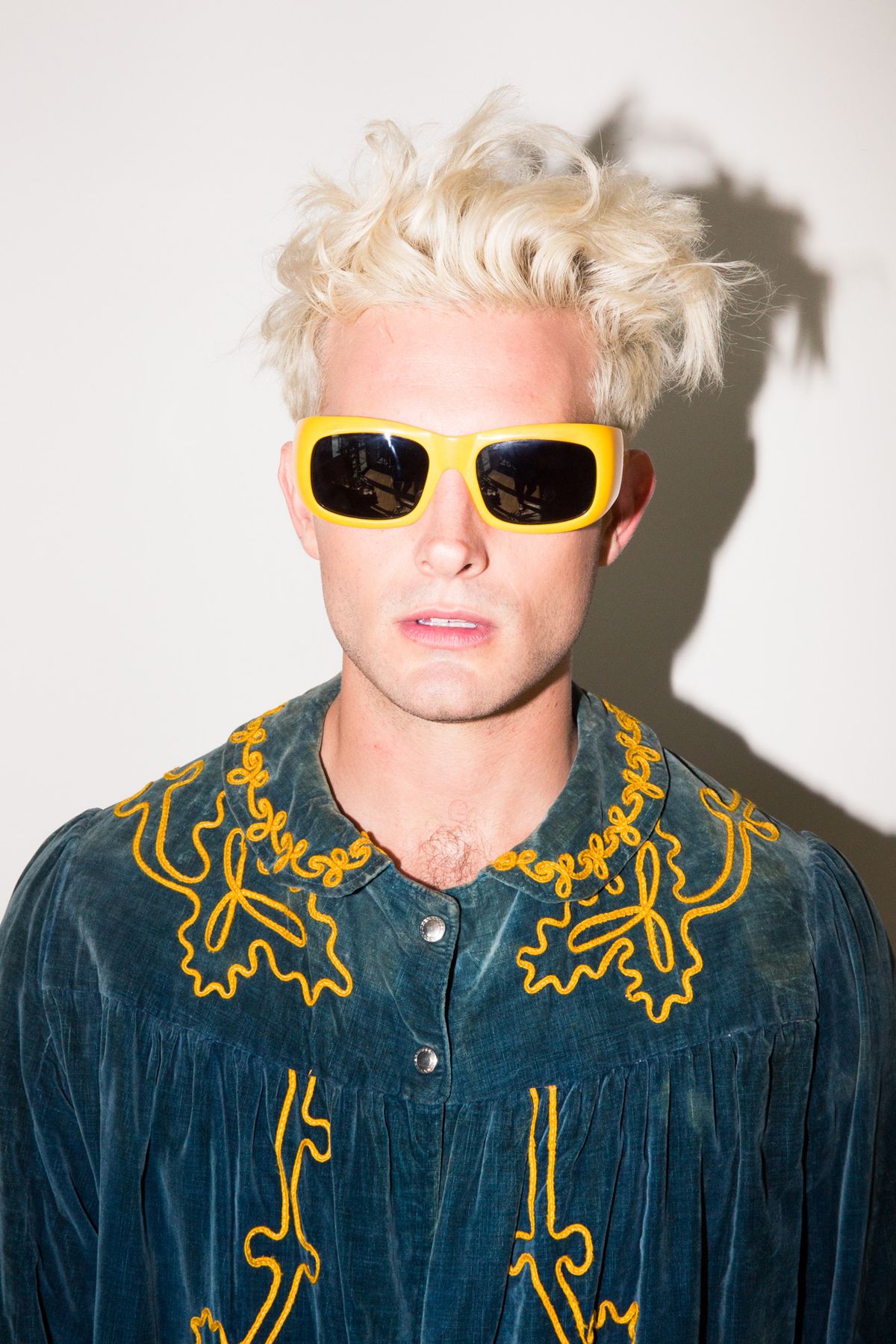 Needless to say, we had one heck of a visit at his Williamsburg apartment. New York.

Samantha Sutton
Alec Kugler
Laurel Pantin, Tara Gonzalez
Since the second I left that Williamsburg penthouse, no story has been more exciting for me to tell than “that time I interviewed Nico Tortorella.” It’s true, the Younger actor is blessed: His face is gor-geous, his body is muscular, and he can pull off lacy lingerie just as well as he can a leather jacket. But the part that left me unable to talk about anything else for days afterward? The fact that Nico’s so into the spiritual world, Etsy-bought clothes, energy, and tarot cards (he even read mine). If you’re a fan of the actor, most of this stuff should come as no surprise; he’s as open as open gets and has talked endlessly about being both polyamorous and bisexual. He’s even covered magazines with his longtime romantic partner, Bethany Meyers, and has a podcast called The Love Bomb, where he talks about similar topics (guests have ranged from Courtney Love to Todrick Hall to the psychic medium John Edward). Of course we chatted about all of that, as well as his fascination with Freemasons, doing ayahuasca, and how he got his dog from a fan who reached out via Instagram. (Didn’t I tell you this is my favorite story?)
Celebrity

Needless to say, we had one heck of a visit at his Williamsburg apartment. New York.