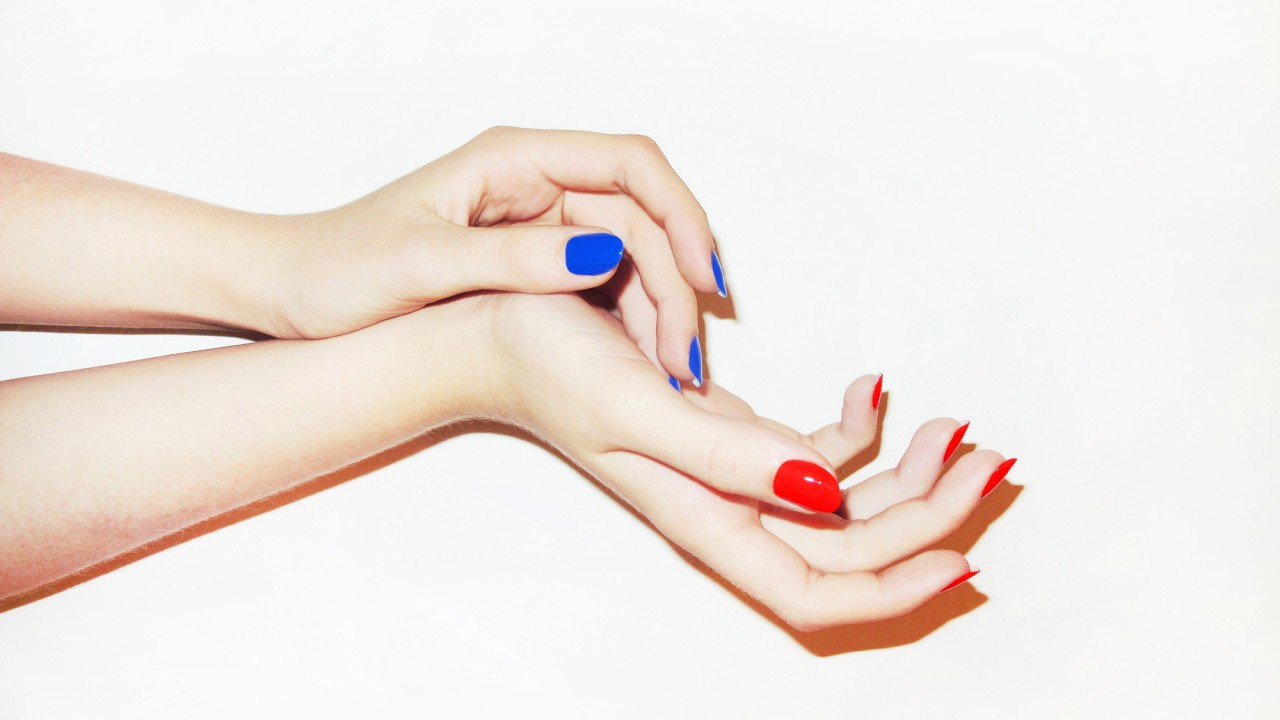 The Trick That Finally Got Me to Stop Biting My Nails

I’ve been a nail-biter for as long as I can remember. And if you’re reading this, you likely have been one, too.

As a kid, it was no big deal. Me biting my nails at school was really no different than the six-year-old kid sitting across from me picking his nose. Except, you know, my bad habit was slightly less gross. Anyone under the age of 10 can pretty much get away with anything they want without it being too disgusting, so despite my parents scolding me every time they caught me doing it, I persevered.

Once I hit my teen years and my sole focus turned into impressing boys, I kept my nail-biting tendencies on the DL and usually only did the deed when I was at home hanging out or watching TV. That didn’t help how my fingers always looked, though: While my friends had nice long nails, mine were always short and stubby, hidden under a coat of bright pink nail polish. I tried quitting a countless number of times as a teen but didn’t put in a whole lot of effort. Shocker—because of that, quitting never lasted long.

The habit continued throughout college and into adulthood once I graduated, going through constant waves of quitting for a couple weeks then going back to it almost immediately. I would do it when I was nervous or uncomfortable, but I would also do it out of sheer boredom. Plus, I kind of liked it. To me, it was similar to the satisfaction of scratching an itch…until I had gnawed off all my nails to stubs and was left mad at myself, once again, for going back to my old habit.

My first almost-breakthrough happened when I started getting regular manicures. Because in New York City, that’s what adults do. When I painted my nails myself, it didn’t take long for me to start peeling off the polish. But the embarrassment of having my manicurist try to paint my stubs without getting polish all over my skin was agonizing enough to start growing them out—and leave them alone.

This worked for a while, but it wasn’t a permanent fix. When my nails were all done up, I was fine. But the second my nails started chipping, back to biting I’d go. Gel manicures were better, since they lasted longer, but that turned into another fun habit: peeling the gel once it started to come off. It wasn’t as bad, but a habit nonetheless. I even tried putting a few Band-Aids over my fingers when I was home to try to stop myself from mindlessly picking at them while hanging around the apartment. Cute? Yeah, not so much.

Then something happened six months ago—as a 27-year-old—that kick-started the sequence of events that made me stop biting for good. I was out getting dinner, and a woman at a table nearby caught my attention. She was around my age, sitting there chomping away at her nails without a care in the world. Up until this point, I had never actually seen a grown adult woman like myself biting her nails—and it wasn’t an attractive look. It gave me an idea of how I appeared, too, and I didn’t want anyone to see me like that. Plus, I was sick of hiding my nails everywhere I went—not to mention in every Instagram photo. Do you know how hard it is to hold up a donut with chipped, stubby nails and make the picture look good? Really hard.

For the first time, I actually sat myself down and figured out why I hadn’t been able to shake the habit all these years. And it took some working from the inside-out. I realized I mostly picked at and bit my nails due to stress and anxiety, so I had to figure out a different way to combat that extra tension. I started going to Pilates frequently to ease my mind, changed my diet to include more whole foods and less junk food, and even got one of those fidget cubes to play with if I found myself wanting to pick off my polish again.

Now it’s been six months, and I honestly don’t have any urge to bite my nails anymore. I’ve kept up with semi-regular manicures and have been trying to strengthen my nails, since years of biting have made them brittle, and so far I’ve stuck with it. After that wake-up call, I knew I didn’t want to be portrayed as a nail biter anymore—what adult does? So not only do I have the pretty, long nails I’ve always dreamed of, but I also have a boost of confidence. Once you really decide to shake a habit—and actually want to—you can do it. Take it from me.