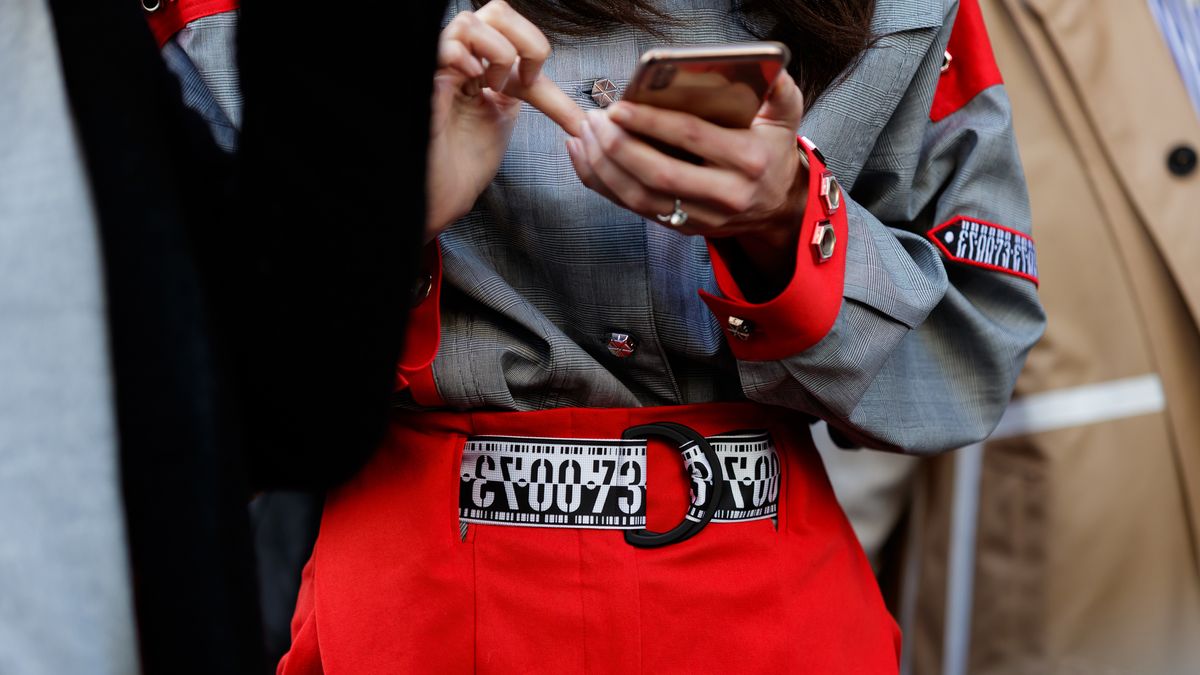 Here’s how to do it, once and for all.

Sometimes scrolling through your contacts list can feel a little like sifting through the sands of time: that girl you met one time at a party, the guy you hung out with when you were both interns, maybe a few exes if you’re a real completist. Your contacts list isn’t numbered, and there’s a reason for that—seeing how many you really have would be yet another source of technological anxiety to throw on the pile.

But it’s possible to organize your phone’s contacts so they are in ship-shape condition, and it only takes a few patient taps (OK, maybe a few more than a few, depending on what kind of disorganization we’re talking about). Apparently, the first step in this process involves streamlining the “bucket” that holds all of your contacts, according to a new story in The New York Times. It may be that your contacts are syncing to different containers (horrors!), which can lead to problems in the future. So first and foremost, figure out where your contacts live in the cloud.

If you have an Android, you’re probably fine—they’re all in Gmail. But if you have an iPhone, your contacts’ home could be any number of places: Gmail, iCloud, Outlook, even Yahoo or other far-flung locations. You can track this information down by going to Settings, and then to Passwords and Accounts. From there, under the list of Accounts, whatever has “Contacts” listed under it is syncing your contacts. For example, on my iPhone, that is true for iCloud and Gmail.

But that’s bad, we are told, because it’s best to have your contacts in just one place for streamlining purposes. So be sure your contacts are all backed up in one place—the NYT suggests Gmail—and then uncheck Contacts for the other places, like iCloud.

Next it’s time to do away with any contacts you don’t need anymore. Once again, if you’re an Android user, you’re in for a treat: Just tap and hold a contact to trigger selection mode, and then scroll through happily tapping whomever you want, deleting them all in one satisfying fell swoop. But if you’re a poor iPhone user, you have to open each contact, tap Edit, scroll to the bottom, and hit Delete Contact. Sigh. We suggest putting on a podcast or some music while you do this boring task, so you don’t quit halfway through. It’ll feel good to no longer see that guy you met at a random cookout saved as “Tommy BBQ” every time you go looking for your actual friend Tom.

Another option, as per the NYT: If you sync your contacts to Gmail, you can do this step there, and use Gmail’s address book to check off a bunch of contacts at the same time and delete them all. Seems more fun. While you’re at it, merge. Click the Duplicates option on the left sidebar, and merge any contacts that are truly overlapping. Don’t try to do this in the iPhone—you’ll have to do it manually.

Android, of course, lets you tap Suggestions via the three-line menu on the top left in the Contacts app, and voilà, a list of potential duplicates appears. Apparently, when it comes to organization, Android is the way to go.

The cherry on top is to make sure all of the contacts who made it through this grueling process are up to date. Did you enter your friend’s new address after she moved to California? Did you delete your brother’s old number? Do all of that now. And then—kick back, relax, and reward yourself. That was a lot.

What Is the Future of Technology?
5 Women on What It’s Actually Like to Work in Tech
Next Time You Order Food in San Francisco, a Driverless Car Might Deliver It