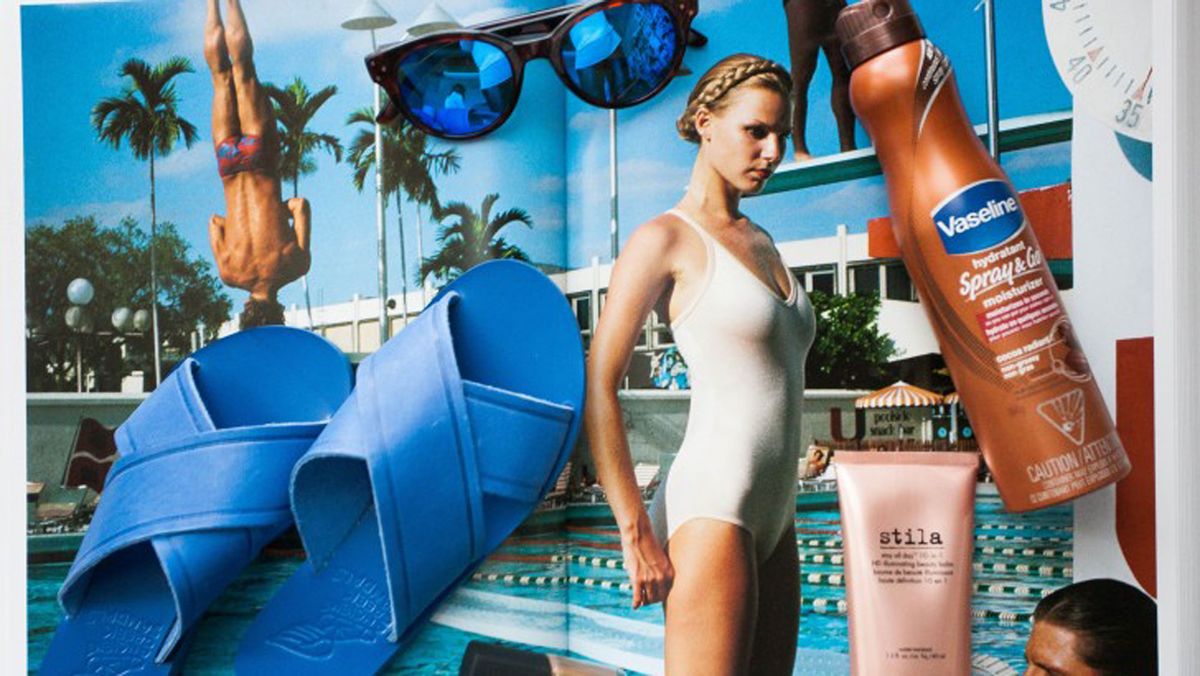 Carlene Higgins
How many stories have you read extolling the virtues of sunscreen in the fight against signs of aging? Countless, that’s how many. By now we all know that once UVA rays penetrate the skin, they mess with our cells, causing sun spots, uneven tone, even wrinkles (UVB are the burning rays that can lead to cancer). But far less words have been devoted to the idea that wearing SPF daily not only prevents photo damage—it actually reverses its appearance to pre-sun worship times, too. So those cute little freckles that used to go away every September but have now gained weight and moved in permanently? Yeah, we’re talking about saying buh-bye to those without expensive in-office lasers.

An article published in the peer-reviewed journal of Dermatologic Surgery reports the results of a year-long study commissioned by Johnson & Johnson. In it, 32 women applied a broad-spectrum SPF 30 to their faces daily, and a simple moisturizer without any known anti-aging ingredients in it nightly. Scientific measurements taken on day 1, week 12, 24, 36, and 52 revealed that almost half of the women showed that, in addition to not incurring any new sun damage, their complexions actually improved in texture, clarity, and pigmentation at every check-in, and by the end of the year, 18-34 percent of the subjects showed a significant reduction in fine lines.

But how, you may be asking? Yeah, I didn’t get it either. Dr. Steven Wang, the director of dermatology and dermatologic surgery at Memorial Sloan Kettering Cancer Center in Basking Ridge, New Jersey, who worked on the study, admits that while they can’t determine the exact cause of the findings (only what they observed), he can speculate: “So long as you’re living, you’re always getting sun exposure that triggers this degenerative effect, making your body age faster. But at the same time, your body has this reparative process that theoretically can repair the damage. So if you can prevent the UV damage, perhaps it allows the body to repair and reverse the signs of aging.”

I sent the study to my own derm, Dr. Nowell Solish, an assistant professor at the University of Toronto and co-director of the Non-Melanoma Skin Cancer Clinic at Women’s College in Toronto, for a second opinion. He broke it down like this: “It’s sort of like if you have an injury from sports and you stop exercising, it will heal and improve because you’re not damaging it anymore; you’re letting it rest and repair.” Got it.

But Dr. Solish did pick apart the study a little, pointing to the fact that the simple act of moisturizing nightly could help improve the complexion of a person who previously neglected to have a skin-care routine at all. And he says we can’t rule out the possibility that one of the chemicals in the sunscreen used in the study could have a hidden anti-aging benefit we don’t know about yet, the way Retin-A or glycolic acid help speed cell turnover in our skin. Having said that, Dr. Solish generally backs the study’s claim. “Lungs repair themselves when you stop smoking, so why wouldn’t the skin be able to repair itself, too?”

Dr. Erin Gilbert, a board-certified dermatologist and neuroscientist with a model-squad clientele at her Brooklyn-based practice, agrees. “This is an important message since many people think that once sun damage has occurred, they’re powerless to reverse it.” The sad part is only 25 percent of women in North America actually wear sunscreen regularly. “Many of my patients use it at times that they think they’re going to get more sun exposure, like playing an outdoor sport or going to the beach,” says Dr. Gilbert, who’s also a consulting dermatologist for Vichy. “But the truth is that sun damage is cumulative and every day counts.”

Dr. Gilbert recommends taking steps that will make daily UV protection super easy, like getting your car windows covered with a clear UV shield, which she did the day she turned 40. (If you drive, ever notice that the left side of your body has more dark spots and fine lines than the right?) Dr. Gilbert also recognizes that re-applying over your makeup every few hours as recommended can be quite a conundrum, so instead of touching up with SPF-loaded creams, she suggests a UV-protective mineral loose powder, such as Colorescience’s Sunforgettable Mineral Sunscreen Brush SPF50. It dusts on just like makeup.

And one thing all the pros seem to agree on is how important it is to find a daily SPF cream, serum, gel, mist...whatever texture you really like, so you’ll actually use it on the regs. Good thing sun-care companies are making major strides in that department this summer, with both rigorously tested chemical sunscreens and all-natural physical sunblocks promising sheer, non-sticky finishes.

Here are the ones I tried and liked:

Buy Now
1 / 3
Neutrogena Sheer Zinc Face Mineral Sunscreen SPF 50 is chemical-free, yet unlike many other natural sunscreens, this one dries surprisingly clear.
Want more stories like this?

The 411 on Skin-Care’s Five Most Popular Ingredients
How to Reverse This Type of Premature Skin Aging
7 Products for an Effortless Summer Makeup Look
Safe Sun
Part of the series: