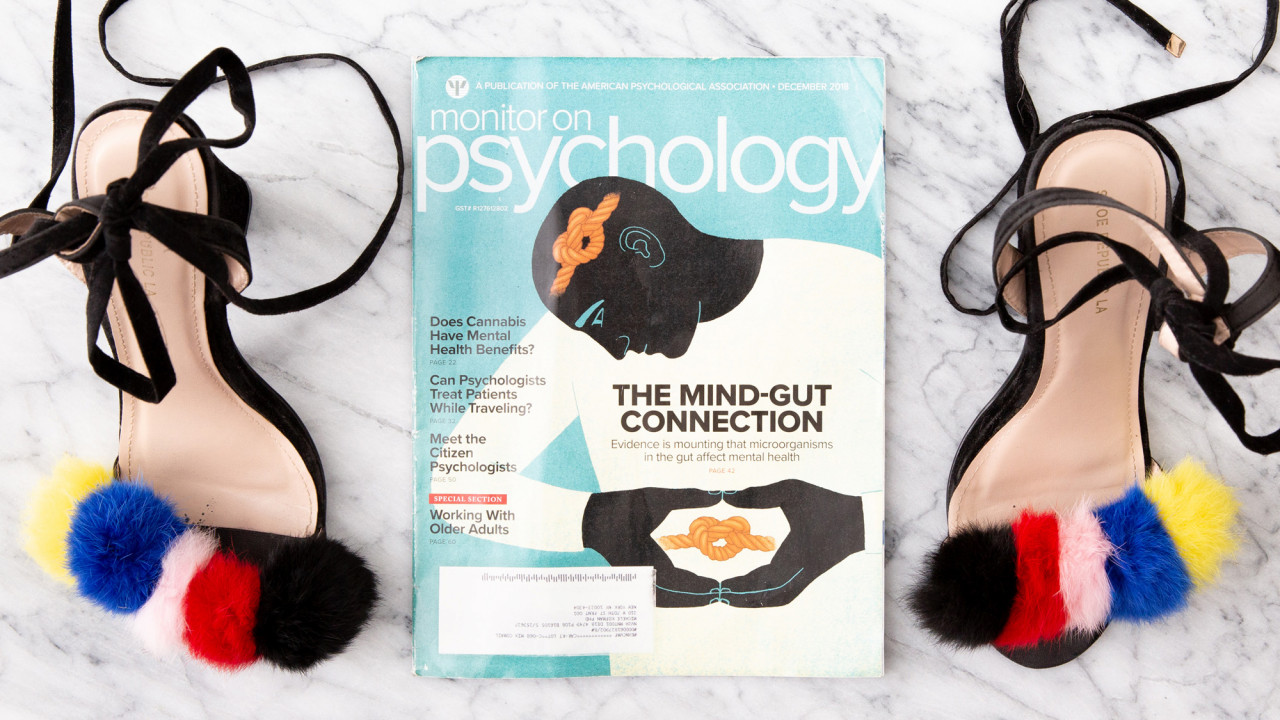 Exploring the Link Between Our Mood and How We Dress

There’s a certain feeling of elation when we put on something that fits us perfectly or makes us feel super cool. On the contrary, there is nothing worse than the physical (and mental) discomfort of being stuck in a garment we don’t like. The link between what we wear and how it makes us feel is undeniable and at times palpable. Enter Dawnn Karen, a fashion psychologist and the first in her field. Karen teaches classes at FIT while also running her own Fashion Psychology Institute for students all over the globe. She also works with private clients (including a few celebrities), is a regular on morning talk shows, is about to launch a cosmetic line, and is currently writing a book. Oh, and did we mention she was recently asked by the Prime Minister of Ukraine to travel to the country and give her opinion on the controversial burkini ban? No big deal.

None of this has come easy, though. Fashion was not always taken seriously in the academic psychology realm, a male-dominated industry. (Shocker.) However, a glance back at her own résumé is enough to give anyone a boost of confidence. Karen found female mentors and surpassed those who doubted her, going on to speak at Harvard and even having her own TED Talk. Impressed? So were we. We sat down with Karen to discover the roots behind this new combination of fashion and psychology, what this new field entails, and the controversy she’s encountered. 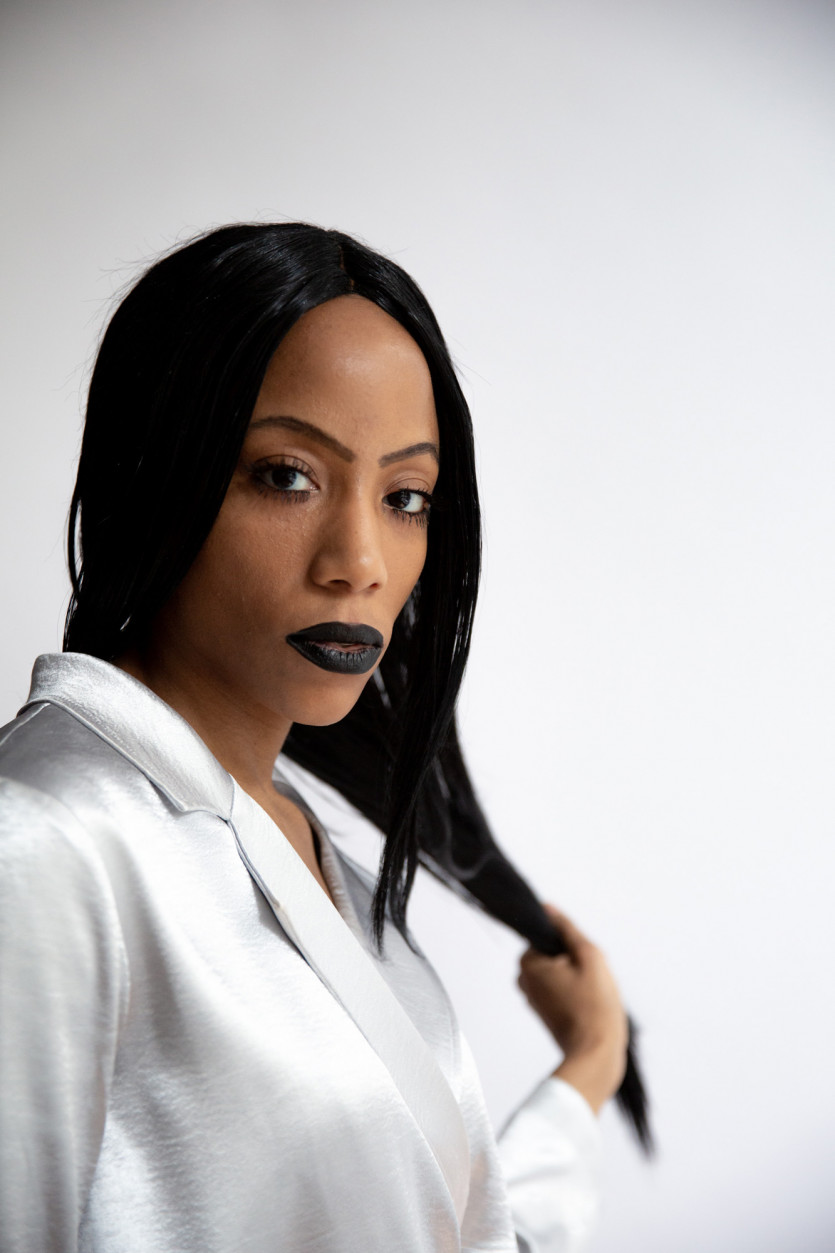 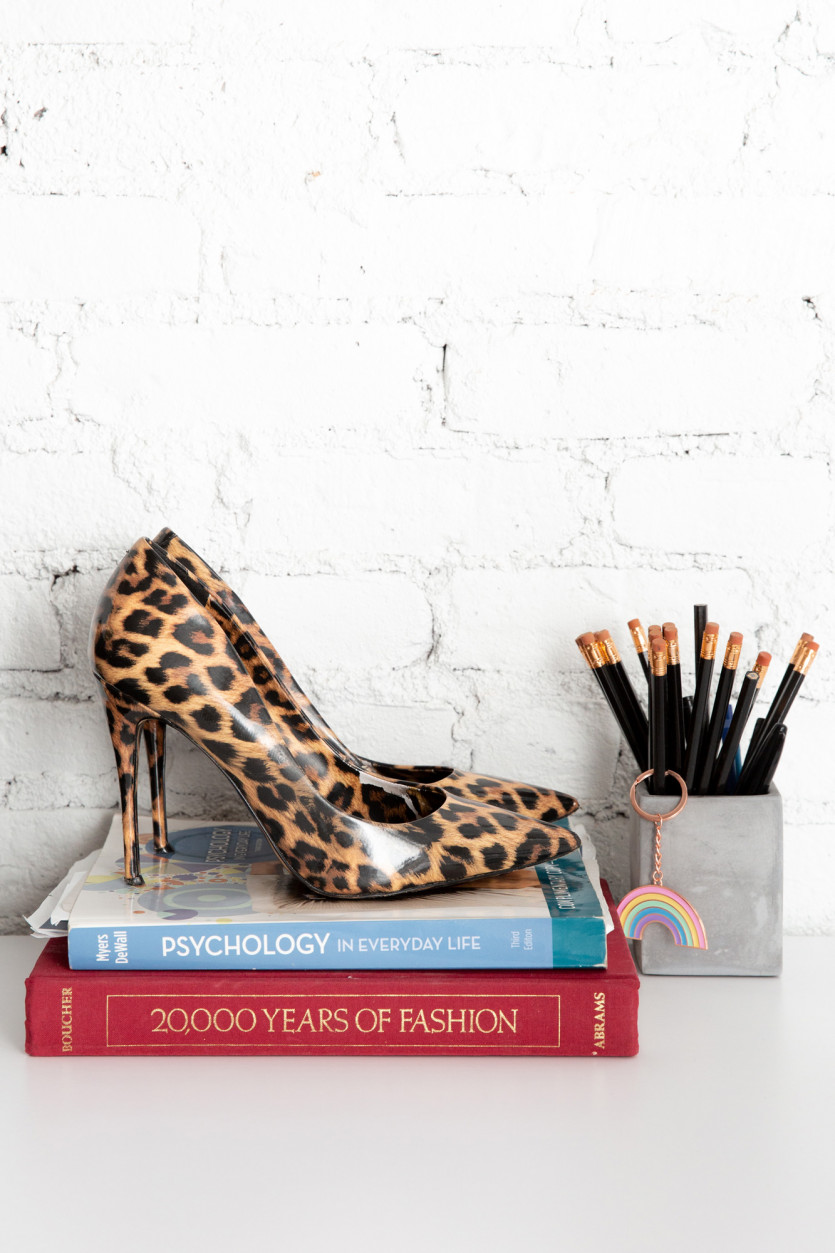 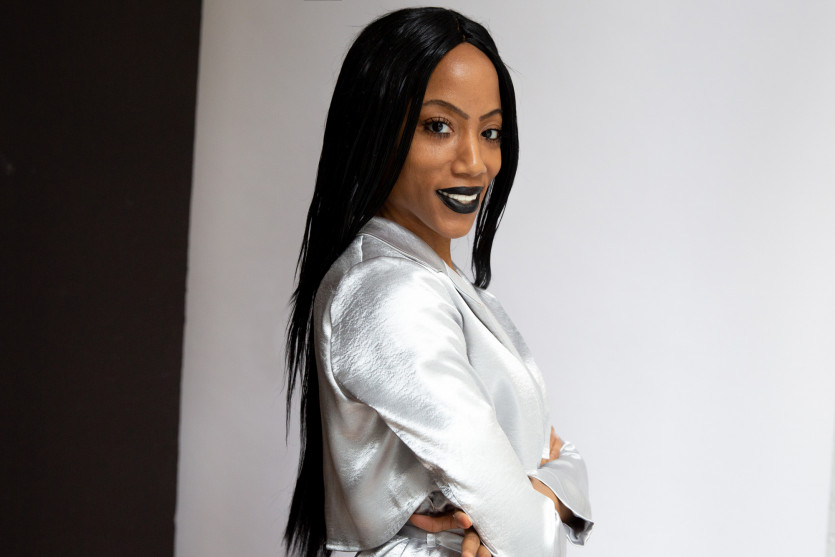 On what came first, the fashion or the psychology, and how she merged the two:

“Fashion came first because I went to a performing-arts high school, so I’ve always been into fashion. Then psychology came in college, undergrad, grad school. I was actually assigned to MMG, a modeling agency. I was also doing some freelance modeling, and so I would actually go to school during the day at Columbia University for psychology, and then at night I would get in hair and makeup and get in these nice gowns and sashay on the runway. My mind never turned off from the therapy side, so it just kind of formulated itself. I realized half my résumé was fashion, half of it was psychology. Then I was in a spiritual psychology course with the pioneer Dr. Lisa Miller. She combined spiritual psychology, then another pioneer was doing race psychology. So all these people were combining these two disciplines, so I was like, Well, why don’t I do it? At that time, What Not to Wear was on. You would turn on talk shows and they would have makeover sessions. I just didn’t like how they would put them in the 360 mirror and berate them. I felt like that was damaging to your self-esteem, and then you come out in this full garb and they applaud you. It’s like, well, how did you get like that? How did you get into that slump? You putting on clothes isn’t going to magically cure you. This is where my mind was going.”

On what she does for her clients:

“Think like your traditional therapist. You go to your traditional therapy session, and then you talk about your problems. The only difference is that I’m relating your problems to how you’re presenting yourself in the world. Just think your traditional therapy mixed in with utilizing clothing, and my brain is looking at it from a fashion angle. So if you’re going through a divorce, breakup with your boyfriend, problems in school, you’ve got an interview, anything. A stylist would actually go shopping, but I actually shop your closet. I’m a minimalist person, so I don’t like all this excessive buying, quote-unquote ‘retail therapy.’ Every time you feel like shit, you go out and buy things, but you’re not getting to the root of the problem; you’re actually covering the problem, layer by layer. So I’m like, let’s not pack on any more items. Let’s actually go through the items that you have. What does this piece mean to you? Where did this come from? Who encouraged you to buy this? Or why did you buy this, and what does it mean to you now?” 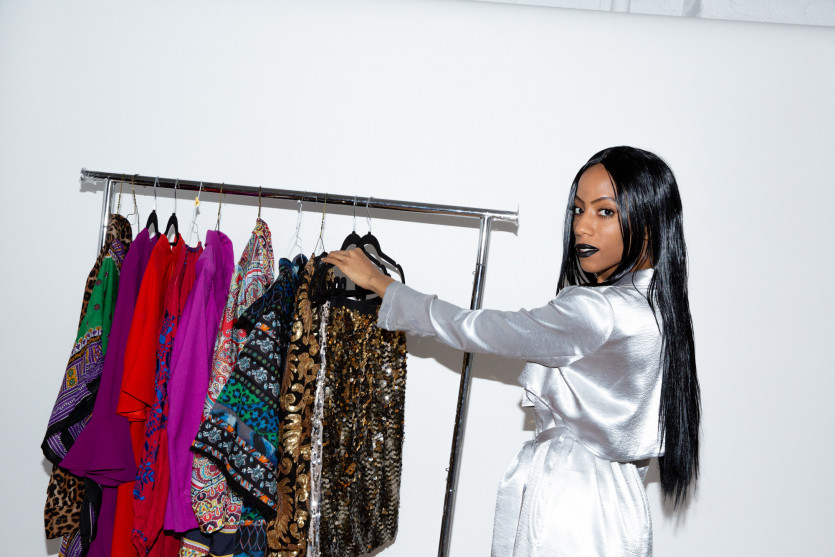 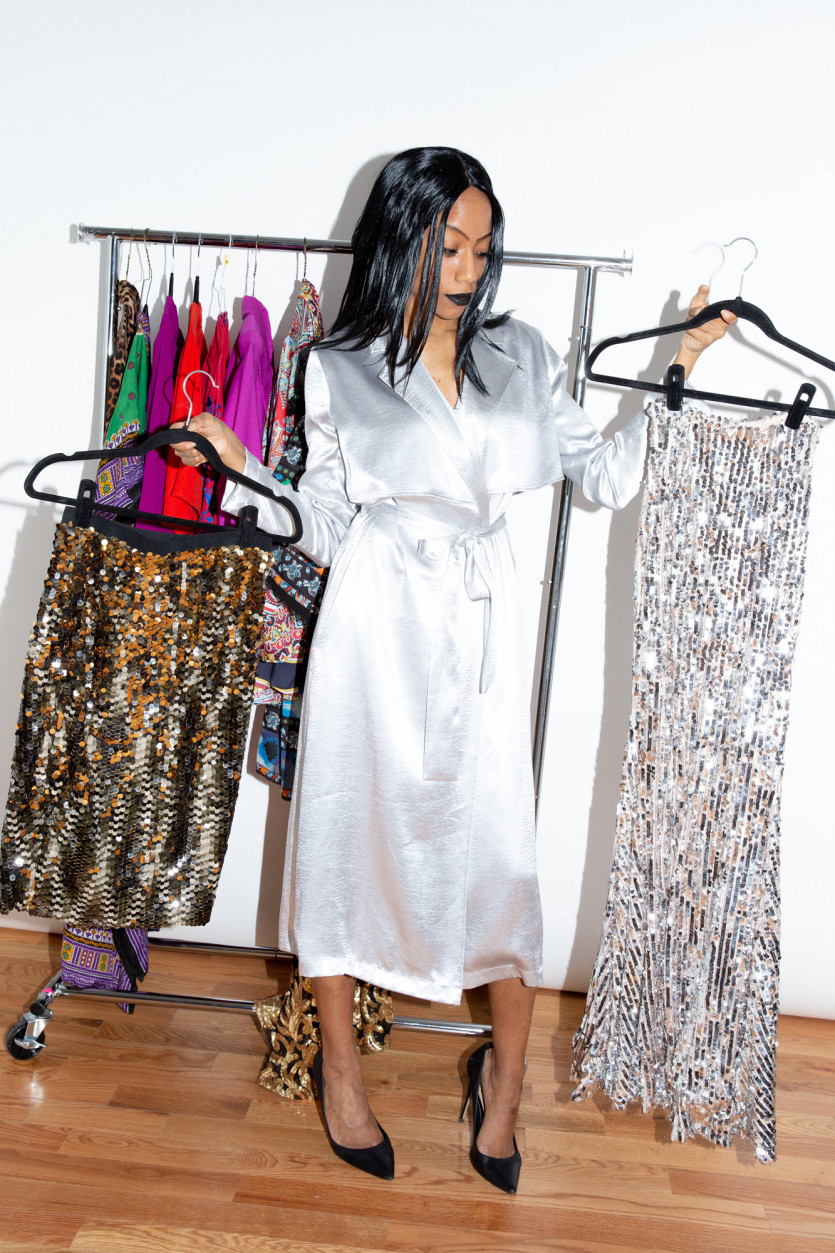 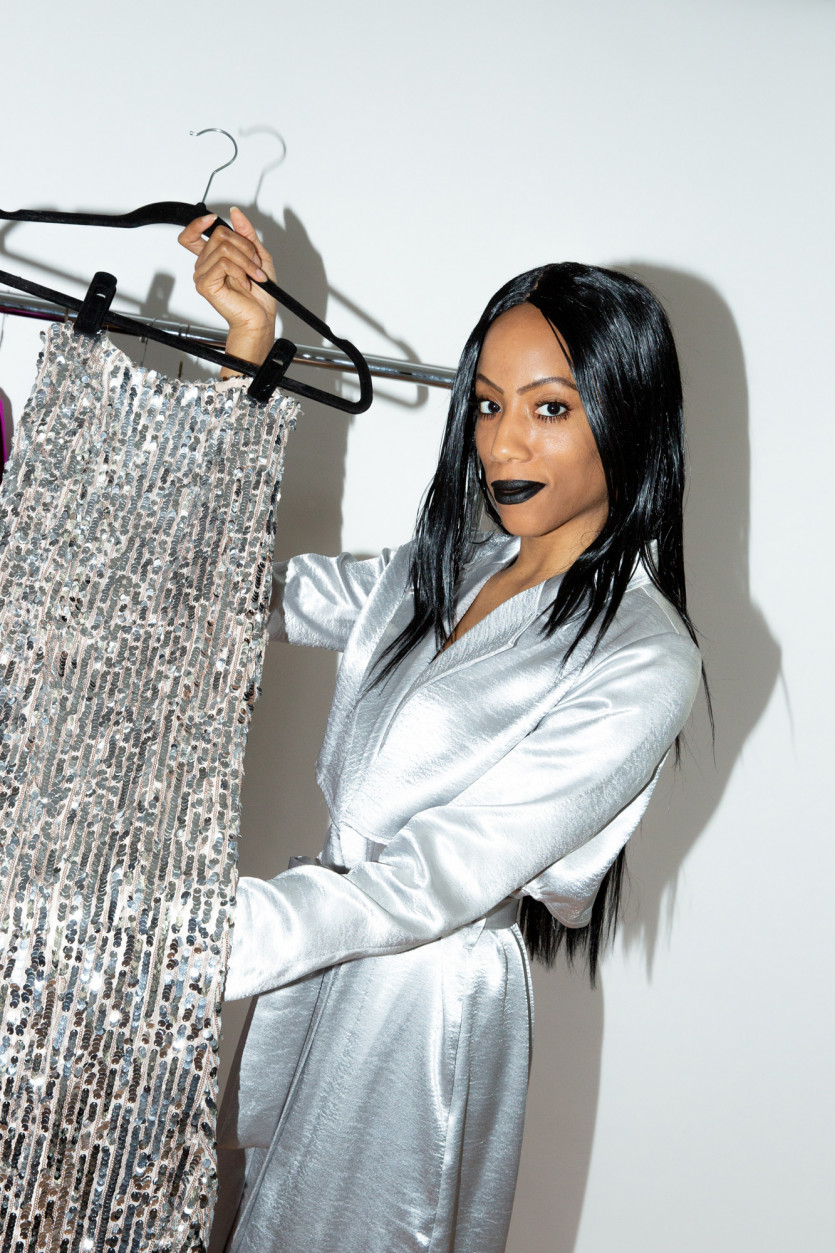 On her two fashion psychology theories:

“So, Repetitious Wardrobe Complex is just someone who wears the same outfit habitually. So Mark Zuckerberg, a lot of people in the tech community, they kind of made this popular. It’s just making your life easier. Your mood therefore doesn’t fluctuate. If you have a shitty day, you’re going to wear the same outfit. If you feel great, you’re going to wear the same outfit. People employ Repetitious Wardrobe Complex to increase their productivity. So if you have a busy week, like me—I usually am all over the place, unless I have some event, award show, or whatever, so I’m usually in all black. Mood Enhancement Theory is dressing to optimize your current mood. I usually ask students and clients, ‘How are you feeling?’ And then you dress according to that. So if you’re feeling like crap, you’re going to dress to improve that, whether it’s wearing brighter colors or wearing your favorite fabric, things of that nature, to improve your mood, to lift it up.”

On which theory people should adhere to:

“It’s a case-by-case basis. As long as you’re aligning the internal with the external, as long as you’re aligning your attitude with your attire. That’s for you. For me, it doesn’t work, if I woke up on the wrong side of the bed, to dress like that. It doesn’t help me. I feel like it perpetuates this gloom, this dark cloud over my head. So for my personality type, it’s good for me to practice mood enhancement. But for one of my students, who feels uncomfortable dressing up every day, she’s going to just wear something comfortable, and that’s cool for her. So it’s a case-by-case. And the same goes with dressing in a uniform.” 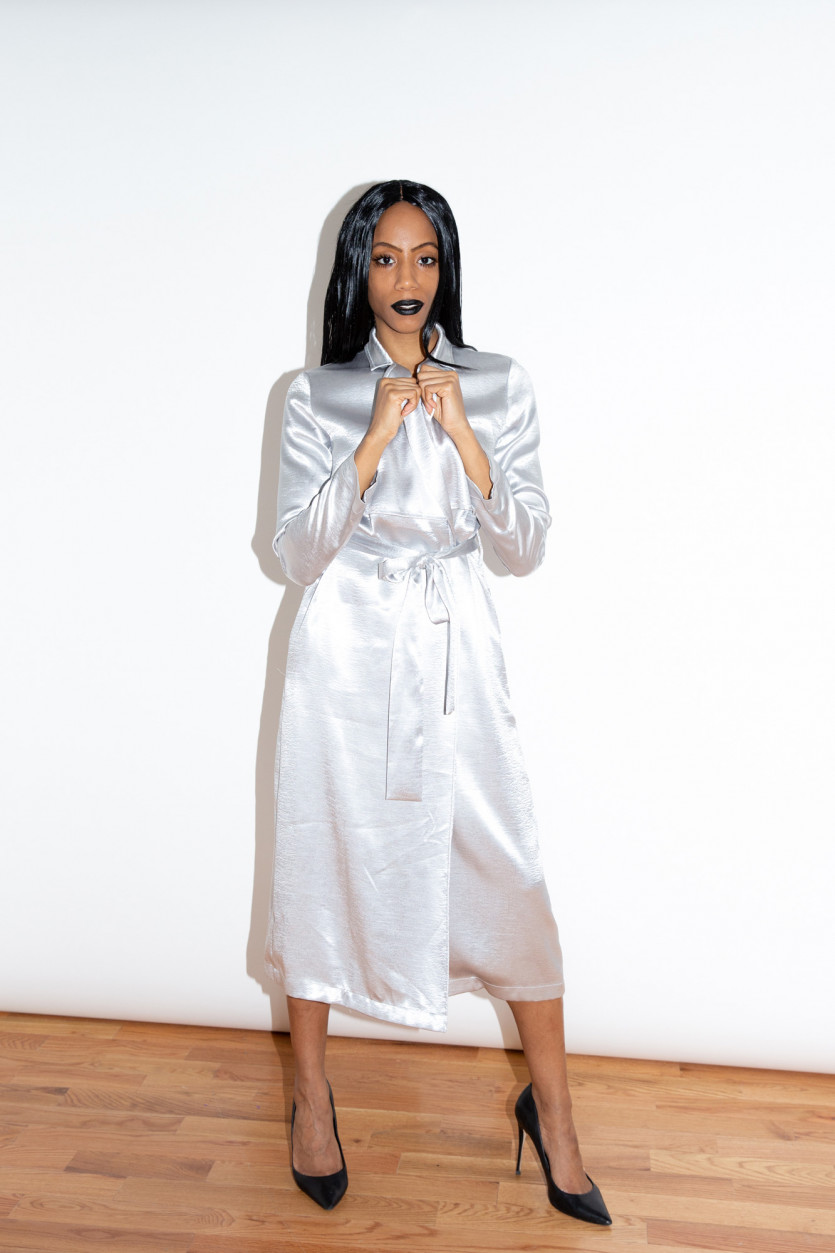 On her craziest story:

“So the prime minister of Ukraine contacted me, and I was like, Is this a joke? Is this a scam? Why would they want me? Why would a prime minister even want me? I’m just a fashion psychologist. No one even knows me. So he actually contacted me and flew me first-class, me and my assistant. I had bodyguards. It was so weird. I was like, I’m not Beyoncé. It was a security forum with the prime minister of Poland and Sweden and all these CIA people, and I’m like, Um, what am I doing here? So basically I did commentary on the Burkini ban. They banned it in parts of Europe, and I’m sitting here with all these officials, and I’m trying to be all posh, like, Oh, I know what I’m doing. So that was crazy. Literally, I had a bodyguard with a gun on him and an SUV.”

On people in the industry not taking her seriously:

“Newer generations, millennials and Gen Z, they support me wholeheartedly, but the older generations, like Baby Boomers, they’re like, ‘No, you need 25 years of research. Someone needs to vouch for you and bring you in.’ I mean, it’s a lot of backlash. So I just keep forging ahead. They’re like, ‘Fashion’s not smart. Who cares? Just throw on an outfit.’ Nobody’s thinking that hard about fashion. So that, and then the backlash also from the psychology people. They’re like, ‘You’re a pop psychologist. You’re like a Dr. Phil.’ And I’m like, ‘Well, let me Google Dr. Phil’s net worth.’ So I guess I’m down the right track. For every naysayer, there’s a supporter. I’ll be speaking at Harvard, and that’s an Ivy League, I went to an Ivy League, so that’s as big as you’re going to get. Sometimes it gets to me, I’m not going to lie. I’m human. But people do believe in me, and I feel like I don’t want to let them down.”

On her new cosmetic line and her forays into beauty psychology:

“So I’m coming out with a cosmetic line. I haven’t seen anyone talk about the psychology behind makeup, why we wear certain things. In the same way that our fashion can uplift our moods, eyelashes, lipstick, it definitely has an impact. So think of fashion psychology as a tree, and a branch of it will be the beauty psychology field. The cosmetics will be under here. So this is not going to include just cosmetics. We’re going to talk about the aesthetics of beauty. So people getting lip fillers, vampire facials, butt injections, breast implants, usually those people are berated. It’s almost like people psychologically typecast them and say they have a disorder. I mean, from wearing wigs to wearing fake nails, we all do stuff to enhance our beauty. The only thing is wearing clothes to enhance your beauty is acceptable, but putting things inside your body is not acceptable. So basically what I’m saying is externally modifying your body with tattoos or clothing is acceptable, but internally modifying your body, whether it’s breast implants, fillers, it’s not acceptable in society.”