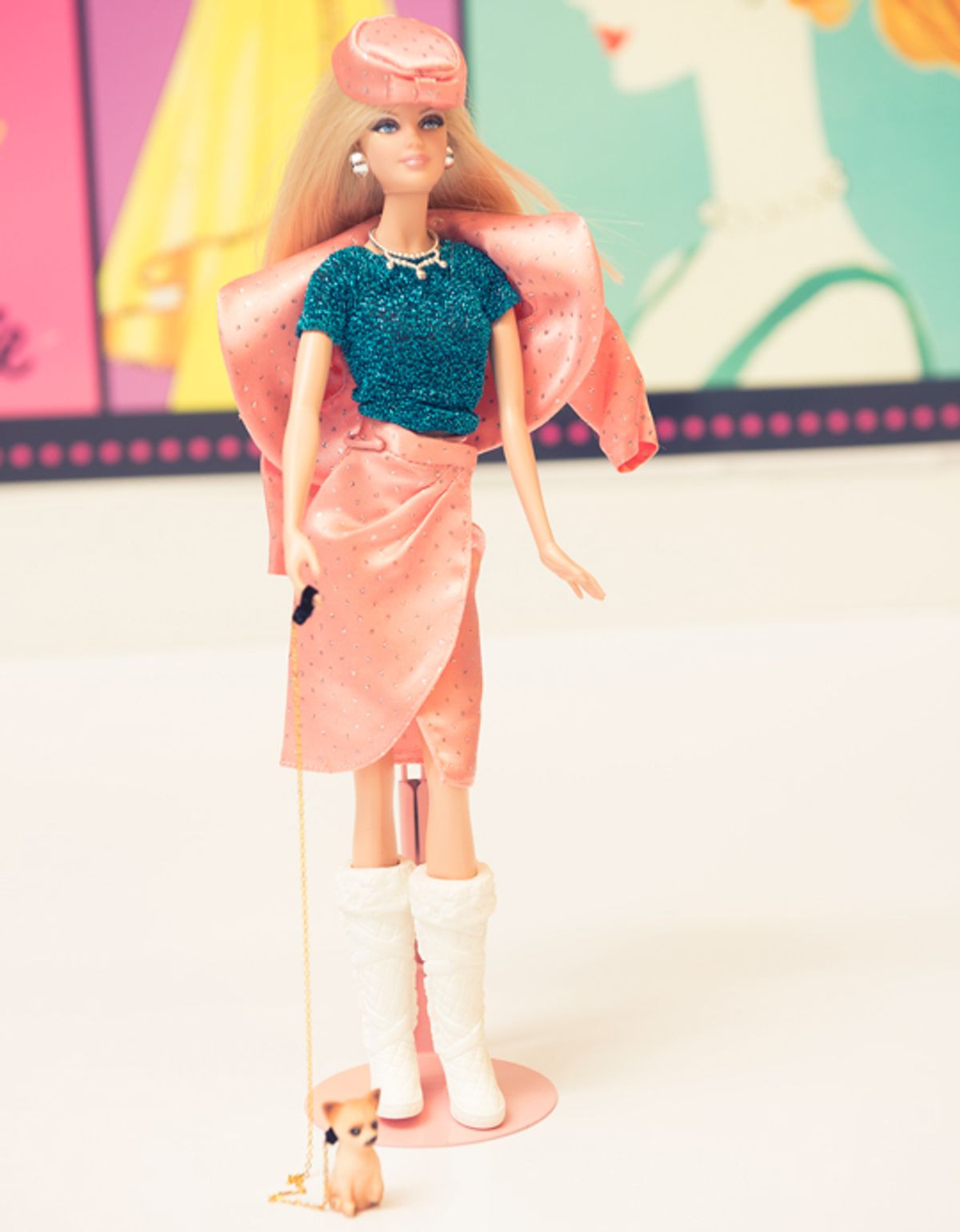 That Time We Spent an Afternoon with Barbie

Stacie Brockman
A few years back Barbie landed on our short list of style icons whose closets we *had* to see, and we were clearly on to something. Tonight, Barbie will be presented with the Board of Directors’ Tribute at the 2019 CFDA Awards—an honor recognizing her influence on American fashion and culture. To mark the occasion, we’re throwing it back to that time we paid Barbie a visit at Mattel HQ. See her dreamy wardrobe ahead.   Whether you remember hacking off her hair or dressing her up in a slew of zany outfits, virtually everyone has a childhood Barbie story. Mattel HQ in El Segundo, California, can only be described as a microcosm, and its one where Willy Wonka & The Chocolate Factory easily rubs shoulders with the C.I.A. Once behind the pink doors, we got an exclusive look at the process from start to finish and are now part of a privileged few to have ever gotten past the pink gates! Like we said, surreal things happen in Barbie land. We chatted with Barbie’s design team—and even Barbie herself!—to get the 411 on how it all comes together. We quickly learned it takes up to 100 people and one year to create just one Barbie prototype. We saw it all, down to the meticulous beauty routine that each and every doll goes through. From hand-painting her eyes and lashes to hand-sewing on her hair and highlights—girl is high-maintenance, we tell ya! “I’m all about the LPD (that’s Little Pink Dress for those in the know). Fashion changes, but pink never goes out of style,” Barbie told us. We girl-talked about her most memorable concert (Madonna, duh!), her go-to shopping spots (“I heart Saks’ fifth floor just as much as the next heel-loving doll”), her current iPod playlist (“Rihanna, Taylor Swift, and, of course, Britney!”), and even her “Doll-mate” Ken. And, no, they don’t plan on tying the knot anytime soon. “Barbie and Ken are in a really good place and happy in their current relationship status,” Barbie’s publicist confirmed. We felt like six-year-olds again, styling Barbie in a series of offbeat outfits and curating her eclectic wardrobe to match. We outfitted her closet  with runway-inspired dresses, jackets, and jewels complete with monogrammed B hangers. And then they rolled out the big guns: the Malibu Barbie Dreamhouse. We treated Barbie exactly as we would a “real” Coveteur —carefully creating minuscule vignettes, with dresses hanging in the shower, shoes in the bathroom sink, purses in the oven… The whole nine yards! Our hands were trembling as we tried to place the pint-size accessories; we know they look life-size, but they were barely bigger than a flea! It’s official. We drank the Pantone 219 C-colored Kool-Aid.
Closet