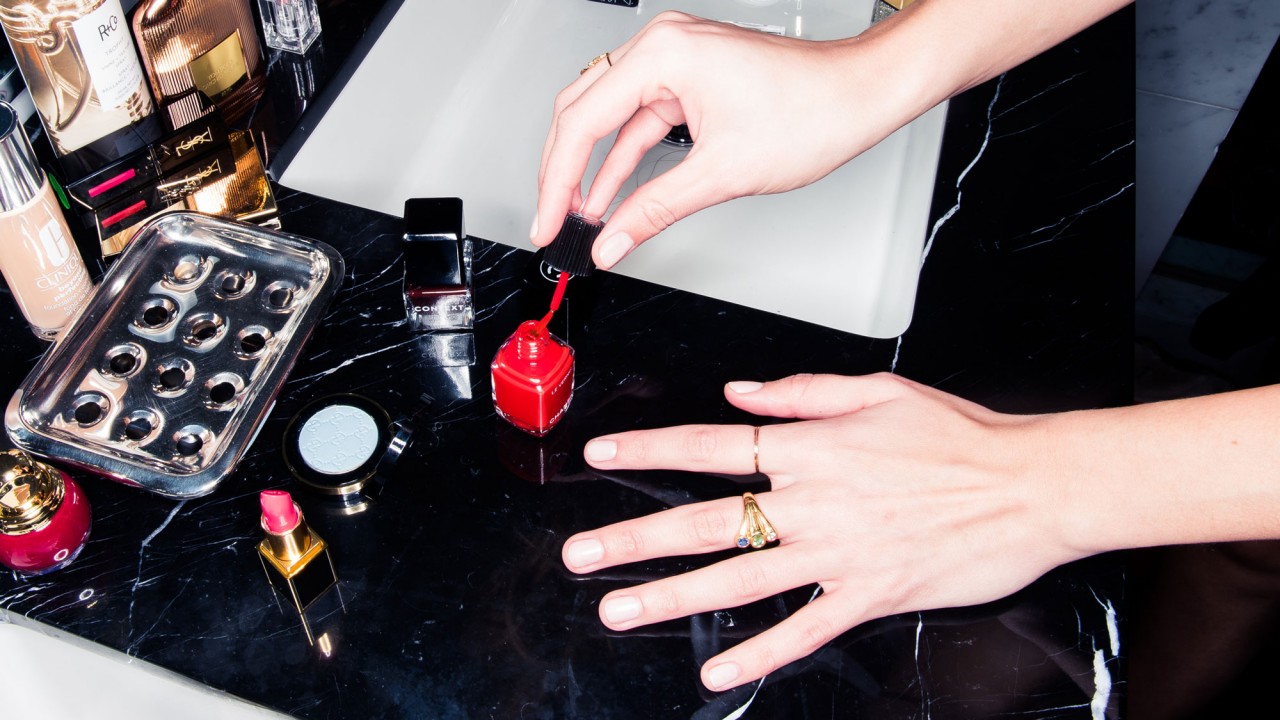 Why a YouTuber Made Me Want to Grow My Nails Out

And it’s not going so well…

The urge crept up on me while I was trolling the Instagram account of my favorite YouTuber, like pretty much every urge does these days. His nails were the perfect length, neither stubby nor claw-like, and polished to perfection. My path lay clearly before me: I was determined to grow my nails out.

Before researching this article, the plan seemed straightforward. Scientifically, I assumed it would be as easy as deciding to grow my nails and then just...not cutting them. I would give it a few weeks, take them to the salon, and have them shaped into those perfect selfie points. I’d paint them in flesh tones to frame my face, like an off-brand Kylie Jenner whose best angle is up for debate.

The reality is a bit more complicated. Growing your nails out takes time, yes, but also maintenance (ugh) and patience. One does not simply grow one’s nails; they must be tended to like flowers in a garden of likes. So where does one begin the journey? Dr. Dana Stern provided a straightforward first step: Take your vitamins. “2000-3000 mcg (micrograms) of Biotin are recommended as a daily supplement,” she notes. “Nails are slow-growing, and therefore it is recommended that you take Biotin for at least four months in order to see a benefit for the fingernails.” That wait period increases to nine months for the toenails. I mentioned this all took a lot of patience, right?

Once you’ve got your nails growing healthily, you have to make an effort to avoid all of the terrible things that happen when you, you know, use your hands—keeping them trimmed neatly to minimize breakage and splitting, and wearing a protective topcoat helps. “[A clear coat] provides a protective layer over the nail that prevents peeling,” says Teresa King of Chillhouse salon, who suggests rubbing a drop of cuticle oil into the nail plate and surrounding skin each night at bedtime. “Do this whether you are wearing polish or not,” she says. “It’s the best time because the oil has all night to penetrate into the skin and provide maximum moisturization.” Stern agrees, “A healthy cuticle equals a healthy, beautiful nail.”

King recommends carrying a nail file or clipper for “nail emergencies,” which, it turns out, is a constant state of being for some of us. After my first attempt at sustained growth, I was left with about three healthy nails and seven flaking, splintering fragments that seemed to be naturally hewing themselves into the claws I’d been so desperate to avoid.

I took them to the salon, had them cut down to size, and am back on my path to nail redemption, a jar of Biotin in one hand and J.Hannah’s desert nude polishes on the horizon like a goal post for anyone who’s never watched the World Cup. Wish my selfies luck.