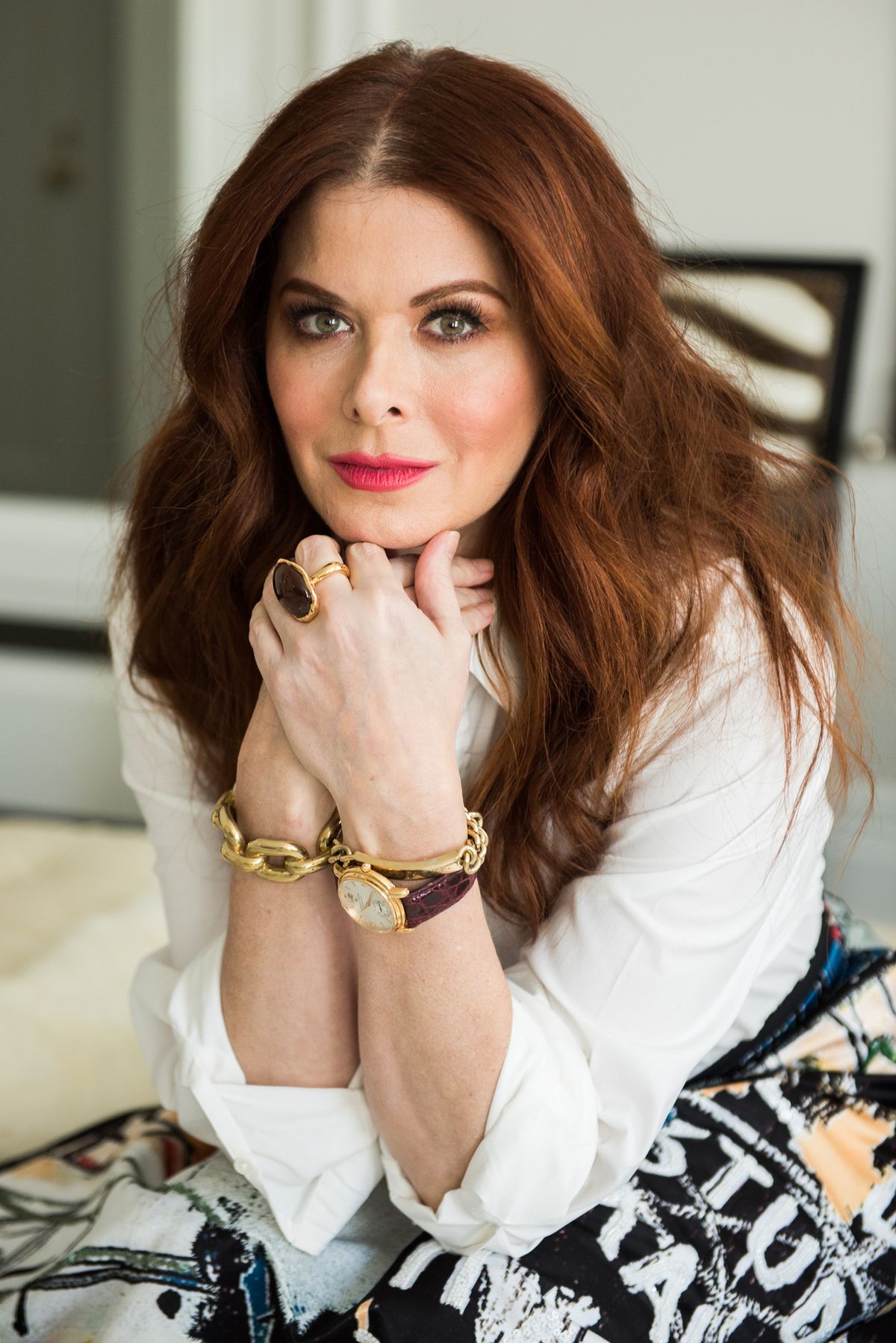 Debra Messing’s Closet Takes a Few Cues from Will & Grace

The actress is no stranger to a bit of glamour or a few carats’ worth of jewelry. New York.

Hannah Baxter
Hannah Baxter, Monique Kamargo
Like her most famous television character, Grace Adler, Debra Messing is a serious student of fashion. This becomes abundantly clear once we step inside the actress’s serene Manhattan apartment and make our way down the hallway to her walk-in closet. Inside, racks of sequined midi dresses mingle with vegan leather jumpsuits, and an impressive array of Jimmy Choo and Manolo Blahnik sandals share the space with statement heeled boots—plus a handful of bejeweled flats for good measure. And that was all before we saw her jewelry collection. Clearly we were in for an exceptionally stylish afternoon. Messing got her taste for fashion early—her father worked in the jewelry business, commuting weekly from her family’s home in Rhode Island to New York to meet with buyers and observe the latest trends. But she assures us that it wasn’t until 1998, when Will & Grace became a smash hit, that her personal style developed its signature glamour of today. “I was 29, and because the show took off so quickly, the first few years I was just doing magazine cover after cover,” she explains as we sit down to chat post-shoot, her fiery red hair loosely curling below her shoulders. “All of a sudden, I had access to the most current and most exciting fashion.” It was also the show itself that taught her about styling and making a statement through clothes. “Lori Eskowitz-Carter, the costume designer for Will & Grace, helped teach me, because one of the directives from the creative team was to make Grace fashion-forward or at least, in a comic way, make her assertive and a little daring. So, because of that, I started to become really interested in people’s choices.” While she may have more of an eye for wearability than her television counterpart, Messing is no less fearless with her outfit choices. Christian Siriano gowns, platform Gucci mules (which she sourced from The Real Real!), velvet Missoni blazers—she’ll wear them all, preferably with a wrist full of gold bangles and a ruby ring or two. By the end of our afternoon, it’s clear that both she and her wardrobe radiate a sense of joy—a deep appreciation of designers mixed with an innate sense of style, plus a love of comfort above all else. It’s the closet of a woman who knows who she is and how to translate that through her clothing, aka everything you could hope to learn through a 20+ year career in the entertainment industry. Check out the rest of her closet below, plus all the details on her jewelry obsession, her all-time favorite red-carpet moments, plus the big reason she’s happy to finally be back in New York after 12 years on the West Coast.
Closet

The actress is no stranger to a bit of glamour or a few carats’ worth of jewelry. New York.