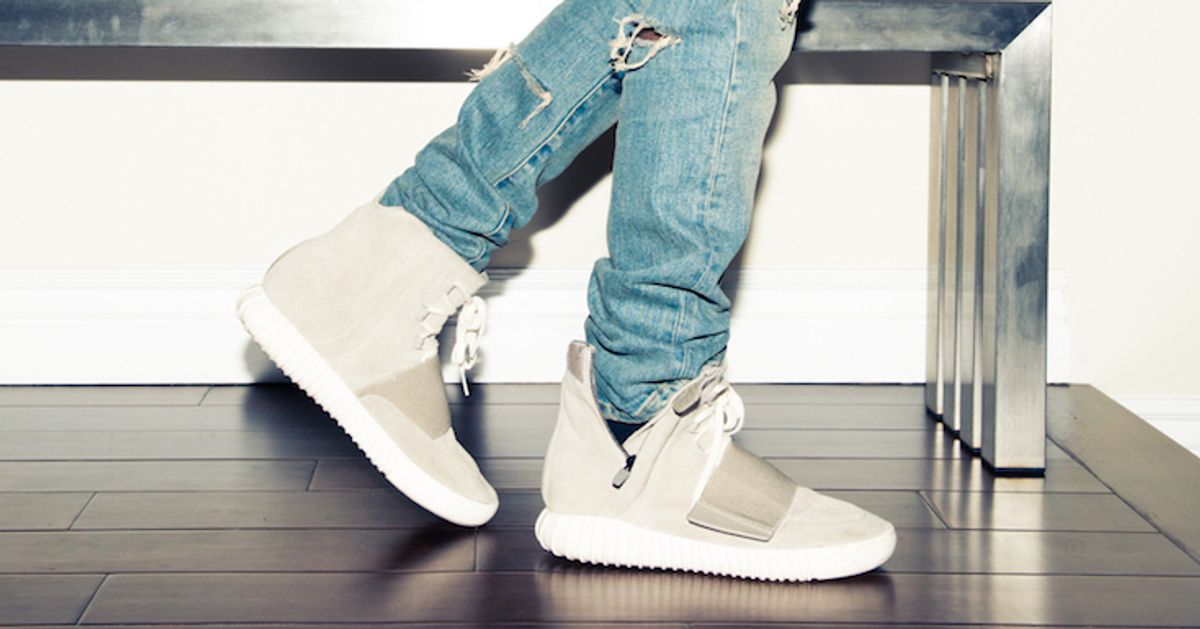 Your Definitive Guide to Sneaker Slang

Remington Guest
Are you ever totally confused when a swag lord talks about sneakers/style/steez? It’s normal to be a bit confused, but it’s not okay. How are you supposed to know what to get me for Christmas if you don’t understand what I’m talking about? I’ve got you covered with this training-wheels guide to understanding what my dad would call “hip-hop culture” for today’s youth.

1’s, 3’s, 4’s, 5’s
Jordans are made every year, and they are numbered. The ones Jordan played in are especially popular, like the Jordan 1’s, 3’s, etc. When you hear “Yoooo those tens are dope,” they’re usually talking about a Jordan 10.

Beaters [bee-ter s]
Shoe in your collection that you allow to get beat up. You wear it A LOT. No matter how many kicks you have, you likely wear these in the rain or when out at the club when you twisted heavy. Pizza 3am, heavy.

Coke Whites [kohk] [wahyt s]
Whiter than white sneakers. Always have some coke whites in your closet for mystery and Cov profiles.

Cop [kop]
Buy something.
I gotta cop those Jordans.

Crepes [kreyps]
Another word for sneakers.
Eyyy, yo, dude got some superfresh crepes on. Don’t hurt your girlfriend’s feelings by telling her you’re getting some crepes without her.

Crispy [kris-pee]
When something is very, very clean.

Deadstock [ded- stok]
When a shoe has never been worn, aka brand-new. It has been in the box and stayed in the box since you bought it. Never tried on, factory-laced.

Double up [duhb-uh l] [uhp]
When a pair is so dope and if you’re lucky enough, you buy more than one pair.

Factory-laced [fak-tuh-ree] [leys-d]
When the shoes are totally untouched. The laces are as they were when the left the factory. Occasionally I’ll force my foot into a factory-laced shoe and wear it out. Nothing is crispier and makes less sense than wearing shoes with laces you try to never untie.

Fire [fahyuh r]
When something is hot or really fucking good.
Those flyknits are super FIRE on ya feet, kid!

Flight club [flahyt][kluhb]
A sneaker consignment store. Other than eBay, this is the go-to place for resellers and buyers for limited sneakers. I spend a lot of money here, like my entire tax refund.

Friends and Family [frend s] [fam-uh-lee]
When a pair is stupid rare. Public School often release F&F pairs of redesigned Jordans. Runs can be as small as a few pairs and are gifted out to friends and family.

Garms [gahr-ms]
Clothes, yo. Clothes. Like, I only wear Fire GARMS. Don’t let your parents dress you in garms that aren’t fire.

G.O.A.T. [goht]
Greatest Of All Time.
Often in reference to Jordan or a wildly popular shoe.

Grails [greyl s]
A highly collectible sneaker. What someone sees as their grail varies from person to person. The shoes Tom Sachs did for Nike are a grail of mine.

GR
General Release, meaning this shit is easy to find. All retailers will receive this release and essentially makes it swag-less. There ARE exceptions, tho.

GS
Grade school. This means it’s for kids, but ladies often cope here because they can fit!

Gum sole [guhm] [sohl]
A kind of sole a sneaker has. It’s a dark brown and is super popular because of its durability.

Highs [hahy s]
High-tops. Top of the shoe extends over the ankle for more ankle support, like jammin’ on the court.

Hiroshi [heer-oh-shee]
Stands for Hiroshi Fujiwara, one of the most influential dudes in streetwear. He collaborates on a ton of Nikes.

HTM
One of the most limited kinds of sneaker releases is HTM. It is a team comprised of Mark Parker (Nike’s CEO), Hiroshi Fujiwara (streetwear gawd), and Tinker Hatfield (one of the best sneaker designers of all time). These releases are sold in a handful of stores around the world.

Hypebeast [hahyp-beest]
Someone that only follows hype. There is more buzz/hype around some sneakers than others. A hypebeast only pays attention to these kinds of releases because they’re “cooler,” which in turn often makes you a fuccboi.

Icy sole [ahy-see] [sohl]
When the soles of the sneaker are slightly see-through, aka icy. Icy soles are super fresh.

Infrared [in-fruh-red]
A color Nike developed that is linked to some of the most popular sneakers Nike has done.

Instacop [in-stuh-kop]
When something is so dope, at the first opportunity, you buy it.

JB/Jumpman [juhmp-man]
Jordan Brand, also referred to as Jumpman for the logo of Jordan jammin’ on the court.

Kicks [kiks]
What’s on yo feet. It’s all about dem kicks…is something you might hear in London.

Lit [lit]
When shit is so dope, it’s pretty much on fire, aka lit up.

NIB
New In Box. It’s the condition of a sneaker. WEAR YOUR KICKS.

Nike Lab [nahy-kee][lab]
Dope line of Nike that sells limited Nike gear. They also have stand-alone stores around the world.

Pack [pak]
A set of shoes that is released as a series, sometimes separately or together.
That pack is way legit. Need to cop the whole thing. Packs make girlfriends mad because you just bought multiple pairs of similar shoes.

PE/Player Edition [pley-er] [ih-dish-uh n]
Player Exclusive. This means it was made by the brand for the athlete and are almost never sold in stores. Gotta have serious connects to get a pair of these.

Reseller [ree-sel-er]
Someone that buys as many of a limited release with no intention to wear it, but rather sell them for profit. We hate them all.

Retro [re-troh]
A shoe that dropped in the past, like a Jordan, and is being re-released. Dudes go crazy for retros because it gives us Wheaties vibes like MJ on a cereal box.

Size run [sahyz] [ruhn]
This usually refers to how many pairs a retailer or reseller has. Most stores stock men’s sizes 6-12. Another term is “partial size run,” for when a store doesn’t receive a full shipment.

Steez/Steezy
When you combine style and ease. Steez.

Super fire [soo-per][fahyuh r]
The superlative version of fire. Taking fire to a whole new level.
Ye those navy joints are fire, but HAVE YOU SEEN THE BLACK AND REDS? THEY’RE SUPER FIRE.

Tinker/Hatfield/Tinker Hatfield [ting-ker] [hat-feeld]
Pretty much the most legendary sneaker designer of all time—responsible for the Air Max 1 and many of the Jordan models. Praise the based gawd of swag creation.

Tonal [tohn-l]
A single color — aka all red. RED OCTOBERS.

Upper [uhp-er]
Anything referring to the portion above the sole.

VNDS
Very Near Deadstock
Meaning tried on once, worn once, or simply unlaced. VNDS is shady.

Wild [wahyld]
Out of control or super fucking amazing.
That pair is wild. Not the same thing as wildin out or goin wild.

Yeezy [yeez-e]
Kanye West’s sneakers. Whether a Nike or an Adidas, it’s something Kanye had a hand in and are some of the most hyped, expensive, and sought-after shoes. If you can find some Red Octobers for <5k, let me know.

We Found the Most Expensive Sneakers on the Resale Market
Allow This Sneaker Week Closet to Set the Tone for Your Summer Dressing
Last Night We Threw Our First Ever Sneaker Week Event with Sneakersnstuff
Part of the series: