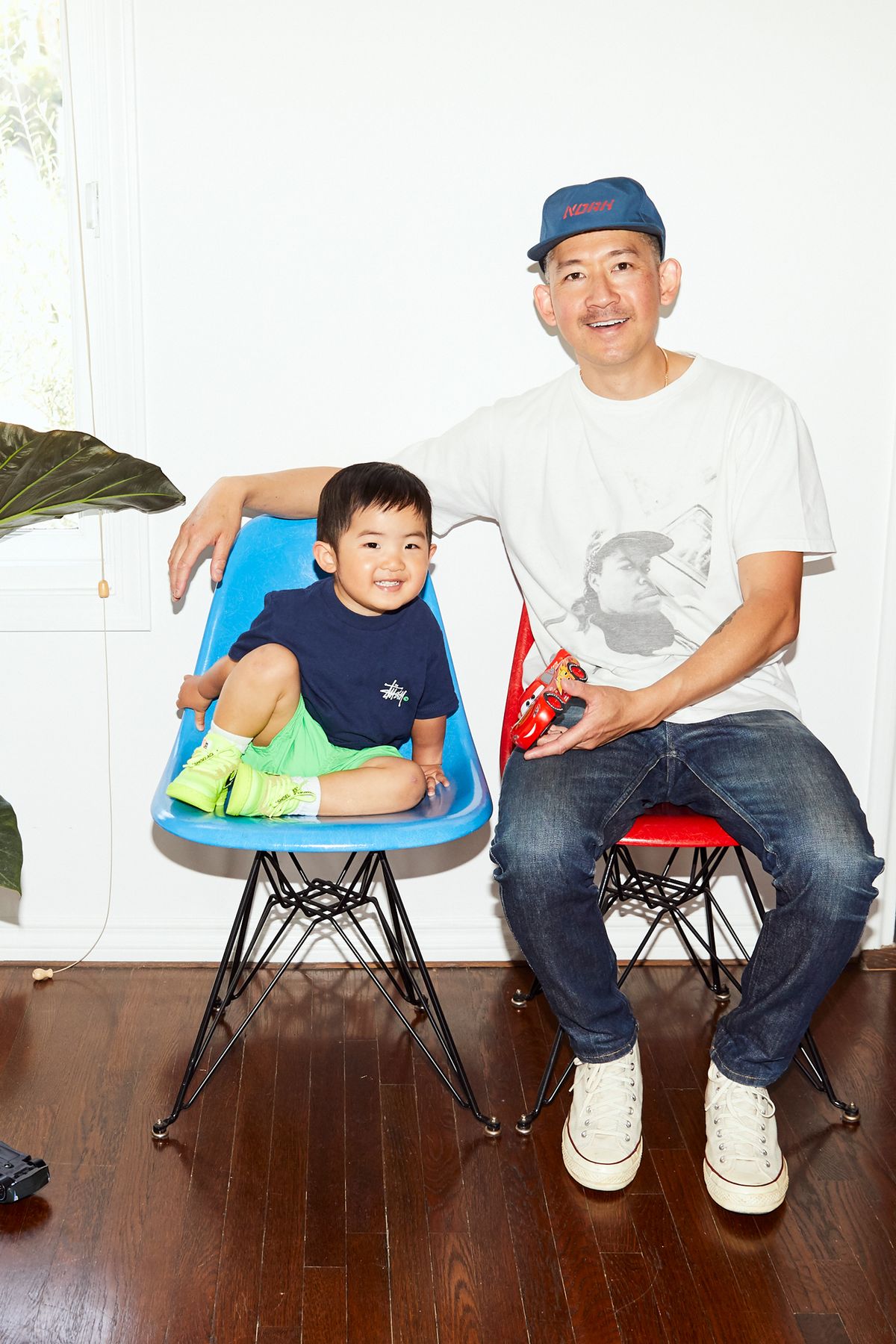 If you guessed that the founder of Jason Markk had an impressive collection, you were right. Los Angeles.

Jodi Taylor
Tristan Kallas
Jodi Taylor
Before 2007, the sneaker community had, for the most part, been whipping up homemade concoctions in hopes their formula would buff away the markings of wear on their pairs. But it wasn’t until West Coast native Jason Angsuvarn’s revolutionary formula of cleaning products under the brand Jason Markk hit the market that year that it elevated and simplified the entire process. Jason Markk was an instant success. As a purveyor in the industry, we knew Angsuvarn’s personal sneaker collection was something worth documenting, so we headed to his Silver Lake home one sunny afternoon in March. Within seconds of entering his family home, we were greeted by Angsuvarn, his wife, Nancy, their two-year-old son, Noah, their little baby girl, Violet, along with Anthony Cao and Jon Manimtim—two members of the Jason Markk team. It wasn’t too long after that, while getting a grand tour of the Angsuvarns’ home, that we realized Noah’s sneaker collection rivals his dad’s, matching pairs and all (mini Black Cement Jordan 3s, anyone?). So, after eating a few slices of pizza and getting schooled on Kuumba incense, we laid our favorites from both collections out amongst Japanese jackets, a healthy amount of t-shirts, and a plethora of hats. Click through the below to see Angsuvarn’s sneaker collection.
Closet

If you guessed that the founder of Jason Markk had an impressive collection, you were right. Los Angeles.

John & Rochelle Elliott Frequent Japan, Love Vintage, & Are On the Hunt for Old Céline
Your Inner Sneakerhead Will *Lose It* Over Andre Branch’s Closet
Inside Easy Otabor’s Closet
Part of the series: