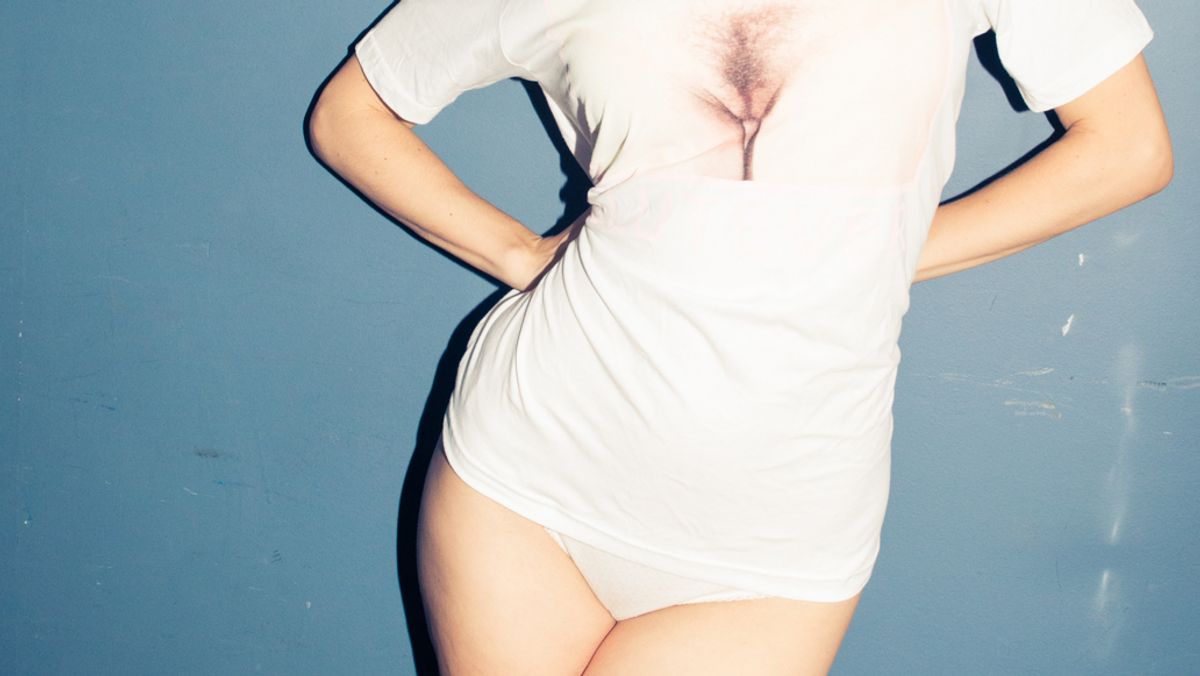 They’re more common than you may assume.

In 2017 I had laparoscopic surgery to remove a dermoid cyst on my left ovary. The process leading up to it was incredibly painful and scary, the pinnacle of a 10-year journey of trying to figure out what was going on with my reproductive system. There were lots of misdiagnoses, and many twists and turns.

Before I had surgery, I wasn’t aware that this was a common issue. Ever since my laparoscopy, though, I hear from other women all the time that they have either had the same thing or their mother or sister or cousin or best friend has. It seems as though we’ve hit fever pitch. But why? And why aren’t we talking about it?

It’s a quiet epidemic, though one that isn’t killing us, which probably has a lot to do with why it’s not being talked about. Plus, it should be noted, this is an affliction that only affects women, which is another strike against it being splashed across the pages of publications; if men could get it, you better believe we’d be talking about it.

Women’s health issues are so frequently misunderstood, misdiagnosed, and altogether swept under the rug. My story began in my early twenties, when I was diagnosed with PCOS. I didn’t fit the classic profile: I wasn’t struggling with hirsutism or weight gain, and my period was fairly regular, but my skin liked to break out, and I had epically painful and difficult periods. I pushed my doctor for an ultrasound. She resisted, but finally relented; lo and behold, I had PCOS.

That diagnosis has been reversed and upheld a couple of times over since then, in the past 10 years or so. Honestly, I don’t know whether I have PCOS or not; I do still have tiny cysts on my ovaries, the calling card of PCOS, but it doesn’t really matter. After years of different doctors, finding out that I had a dermoid cyst on each ovary, and watching one of them slowly balloon over time, I had to have one taken out.

But I’m getting ahead of myself. At first, my cyst was the size of a grape. At the recommendation of yet another gynecologist, I saw a gynecological oncologist to get his professional opinion on my latest ultrasound; he advised that he strongly doubted it was cancer, and that he’d be happy to continue seeing me every six to nine months, monitoring the cyst via ultrasound.

I saw him a few more times. Each time, the cyst had grown. Meanwhile, I went to a naturopathic doctor specializing in women’s health, who performed a full diagnostic assessment and started me on a regimen that included supplements, acupuncture, and a healthy-as-possible diet. I exercised, meditated, got special abdominal massage. Nothing helped.

My last few periods before I had to have surgery were extremely painful. I later found out that was because when you menstruate, your whole abdominal area experiences inflammation and swelling, and this can put undue pressure on your ovaries (and any cysts that might be along for the ride). Once a month, I would have to clear my schedule, down the top dose of max-strength ibuprofen, and take to my bath, or to bed with a hot water bottle, for the foreseeable future. It was hell.

Finally, in a blaze of glory, the last time this happened I made it all the way through a day of work, though it just about killed me. I tried to hobble to the L train to get home; I wound up having to call my boyfriend and ask him to send me a Lyft. In retrospect, I’m not fully sure why I didn’t take myself to the emergency room right then, but I will say I was terrified of surgery. I also think there’s a bit of cultural programming in there: I’ve been trained to ignore my cramps, discount my pain, “push through,” not be soft. I had gotten through many things; I would get through this.

That night, I went from going to sleep next to my boyfriend, in serious pain but still “healthy,” to waking up in the middle of the night in extreme pain and becoming a “patient.” I passed from well to sick, from home to hospital, in a matter of minutes. By turning my problem over to medical professionals, I hoped the pain would end. But the story was only beginning.

In the ensuing two nights I spent in the hospital, including 12 hours in the ER, I learned that morphine makes me hallucinate; you can’t spontaneously schedule a laparoscopic surgery on the weekend in some hospitals, such as the one I was in; some nurses are the kindest people in the world; some doctors will have the patience to help you make major decisions about your health and your body when you are in too much pain to think clearly yourself.

I will be forever grateful to one doctor in particular, who urged me to breathe through the pain all weekend until Monday, when doctors could make tiny incisions in my abdomen and use special equipment and cameras to remove the cyst laparoscopically—instead of gutting me like a fish on the spot, which would have left a scar from hip bone to hip bone, and required a much longer recovery time. I’m glad I did, though I struggled with the decision because I was in so much pain. The dermoid wasn’t about to rupture and wasn’t causing my ovary to be in torsion, or strangling my ovary, so doctors concluded that though the pain would be intense, it would be OK for me to wait two days for surgery.

Dermoid cysts, also called teratomas, contain tissue, including actual hair, skin, or even teeth, because they are created from embryonic cells. They aren’t related to the normal function of one’s menstrual cycle, the way simple cysts are. Dermoids are rarely cancerous, but they are always wild. The one on my left ovary had grown to the size of a small grapefruit. It did have hair and skin in it, but, disappointingly, no teeth.

I had a great surgeon, who was able to remove the cyst from my ovary without damaging the ovary itself, which was about a quarter of the size of the cyst by the time I had surgery. Before I went into surgery, I had to sign a release confirming that I was aware I might lose my left ovary. The first thing I wanted to know, when I came out of anesthesia and could think and talk again, was: Do I have my ovary? I was lucky.

The recovery process was slow. For several days, I could only walk around the apartment. It was a big deal when I made it all the way around the block. I was surrounded by people to help take care of me. Again, I was very lucky.

In the 15 months since I had surgery, I have heard from no less than 100 women that they or someone they know have also had an ovarian cyst removed, or some complications stemming from a dermoid or simple ovarian cyst.

These days my periods are much more gentle. I still have pain on the first day of my cycle, but it’s nothing like it used to be. I have to keep an eye on my ovaries and go for ultrasounds every nine months or so, to be sure no new cysts are lurking. So far, so good.

If you have as-yet undiagnosed health issues that are flaring up around your cycle, I’d urge you to find a good gynecologist and, if your symptoms are like mine, go in for an ultrasound. Serious or even vague pelvic pain around your period (or any time; sometimes I’d be in pain in the middle of my cycle) could be a sign that something more than cramps is afoot. It’s never fun to go through an experience like mine, but I am glad I was already armed with knowledge going into it—and I hope I never have to experience anything like it again.

[Editor’s Note: As ever, we are not doctors or medical know-it-alls. And everybody is different, so make sure to check with a doctor about all of your options.]

What Doctors Don’t Tell You about Your Vagina Post-Breast Cancer
You Probably Don’t Know Enough about Ovarian Cancer
What It’s Really Like to Get Checked for Skin Cancer
Part of the series: