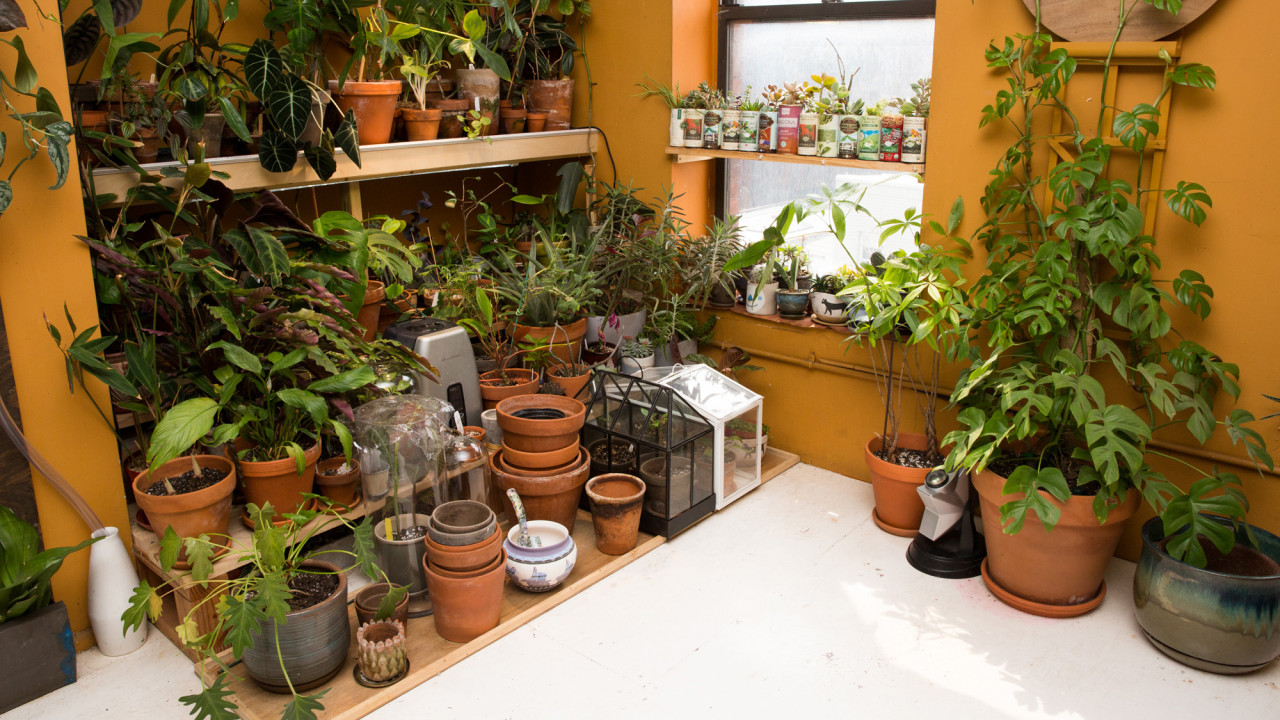 Sorry, but Plants Do Not Purify the Air in Your Apartment

Turns out there’s no science to support the idea that your coleus cleans the air.

Like tender shoots growing wild between cracks in the sidewalk, houseplants have infiltrated our homes in such a way that it’s hard to remember a time when everyone you knew didn’t have spider plants and snake plants and prayer plants and aloes and philodendrons all over their homes. At last count, between my boyfriend and I, we have 20 plants growing on windowsills and side tables and kitchen cabinets. They’re lovely. They add a lot to our home. But, according to boring old science, they may not actually subtract anything from our home. Namely, pollutants.

In an overt campaign to shatter our dreams, a writer at the Atlantic spoke with various scientists about what we can apparently now call the myth of the houseplant. “The scientific literature shows that indoor houseplants—as would be typically implemented in a person’s home—do very little to clean the air,” said one Elliott Gall, a prof at Portland State University who specializes in the “physics and chemistry of indoor air quality.” Drat.

Another professor took it even further: He and his team took a close look at all 195 studies over the years that have taken on the subject of plants as tiny, lush air purifiers. And his findings were bleak. “I do not think that houseplants clean the air,” Drexel University engineering professor Michael Waring said.

This all, uh, stems back to an eighties NASA study that sought to ascertain whether houseplants could filter out air pollutants known as “volatile organic compounds” or VOCs. Pretty much everything that has any scent to it releases VOCs, from the obvious (cigarettes, cleaners, disinfectants) to the less so (craft supplies, printers, shampoo). They’re not great for you.

The study, conducted by Bill Wolverton and published in 1989, concluded that houseplants could absorb VOCs. A few years later, he published How to Grow Fresh Air: 50 Houseplants That Purify Your Home or Office. Twenty-one years later, Instagram was founded. The rest, as they say, was history.

But Waring refutes Wolverton’s findings. Though he and his colleagues found that some plants do filter VOCs better than others, none of them filter pollutants at such a manic rate that a few houseplants here and there will actually make a difference in cleaning the air in your home. In a small ten-by-ten-by-eight-foot office, Waring told the Atlantic, you would need “to put 1,000 plants in that office to have the same air-cleaning capacity of just changing over the air once per hour, which is the typical air-exchange rate in an office ventilation system,” he said.

Fine, fine. So my pothos might not be filtering out my neighbor’s nightly bong rips that creep through the apartment vents, and my grandmother’s arrowhead plant probably did nothing to eradicate the toxins likely leaching from the freshly painted walls when we moved into this place earlier this year. Who cares, though? Plants are for loving and taking pictures of, and, if you’re like me, talking to. No big deal that they don’t actually do anything about all the VOCs slowly killing us. Someone should probably tell all the companies marketing their plants as air-purifying genies, though.