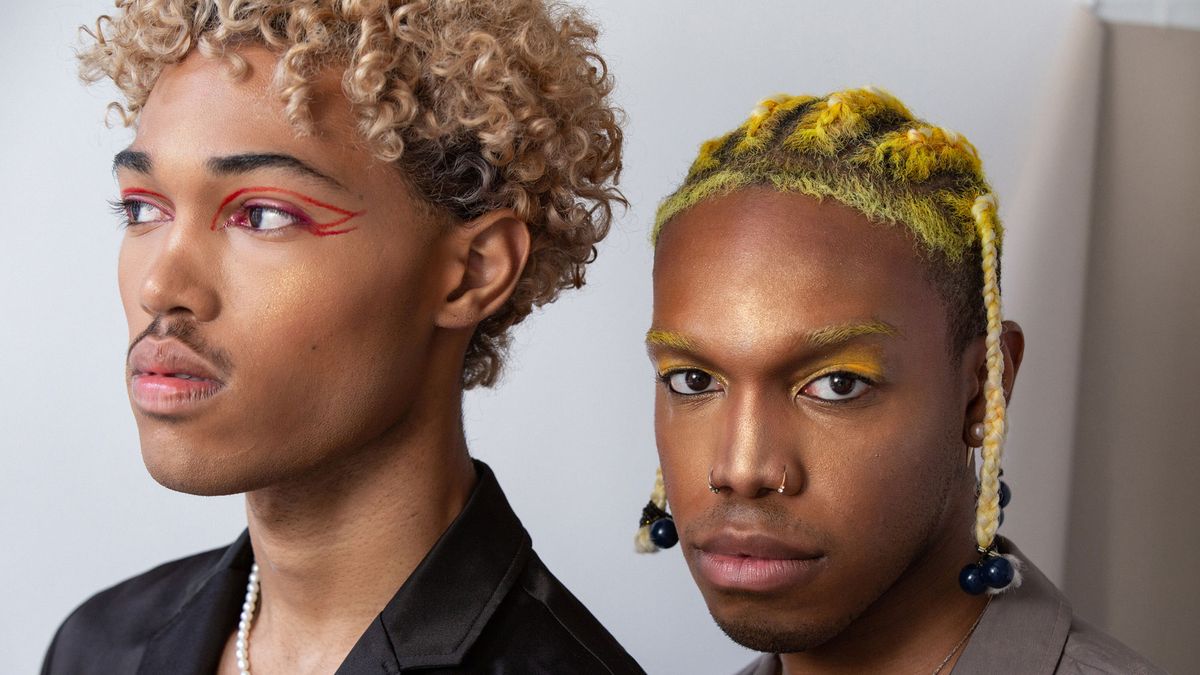 The Biggest Makeup Trend in 2019 Is Gender Fluidity

A call to see gender diversity in makeup.

Nandi Howard
Alec Kugler
Josh Allen, Nandi Howard
Producer
Monique Kamargo, Valeriya Chupinina
Makeup
Eddie Jarel Jones
When a discussion about the beauty industry comes about, it almost always centers around the wants and needs of women. Recently the industry has taken steps to make these conversations more inclusive, speaking to and making products for women of color who for years have been ignored. Another group the industry should be talking to more? Men.

Before makeup was targeted to women, it was genderless. Dating back to Ancient Egypt, men who wore heavy eyeliner and colorful eyeshadow were recognized as wealthy, and it wasn’t unusual for a male actor in the 1930s to be in Hollywood glam on sets and red carpets.

Today, men like James Charles, Patrick Starr, and Kenneth D. Senegal are disrupting the gender stereotypes associated with makeup, using YouTube and social media to celebrate their love of makeup and connect with both men and women who share their passion.

In recent years, beauty brands have started catching up. Covergirl announced James Charles as their first-ever Coverboy in 2016, and a year later Milk Makeup launched their “Blur the Lines” campaign with the men’s beauty site Very Good Light, highlighting gender fluidity in cosmetics. Scroll through Fenty Beauty’s YouTube channel, and you’ll find a tutorial made specifically with men who wear makeup in mind.

While drag queens and voguing culture set the standard for what a good beat is, makeup on men can also be subtle. CHANEL recently launched Boy De Chanel—their first collection for men, featuring a brow pencil, foundation, and lip balm—and among men’s products in Tom Ford’s beauty line are a brow definer, concealer, and bronzing gel.

We recently tapped Eddie Jarel Jones to create some of his favorite makeup looks on guys, and also spoke to three men—all with different approaches to beauty—about what inspired their love of makeup and perceptions of men who wear it.

“When I was like, 10, I’d steal my mother’s foundation sticks to hide my under-eye circles! At first I’d watch my mother get her makeup done at the counter at Saks or Neiman Marcus. Then I learned a lot through trial by fire as a teenager and through working at a hair salon in high school. But my favorite tricks I learned during backstage visits with major artists like Val Garland and James Kaliardos.”

“I feel like less and less people care, which means more and more men are hopefully feeling comfortable with it. Who gives a shit, honestly!”

“I always wanted to play in my mom’s makeup, but I was afraid of making a mess on her vanity or even my face. It was 2014 and I was in college, I got my makeup done for a fashion show and fell in love with the look. Ever since that day I’ve been a self-taught MUA, and I learned to put makeup on by enrolling into YouTube University. I’ve learned some great techniques and good products to buy for my skin type and color. The best thing I’ve learned from makeup tutorials is that no face is the same, so you should always do makeup according to a person's features.”

“I think the perception of men wearing makeup in our society is negative. Many people feel like if a man wears makeup, he must be feminine or even flat-out gay, which is completely untrue. Makeup is only paint and has no gender. Therefore, anyone who wants to wear it should be able to without being stereotyped. In 2019, I would like to see more trans and non-binary people of color in beauty campaigns and being celebrated in an industry they contribute so much to.”

“I began wearing makeup around last year, so I am primarily new, but I have always been into skin care. I honestly learned [putting on makeup] from the makeup artist on each set I’ve modeled on.”

“I think the perception on men wearing makeup is that if you wear makeup as a man, it automatically makes you soft and puts you in a category as feminine, which I disagree with. Makeup to me is seen as clothes. It’s an accessory in its own form. When I put on makeup, it completes my look for the occasion. Every type of man can wear makeup. It doesn’t have to be highlight or contour; you can put on dark eyeliner and pull a look like skaters. There is a look for everyone.”

The Makeup Artist Whose Wellness Habits Cultivated a Beauty Brand