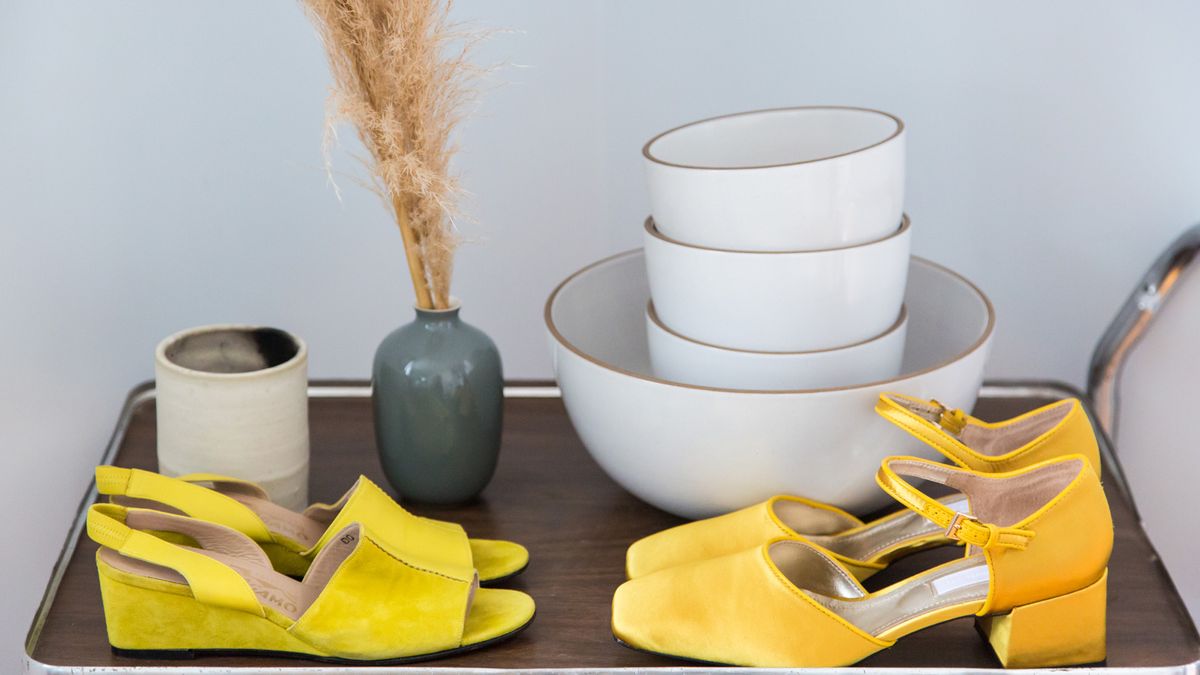 How Lisa Says Gah Actually Comes Across As Authentic

The store is genuine and, because of that, is blowing up on Instagram and online.

Emily Ramshaw
Anna-Alexia Basile
Let us tell you, we talk to a lot of people in this here industry known as ~fashion~, and almost everyone thinks that retail—how we sell clothes—is in a state of flux. Not only that, but everyone from a Silicon Valley–backed, tech-enabled men’s brand to small, high-end boutiques to world-dominating e-commerce sites say something different about where it’s all going. So we know it’s in a state of flux. But you know something else? We think we may have just found someone who’s doing it just right—and it’s a company that’s neither mighty nor dominating. In fact, it’s a small outfit operating online only out of San Francisco, selling a whole lot of designers you’ve never heard of until you find them on their site.

Enter Lisa Bühler, founder of e-commerce site Lisa Says Gah. The thing is, Bühler would never claim she’s figured out the future of retail—that’s just not her. But what she does know is how to come across as authentic and down-to-earth online, whether that’s on Instagram, where you probably already follow @lisasaysgah, or on their website, where, along with selling pieces by Mari Giudicelli and Maryam Nassir Zadeh, among many others, there’s also interview profiles, photo shoots, and plenty of other inspiration. So much, in fact, that Bühler thinks that most people come for that and stay for the shopping—you know, the way these things are actually supposed to work. And she has a devoted following (and paying customer base) because the products being sold actually feel genuine. Read our interview with her, which took place in her picture-perfect Hayes Valley apartment, and tell us you aren’t feeling Lisa Says Gah—we dare you.

How she came up with the genius name:

“The name came from a blog I started in 2009. It was something I’d always said: ‘Gah!’ Overreacting to certain things and getting excited, and that’s what it means for the shop—it’s that feeling you can’t put your finger on, you’re just really excited about it and it makes you say ‘gah.’ It’s fun, playful, and not so serious, which is something we try to present with the store. It was personal for me, and it translated for the company, as well.”

She created the site because she wanted to get information, inspiration, and new clothes all in one place:

“I was working from Nasty Gal as a buyer in L.A. and moved up to San Francisco, where my now husband was living. I had an idea to have a shop-slash-blog-slash-interview series, which I felt like I was going to different sites for at the time—one site for inspiration, learning about designers for another site—and I really wanted to bring those into one. The focus was on independent designers and still is. The idea is to bring the customer a little bit closer to understanding where the product is coming from, where it’s sourced, how it’s made. That’s the three part: shop, read, look.”

She created the branding and aesthetic before she ever bought clothes to sell. When she went to designers, she looked for people like her (and her customers):

“I had created the blog first, which was a series of inspirational images. And I designed the website to give people a feel for the aesthetic of the brand. It was only two years ago, but there wasn’t a lot of small, independent boutique shops at that time that were doing this. I reached out to designers that I thought were doing something really new at a lower price point. I found that the designers weren’t just designing everything, they were fully running their companies. I’ve found over two years that the designers really know their customer because they are their customer—they’re running their own social media, they’re packaging their orders, they’re so involved with the day-to-day business, and they also have the same spending habits as the customer, so there’s a really direct connection. That really comes through in the interview series, too, which gets me pumped up.”

Most customers come first for the inspiration:

“A lot of people come to Lisa Says Gah to source inspiration; there’s the blog, the interview series, and the styling. I’ve had friends in the industry tell me I’m in a 2018 trend book or something. We’re connected to the consumer in that way—there’s no real pressure to shop, but it’s a business, so we sell things to keep doing what we’re doing. There hasn’t been a pressure to push product or to be promotional because the product is so in line with what we believe in.”

Her retail strategy? Keep it simple:

“In terms of a retail strategy, simplifying works for us. Here’s the product, here’s the designer. If you have a strategy that’s pure and the bones of the company, it really comes across. We try to keep the site really clean. I try to keep our assortment small enough so we don’t need 100 pairs of shoes, but pick the ones we really believe in. We’re not buying collections like a department store would. When we buy something, we really believe in it and are committed to it, and are going to give it the love that we need through photo shoots and interviews and fully support our buys.”

Why the designers they carry have to be authentic, too:

“We decide on designers to carry through the ‘say gah’ thing—it’s really a lot of gut and instinct and having a certain taste. The designer themselves makes a huge difference. Mari Guidicelli, for example, embodies her brand—you’re really buying her. A lot of bigger brands are now looking into It-girls to tap into that market. It’s the community feeling that is more authentic and real. Mari is still someone people aspire to be; they really admire her style, and that’s why we sold through her shoes in two weeks. It’s the same with Maryam [Nassir Zadeh]; you look at her line, and you’re really buying her. When we buy into designers, it’s a full package deal—it’s really important now to be representing your brand. Customers want to see who’s behind the label. Social media has opened up the door.”
Want more stories like this?

Sarah Ahmed is the Founder of our Favorite Sustainable and Size-Inclusive Denim Brand
Ales Grey: The New Luxury Brand You need to Know
21 Great Bags at Every Price Point
Part of the series: