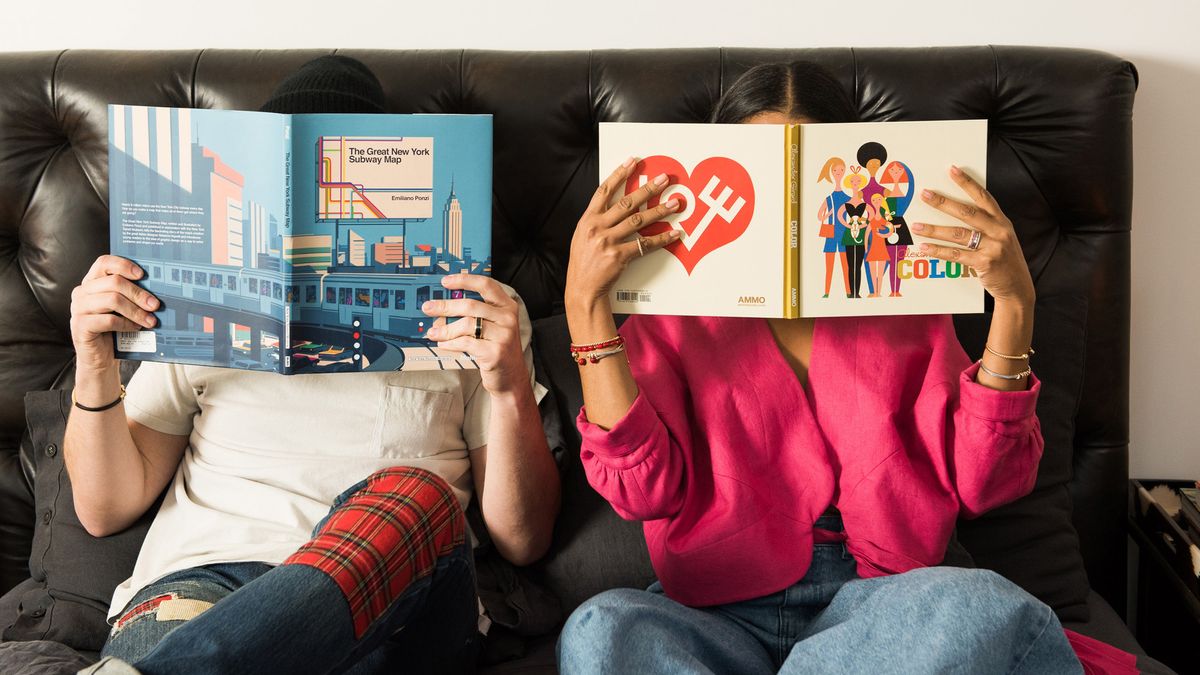 The Coolest Creative Couple Gets Very Real About Love & Marriage

You *have* to hear their wedding story (hint: backseat, taxi, Vegas—and their very first fight when they missed their flight to Paris). In collaboration with David Yurman.

Coveteur Team
As far as our closet tours go, we have an especially soft spot for young families. There’s something that enamors us about getting to see how deep fashion roots go, the contrasts between a couple’s aesthetic tastes, and how the links to familial style start to emerge early. (Plus, we have a soft spot for teeny, tiny sneakers.) This was exactly the case when we visited DJ Mick and his wife Rana for the first time around (here, if you’re unfamiliar). We live for the family’s shared love of sneakers, eye-popping collection of vintage framed prints and posters, and the way the couple’s tastes inform one another.

So when our friends at David Yurman asked us to profile a couple for Valentine’s Day and share their love story, it was particularly fascinating to see (and hear!) how the two first got together—and the role style’s played along the way. There’s the incredible story behind their proposal (Rana’s wedding ring, fittingly, is Yurman), their elopement (it involves having their wedding officiated in the backseat of a Las Vegas taxi cab), the hilarious details about the first time they met… Well, they tell it best. Mick: “I lived in Cleveland at the time, and she lived in Detroit. I was deejaying my birthday party. We had a mutual friend, and she brought [Rana] to my party. I said to my friend, ‘She's really cute, maybe one day I’ll marry her.’ Rana and I ran into each other two months later, and we got married one year from that date.”

Rana: “You’re leaving out all the details. This is why I tell the story. I completely crashed his birthday party. We were drinking on the way, walked in, and everybody was like, ‘Who are these girls?’ He didn’t mention that he had a girlfriend at the time. I just noticed him. I thought he was cute. The next day, he actually gave me every mixtape he’d ever made. I drove home and listened to all the tapes for months.”

THEIR FIRST IMPRESSIONS OF ONE ANOTHER:

Rana: “Mick was a complete surprise. I wasn’t even taking him seriously, but our attraction was weirdly something I just couldn’t turn off or deny. He’s not the typical guy I would fall for, but I loved that he made me laugh.”

Mick: “I just remember thinking you were pretty. I realized you had good music taste. I remember our first date, thinking you were fancy. You were wearing some stuff I couldn’t pronounce at the time, for sure. I learned a lot and I grew a lot over the years. Probably because of you."

Mick: “We had one of the most unique proposals, I think, known to mankind. I made her a mixtape to propose. I took all her favorite songs and had every one of her friends and family members all leave a voicemail on my phone telling her she should marry me. Then I mixed it all together into like, a 15-minute song, with all her favorite songs.”

Rana: “It was like they were giving their blessing.”

Rana: Then he got down on one knee, and Stevie Wonder came on, which I love. Later on, we went off to his birthday, slash our engagement party, and it was really awesome.”

ON THEIR FAVORITE DY PIECES FROM OUR SHOOT:

Rana: “It was love at first sight for quite a few pieces, actually! [laughs] After speaking to someone from the DY team, I learned that every year, David and Sybil Yurman create a unique piece, and the first ring I happened to see was one of their unique designs. I was completely drawn to all the turquoise, but the ring and earrings were definitely my faves.”

Mick: “I usually just wear my wedding band, but I was really into this tiger's eye ring. I wore a similar style in black that was surprisingly cool, too.”

Mick: “We had a big fight. But even though we didn’t have the ceremony in Paris, we still got married in a way that's totally us—in the backseat of a Vegas taxi cab, eating hamburgers. That’s a pretty great story.”

WHO TAKES LONGER TO GET READY?:


HOW THEY DESCRIBE ONE ANOTHER’S JEWELRY STYLE:

Rana: “Mick is very minimal when it comes to jewelry. I’ve known him to express himself through shoes, hats, or glasses, but it was refreshing to see him get into the jewelry. I would gift Mick the Meteorite watch, because I know that he has an affinity for watches and aspires to be a collector. And I would throw in a signet ring for good measure, just to get him out of his comfort zone.”

Mick: “Rana would probably go for something more extravagant, but I would gift her the diamond initial pendant. Instead of the R that was worn in the shoot, I would replace it with an M for our son, Myles. I like that as an everyday piece for her.”

THEIR MOST ANNOYING HABITS:

Rana: “He eats ketchup with everything. Like, why do you need ketchup with steak, with eggs... Every meal. Even if we go to a lovely restaurant.”

Rana: “We named our son Myles—for me, my dad played a lot of jazz. I was really into Miles Davis, and I thought it’d be a cool name. I’ve never met an uncool Myles.”

Mick: “The real reason we named Myles Myles is because there’s a new Spider-Man from Brooklyn, a mixed kid named Miles Morales. Now he loves it. It’s his favorite movie. We have all the toys. It’s a great bonding experience. And I’m a really lucky dad for that.”
Collabs Jewelry Valentine’s Day
More From the series Fashion