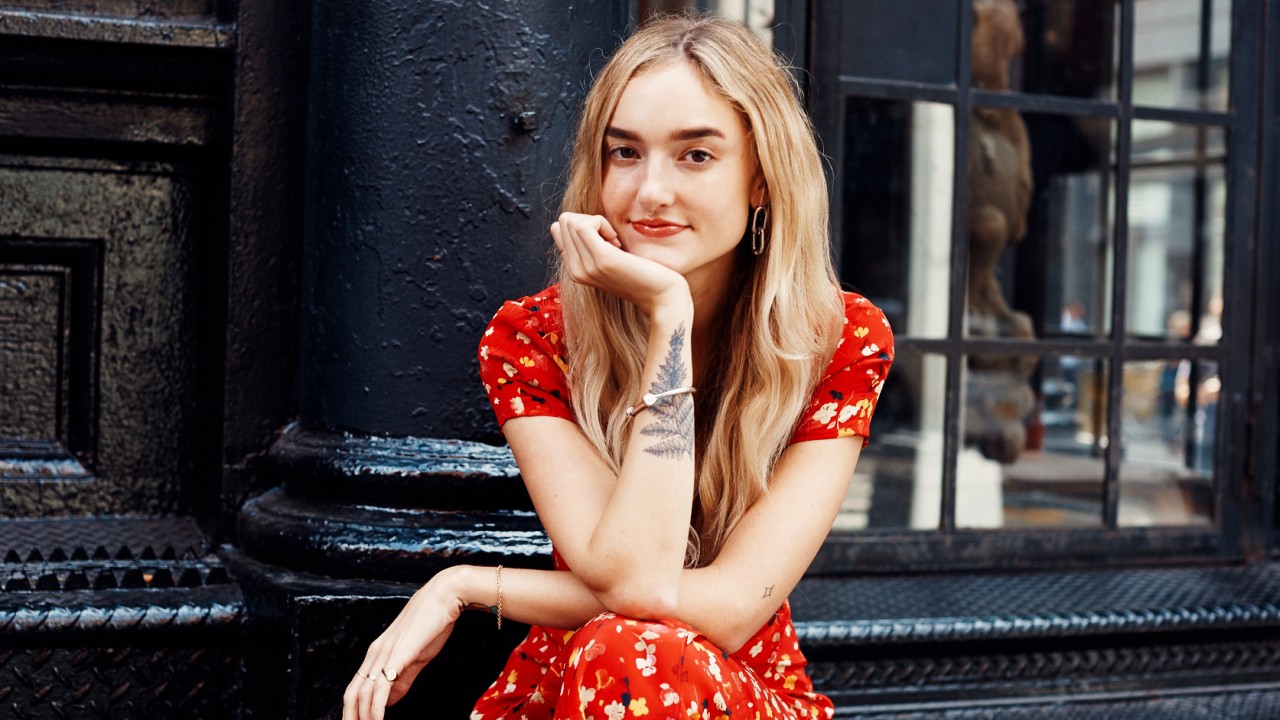 Don’t we all want to make it in the city that never sleeps?

It’s not a stretch to say that I knew I was going to move to New York when I was about six years old. Everyone on my dad’s side of the family is from upstate—Niagara Falls and Buffalo, to be exact—so it made sense that I’d eventually take my Midwestern roots east. I also had the good fortune of visiting the city almost every summer growing up with my parents and older sister. Not only that, but we stayed at the Upper West Side apartment of my favorite person in the world, my great-aunt Ruth.

A bit of background on Ruth herself: She’s somewhat of a legend in the Baxter family, having moved to New York City from the Falls when she was 24 years old. She’s turning 101 in July (!!!), making her 1942 solo departure from home somewhat of a scandal. I could wax poetic about the incredible details of her life (she drove a Harley Davidson motorcycle from New York to Florida with her best friend in 1940, just for the hell of it), but it’s safe to say that she’s not only the catalyst for first exposing me—and my sister, a fellow New Yorker—to the magic of the city, but she also inspired us to embrace everything that it has to offer.

Among the many lessons I’ve learned from her is that you should take every opportunity to visit the places that pique your curiosity. That’s not to say that you shouldn’t take a blind leap into that dream move to Paris—which she coincidentally visited every year for 50+ years—but from my own experience, it’s always better to get a feel for the place you’re considering moving to.

So, just days after my 24th birthday, I packed up a normal-sized suitcase, my computer, and one seriously disgruntled hairless cat, and hopped on a plane bound for Manhattan. I’ve been here for about five and a half years now, although in retrospect it already feels like a lifetime. These are the 12 things I wish someone had told me before I ever touched down at JFK.

I’m not trying to hate on tourists (see above: annual summer visits), but Manhattan is crawling with them on a near-daily basis, and inevitably you’ll hear them complain about the locals who shoved them in the train or on the sidewalk. But what those vacationers fail to remember is that 90 percent (I’m guessing) of the people around them are just hustling to get to work. If you were shelling out half your paycheck each month for rent, you’d make damn sure you showed up on time, too. However, I guarantee if you ask someone waiting at a crosswalk for directions, they’ll happily point you in the right direction.

2. It always takes longer to get somewhere than you think

I’d budget at least 30 minutes minimum travel time by car or train if you’re leaving your neighborhood. Forty-five to 50 during rush hour. The worst feeling in the world is getting stalled underground without cell service on your way to an important meeting. Leave early, and plan for delays.

Especially in the summer. It means there’s no A/C. Or a suspicious smell. Or vomit. Or all of the above. Avoid at all costs.

This is my WORST NIGHTMARE. It hasn’t happened to me, but I do know people who have wound up with bedbugs. My first roommate sold me on the bed cover after telling me her horror story (and assuring me she didn’t bring them to our apartment). It’ll be the best $60 you ever spend.

I don’t care if there’s a 5 percent chance of rain that day, it will downpour, and it will happen while you’re outside wearing a white t-shirt and no bra because it’s Saturday and who is around to see you? You’ll also *always* run into that one person you were really hoping to avoid when you’re looking and feeling like shit. I recommend packing an umbrella, deodorant, mints, tinted lip gloss, Bandaids, Tide-to-Go, hair ties, hand sanitizer, and a phone charger every.single.day.

6. Friends will leave you

Making friends as an adult is tough enough, but in a city as vast as New York, it can sometimes feel impossible to forge any meaningful connections at all. The kicker is that once you do find a few friends—through work, the gym, lending a tampon to a girl at the bar—one or many of them will likely leave the city for somewhere else. For those of us who stay (I’ll depart kicking and screaming), it’s truly heartbreaking to watch people whom we’ve logged so many hours of friendship with become unavailable for Sunday brunch or random Tuesday-night drinks. Cherish them while they’re here, and remember FaceTime exists for a reason.

Similar to finding friends, uncovering a person you want to spend time with from the veritable trash pile of possibilities is, in a word, daunting. While living here might make you feel free to kiss/date/sleep with whomever crosses your path, I can only recommend a trial-and-error approach. Hope for the best. Trust your instincts. Take a risk. True to the cliché, I fell in love here, and it was nothing like the cheesy romantic comedies made it seem, but still pretty damn great.

8. The amount of wealth is staggering

Just take a stroll down Madison Avenue, and try to keep your chin up off the ground. I never understood what *real* money looked like before moving here. You can witness an unending parade of millions of dollars’ worth of clothes, shoes, bags, cars, apartments—you name it—all while clutching a deli cup of coffee and eating your third slice of dollar pizza.

9. Dollar pizza is the best

Also billed as 99-cent pizza. Find your local spot. Frequent it. Fold your slice in half, and enjoy.

I’m proud to say that New Yorkers really do work harder than anyone else I’ve met. Whether it’s a reflection of our character or out of necessity (yes, the cost of living is even worse than you imagine), it doesn’t matter. The point is, working hard feels good, and at the end of the day, there’s nothing more satisfying than turning the key to an apartment that you’ve worked your ass off to afford. Plus, hard at work warrants hard at play, and if weekends in the city don’t excite you (museums! shopping! theater!), then really, what are you doing here anyway?

Even if you’ve managed to snag the big three in New York (job, apartment, romantic partner), and even if you’re 99.9 percent happy with the direction your life has taken, the city’s constant onslaught of stimulation can leave you longing. Why don’t I have the huge SoHo loft? How can they afford to raise a family in Brooklyn? Damn, that girl’s hair is so much cooler than mine! It’s always OK to want more, but try not to get overwhelmed by all the choices out there. Consider the people around you as inspiration rather than competition.

There’s an old saying that the easiest way to spot the tourists from the locals is who has stopped in the middle of the sidewalk to tilt their head and look up at the skyscrapers. While that can be annoying—I’ve personally run into my fair share of gazers—I do wish that someone had told me sooner to take a second and really enjoy my hard-won place in this city. It’s dirty and loud and crazy and fast, but if you can wade through all of that, you can uncover all the magic that brought you here in the first place.

Confessions of a New York City Bartender
What I Wish I Knew Before I Moved to Paris
I Refuse to Say I’m Sorry, and It’s Changed My Entire Career