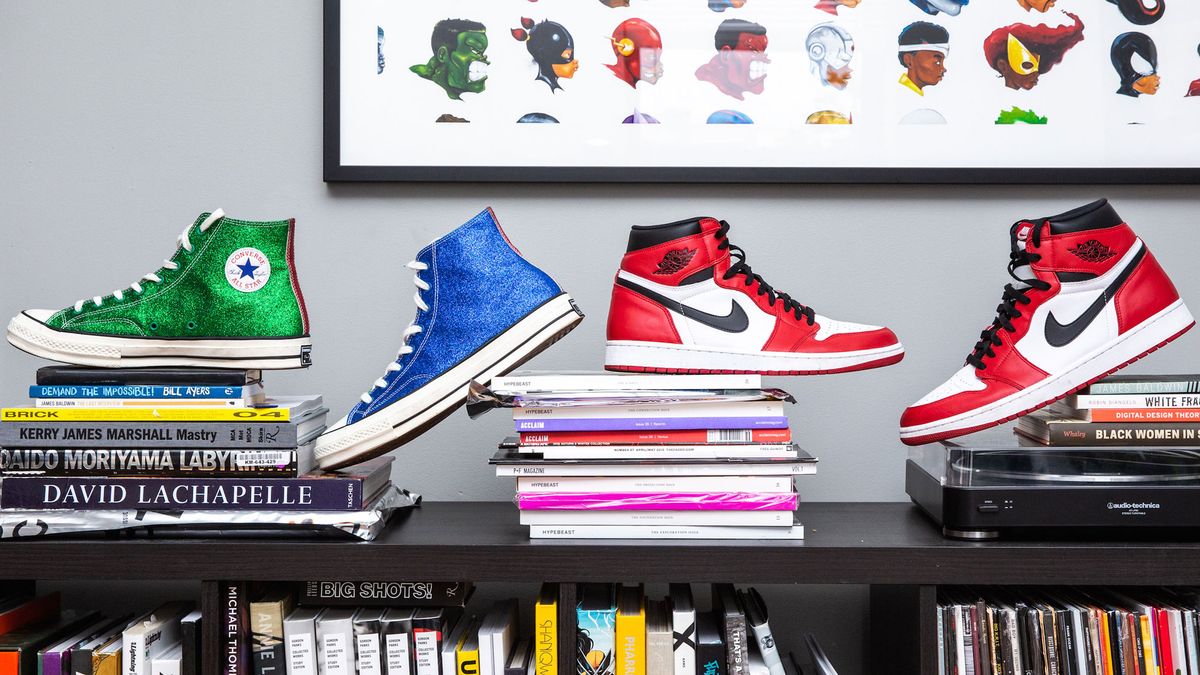 The Sneaker of the Year According to 7 of Our Friends

Spoiler alert: Three of them chose the same sneaker.

Jodi Taylor
For a few months, the debate over which sneaker takes the cake for sneaker of the year has been ping-ponging. Complex had their discussion at this year’s ComplexCon, where the likes of Don C, DJ Clark Kent, and The Game argued over Complex’s decision to give the Nike React Element 87 the top spot. And just recently, Jian DeLeon of Highsnobiety shared his top 10 picks with the world, giving praises to both Brain Dead’s Chuck 70 and the New Balance 801. We figured our friends, who are avid sneakerheads in their own right, would want to join in on the conversation.

“The sneaker release of the year for me would definitely be the Union x Air Jordan 1, hands down. I love both of the colorways that were released, but I personally own the ‘Black Toe’ AJ1 and have been wearing them nonstop since I got them. Chris Gibbs created a mashup instant classic AJ1 shoe that is entirely different from anything else I’ve seen in 2018. From the weathered-looking heel to the thicker leather and pre-yellowed midsole, it’s a beautifully constructed sneaker. And I bought some of the apparel capsule pieces, too.”

“Martine Rose! True art. [She’s] a woman whose clothing I love for its lack of tradition and [how it] challenges size and gender-assigned aesthetics. These sneakers feel like an alien experiment, some projection of future fashion that indulges the fact that it’s a luxury item that was never intended for sport! She’s a genius.”

“From March until about [a week] ago, the Nike x Sean Wotherspoon Air Max 97/1 was far and away the sneaker of the year—that is, until Dover [Street Market] snuck in the NYC DSM Air Force 1. The silhouette of the AF1 is already flawless, but adding better leather and black trimming to any ‘uptown’ is a winning formula. As an NYC native, anything that puts on for my city takes the cake.”

“My favorite sneaker of the year is Union Jordan 1. This is my fav sneaker by far. I think we see a lot of sneaker collabs every year, but few really tap into the true legacy of the sneaker at hand. Chris [Gibbs] gets it, from the oxidized sole to the leather choices and construction. I think the idea to mix the lesser-known OG white and royal with the traditional black and red was amazing. It pays true homage while adding a creative twist to the greatest sneaker ever, in my opinion.”

“Since my favorite pair of Jordans is the Jordan 1, I’mma go with the Union x Jordan 1 that released not too long ago. Then I’m going to be very broad: all of the Off-White sneakers—the Nike and Converse collabs.”

“The reissue of the DC shoes Lynx model. So much of the chunky footwear clusterfuck we saw in sneakers this year is directly derived from skate culture, specifically from late ’90s [and] early 2000s. At that time, skate was pulling inspiration from tech sneaker silhouettes—Air Max 90, 95, 97, etc. Those worlds merged inside of DC design rooms to create important shoes such as the DC Lynx. Anyone in or around skate will attest to how important the Lynx was. Every big professional skated [in] it. To me, it was very important to the footwear culture, which has blatantly and unapologetically taken so much from skateboarding.”

“The top sneaker of 2018 in my opinion is the Reebok by Pyer Moss DMX Fusion 1 Experiment. The release was refreshing from Reebok, who tapped Pyer Moss to collaborate in the design. [Kerby Jean-Raymond of] Pyer not only had a stellar year winning the CFDA/Vogue Fashion Fund, but he elevated the sneaker game as an emerging designer [collaborating] with such a globally recognized sneaker brand. Kerby’s a friend, which made this even more special. He released a special drop for his close friends and family before the launch that was personalized with ‘You’re my friend.’ I immediately wore it that same day to a dinner because why not? I love supporting my friends and seeing them win.”

Joe La Puma on Retroed Sneakers, the One That Got Away & Using Coveteur as a Cheat Code
Brandon “Jinx” Jenkins’ Closet Is a Streetwear Lover’s Paradise
24 Sneakers Releasing This Month
More From the series Fashion