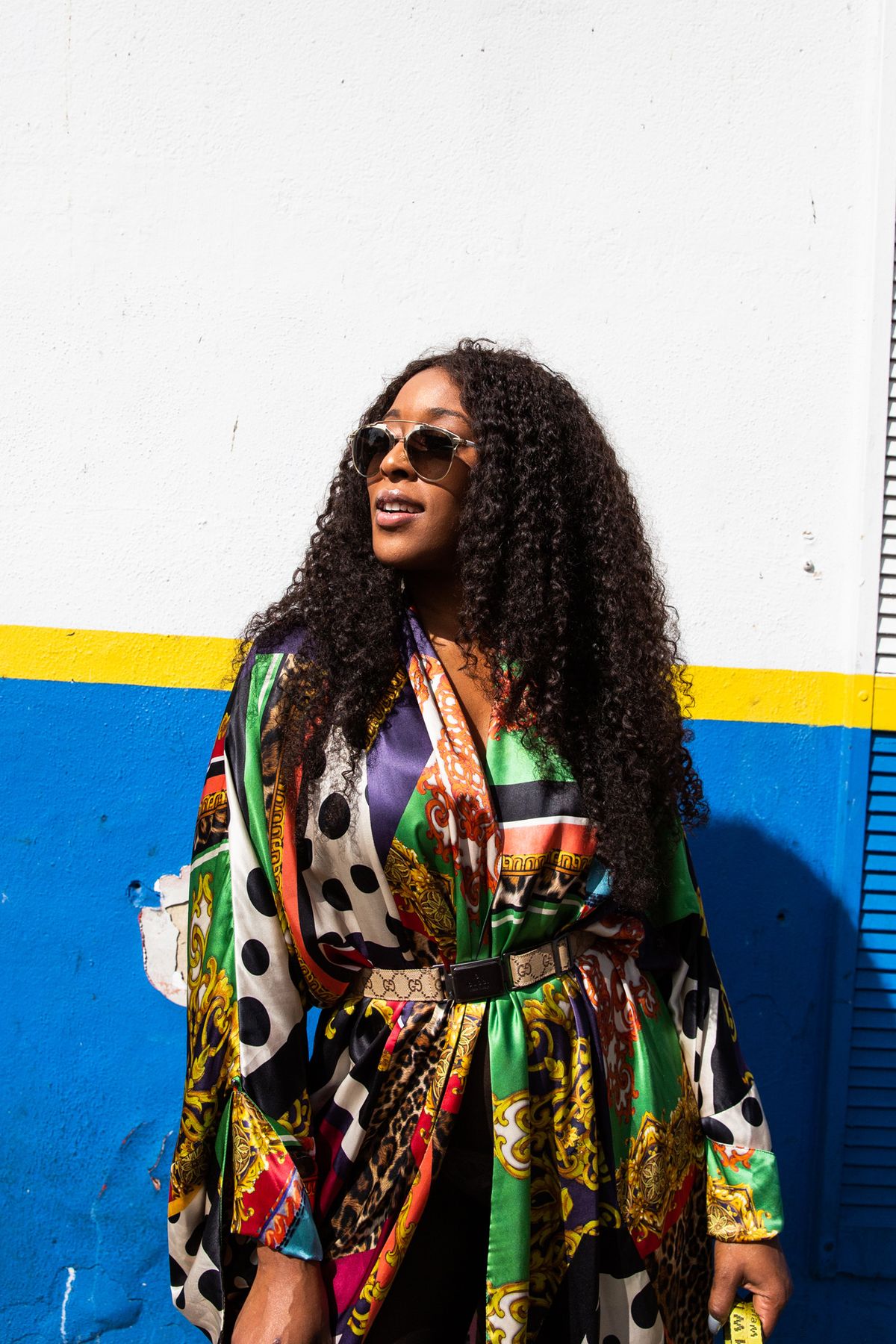 Kesha McLeod’s Closet Is a Love Letter to Dior

The stylist dresses the likes of Serena Williams and James Harden, so it’s no surprise her closet is a gold mine. New York.

Jodi Taylor
Alec Kugler
Jodi Taylor
When we asked celebrity stylist Kesha McLeod to tell us about her first assisting job, she told us how it involved her hopping on a plane to Cleveland for an ESPN The Magazine cover shoot with Jimmy Kimmel and LeBron James—NBD. Turns out this gig was a foreshadowing of the New York native’s future—she now jets around the world for her roster of clients, which are some of the best in the biz, like Serena Williams, James Harden, and PJ Tucker. We sat for a cup of coffee, sunken into McLeod’s big cozy couch in the center of her Harlem living room. McLeod peppered us with stories from her career path, like how she landed jobs with musicians Ne-Yo, Rick Ross, and Jadakiss (to name a few) while simultaneously signing with her first athlete client: Vernon Davis. After coming to the realization that the music industry wasn’t for her, McLeod switched gears to swagging out athletes. We stayed dialed into McLeod’s stories, even as we hung Fendi jackets from her kitchen cupboards, balanced CHANEL flap bags on her oven, and delicately placed sparkling Balenciaga heels on her bookshelf. If we’re being honest, we could have stayed there all day. Take a gander through McLeod’s closet below, and you’ll quickly understand why—her sartorial eye is a force to be reckoned with.
Closet

The stylist dresses the likes of Serena Williams and James Harden, so it’s no surprise her closet is a gold mine. New York.