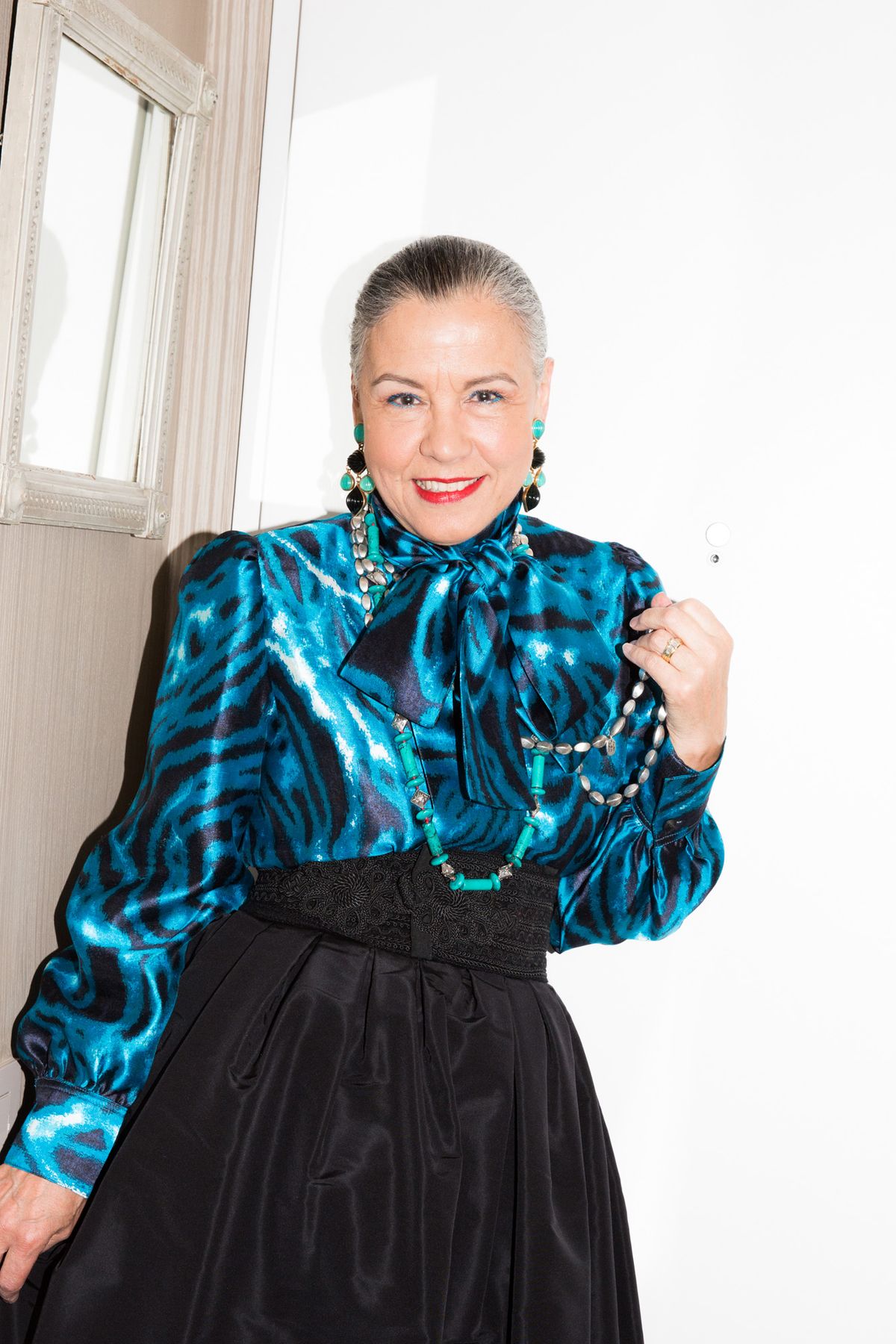 This Beauty Executive’s Designer Wardrobe Could Fill a Museum

Katie Becker
Alec Kugler
Hannah Baxter
You don’t know the meaning of space-saving until you’ve been to the West 57th street apartment of beauty public relations guru Karen Oliver. Her two walk-in closets and an ingenious rolling wardrobe are compact capsules with decades’ worth of designer and custom clothes squeezed in, all in her signature artsy-meets-uptown-meets-menswear style. We hardly made a dent in her museum-sized collection after hours poring over her hangers. She has at least 50 pussy bow blouses alone (Oliver herself sews patterns she loves with multiple fabrics and colors), and the heirloom-level Oscar de La Renta, Carolina Herrera, and Valentino had no end in sight. Did we mention the wall of CHANEL handbags? But Oliver doesn’t come from an uptown New York background. The 70-year-old executive grew up in California in a large family of horse ranchers and often reminisces about her hippie days in San Francisco (she happens to be friends with Deepak Chopra, by the way). We personally know Oliver from her long career in beauty. Starting with working in retail for Erno Laszlo, she went on to become an exec at Lancôme, Borghese, Helena Rubenstein, Shiseido, and Christian Dior. Today she owns her own PR agency, Karen Oliver and Associates, repping French cult brands like Eau Thermale Avène, Klorane, René Furterer, Glytone, and Ducray. We *really* know Oliver, however, from long lunches and a recent trip together to France, where the talk quickly dived into philosophy and politics. Her small team can tell you that mentorship might be her strongest skill, though her floral talents—as exhibited when she did the wedding arrangements for her good friend Kahlana Barfield—will also impress. What we’re saying is there are depths to KO (as she’s often called by those in her circle). But for one day we focused on the depths of her closet, specifically, to unearth treasures like a tasseled rainbow Yves Saint Laurent belt from the ’80s and more gold CHANEL jewelry than we could fit in one photo.
Closet