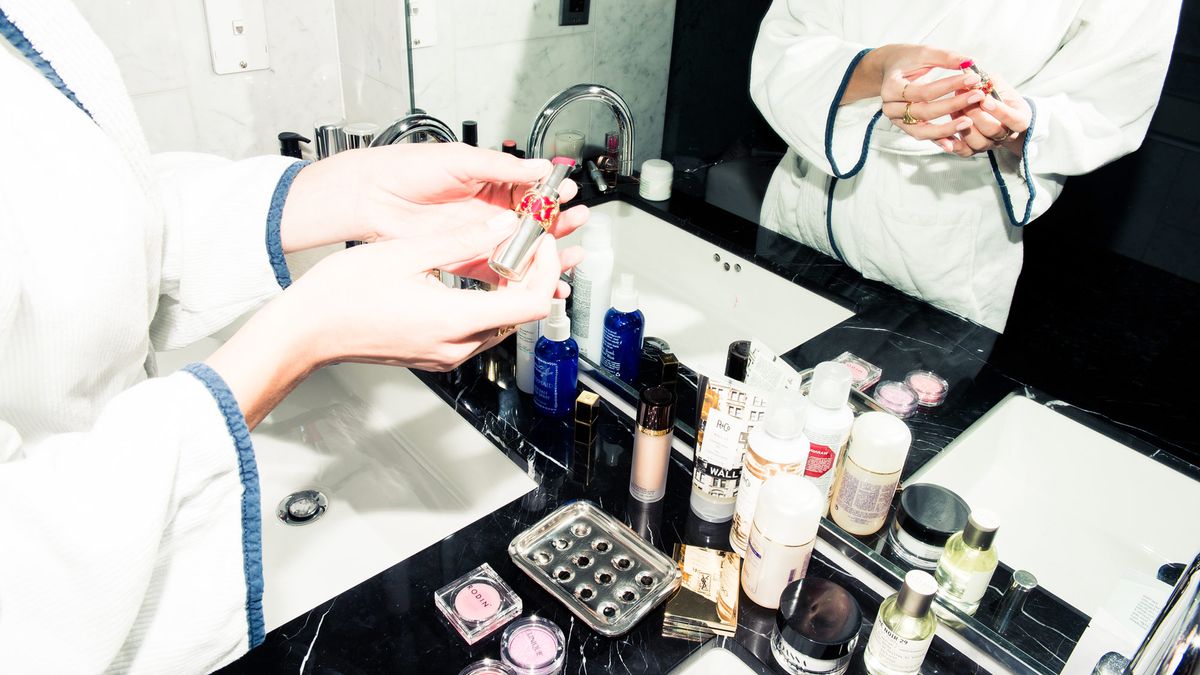 As a company primarily made up of women, we tout the importance of education and early testing for breast cancer. Not just now, during Breast Cancer Awareness Month, but year-round. In the U.S. alone, there will be an estimated more than 250,000 new cases every year (and about 2,500 cases among men), and one in eight women will be diagnosed in her lifetime. If you don’t already know someone affected, quickly think about the eight women closest to you, and that statistic starts to feel very real, very fast. When Caitlin Kiernan was diagnosed, she was the beauty director at Life & Style Weekly magazine and found that, despite the barrage of doctors explaining her upcoming medical treatments, she was still—like thousands of women before her—concerned how they might affect her appearance.

“There I was—my hair was falling out, I had my breasts removed. I used to be known for my cool manicures, and I couldn’t do my manicures anymore,” Kiernan explains as we chat over the phone. “Everything that informed who I was as a woman—as an individual—was stripped from me in a matter of months.” Desperate for answers, she scoured the internet for tips. “I had really bad hives all over my body from my chemo. It’s hard to put a foundation on top of that—you look blotchy. It’s a mess. I remember reading a tip online—someone was saying [to] put baking soda in a bath with 12 mushed up bananas and some peppermint leaves. First of all, who has 12 bananas? It was a recipe for disaster.”

Doctors had few recommendations for dealing with so-called “vanity issues,” so she turned to the friends she had made over her years as a beauty editor. Friends who, by the way, include hairstylist Ted Gibson, manicurist Elle Gerstein, and celebrity dentist Dr. Brian Kantor. With their advice, she eventually discovered a repertoire of products for dealing with everything from hair loss to skin that changes colors by the day, and slowly learned to be wary of lesser-known hurdles—for example, wearing a favorite perfume during chemo can establish a negative scent memory and should be traded out for something new.

Now that it’s been three years since the last phase of her breast reconstruction (remission is considered 10 years post-treatment), Kiernan realized that other women could benefit from the wealth of knowledge she had acquired. “I felt like I really wanted to get all of these tips and amazing advice out to people, because I knew that they worked and they were from top-tier medical and beauty experts.” Her book Pretty Sick: The Beauty Guide for Women with Cancer is equal parts intimate memoir of her battle with breast cancer and a meticulously researched manual for women at the start, middle, and end of their treatment. Whether a patient is debating the merits of a lumpectomy vs. a mastectomy, curious about which ingredients in her skin-care products to avoid (antioxidants are a serious no), or frightened over the effects of chemotherapy-driven menopause on her vagina, Pretty Sick has a relatable and often hilarious anecdote.

Rather than label them vanity issues, Kiernan believes that quality information about managing physical side effects should coincide with a regular course of treatment. “I 110-percent believe that beauty treatments are an adjunct therapy to cancer treatments. I don’t mean just going in for a facial, I mean self-care. Being able to get dressed like yourself [and] feel like yourself during cancer treatment. Cancer is a health crisis, but you also experience an identity crisis as a result of all the side effects.”

More than anything, Kiernan wants to target the lingering stigma. “You get pushback when you ask questions that some people perceive as vanity issues. But I try to make this very clear—this is not a matter of vanity. [It’s] not so much about looking pretty as it is about being empowered—taking back some of the control that you’ve lost to this crappy disease, and being able to manage your life, even if it means just managing your makeup. I’m making it my mission to kind of open that dialogue. Keep that dialogue going, even if I have to talk about my dry vagina [laughs].”