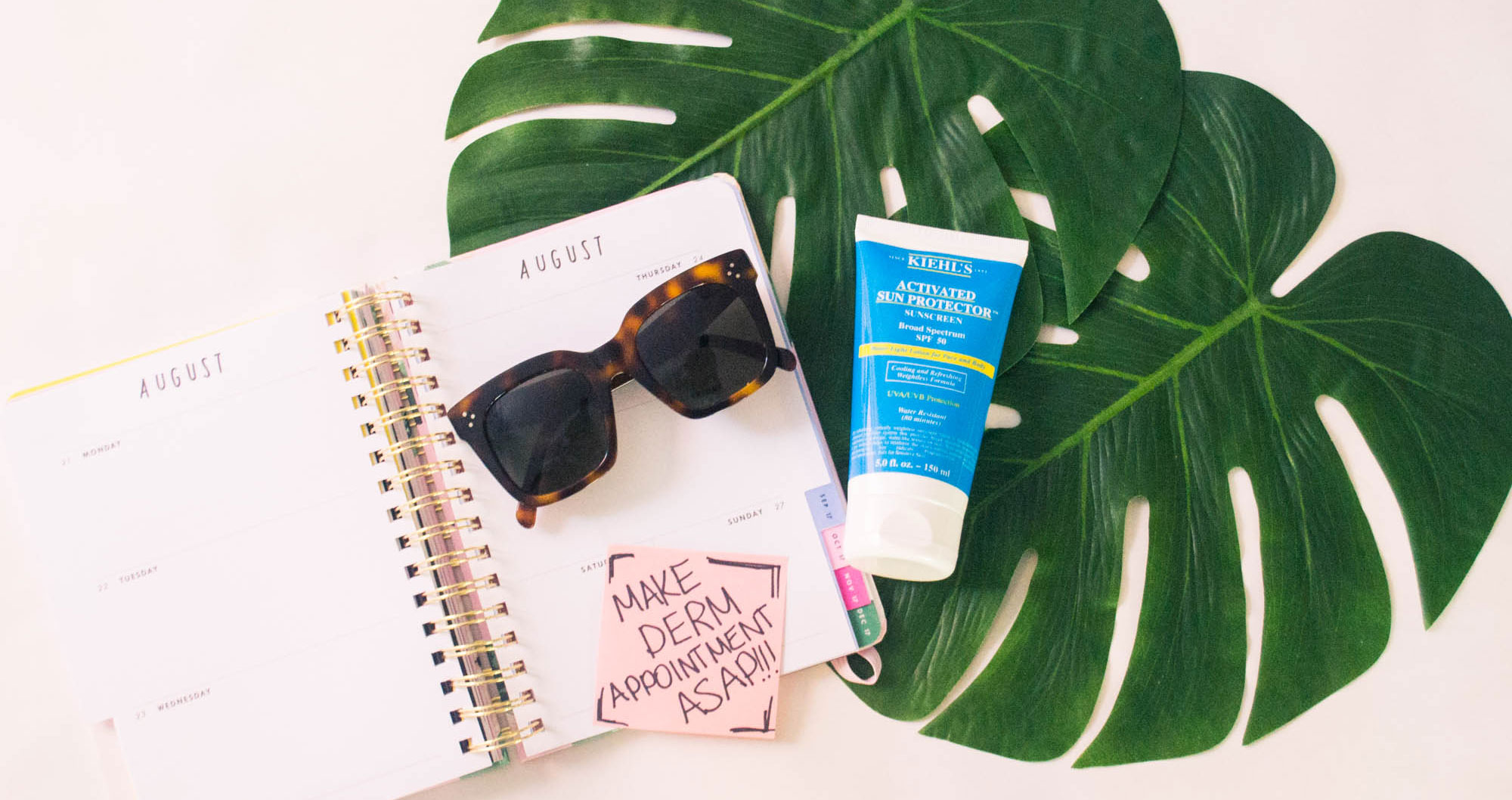 Why You Need to Schedule a Post-Summer Derm Appointment ASAP

Your skin will thank you (& it might save your life). *Get Your Sh*t Together Week*

By now it’s not exactly a secret that baby oil does not sufficient sun protection make. And with summer on its last legs, we’ve begun to come back down to earth and think twice about the effects of the extra hours of sunshine we’ve been getting in while chugging rosé or plopped on the beach scrolling through our phones (we mean, our summer reading list). Two big M’s in particular have been top of mind—melasma, which is mostly harmless and largely aesthetic in its downsides, and melanoma, the much scarier, potentially deadly of the two and also known as the most dangerous form of skin cancer. Yikes.

In our continued efforts to embrace responsibility and adulthood in full, we’re getting serious about prevention and figuring out what the eff is going on with our skin. So we enlisted board-certified dermatologist and RealSelf adviser Dr. Joel Schlessinger to break down both types and what you really need to know before you walk into your next dermatologist appointment.

“Melasma causes brown or grey-brown patches to appear on the cheeks, forehead, upper lip, bridge of the nose, and chin. Like most other forms of hyperpigmentation, melasma is considered harmless and more of a cosmetic nuisance. About 90 percent of those who develop melasma are women, and the condition is also more common in people of color. It may be triggered by exposure to the sun or hormonal fluctuations, and in fact, melasma is often referred to as ‘pregnancy mask,’ since it is so common during this time. When melasma is triggered by pregnancy, it is called chloasma. Other triggers include birth control pills and certain medications.

“The best way to prevent discoloration related to sun exposure is to apply a broad-spectrum sunscreen and reapply often to ensure your skin is well protected. Sunscreen is the best anti-aging treatment in your skin-care routine because many signs of aging are caused or exacerbated by sun exposure. To treat existing melasma, I recommend using Obagi Nu-Derm products combined with tretinoin.

“One of the most common misconceptions about melasma is that it will go away on its own. Melasma can fade after a few months if the trigger causing the discoloration stops, such as after your baby is born or after you stop taking birth control pills, but it won’t disappear completely without treatment. If you’re concerned about your melasma, it’s time to make an appointment with your dermatologist.”

“Melanoma is the most dangerous form of skin cancer, killing an estimated 10,000 people in the United States each year. This deadly skin cancer often resembles moles, and some even start from moles. The majority of these moles are black or brown, but they can also be pink, red, purple, blue, or white in color. If melanoma is diagnosed and treated in its early stages, it is almost always curable. If it’s not caught early, melanoma can spread to other parts of the body, where it becomes hard to treat and can be fatal.

“Everyone is at risk for melanoma, but increased risk depends on several factors, including sun exposure, number of moles on the skin, skin type, and family history. For example, those with fair skin, lighter hair, and lighter eye color have a higher risk of developing melanoma. Anyone who has 50 or more moles, large moles, or unusual-looking moles is also at risk. Melanoma is more common in those who’ve had blistering sunburns in early childhood, but sunburns later in life also pose a threat. The use of tanning beds also increases a person’s risk for melanoma.

“Self-examination is essential to catching melanoma in its early stages, but it isn’t the whole story, as many moles or skin cancers can be tricky to find and may need a biopsy to determine the entire picture. A change in a mole or growth is generally the first sign of skin cancer. You can use the Ugly Duckling method, which is based on the concept that melanoma often looks different than surrounding moles. Normal moles resemble each other, while melanoma looks or feels different. Another sign could be that over time the melanoma changes differently than the other moles in the same area.

“A common misconception many people have with melanoma is that it’s rare, so they don’t have to worry about it. This is completely false. It’s estimated that more than 135,000 new cases of melanoma are diagnosed each year in the United States alone. Melanoma is one of the most common cancers for young adults, and it’s the leading cause of cancer-related death for women 25 to 30 years old.

“It’s very important to see your dermatologist for regular checkups. Survival rates vary for each stage of melanoma. Obviously, when melanoma is detected early enough, the survival rates are higher. Once you have had melanoma, you are five times more likely to have a recurrence. Those who have had other forms of skin cancer are also at increased risk for developing melanoma. For this reason, it is essential to keep all follow-up appointments with your dermatologist. You should also see your dermatologist for annual skin checkups and perform your own self-examinations between these appointments.

“Some people also think having a ‘base tan’ will protect skin against further sun damage. But any change in the color of your skin is a sign of sun damage. There is no such thing as a safe or healthy tan.

“Another misconception is that people think they’re protected from melanoma if they put on a little sunscreen. One of the most common mistakes people make with sunscreen is not applying enough. They either think they don’t need sunscreen because they won’t be outside, or they don’t reapply sunscreen throughout the day. Sunscreen is important every single day, rain or shine. Even if you’re sitting inside all day, you still need sun protection. Most car, home, and office windows protect against UVB rays, but they leave you unprotected from UVA rays, which cause premature signs of aging as well as skin cancer. It never hurts to reapply if you think you need it.”