FOR OUR FIRST COVER STORY STAR, NINA DOBREV, THE HEAT IS ON.

When Nina Dobrev arrives on set with us in New York City, it’s more than 90 degrees outside. With heavy humidity. While most of us would cower inside the air-conditioned studio, Dobrev’s plans involve strutting onto the sweltering rooftop in fall’s cutest turtlenecks, suits, and wool (yes, wool) sweaters, while the rest of us wilt even in the shade. No surprise, Dobrev knows what a difference it makes when you sweat a little. Let the photographic evidence here serve as proof, as well as her super-packed schedule.

Dobrev is in the Big Apple for the opening of her newest movie, Dog Days (how fitting for the weather), a movie she filmed simultaneously with another, requiring her to fly back and forth from L.A. to Toronto multiple times a week (she carried custom extensions with her, courtesy of her longtime hairstylist Riawna Capri so she could morph between characters). Dobrev is also starring in upcoming CBS TV show Fam and has four films in post-production. And she made a cameo in Drake’s “I’m Upset” video (shoutout to our two fellow Canadians!) this summer. None of that includes keeping up with her 15.9 million Instagram followers either. To that end, we wanted to ask Dobrev about the other side of the coin: how she stays grounded, relaxed, and, well, chill…even when the barometer is about to break.

Are you a morning person?

“The older I’ve gotten, the more I’ve become a morning person. I do like to wake up early, walk the dog, have a shake, go work out. I typically work out in the morning to get it out of the way because otherwise in the evenings I’m too zonked and couldn’t be bothered. I’m not a human if I don’t have eight hours of sleep. Actually, I can be pretty terrible if I haven’t slept well or if I haven’t had my coffee before I speak. I get hangry; if I don’t eat every two hours I’m also a nightmare. I warn everyone before!”


So you had a dog before filming Dog Days the movie?

“I just adopted a dog three weeks prior to getting the script sent to me just coincidentally. I quite literally read the title and said yes. Luckily after I read the script, I liked it. I made the right decision. It was kind of a joke. I emailed the team: ‘There’s dog in the title, you know I’m gonna do this movie.’ It just has so much heart, it reminded me of Love, Actually but with dogs.”

When are you your most creatively inspired?

“On planes. I’m shut off to the world, I don’t connect to wifi typically. That’s when I get my creative juice going. Also, when I sleep I’ll wake up in the middle of the night and be inspired by dreams. I always have a notepad next to my bed, and I write things down. Sometimes my handwriting is crystal clear….and sometimes it’s indecipherable. It’s funny how that works. And another is my writing partner. We wrote a script, and a lot of our ideas are boozy. [Laughs] We’ll have a glass of wine and hang in the hot tub.”


You seem to be pretty spontaneous, where does that trait come from?

“It was definitely the way I was raised. My parents and I and my brother would go on road trips when we were little. I would travel to Europe to see my grandparents. I feel like there is so much out there, and I just want to experience all of it as much as I can. And because I was on a show for so long for so many months, when you’re on set or when you’re shooting, the schedule is so regimented. Everything is planned to the minute, people are around you all the time. So when I’m not working, I like doing the polar opposite: disappear somewhere, go as far away as possible, away from people I know, and experience new cultures and new countries and immerse myself in a different environment and not have a schedule and not plan things.”


What place have you traveled to that really impacted you?

“Bali, because it has such a spiritual energy. Expensive flight, but once you get there everything is so inexpensive. It just feels like you’ve been transported to a different planet. The culture is amazing, the people are so sweet, it’s beautiful, it’s untapped. If you go to Ubud, there's a huge yoga culture. It will definitely rejuvenate your soul.”

Where do you like to go in New York when you’re here?

“The new Soho House in Dumbo is my jam. It’s so cool. I just went for the first time to the musical theater bar in the West Village, Marie’s Crisis! That one was fun. Then obviously my go-to food place in the city is Otto’s Tacos. My friend is Otto!”


You love spas, what are the best ones in the world?

“I’m a bit of a spa-holic, is that a thing? AIRE Spa of New York is my go-to here. In London, the Corinthia Hotel. It’s insane, the steam rooms and the saunas and the massages, it’s one of the most incredible experiences. In Toronto, just outside of Toronto near Blue Mountain, the Scandinavian Spa. It’s an outdoor/indoor spa, so especially if you go in the winter, it’s snowing and you’re going in the hot tubs, you’re going from room to room, and it’s huge and really cool. The Korean Spa in Los Angeles. It’s not fancy—everyone’s naked. I’m a steam-room-aholic as well… I have a steam room and a hot tub. I don’t have an infrared sauna, but I think that’s my next step. They’re amazing. Shape House in L.A. will wrap you up in infrared, and then Sweat Theory is an infrared sauna place in Los Angeles that I go to.” 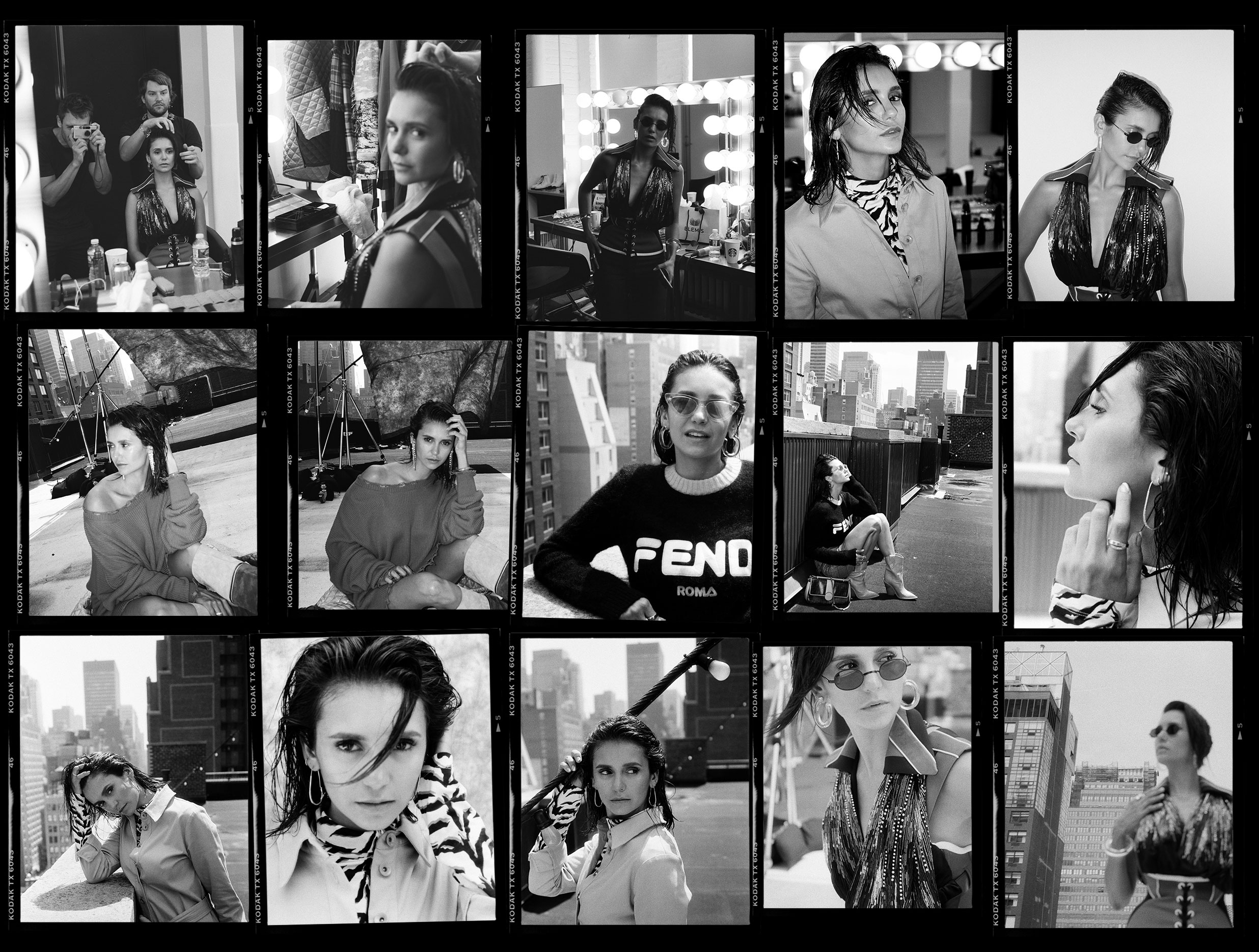 What about your nails?

“I always go to hole-in-the-walls. The smaller, the better. It’s less busy. There’s one place here called Salon M in Greenwich Village. They do great nails, but their masseuses are so good. I walk in for a $20 mani and end up leaving $300 later. I’ll do 10 minutes, and I’ll be like, ‘Just 10 more! Just 10 more!’ Until it’s been like, four hours.”

“I recently discovered Dr. Barbara Sturm. The Glow Drops. I’ve never gotten more compliments on my skin since I started using that. You mix it with your moisturizer and sunscreen. And her sunscreen is the only sunscreen I’ve been able to use that doesn’t come out white, and it doesn’t get cakey with your foundation. I also use the Deesse LED Mask. The best mortgage payment I spent on my face. Shani [Darden] was the one who told me about it. I use Clarisonic. They’re great—they really get in there. After my makeup is done, I use Kate Somerville sunscreen setting spray. I was just in Mykonos on vacation, and I was swimming in the ocean, and I came out with a full red lip and it was still on; it was amazing. But that’s also because it was a YSL stain.”


On that note, what makeup do you love?

What do you do for eyes and lips?

“I’ll either do a lip and bare everything else, or I’ll do an eye and then bare everything else. In general, I like to keep the skin glowy and fresh and not really wear a lot of makeup. I get red pretty quickly and easily, so I just let it shine through, which I’m told is rosacea, which is not a good thing, but I like it, so I don’t wanna treat it. It skips a step. [Laughs]”


How do you do your hair when someone isn’t doing it for you?

“Air-dry. I can’t be bothered. Being on a show for so long and having hairstylists, I never learned how to do it, I have no idea. Other than shower and condition, it’s scary when I wanna do it myself. I have naturally wavy, curly hair, but when I try to do my own hair, I end up going overboard. I’ll try to fix one or two pieces, but it will be a downward spiral, and by the end of it I’ll look like Annie. Once you go Riawna, you can never go back!” 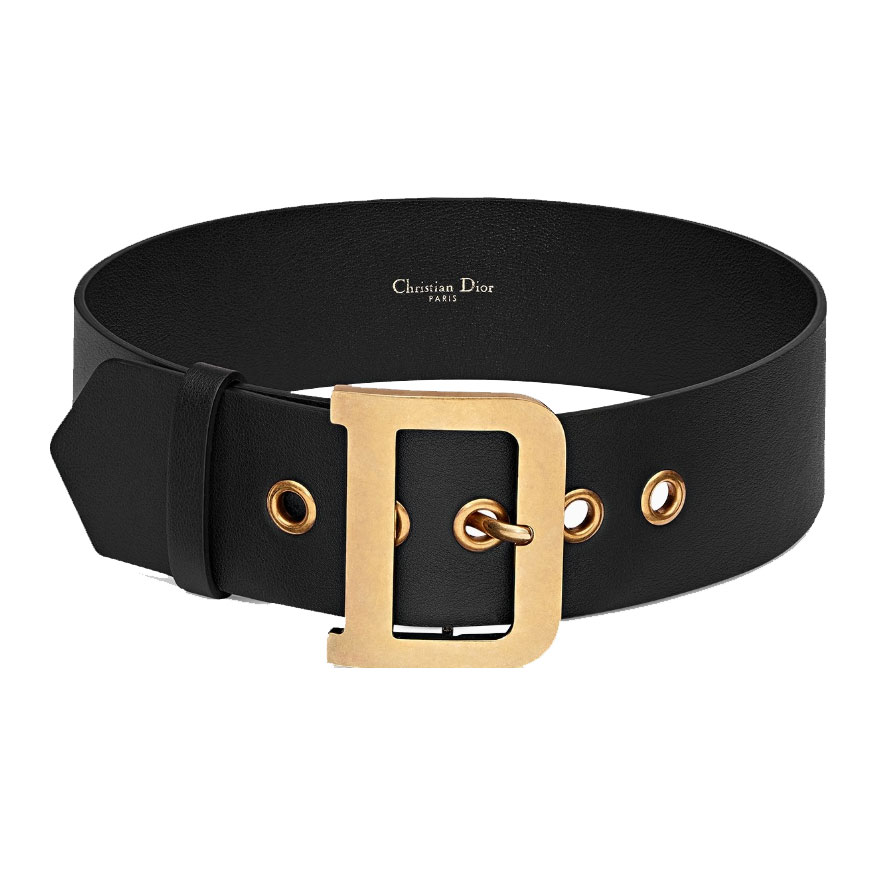 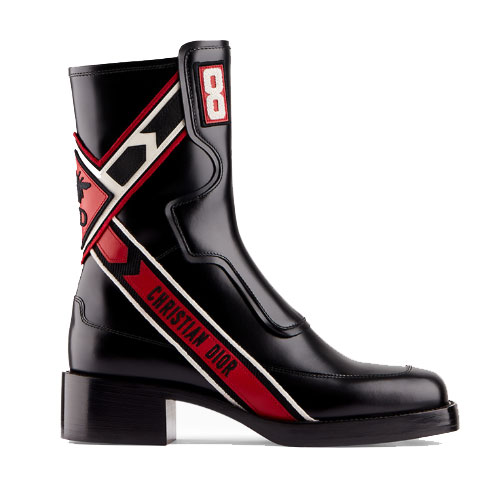 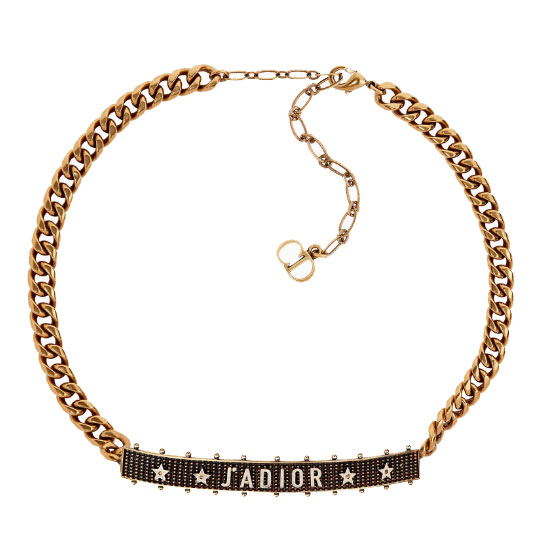 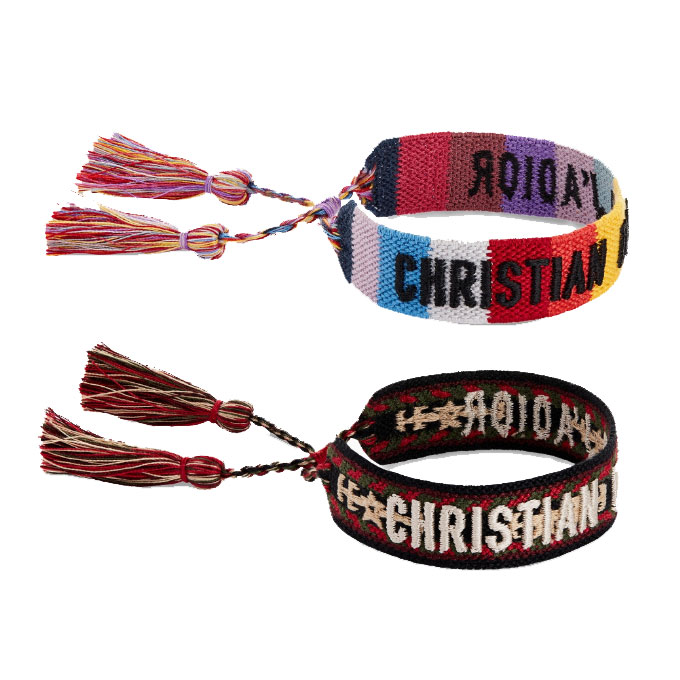 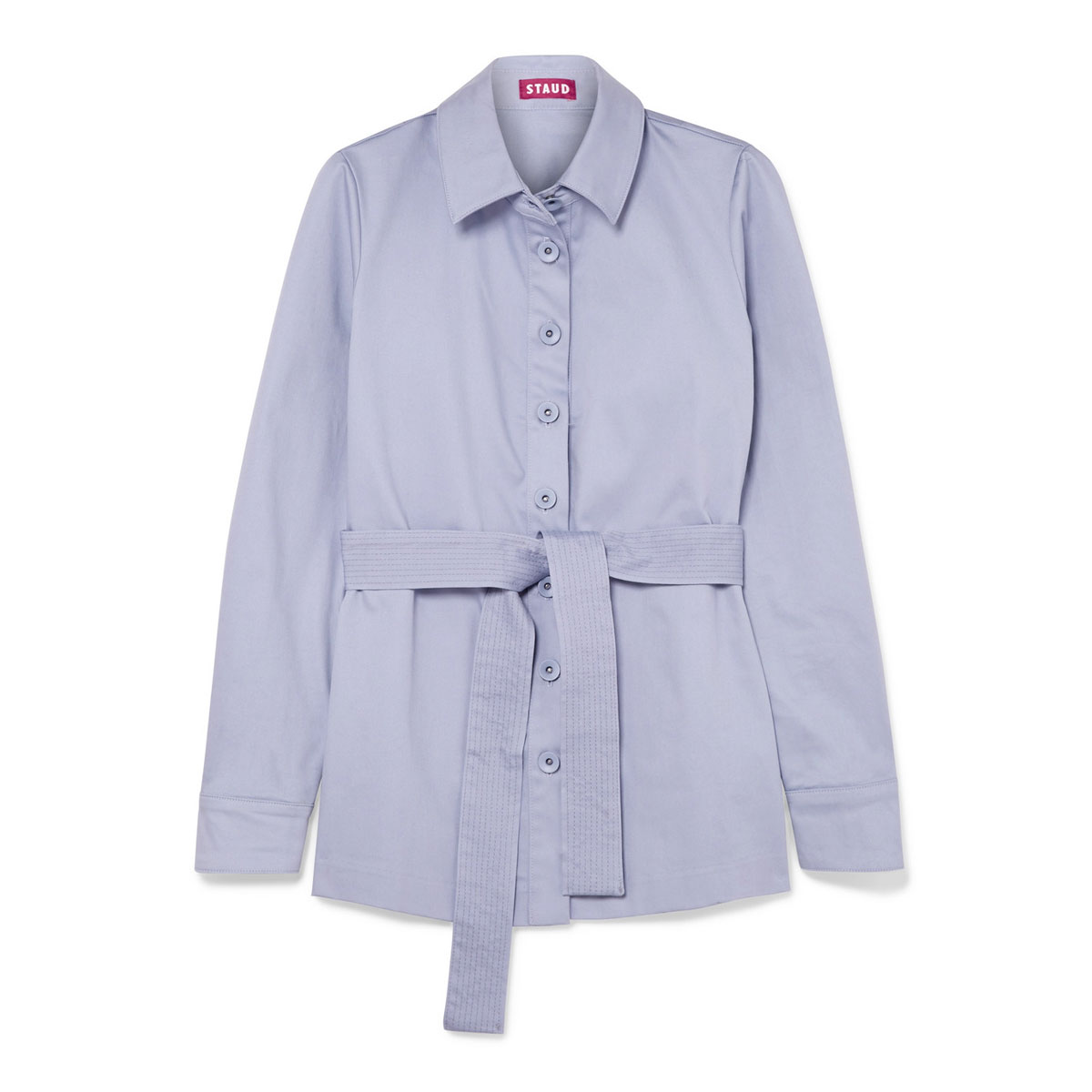 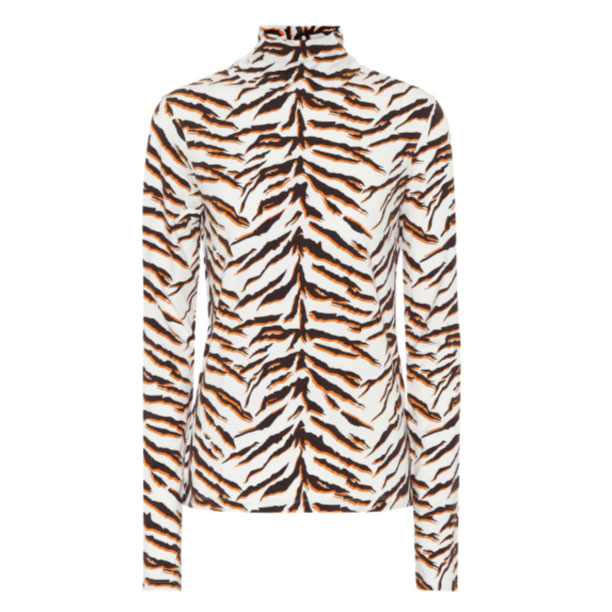 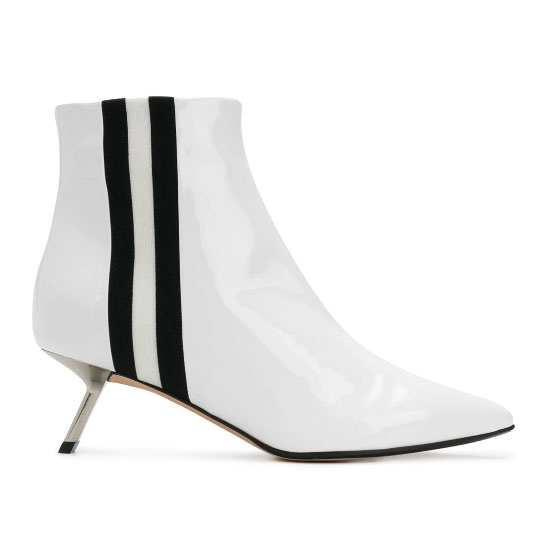 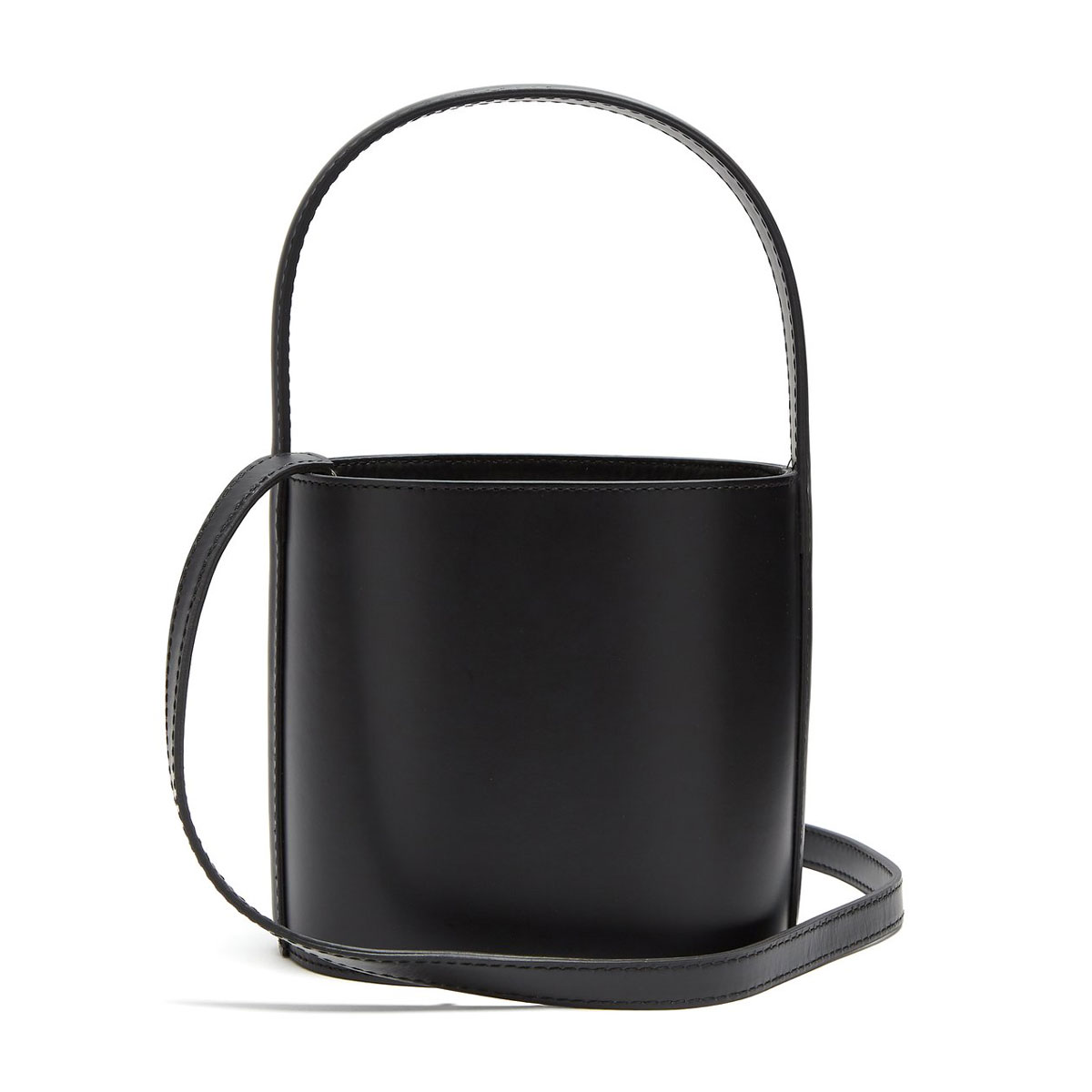 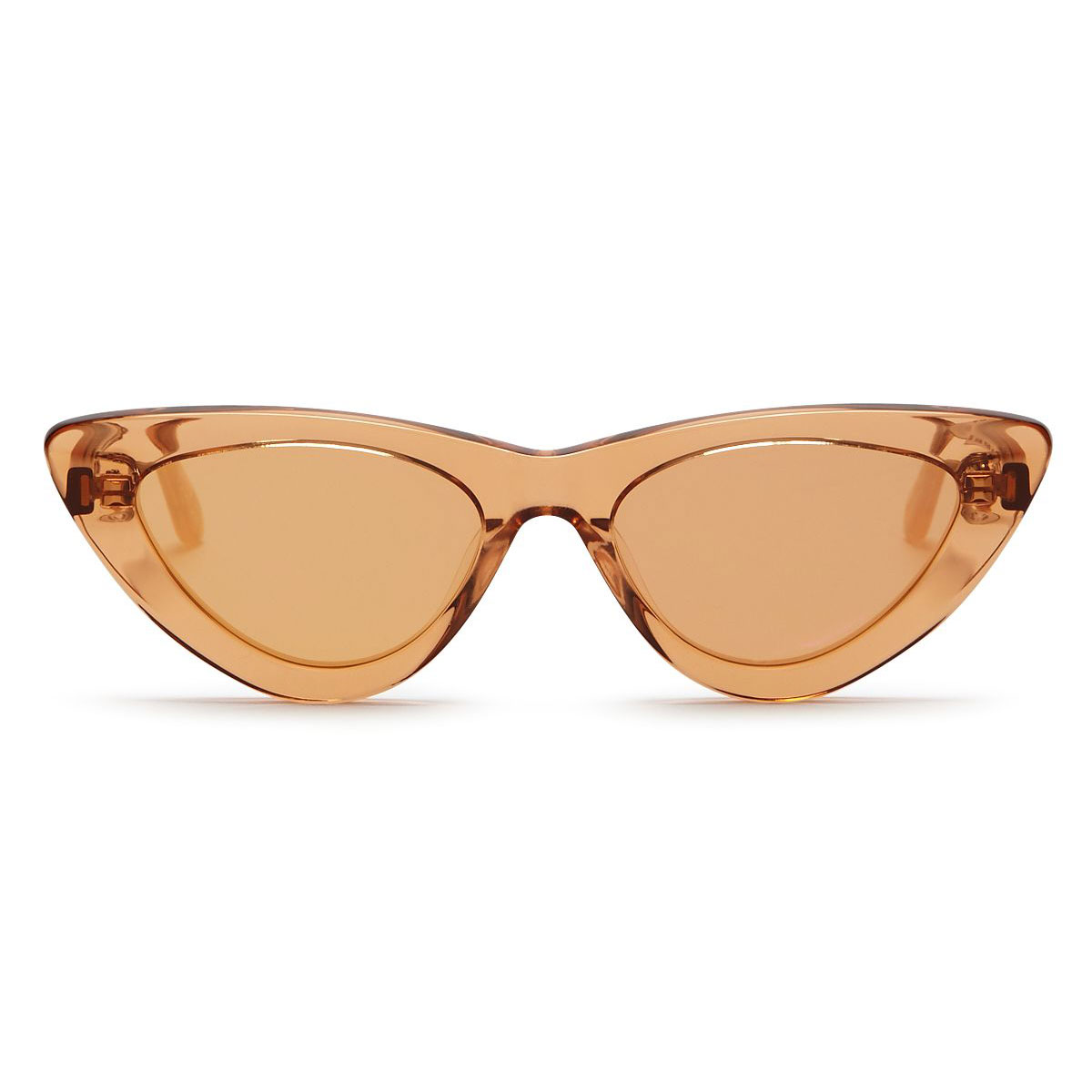 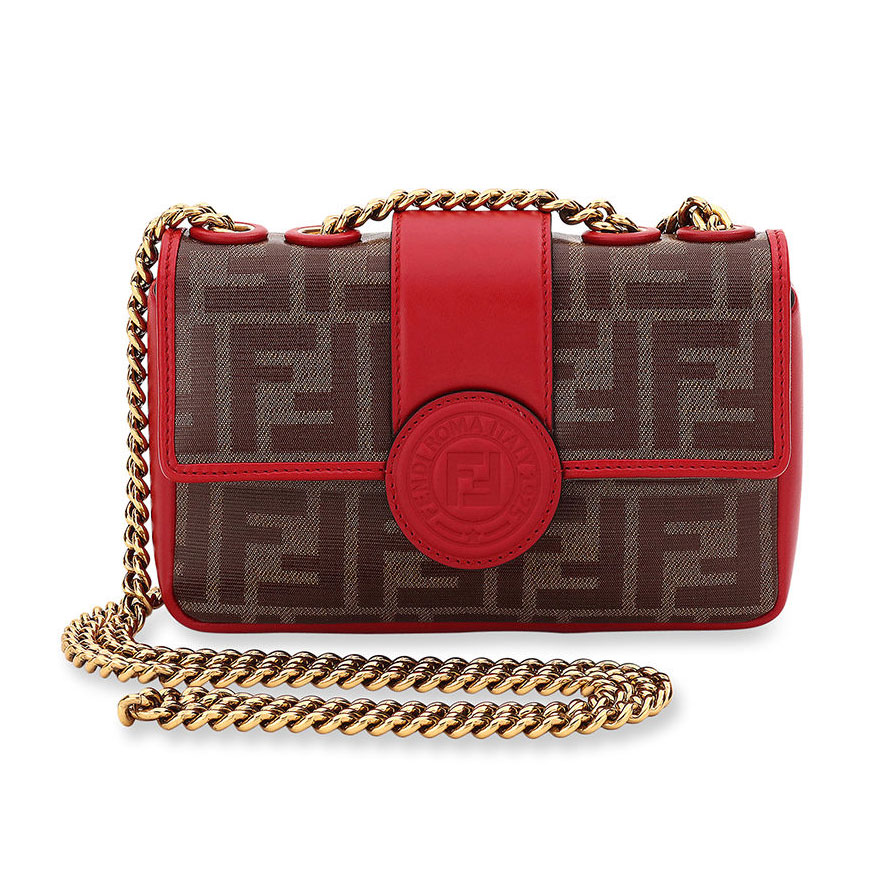 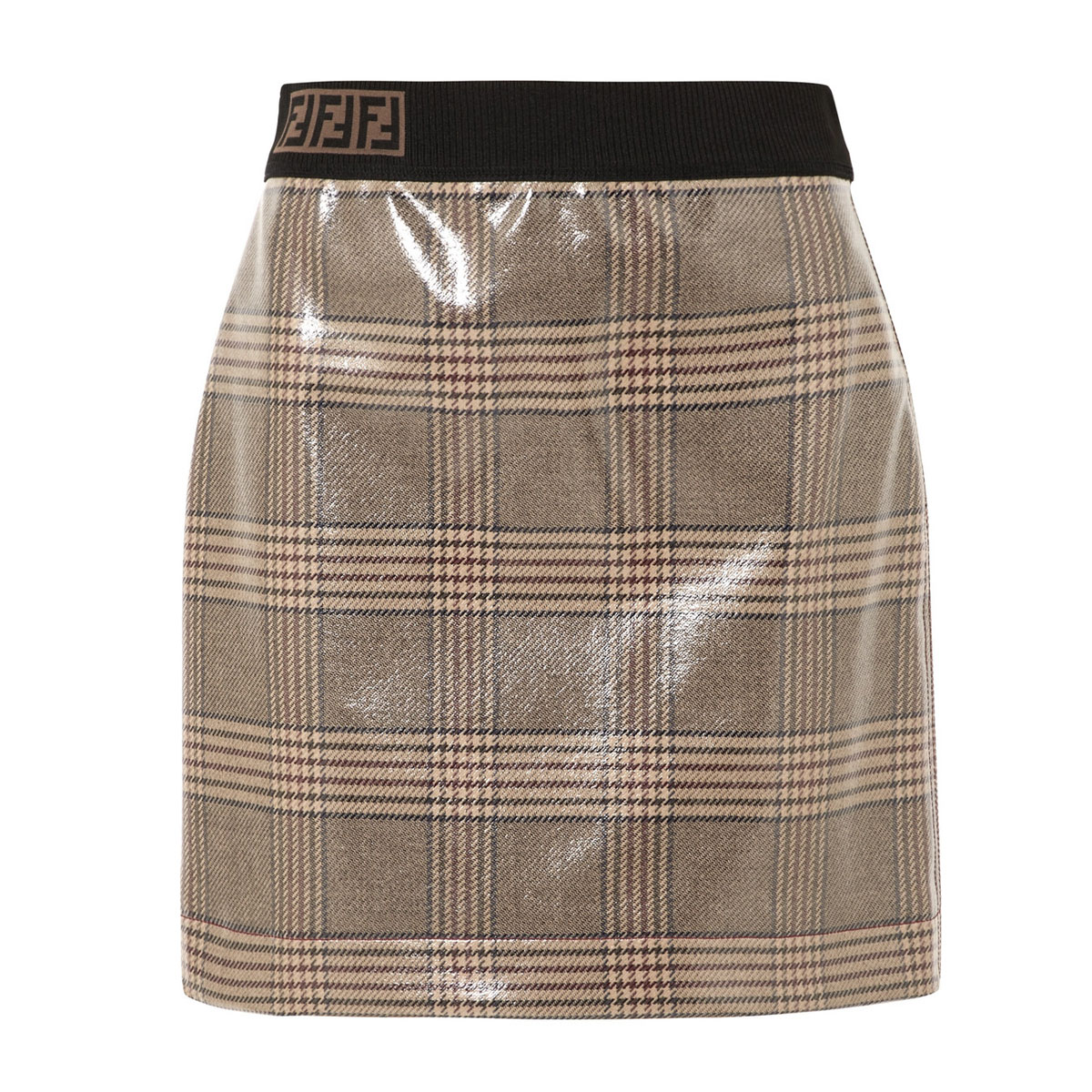 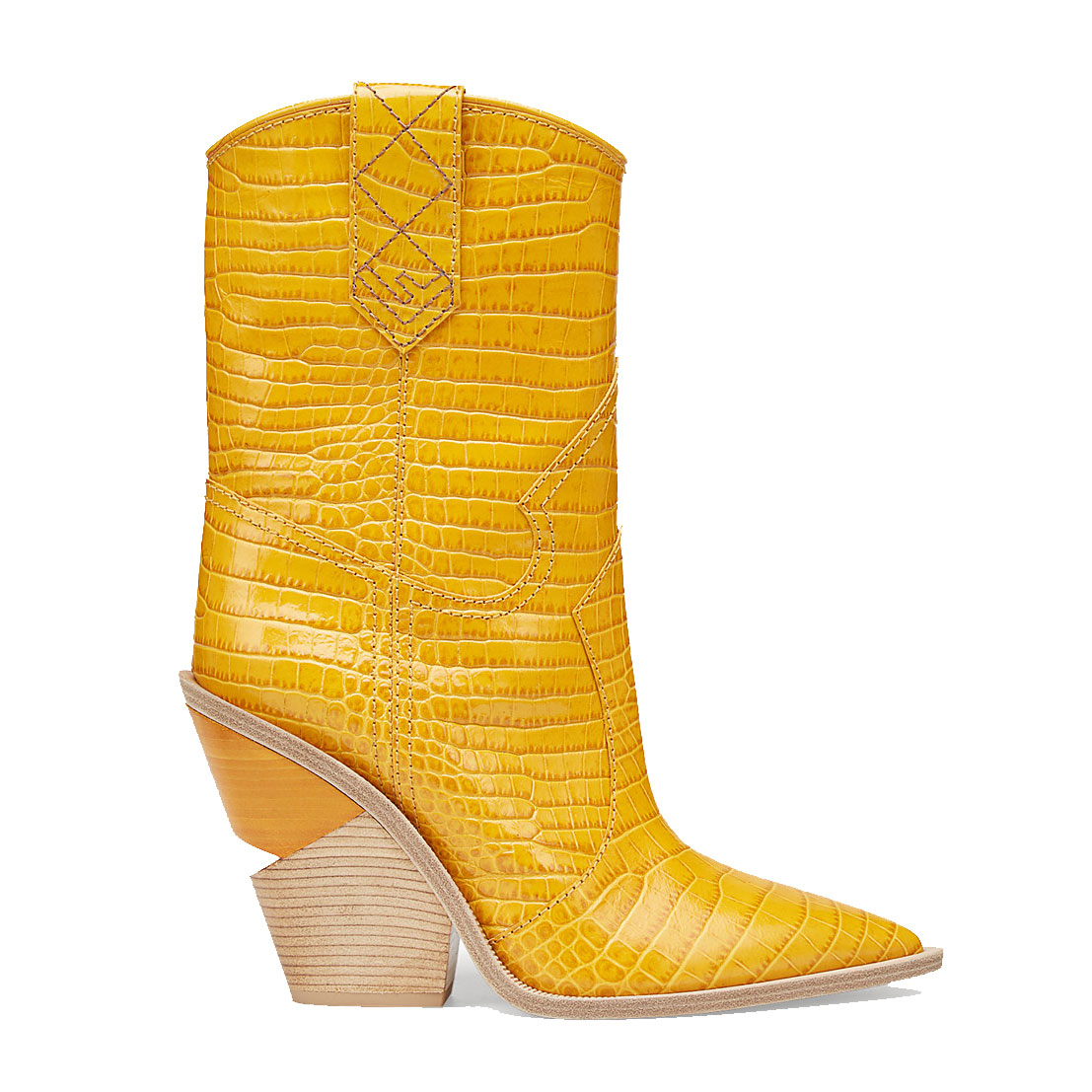 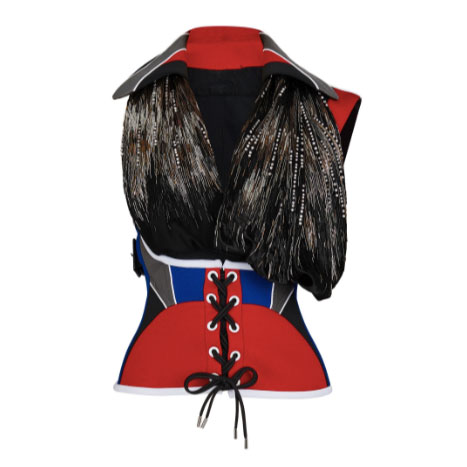 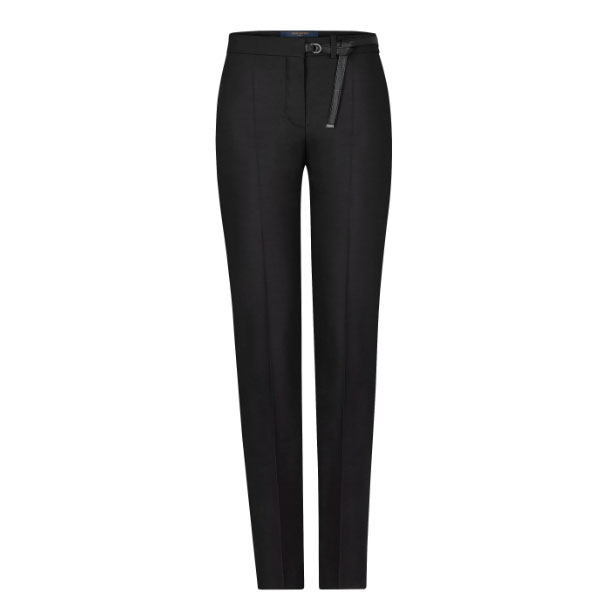 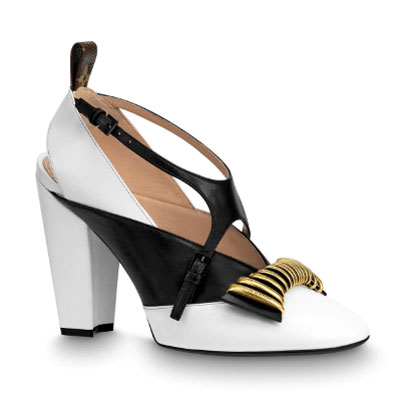 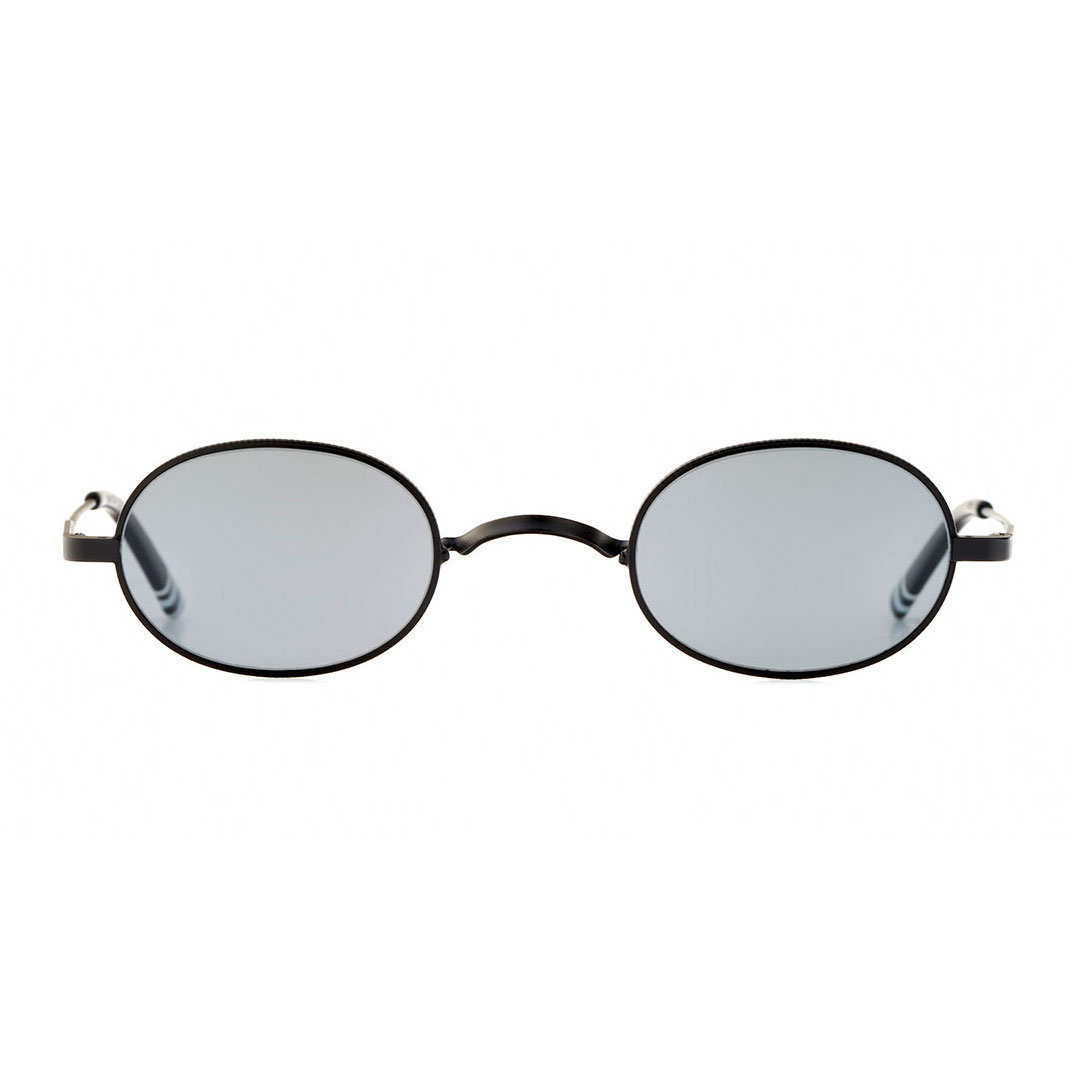