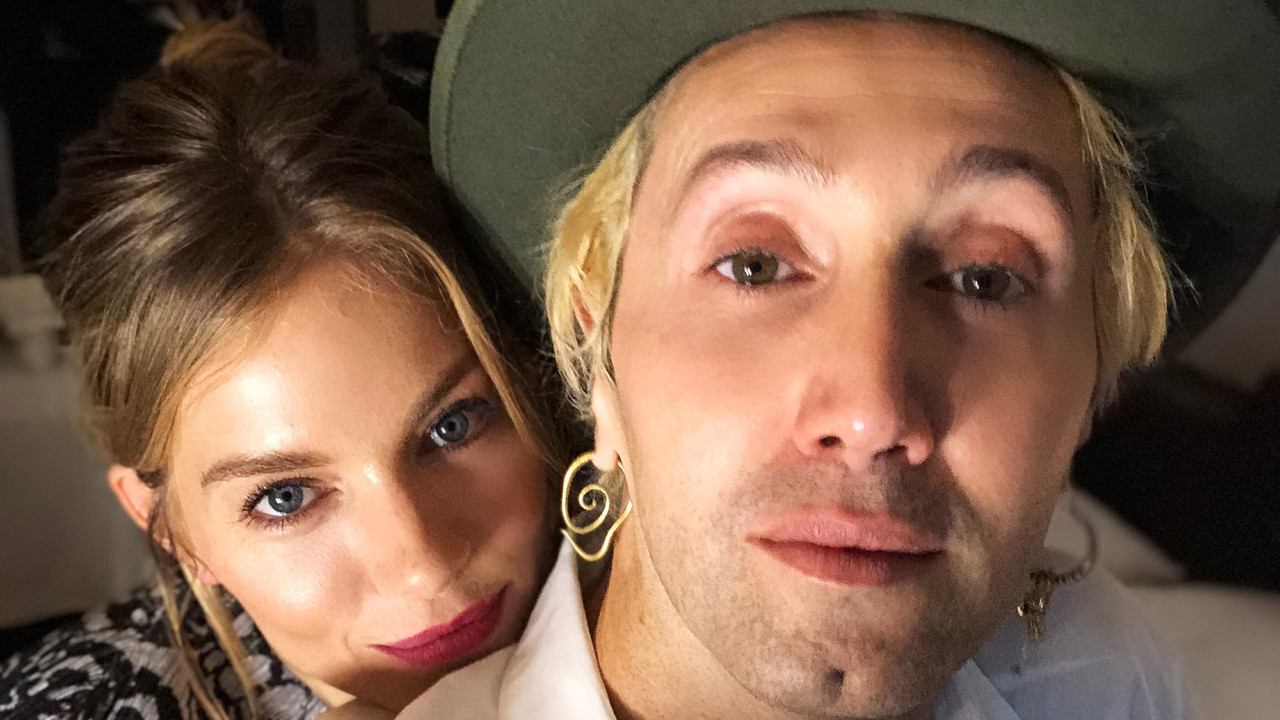 Following along as he went from Sienna Miller to Emmy Rossum and Margaret Qualley’s hotel suites and launch parties in between.

You can whine about your busy schedule all you want, but until you see the photographic evidence of a whirlwind weekend of a celebrity hairstylist during one of the biggest international film festivals in the world, TIFF, you might reconsider your carping. Especially when it’s Adir Abergel, who primed his five (yes, FIVE) clients for their big film premieres and who makes the job look like a dream job—because, well, it is.

Day one, Abergel ping-ponged between hotels to glam up Margaret Qualley for a full day of press for Donnybrook, and Emmy Rossum, who walked the red carpet for Homecoming, her husband’s latest directorial project. Then, back to Margaret for her premiere. The rest of the weekend had the same cadence, featuring Sienna Miller, Sofia Boutella, and Kaitlyn Dever, plus, you know, with a gig as host for Virtue Labs (Abergel serves as creative director) at Toronto’s LAC + CO salon, a podcast taping, and an interview thrown in for good measure. Once the hairspray fog cleared, Abergel Airdropped us his camera roll so we could see how it all went down.

"FRIDAY: I started my day at 8AM getting Margaret ready for her press day."

"Around 2PM, after doing photo shoots and running around the city nonstop, I got in a taxi and went to a different hotel to go see my old friend Emmy Rossum."

"We were thinking of doing Emmy's hair down, but after showing her inspiration, we started to go for something a little more architectural."

"After I finished Emmy, I got back in a taxi and went to Margaret again. Toronto has CRAZY traffic. I was running 20 minutes late!"

"For my last look for Margaret, we did something simple and classic."

"SATURDAY: I started with Sofia Boutella at her hotel at 6AM."

"We did hair for her press day for Front Runner. We ran all around the city doing press and photo shoots."

"I left Sofia around 2:30 PM to go do Kaitlyn Dever for her premiere of The Front Runner. We did my signature style of undone waves. Her outfit was structured and sleek, so we wanted to create a contrast with undone hair. After I sent Kaitlyn out the door, I ran back to my hotel for an hour nap! Then I was off to see Sofia again to get her ready for the InStyle party. My assistant, Jake, went back to Kaitlyn’s hotel at the same time to touch her up for the InStyle party."

"SUNDAY: I started my day at 10AM taping a podcast followed by an interview with Hello Magazine Canada."

"I am so proud to be creative director of Virtue Labs and have the incredible opportunity to work with groundbreaking technology that is changing the hair industry. Virtue changes the health of your hair. It’s the first-ever hair company to use human keratin to repair and restore hair to optimal health."

"While in Toronto, we celebrated the Canadian launch of the brand. Today was devoted to Virtue Labs."

"At 2PM, I taught a master class at LAC + CO Salon for Canadian hairstylists. From 5-7PM, I shot a documentary for (TSC) The Shopping Channel, and did some before-and-after photos using Virtue Labs product."

"Then I hosted a cocktail party at LAC + CO for the launch of Virtue Labs in Canada. It was a beautiful night. I got to meet a lot of incredible people from Toronto. It was amazing to introduce everyone to Virtue. And my good friends Ahn Co Tran and Buddy Porter came to support too. I came back to my hotel around 11PM and crashed."

"MONDAY: 7AM call time with my special girl, Sienna Miller, for American Woman press. We did an effortless sleek twist with texture. Sienna’s dress was high in sheen and texture, so I wanted to create a softness and an effortless style to coordinate the look."

"After I finished Sienna’s hair, I ran back back to my hotel for an interview and breakfast with Fashion Magazine. I packed my bags and dashed to the airport for a 2PM flight to NYC to shoot a campaign! See you soon, Toronto. Until next time, TIFF."