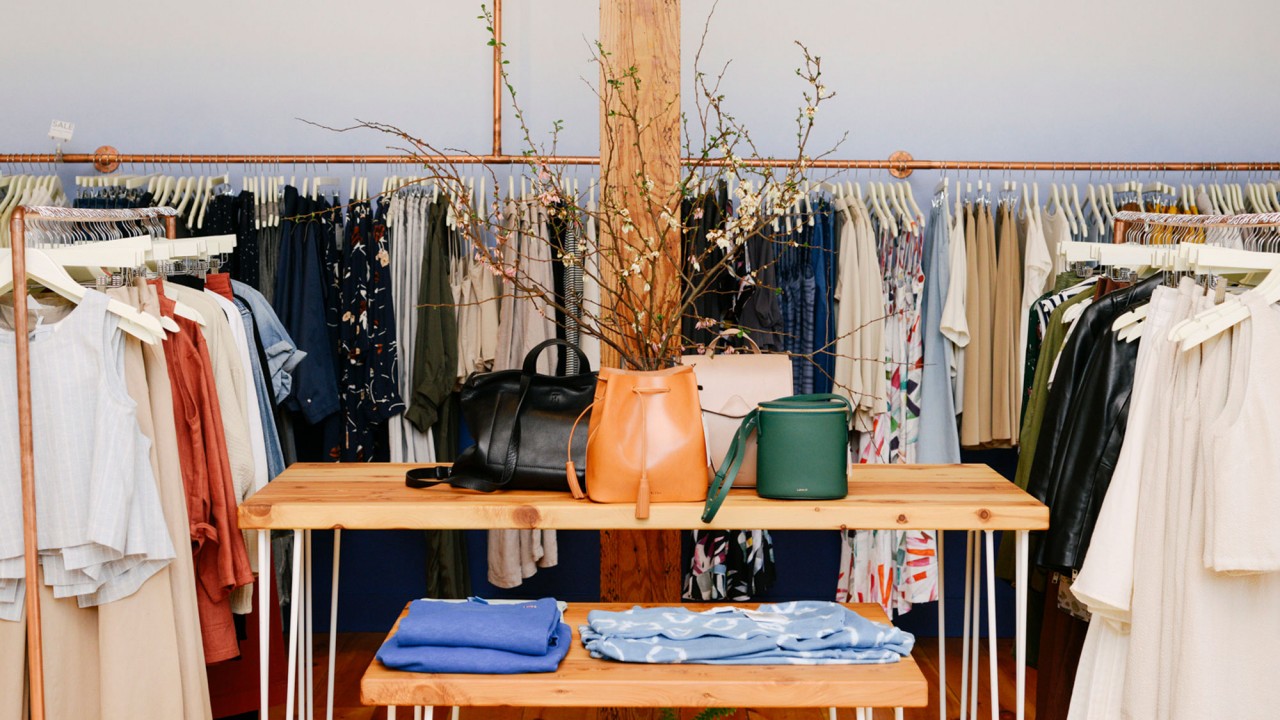 Where to Find Whiskey, Paris, and Style in Portland

A stylish boutique owner let us in on all the city’s chicest secrets.

Whitney Goodman, owner of WM Goods and a Portland native, will happily make the case for moving back home. After a few years in New York, Boston, and L.A., she found herself missing the place she thought she’d never go back to. Now she owns a boutique just blocks away from her dad’s whiskey bar, and she wouldn’t have it any other way.

Portland, she says, is the perfect mix of everything she’s loved from all the cities she’s lived in. It’s collaborative and creative like New York, relaxed and laid-back like L.A., and the weather resembles that of Boston (she argues the rain shouldn’t deter anyone from considering a move, or at the very least a weekend trip). The city is incredibly walkable, easy to explore in a short time frame, and not *that much* like Portlandia—there are plenty of coffee shops and hipster havens, but there’s no shortage of stylish things to do as well. Goodman took us along for a day in the city she can’t seem to leave and told us where the best spot to break your vegetarianism is, what she thinks everyone should buy from her store, and how to order an amazing off-the-menu cocktail. 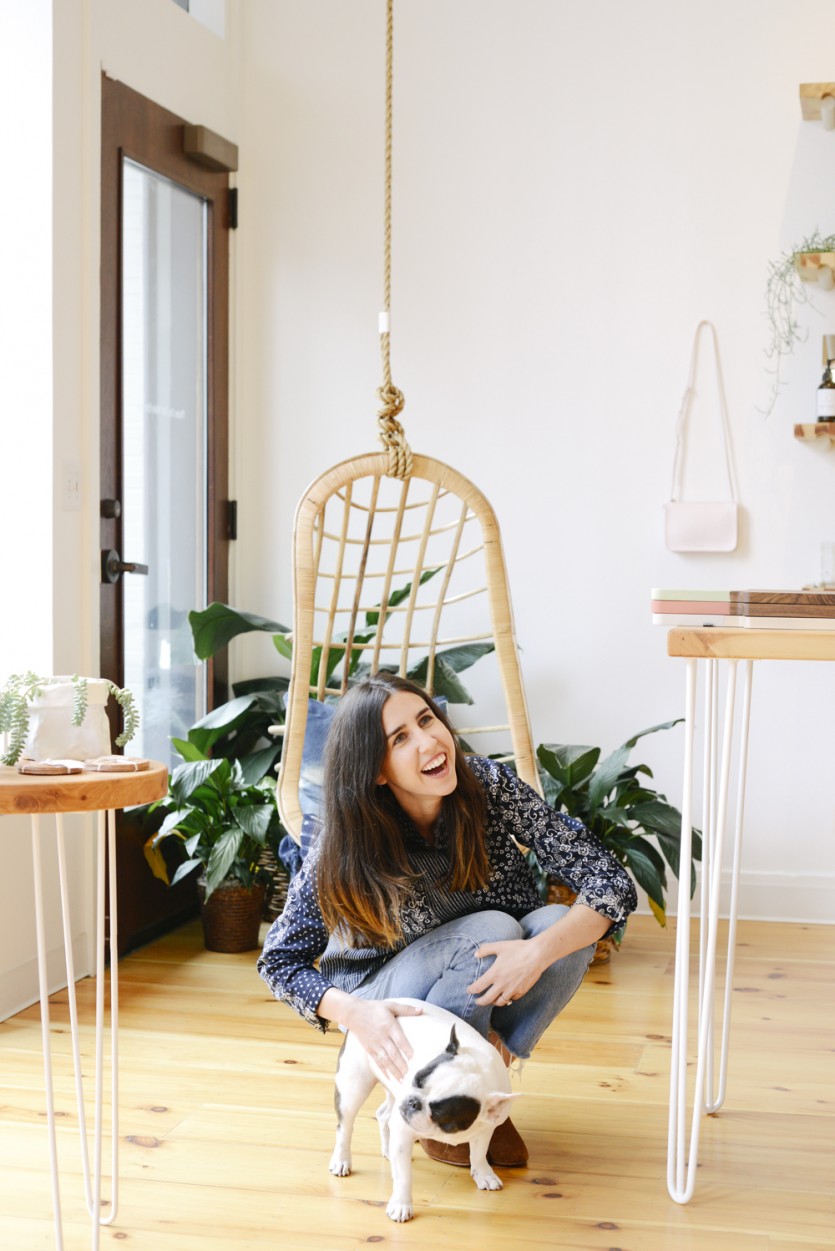 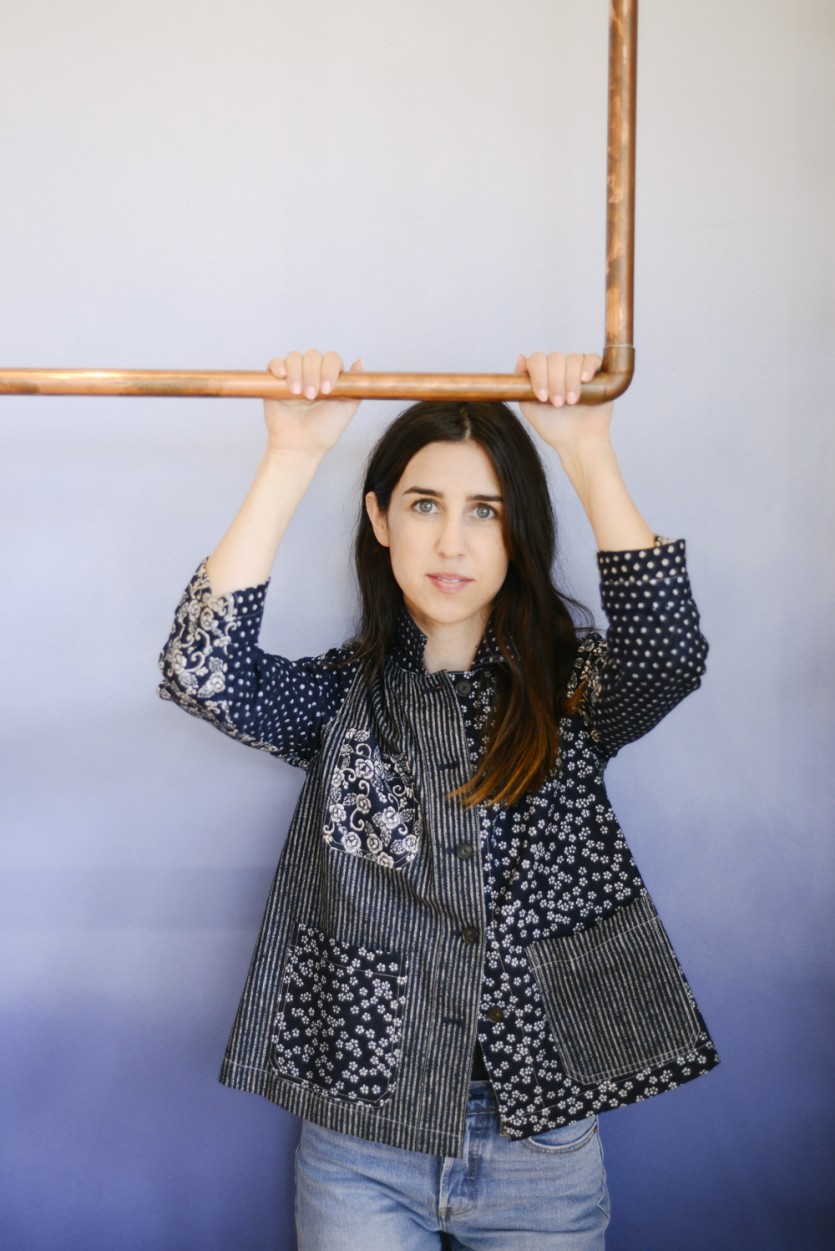 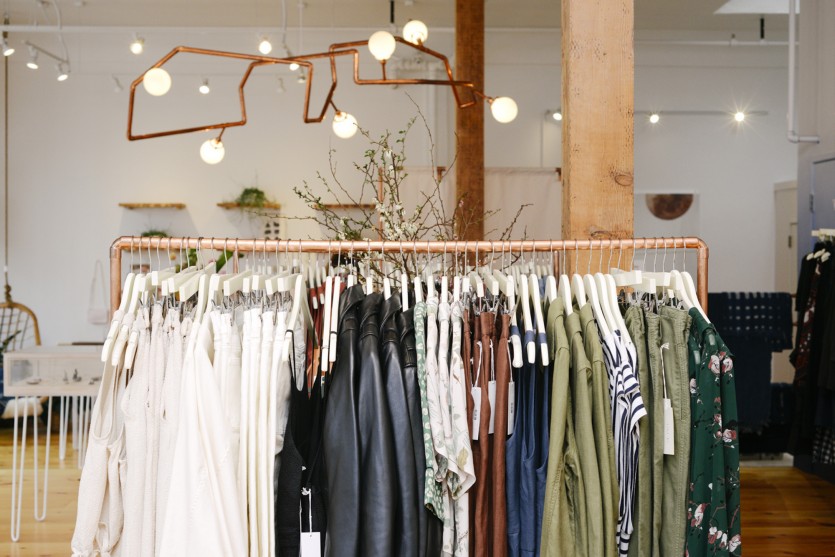 How Portland has changed and why you need to visit now:

“I grew up in Portland, so I’ve seen it change a lot over time. It’s definitely gotten a lot more cool and interesting. There are so many young, creative people moving to Portland. I think it’s because it’s still relatively affordable and it has a good reputation as being balanced lifestyle-wise. It’s not a New York kind of vibe where you work until 8:00 PM and then go out to a bar and go to bed. People really value their free time, so I feel like the quality of life here is great even though the weather sucks a lot of the year [laughs].”

Why the energy of the city is unlike any other:

“I moved back here just under two years ago. I was gone in New York and L.A. and Boston for eight years, and in that span of time I feel like it’s just gotten so awesome with how many restaurants, little boutiques, new creative agencies [that have opened]. There’s just so much creative energy here, which I think is really inspiring. It’s a pretty collaborative environment, which I think stems from it being still a pretty small city, it’s very easy to get connected to people. People are really open to collaboration and introducing you to their friend who does this and that. It’s just a good energy!” 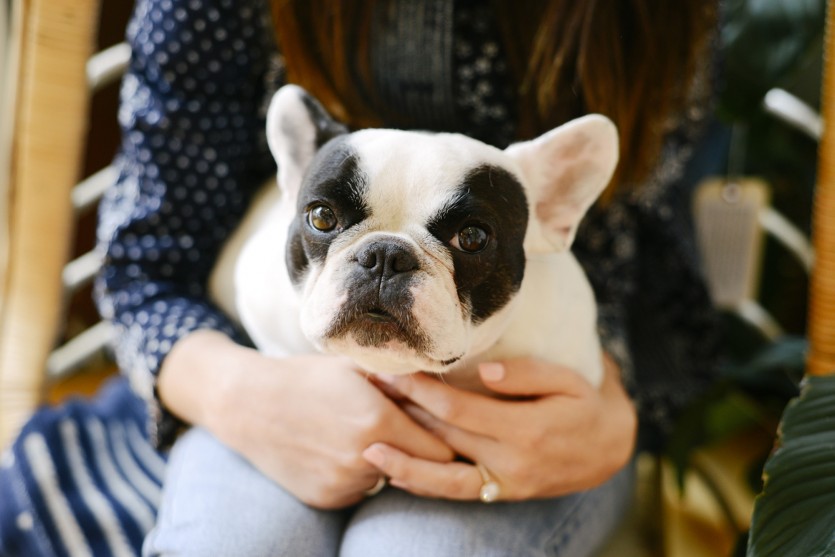 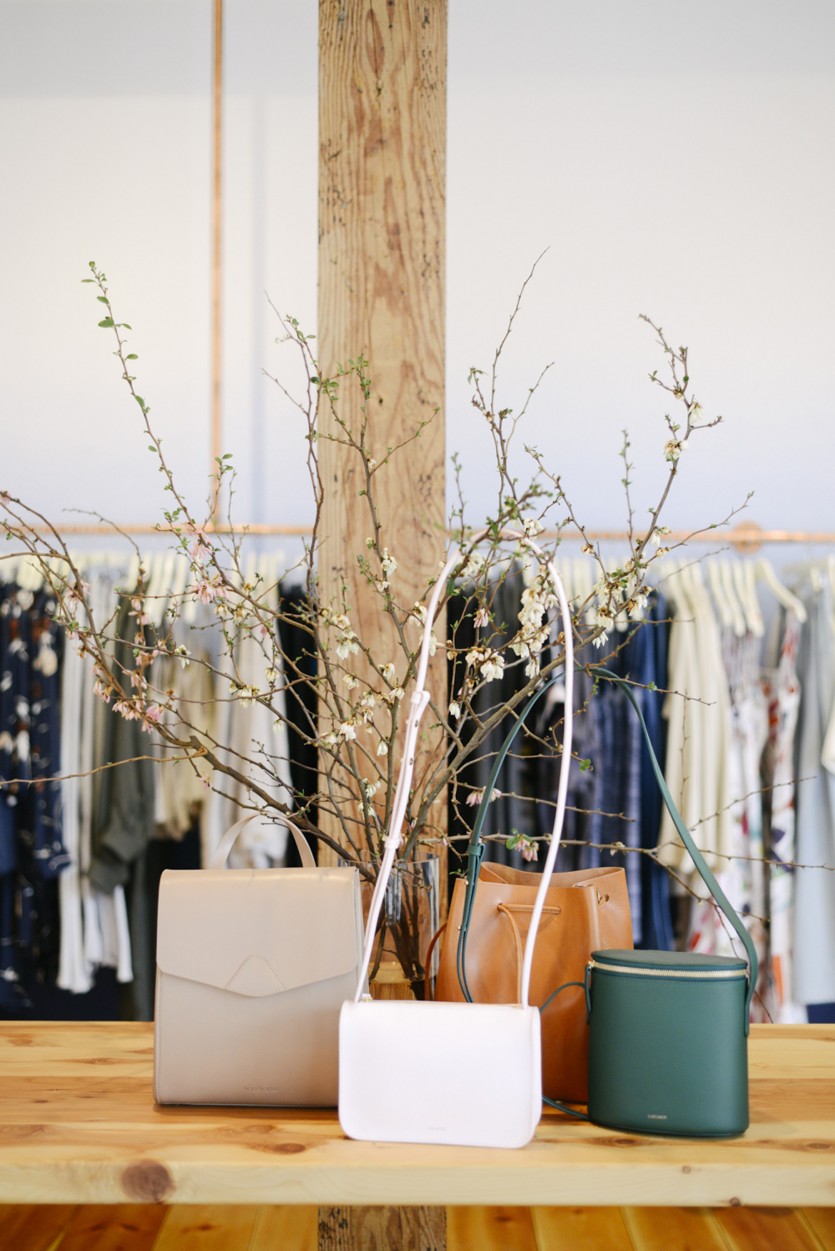 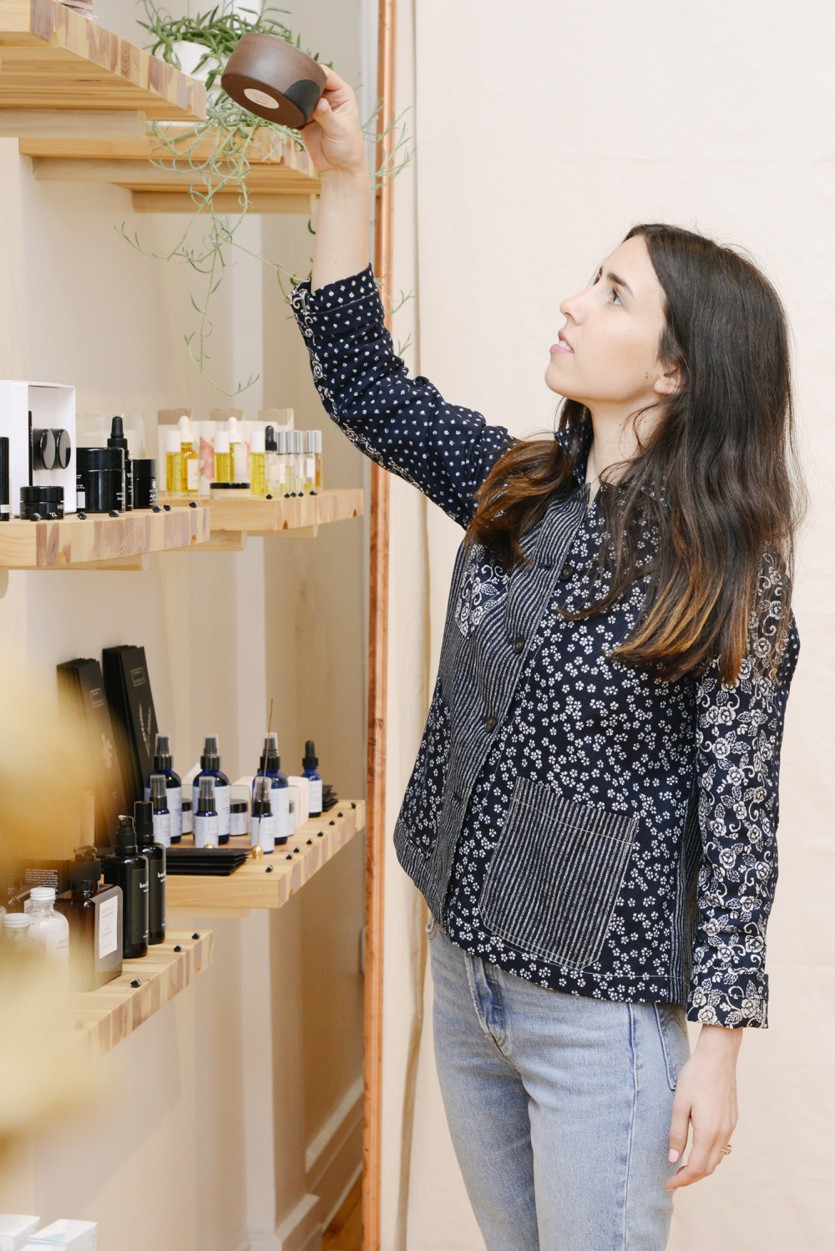 “It’s a small, very walkable city. You don’t have to have a car to live here. It’s pretty easy, I would say, to get a good feel for it on a weekend trip; you don’t need to spend two weeks here to see everything. You can do a lot in a shorter period of time, and so I think when people come visit Portland they’re like, ‘Oh, I get it.’ Whereas there are certain cities I’ve been to where I’m like, ‘I feel like I saw 10 percent of that city and it was really cool, but I have no idea what the other 90 percent is like.’”

Why WM goods is your one-stop shop for laid-back chic:

“On a personal level, I’m super inspired by more of a California aesthetic than the New York all-black kind of a thing, which I think is very cool, I’m just not cool enough to pull it off [laughs]. I really like soft, easy, well-made, really relaxed pieces, and that sort of bright, welcoming, warm vibe that I think is more prevalent in— I would say specifically L.A. retail and a lot of California makers. I’m just really inspired by that whole scene right now. There wasn’t a great place to shop that kind of style in Portland that I was aware of. My idea was to bring very easy-to-wear, relaxed pieces to stuff that was super well made that would last in your closet for a long time. I try and focus on a lot of independent makers. I used to work for Mara Hoffman, and she’s one of my favorite people in the world, and I think what she’s doing with her brand is beautiful and she’s telling a great story. Also I want to find stuff that’s not already oversaturated in Portland. Like I didn’t want to open a store and pull all the same lines that everyone has.” 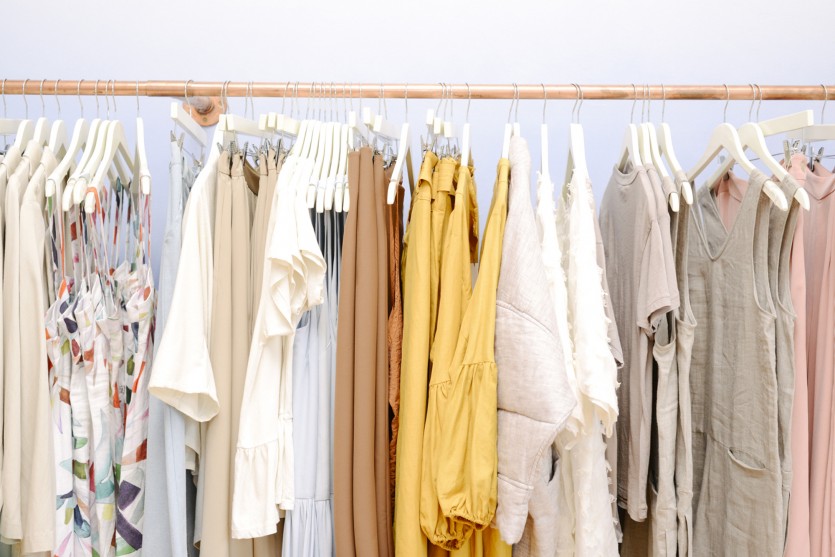 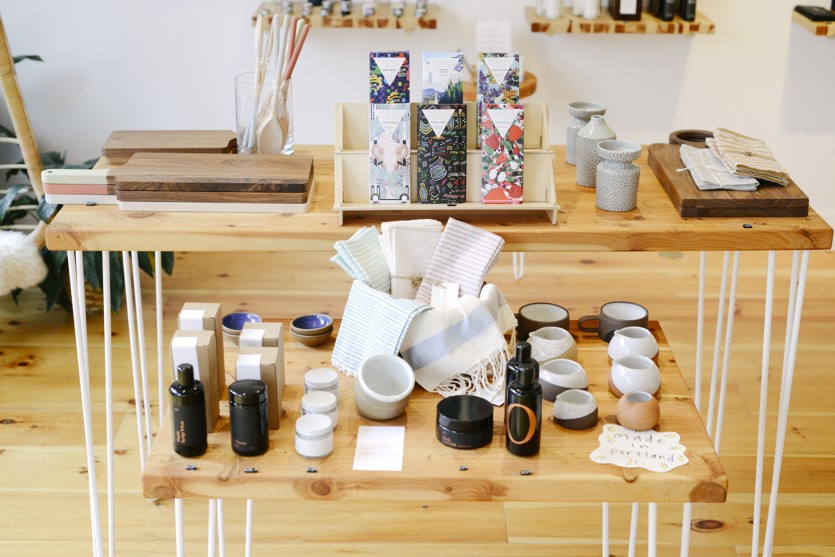 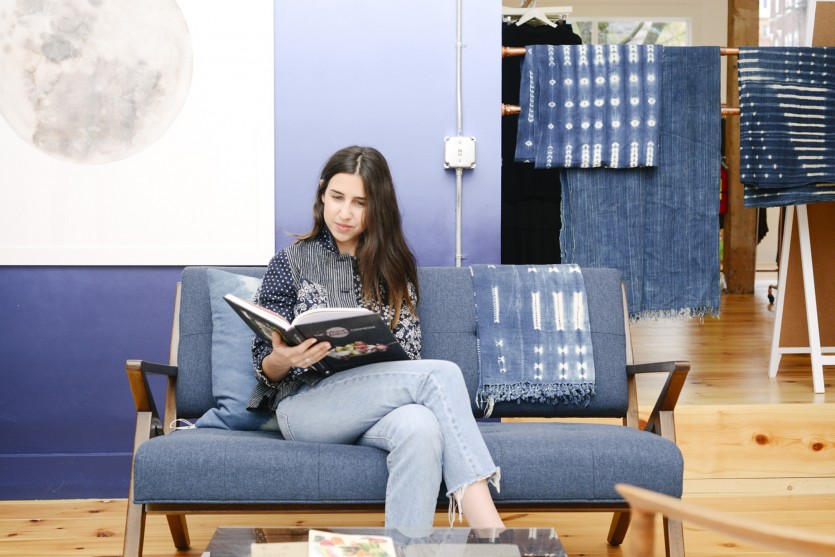 But the best insider tip for shopping there has nothing to do with clothing:

“I would say my insider tip is for literally any person on the planet that wears deodorant. We sell Fat and the Moon deodorant, and it’s like a life-changer. People are obsessed with it, and they come in and they buy it time and time again, and they’re like, ‘My brother had this and told me to buy it!’ You get absolutely hooked on it. It’s really the best deodorant, and it’s totally natural. It’s like the biggest insider secret.”

Where to get a little bit of Paris in Portland:

“Maurice is one of the most special little places. I just love it to death. Anytime someone is like, ‘Do you want to have lunch?’ I’m like, ‘Yes, let’s go to Maurice.’ Because it feels like you’re going on vacation in France just by walking into the restaurant. It’s so chic and beautiful and clean and French. I don’t know how to describe it any other way than that. It’s the only place where I sit and I’m like, ‘I want to spend four hours here. I don’t want to go back to work.’” 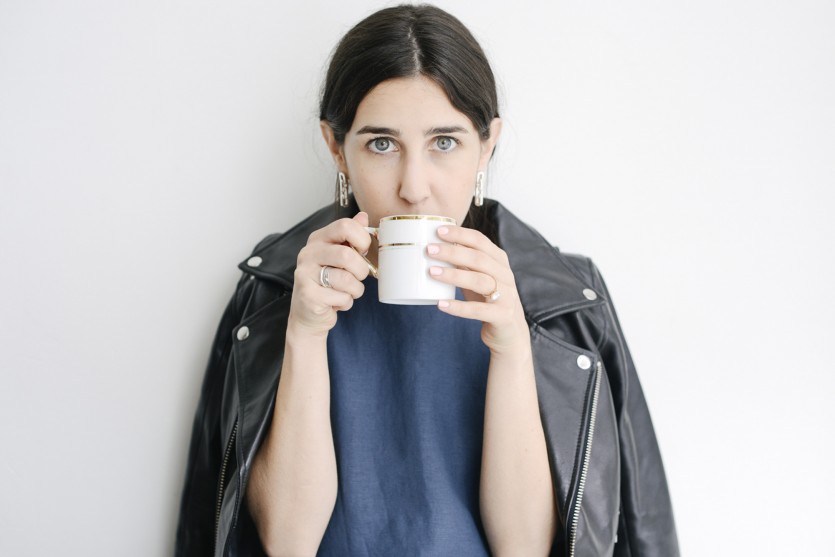 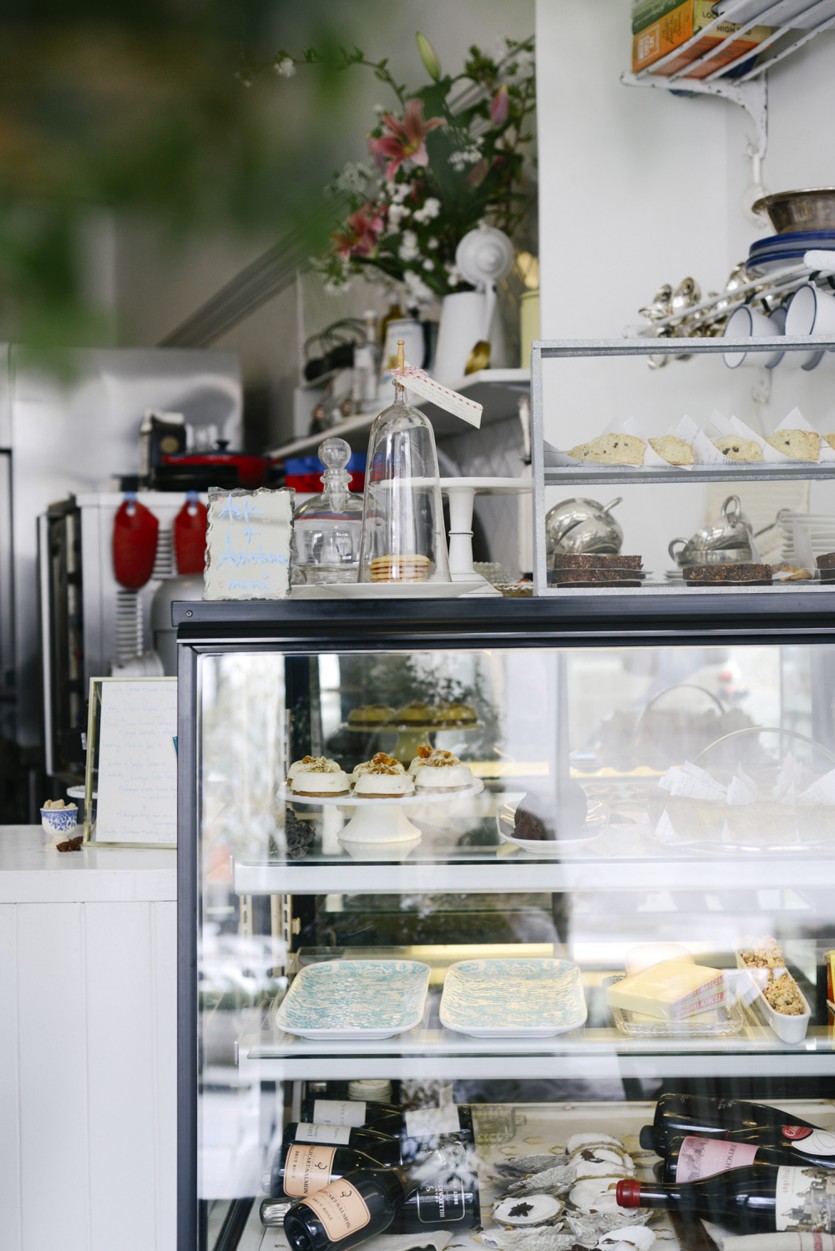 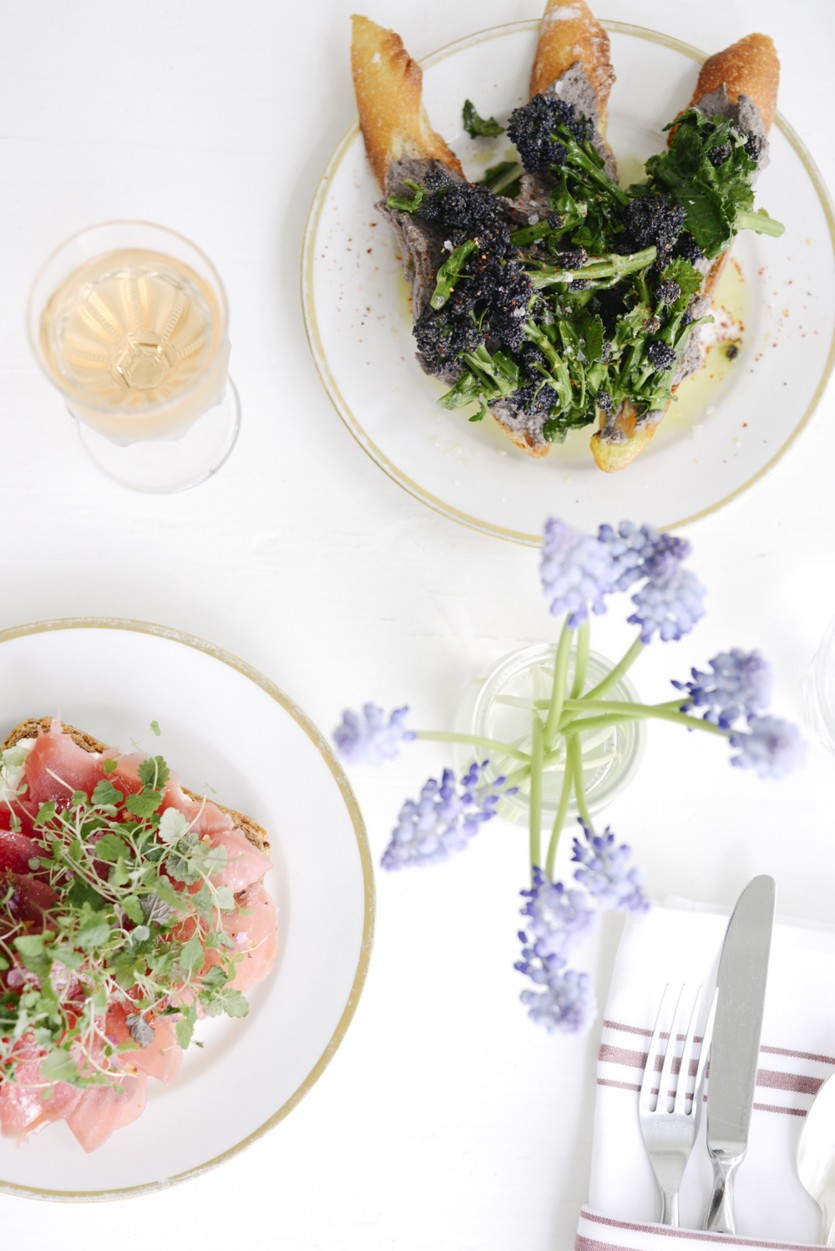 The must-orders on the menu:

“The radishes with butter are like heaven. It’s so simple and so good. Also there is this garlic broccolini with black bean hummus that was out of this world. And they just come up with new stuff all the time. There’s always something new on the menu, and it’s really sweet, they handwrite the menu in this beautiful cursive that you can mostly read, but then there’s certain words where you’re like, ‘I don’t know what that is, but I’m just going to go for it.’ But it’s always amazing. And the owner is really sweet too.”

When you need a little whiskey, there is a whole library waiting for you:

“The Whiskey Library opened a couple years ago, and it’s one of the most gorgeous bars I’ve ever seen. It’s insane. I think they have like, 1,600 bottles along the library shelves. First of all I am not a good drinker, as in I can’t drink a lot, and second of all I don’t know anything about alcohol, so I’m not the person who’s going in and being like, ‘Can I get this?’ They do courses every week where the bartenders have to get educated on everything, so they really know their stuff. It’s incredible how much they know.” 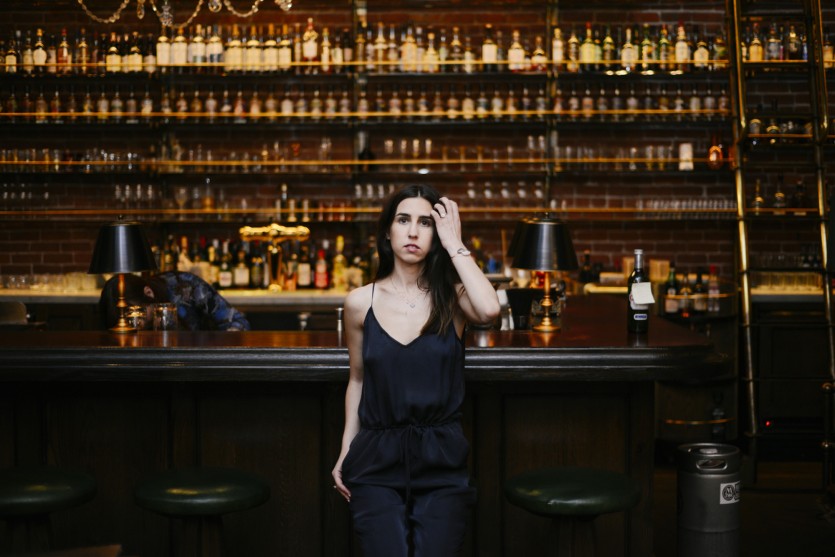 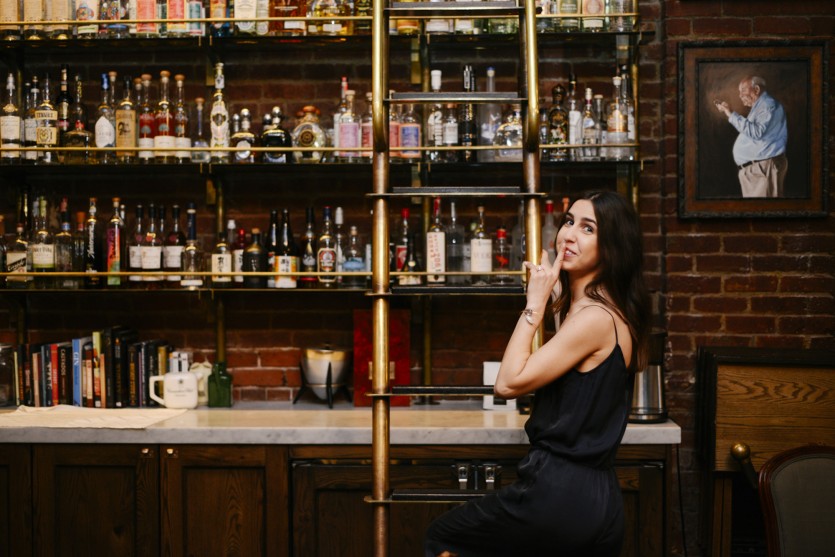 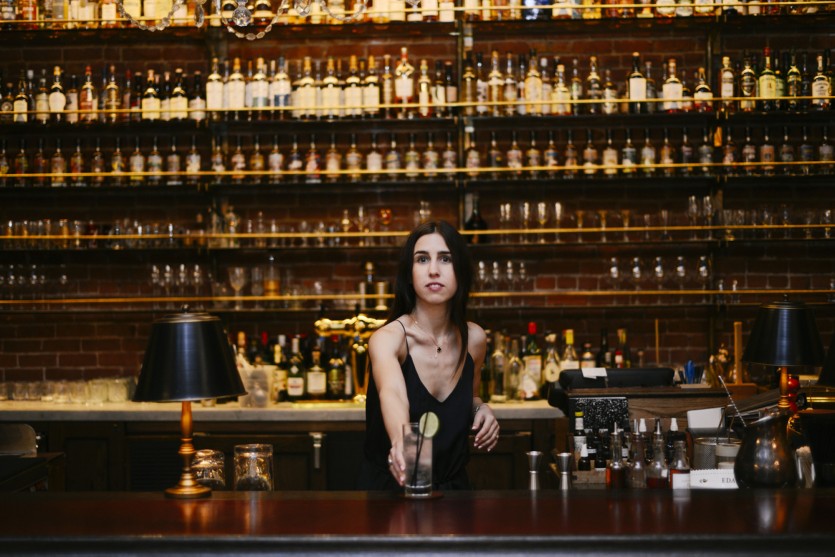 The best drink to order there is one that technically doesn’t exist (yet):

“You can sit down and be like, ‘I want a tequila drink that’s a little fruity, but I don’t like this, and I kind of want that,’ and they’re like, ‘This is the exact cocktail that I’ll make for you.’ And they have these carts that they load up everything on, bring to your table, and make in front of you, and so if you want to listen to them, they’ll talk you through what they’re putting into your drink, how they’re doing it. It’s above and beyond any other bar experience. It’s not like walking into a dive bar where you get a shitty whiskey and Coke. It’s craftsmanship, which I appreciate.”

And if you’re a vegetarian, this may be the place to deviate:

“The food is also really amazing. They have a killer kale salad. And they also do popcorn with different flavors on it that’s crazy-good. I’m not a meat eater, but my family and my fiancé are, and the burger is crazy. I’ve broken my vegetarianism for a bit of that burger. It’s that good.” 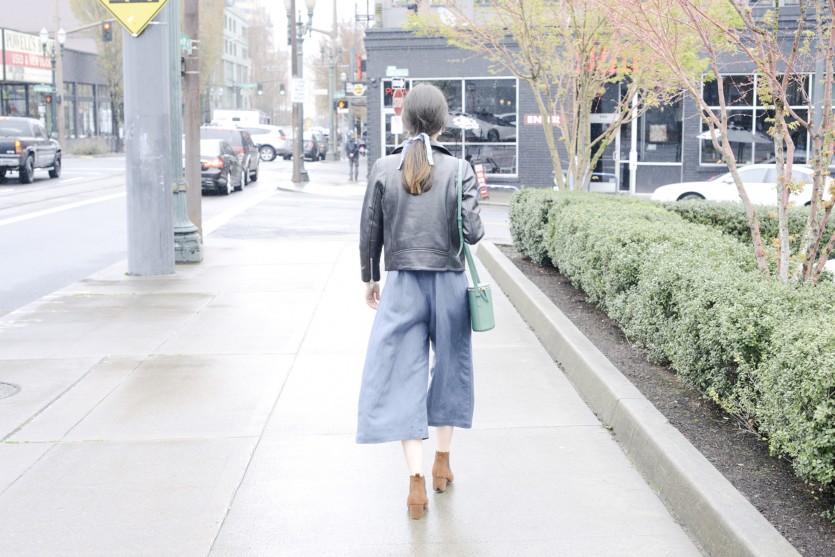 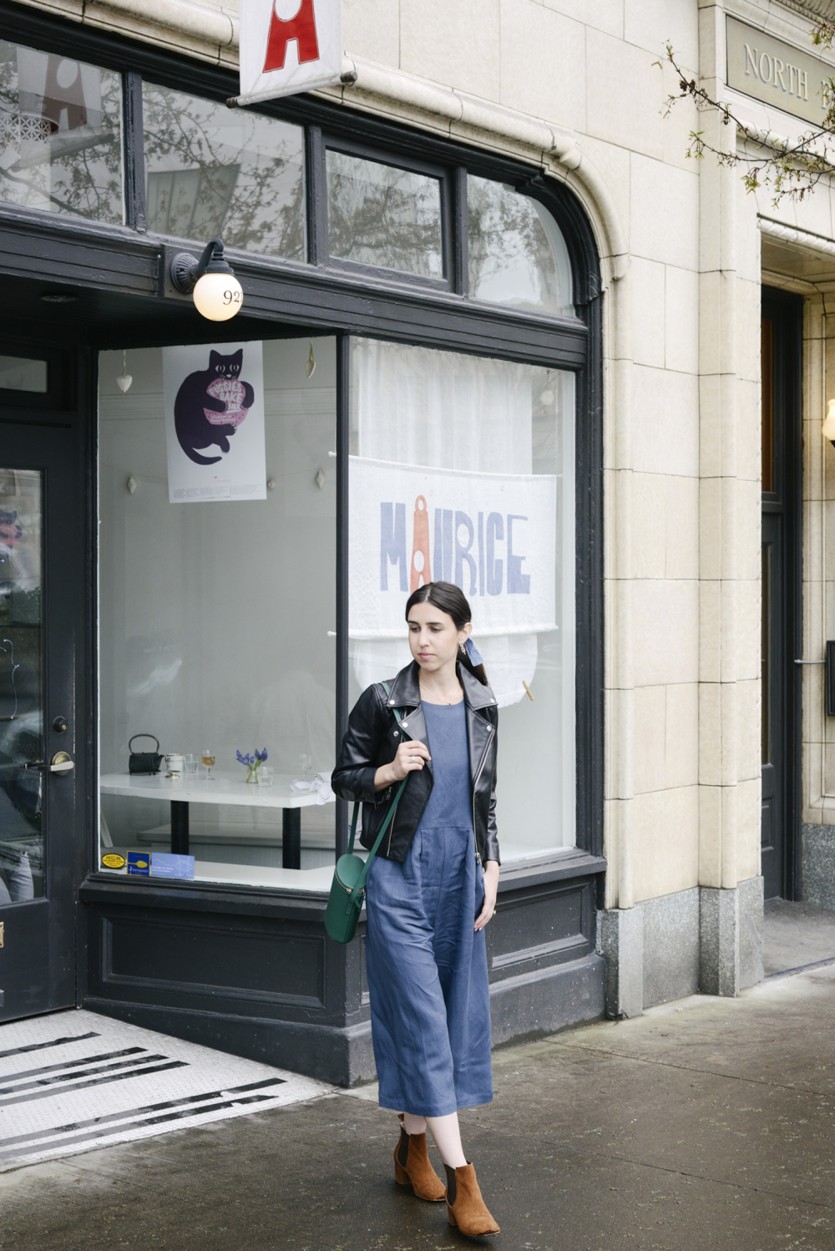 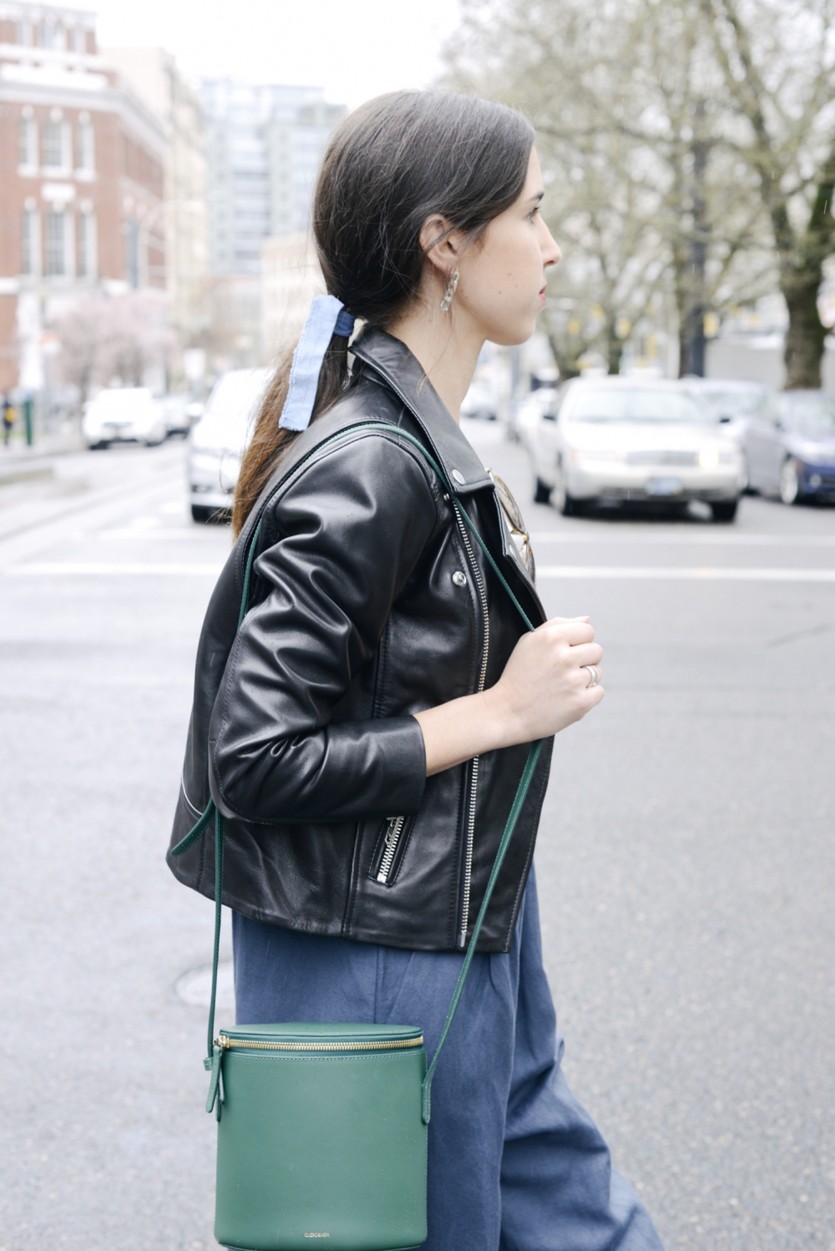 And, of course, to do a little shopping while you’re in town:

“The West End is probably my favorite for boutique shopping. There’s a bunch of really good shops right in the neighborhood, and there’s also some of the best restaurants, so it’s definitely a place to spend an afternoon. I would suggest doing Tasty n Alder—it’s another restaurant that’s right there that’s so good. There’s Heart Coffee and there’s Stumptown Coffee in the Ace Hotel. It’s a very cool neighborhood and right next to Powell’s bookstore, which is the huge bookstore that everyone should go to because it’s incredible. I would say spend an afternoon there, put your name in at places that you want to eat at, and go walk around the shops and Powell’s. You can kill a couple hours in that neighborhood very easily.”