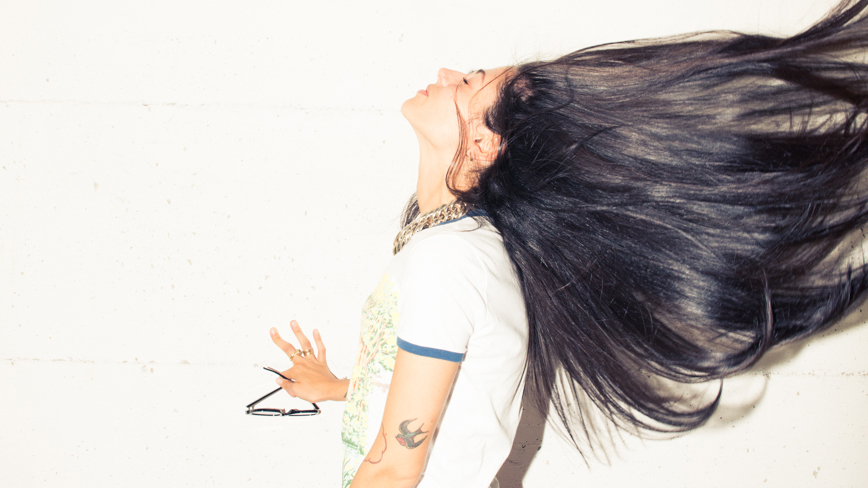 What It’s Like to Start Losing Your Hair at 23

After the initial shock, I was left with questions: What is it? Where did it come from? And why?

It was a routine Target visit, the kind where you go in thinking “just toilet paper and mascara” and next thing you know you’re in the dressing room with a stack of twenty items. I was working my way through a pile of prospects when I first noticed a perfectly round and smooth hairless patch—probably just larger than a half dollar—at the crown of my head.

I’ve always loved my thick brown hair, so at first I thought that my eyes were fooling me. I called out to my friend to investigate closer, and she confirmed I was not hallucinating—I had, in fact, developed quite the bald spot.

In the moments after, I experienced a wave of emotions. I felt horrified, betrayed by my body, embarrassed to have not realized what was happening on my own head, and a superficial shame that I no longer had what I always thought was beautiful hair.

After the initial shock passed, I was left with questions: What is it? Where did it come from? And why? I called hairdresser friends. I consulted the Internet. I tried my best not to stress about my baldie (my nickname for the patch), which was easier said than done. For the month of searching for answers, I stopped wearing my hair down and adopted hairstyles to camouflage it—lots of half-ponytails and ballerina buns.

Despite covering it up, I felt the need to tell everyone I knew about my baldie. I think this was a tactic to protect myself—if I laughed at my spot, it wouldn’t leave room for others to poke fun. This all stemmed from a place of deep self-consciousness, not acceptance of my new aesthetic. I jokingly mentioned it one day to a friend who works in the medical field, and a few days later he asked if I had ever heard of alopecia, which until that point I had not.

I learned that alopecia is “an autoimmune disease in which the immune system mistakenly attacks the hair follicles, the structures from which hair grow, causing hair loss on the scalp and elsewhere,” according to the National Institute of Arthritis and Musculoskeletal and Skin Diseases. “In most cases, hair falls out in small, round patches about the size of a quarter. Although uncommon, the disease can progress to cause total loss of hair on the scalp, face, and/or body.” The disease affects nearly 2% of Americans of all ages, ethnic groups, and genders. Scientists suspect a combination of genes may predispose someone to the disease and some type of trigger brings on an attack against the hair follicles.

For me, stress seems to be the primary trigger. I’ve recently had a second flare-up on my head, and realized both bald spots appeared during times when I was experiencing extreme stress and anxiety in my life—think cross-country move, graduate school, and job loss.

There is no cure for alopecia and there are currently no preventative treatments to guarantee that flare-ups won’t occur (yet!). However, there are a few options on the market used to treat symptoms, including topical creams and ointments. The most common form of treatment is a series of intralesional corticosteroid injections, so I opted for the latter.

Receiving injections on the crown of my head was bearable, but by no means comfortable. The doctor had to shift the needle around to ensure the corticosteroids covered the entire affected area. More than anything, the sound the injections made between my scalp and my skull bothered me, despite the doctor’s best effort to distract me with polite conversation.

I responded positively, and developed hair sprouts after two months and four sessions (per my doctor, I stopped at 6 sessions). Now, one year post-treatment, the bald patch has almost grown in enough hair to match the rest of my head. I haven’t treated my second spot yet, which is nickel-sized, on my left side about an inch from the center line of my head, and I’m not sure I’m going to do so. It’s in a significantly less conspicuous place, and I’m curious to see if my body will start re-growing hair on its own.

I will say that with my new baldie came a new attitude about it all. I no longer feel overwhelmingly concerned with the aesthetic aspect. Instead, I’ve come to view my alopecia as an indicator for when my life is out of balance. I’ve identified my bald spots as a physical manifestation of stress, and see them as my body’s way of telling me to step back and recalibrate. To take action, to control what I can, let go of what I can’t, and, especially during those trigger times, give myself a little extra self-love.