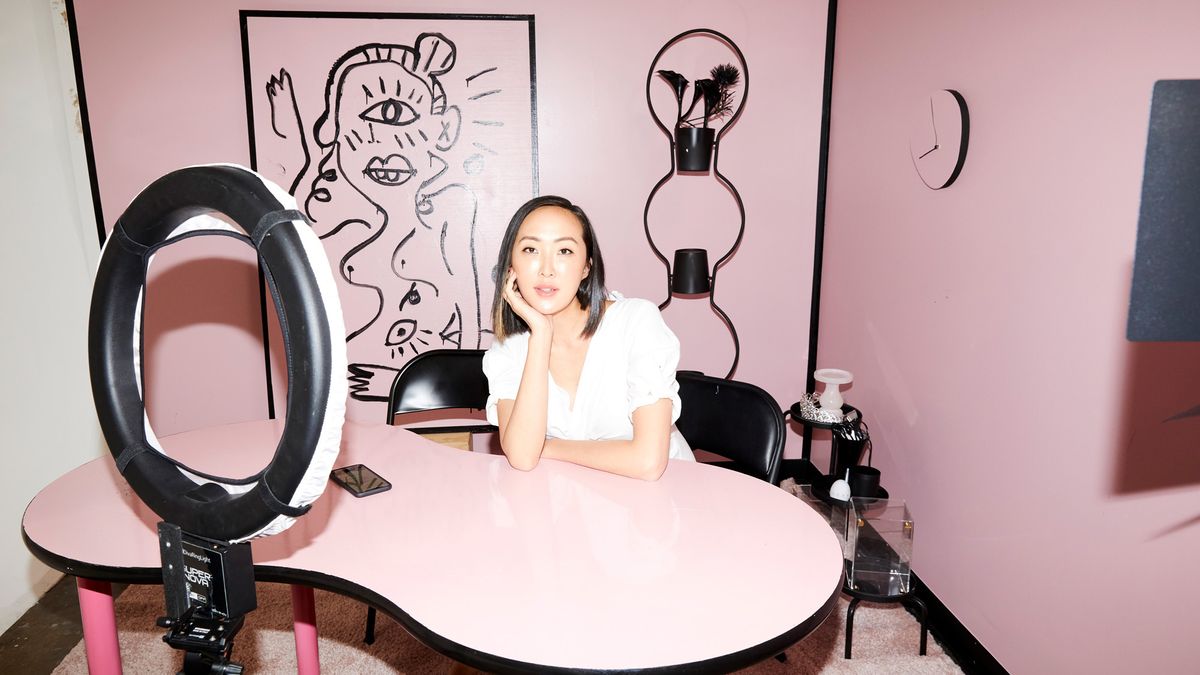 Why Ad Agencies Should Be Seriously Afraid of Chriselle Lim

The OG influencer crushes life with her new content studio.

Emily Siegel
Tristan Kallas
Ad agencies be warned: Chriselle Lim is coming for you. The 33-year-old (soon-to-be) mother of two is more than an influencer with 2.5 million followers across social media. She’s also the founder of CINC, a branded content studio that launched last October and already has clients such as Valentino, Chopard, and Facebook. It’s a path the fashion blogger could never have imagined back when she launched her YouTube channel in 2008.

“Everything started when I met [fellow influencer] Michelle Phan,” Lim tells me in the conference room of her stunning new office located in Los Angeles’s Chinatown neighborhood. “She was dating the best friend of my then-boyfriend, now husband, and the four of us would double-date.”

Lim asked Phan what she did for a living. Phan’s answer? Post videos to YouTube—something that, at the time, sounded incredibly strange. But the women continued to socialize, and Lim’s interest in social media continued to grow.

“You have to keep in mind that this was more than a decade ago,” Lim remembers. “There was no Instagram. We barely had Twitter. Facebook was only available to college students. Making money from YouTube sounded weird.”

But Lim’s interest was officially piqued. Then a fashion editor at a Los Angeles-based magazine called GENLUX, she began researching the ins and outs of YouTube. She found the video platform fascinating, despite the lack of content that actually appealed to her as a viewer.

“I was only 21, but even then I found most of the content really young—even juvenile,” Lim explains. “There wasn’t anything for career women in their 20s and 30s… And while there was already a ton of beauty content, there was almost no fashion content. I wanted to fill those voids.”

Ten years later, Lim continues to distinguish herself as an influencer who creates luxe but relatable content for the career-driven millennial—women who have jobs, are on-the-go with their kids, and still want to feel glam. If you ask who her target audience is, Lim says: “real” people who “can’t wear casual Reformation clothes every day.”

Over time, brands began to ask Lim’s team (she has 12 employees) to create branded content on their behalf. Essentially the same stuff as a sponsored post, but without the Chriselle-factor branding. Lim’s team, however, was (and still is) full-time, so advertisers have to engage her company if they want their creative spoils.

“We began working with a few of those brands that way,” Lim reveals. “Then more brands, and more brands. I began to realize that there might be an actual need for this—for a production company that can rival traditional agencies and create digital content that targets a younger audience. That’s when we launched CINC Studios.”

Lim prides herself on creating branded content that is more organic than traditional advertising campaigns, disrupting the business made famous by TV series like Mad Men.

“We aren’t the huge executives who make everything look glossy and overproduced,” Lim says. “We serve that Instagram aesthetic to advertisers, which is something no one else was doing before. And maybe most importantly, we don’t charge an arm and a leg.”

“Valentino hired us to shoot their holiday campaign,” Lim remembers. “We thought we were going to shoot the product with a model, but at the last minute they told us it would only be bags and scarves. No people. We had to get creative on how to bring the product to life, using invisible strings to make everything feel like it was in motion. It was a three-day shoot that became the most rewarding thing we’ve ever done.”

Why Herschel Was Always Going to be a Runaway Success
The Biggest Investing Mistake That Women Make and Men Don’t
How Procell Vintage Became a Goldmine of Inspiration for the Fashion World
Part of the series: