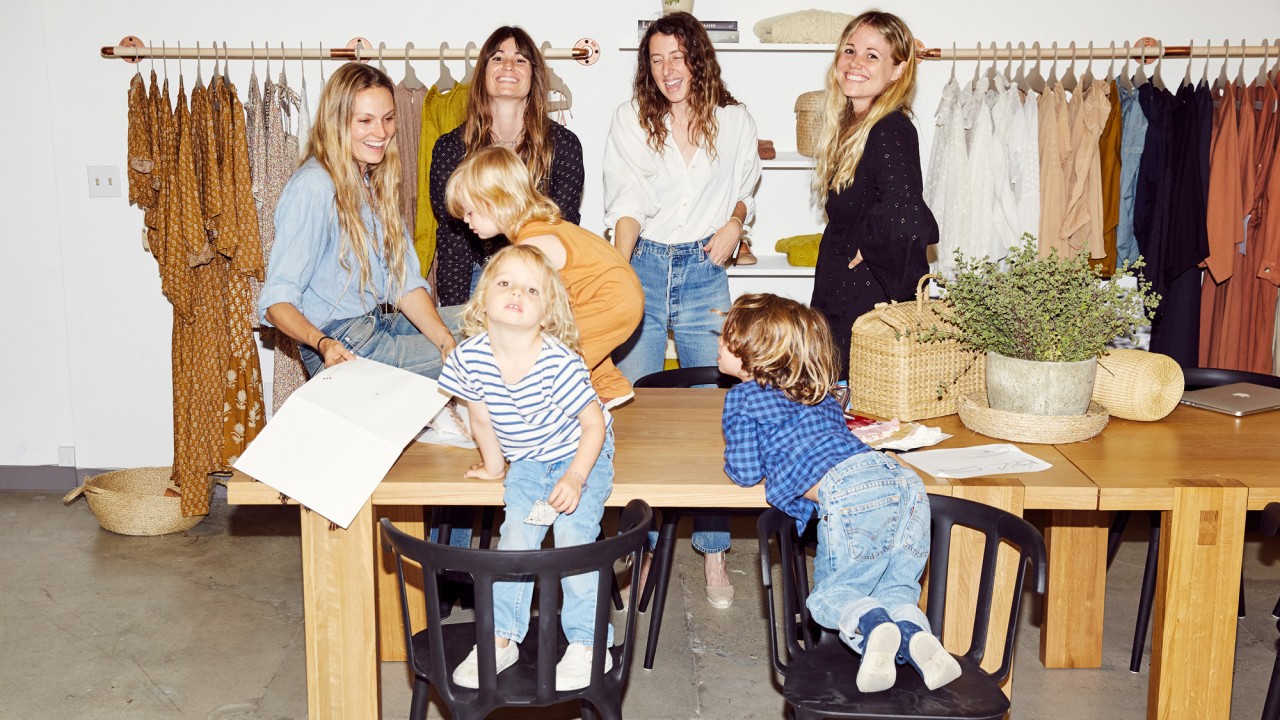 The Los Angeles Fashion Label That Stands By Its Feminist Values

Dôen also happens to make the dreamiest summer dresses ever.

I fell for Dôen originally because of the dresses. I discovered one in the closet of a woman we were photographing for Coveteur, and it was block-printed, sublimely soft, and slightly sheer. It was the dresses, and, once I started following them on Instagram, the dreamy, Topanga Canyon, modern Joanie Mitchell vibe. Then I started digging further and discovered that the real reason I wanted to throw myself into their sepia-toned Instagrams was, for one, because many of the women featured in them are part of the entrepreneurial group of women who started the company, but also because the vibe—which prominently celebrated mothers and women of all types, which felt romantic and aspirational but held up by a very tangible female strength—came from the very core of Dôen’s identity. 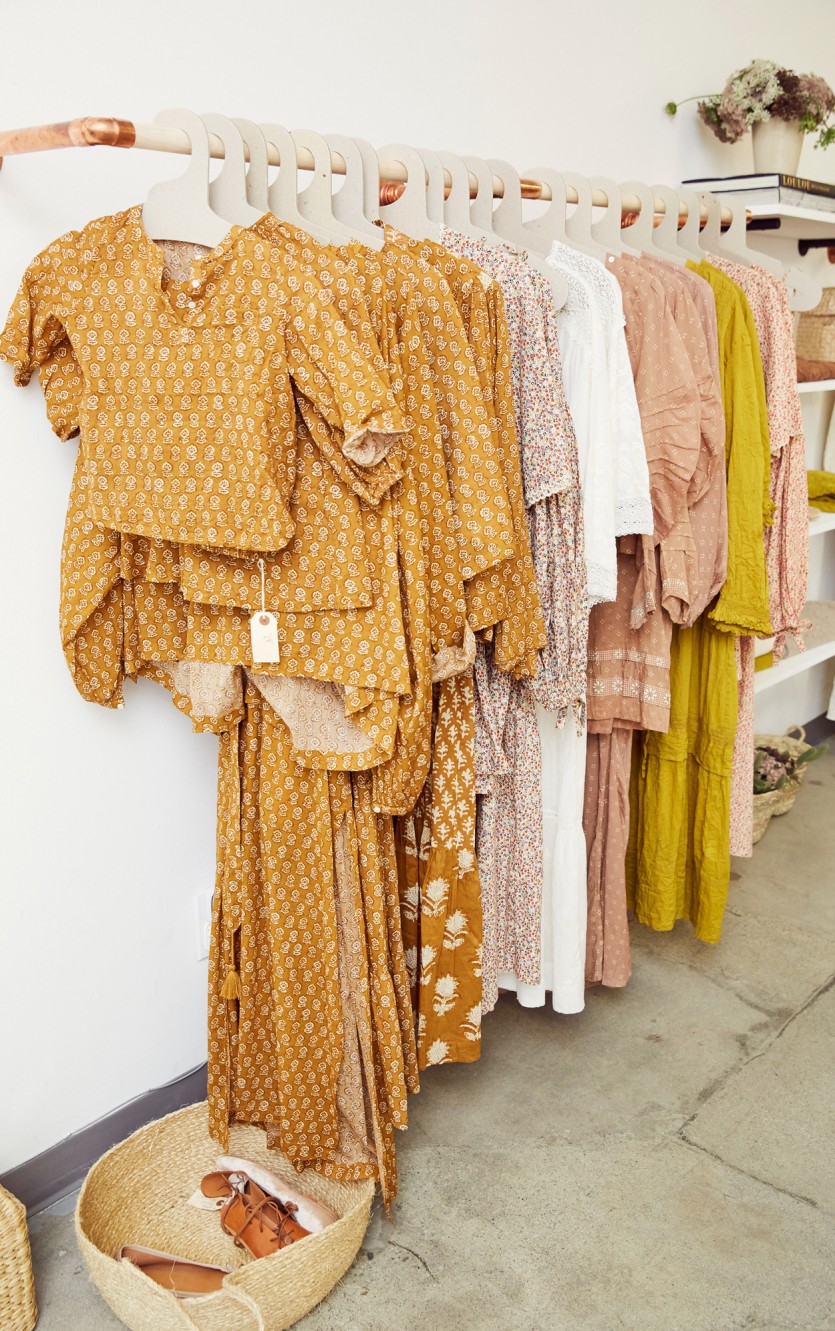 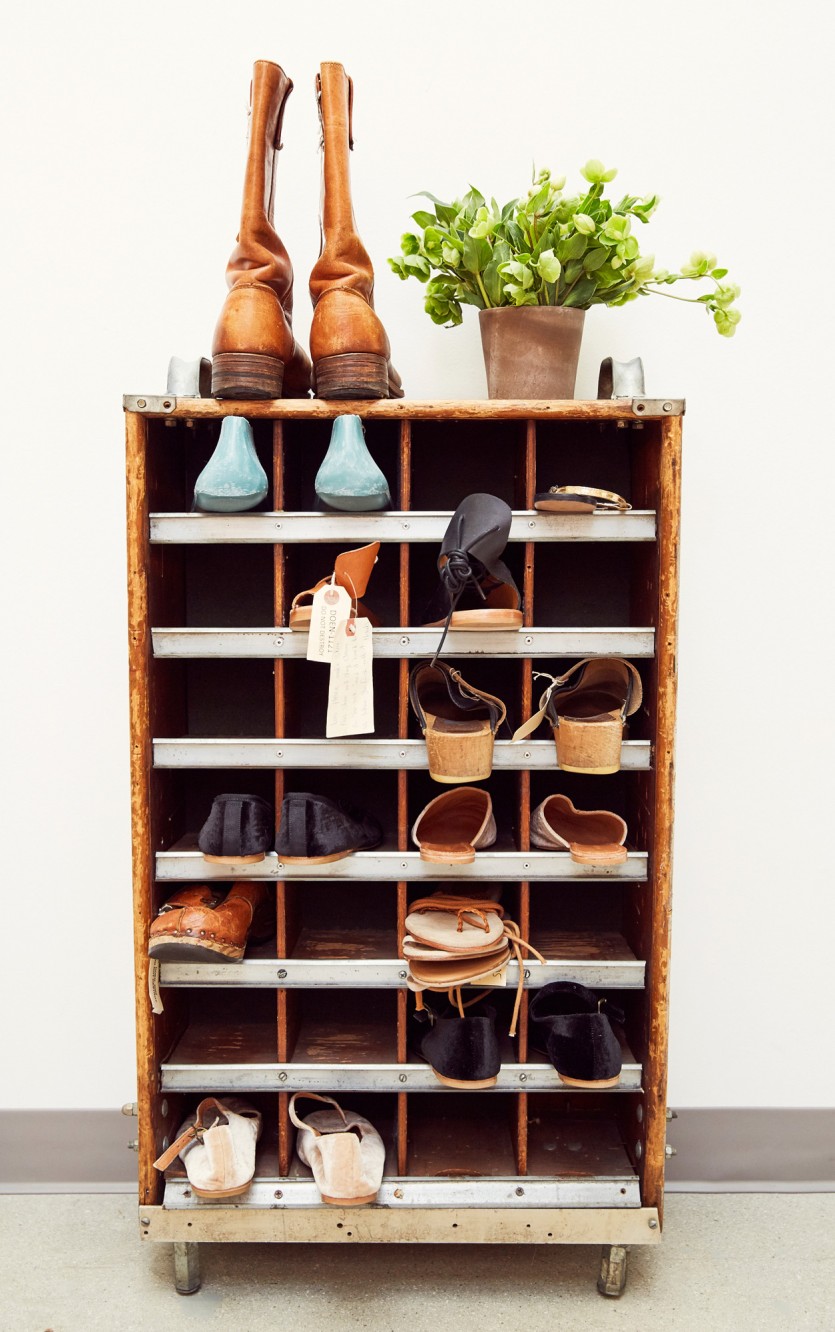 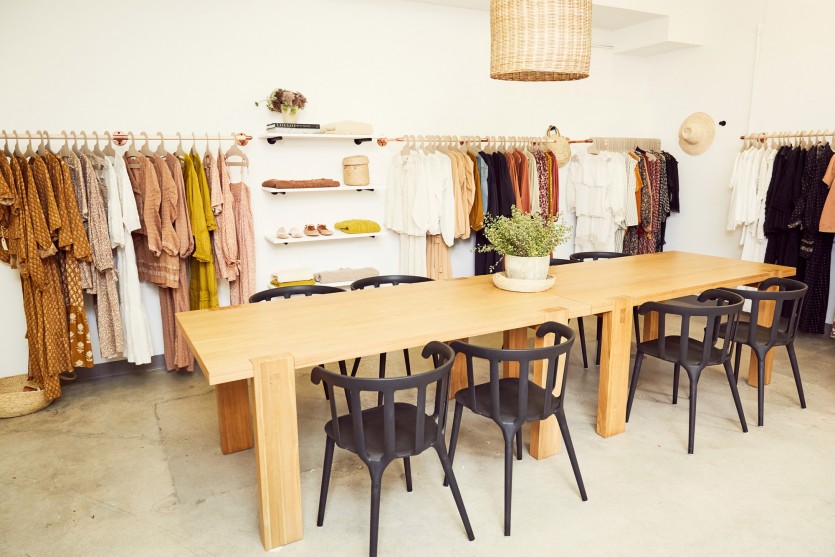 Sisters Margaret and Katherine Kleveland, who both have long histories working as executives in the Los Angeles fashion industry, founded the company with six other women who each bring something different to the table. The twist? All eight women own the company as a collective. “I woke up one day and was like, ‘I have to start this company.’ This is the look, this is the vibe,” explains Katherine. “And part and parcel with that is that I needed to do it with a bunch of other women who are equally talented and visionaries in their areas. To give these women access to ownership was the key to the success of the company.”

The concept struck me in its simplicity. And the fact that both sisters had young families and children of their own when they got the idea (waking up one morning) for Dôen brought the whole thing full circle. “A lot of this was about breaking the glass ceiling and about merging motherhood and family with a job in the fashion business, which, in L.A., is hard—even geographically it’s hard for moms to commute downtown L.A. and still be a mom,” says Margaret. It’s for this very reason that the Klevelands insisted that Coveteur’s photographer focused on the people (and the sisters’ adorable children, Julien, Shepard, and Wilder) rather than the stuff in their office. 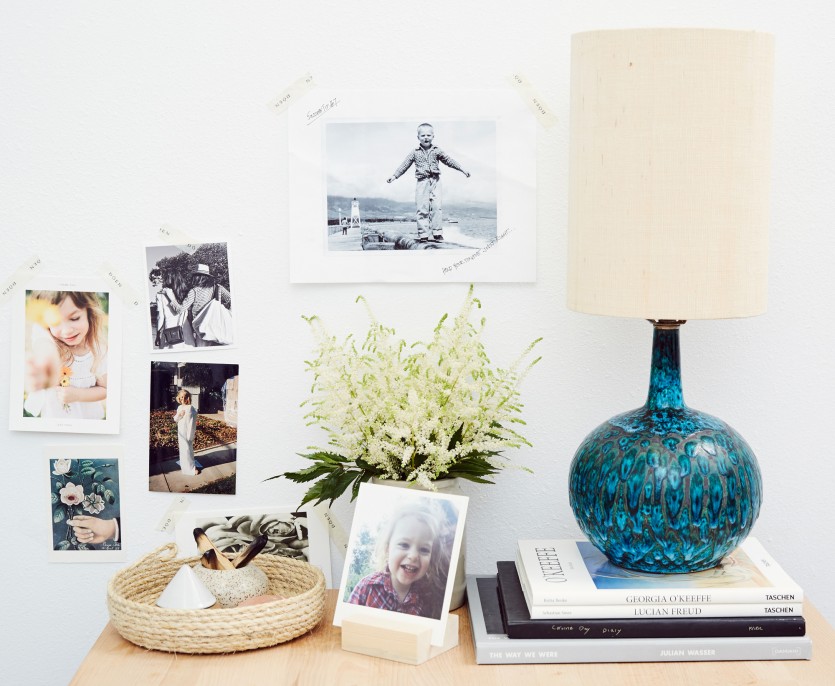 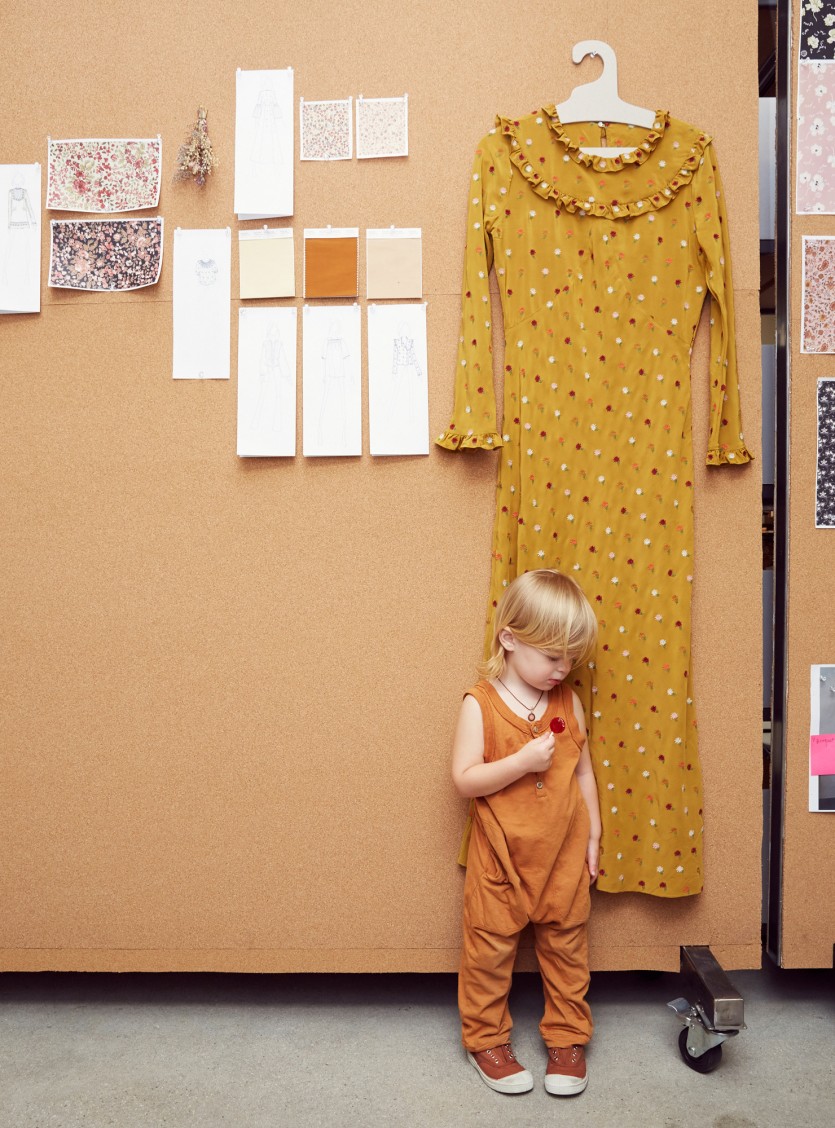 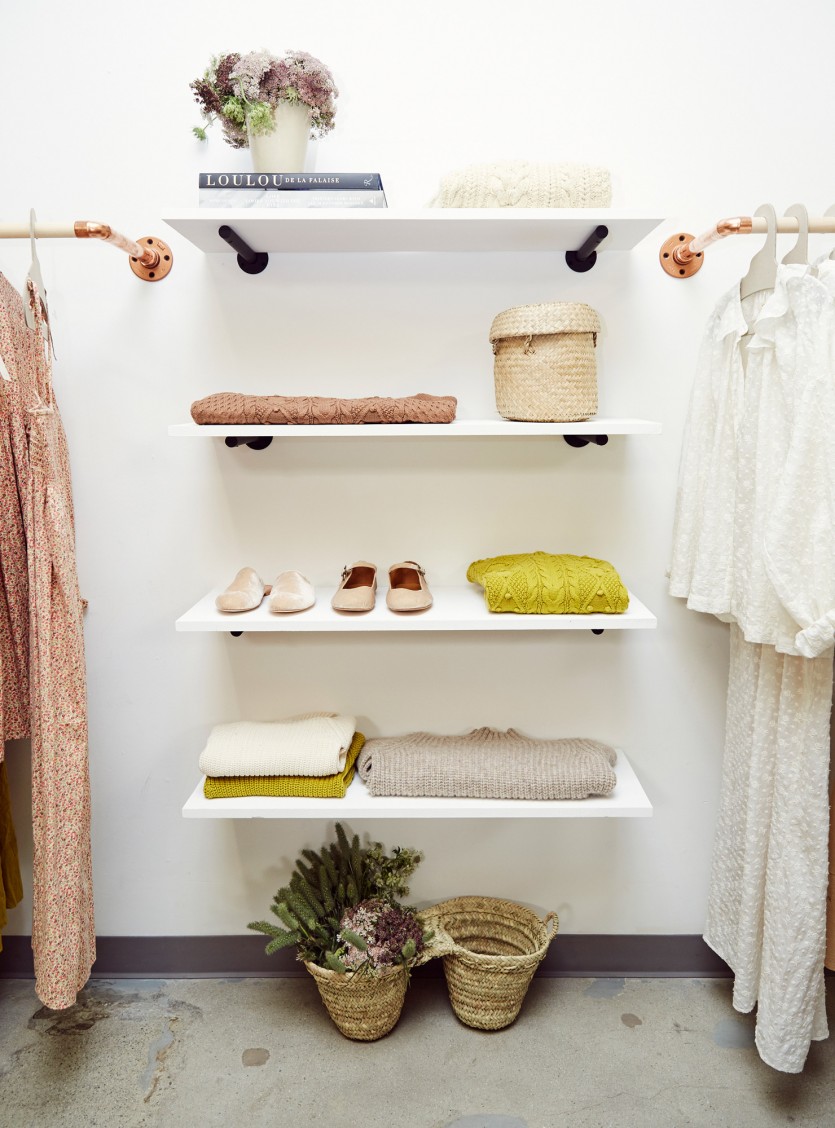 When you have a full-time corporate job, as both sisters had when they first gave birth to their sons, “there’s no way around the fact that you’re not seeing your baby,” says Katherine. “You want to do your career, you want to be passionate, you want to be inspired and be the best employee. But at the same time, in a traditional corporate structure, you have to be there from morning to night, and that, to us, was a big hole. A lot of the smartest, most inspiring, and most efficient working women that I have known in my career have been mothers. The idea was that [if] we could allow these women to have those parts of their life honored and balanced, maybe they’d be more inspired and do even better at their jobs. It’s an obvious flaw in our current work culture, and it’s not a revolutionary fix, but it’s better than the norm.”

In other words, at Dôen’s Los Angeles office, no one is “glued to a chair.” And each member of the collective (an accountant, lawyer, writer, and photographer among them) may come and go, work remotely or not. What the Klevelands’ structure guarantees, however, is that each woman (mother or not) can participate and own in the passion that Dôen obviously inspires. 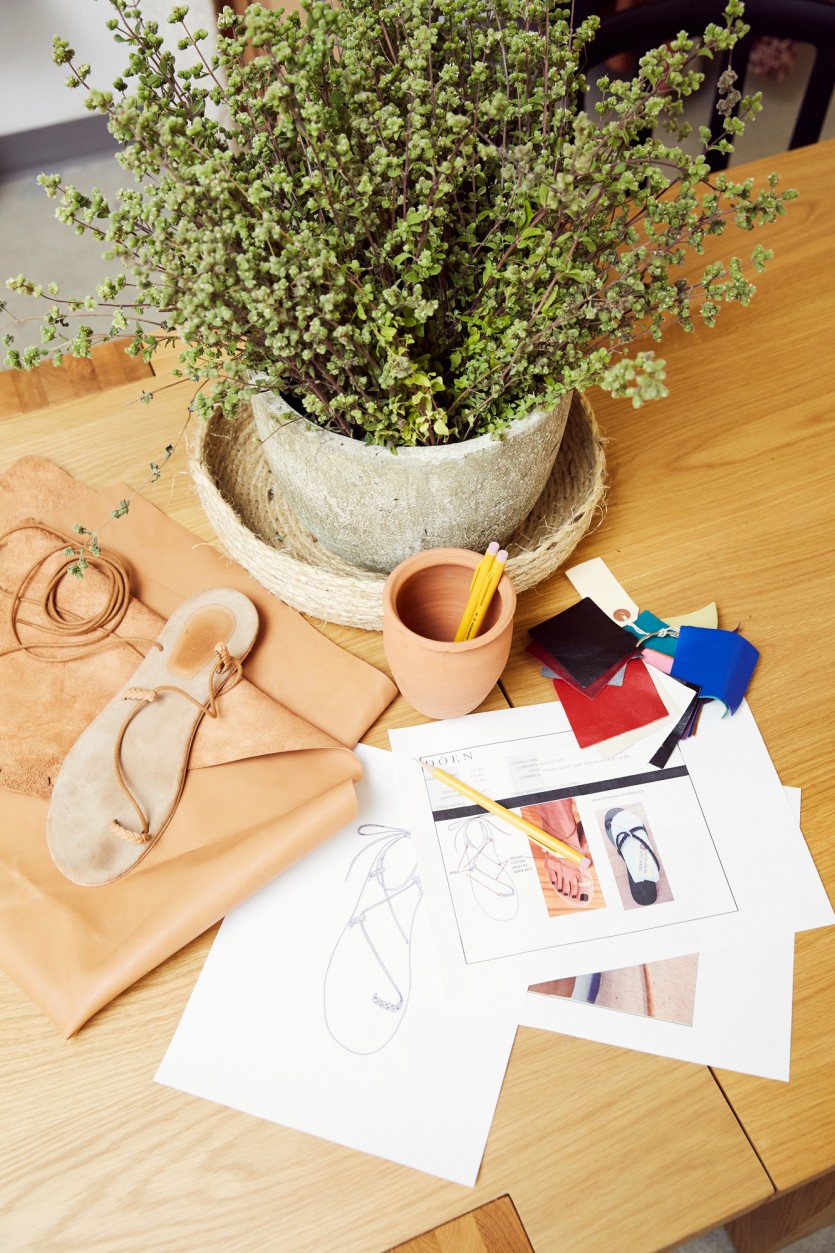 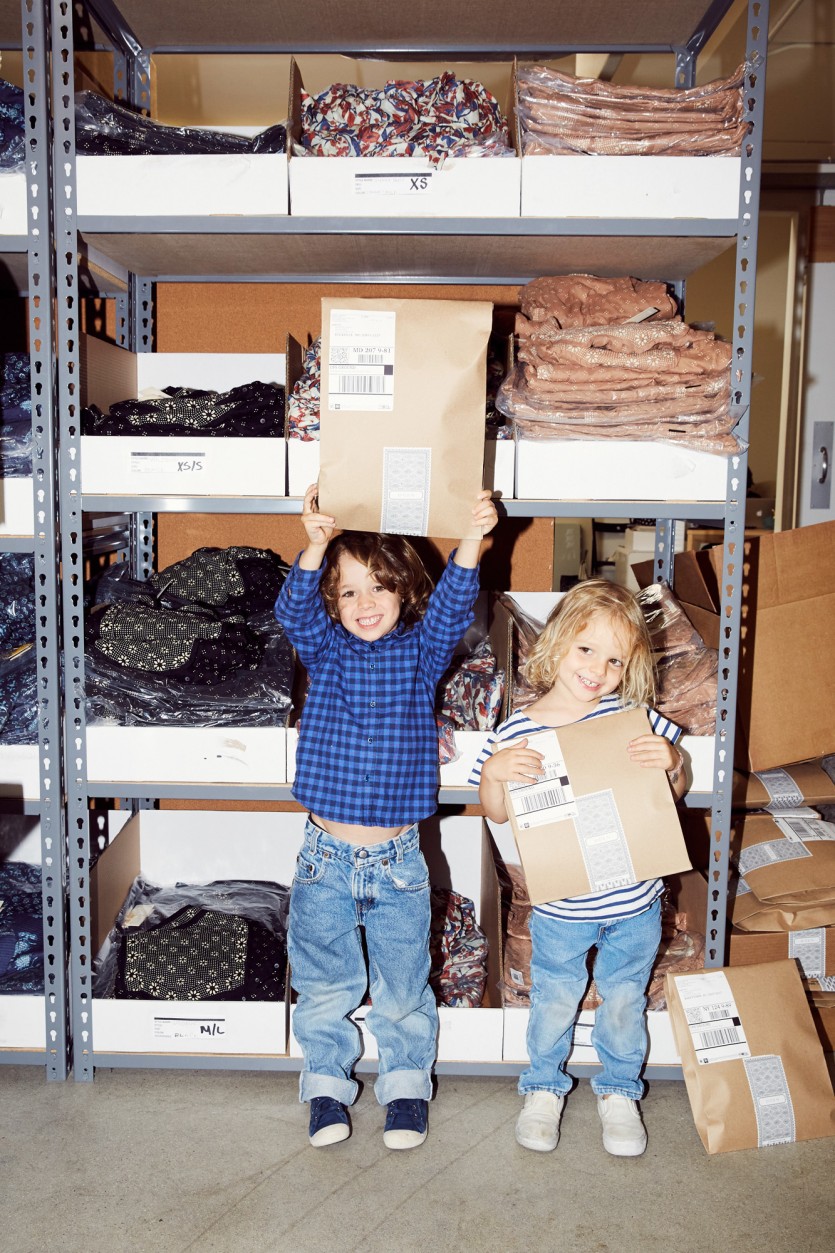 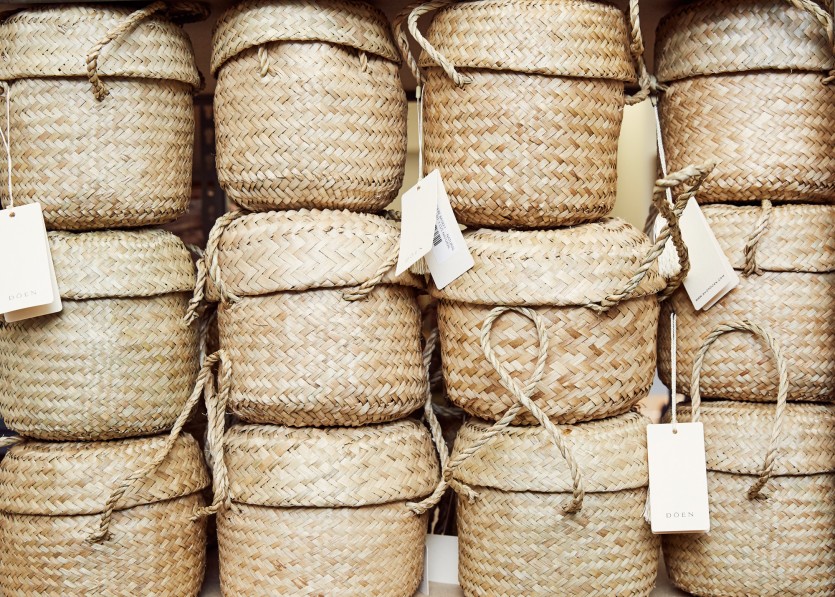 And the company spreads that passion outward. For one thing, they only work with vendors whose ethics they agree with (one in a female-owned factory in India has a foundation that helps the daughters of their employees attend school; a vendor in Peru gives knitwear patterns to women in remote mountain villages and allows them to take their work home so that they may be caregivers while also maintaining financial independence). For another, all the proceeds from their children’s clothes (which you can bet are damn cute) go to Room to Read, an organization that works around the world with local governments to provide long-term education and literacy support for women and girls. And after the presidential election, when we were all forced to take a look around and stop taking our rights for granted here at home? Dôen turned their holiday party into a fundraiser for Planned Parenthood.

Take a feminist meme, and you can probably apply it to everything Dôen is doing: women supporting women; girls doing whatever the fuck they want in 2018. Plus, take it from me and the myriad muses they post on the brand’s Instagram and web journal: You’ll look darn good wearing it.

Want more stories like this?
How Staud Became The Only Label We Want to Wear
9 Places to Find Great Fashion in Seattle
Galvan Has Found the Formula for Cool Effortless Eveningwear...& Now Bridal