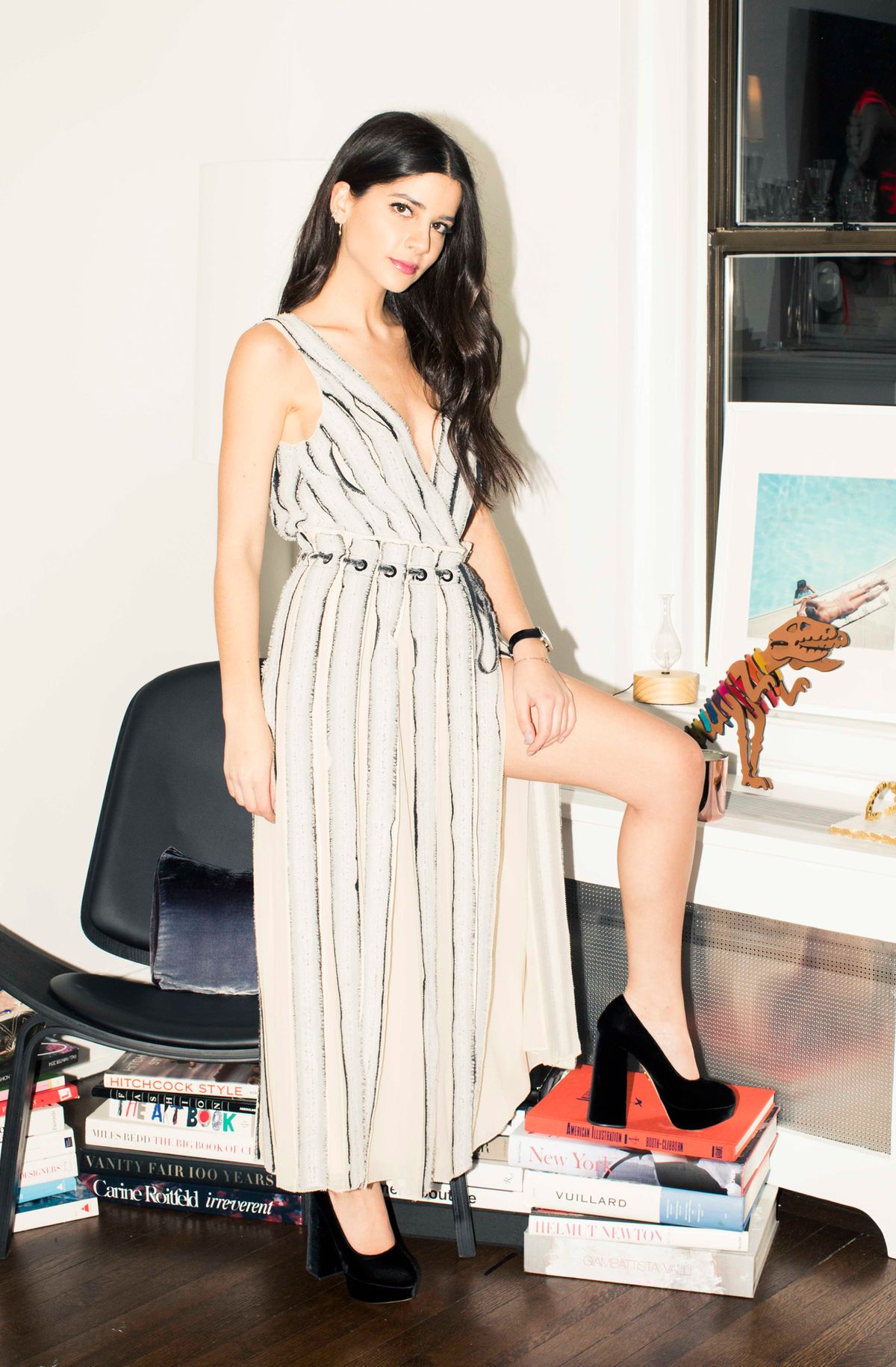 This Fashion Insider Has a Penchant for Jimmy Choo

Haute Inhabit’s founder, Lainy Hedaya, on why she hated fashion growing up and why she can’t stand lipstick.

To say that being given access to people’s homes is interesting would be an understatement. We truly never know what we are getting ourselves into, yet we still arrive with expectations (Instagram will do that to you). Walking into Lainy Hedaya’s Midtown East NYC apartment was everything we thought it would be and more—the beautiful and bright space matched Hedaya’s aesthetic to a T. From an amazing fireplace she built herself (no joke) to a painting she did that hangs in the front hallway, our mouths were practically dragging on the floor as we took it all in. Then there was the fact that a good quarter of her living room is dedicated to the most Pinterest-worthy home office, complete with a desk covered in designer accessories and two clothing racks full of some of the most stunning pieces we’ve ever seen IRL.

We’d be lying if we said  we got right down to work. Instead, we spent the first thirty to forty minutes taking in Hedaya’s impressive (to say the least) shoe collection, her multiple closets, and, well, everything else that you might imagine exists in blogger-slash-model paradise. Let’s just say that the girl is crafty with a capital C—apparently she finds DIY projects soothing, which is how she ended up with a reupholstered shearling chair. Obviously we quizzed her for the breakdown of every single piece, simultaneously praying that her artistic ways would rub off on us.

When we (finally) got down to business, we discovered that Hedaya’s closets are stuffed to the brim with designer goodies: Proenza Schouler, Balenciaga, Christian Louboutin, Jimmy Choo, Charlotte Olympia, Giuseppe Zanotti, Pierre Hardy... We could honestly go on and on. While we balanced shoes on a skateboard and hung kimonos in the shower, Hedaya was a natural in front of the camera, looking next-level in a black lace Alexis dress. Many hours later, when all was said and done, we snacked on toast with za’atar and chatted about pretty much everything under the sun. We left with an invitation to visit again soon to experience some of her home cooking. So, like, see you next week, Lainy?

Click through the below gallery to find out about how Hedaya got started, what made her change her mind about fashion (for the better), and what jeans she can’t get out of her head.

Haute Inhabit’s founder, Lainy Hedaya, on why she hated fashion growing up and why she can’t stand lipstick.