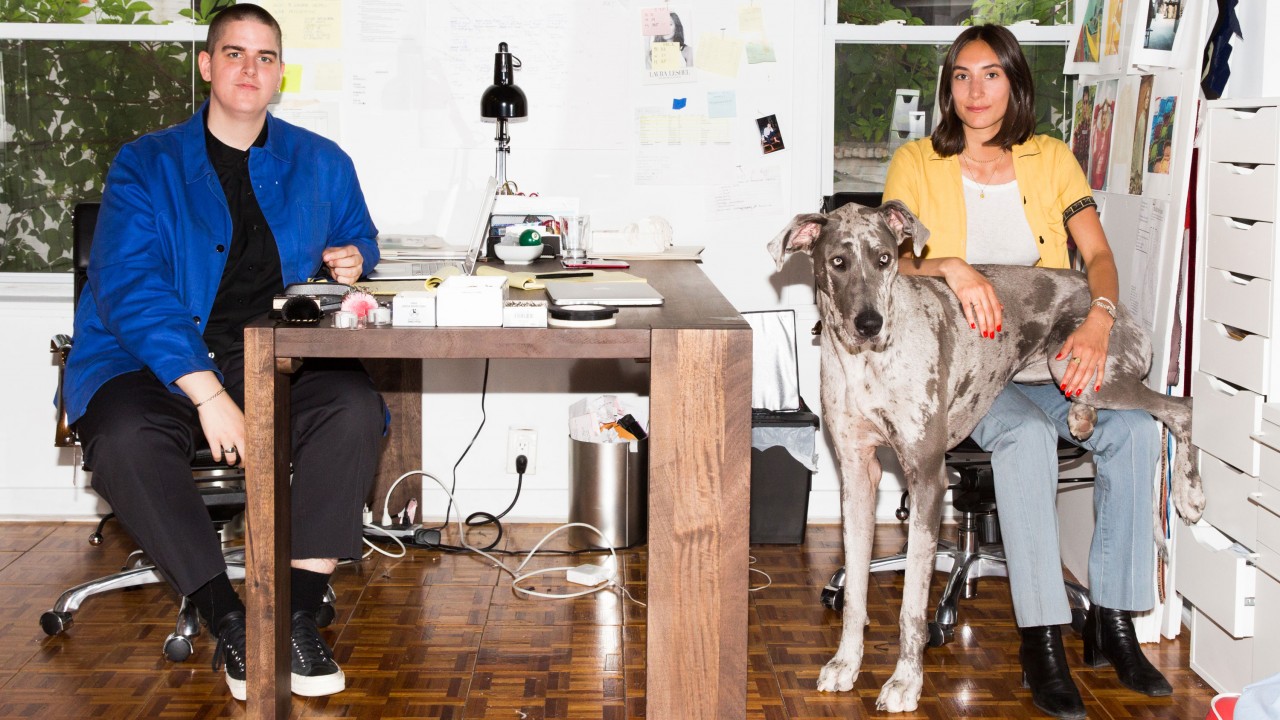 Women Should Be Able to Dress like the Boys

And new brand Lorod is providing both the utilitarian workwear and the denim of our dreams to do just that.

Lauren Rodriguez and Michael Freels are hovered over a small macbook, looking at a photo someone emailed to them. The two are the designers of new brand Lorod, whose zip-up jeans you may have seen on Bella Hadid (worn with a mesh bodysuit, of course). In the picture, Alana Haim, the youngest of the Haim band sisters, is wearing the same pair of jeans with a matching denim jacket. The photo, in which she’s holding a phone, also landed on Alana’s Instagram, captioned “sending naughty texts.” 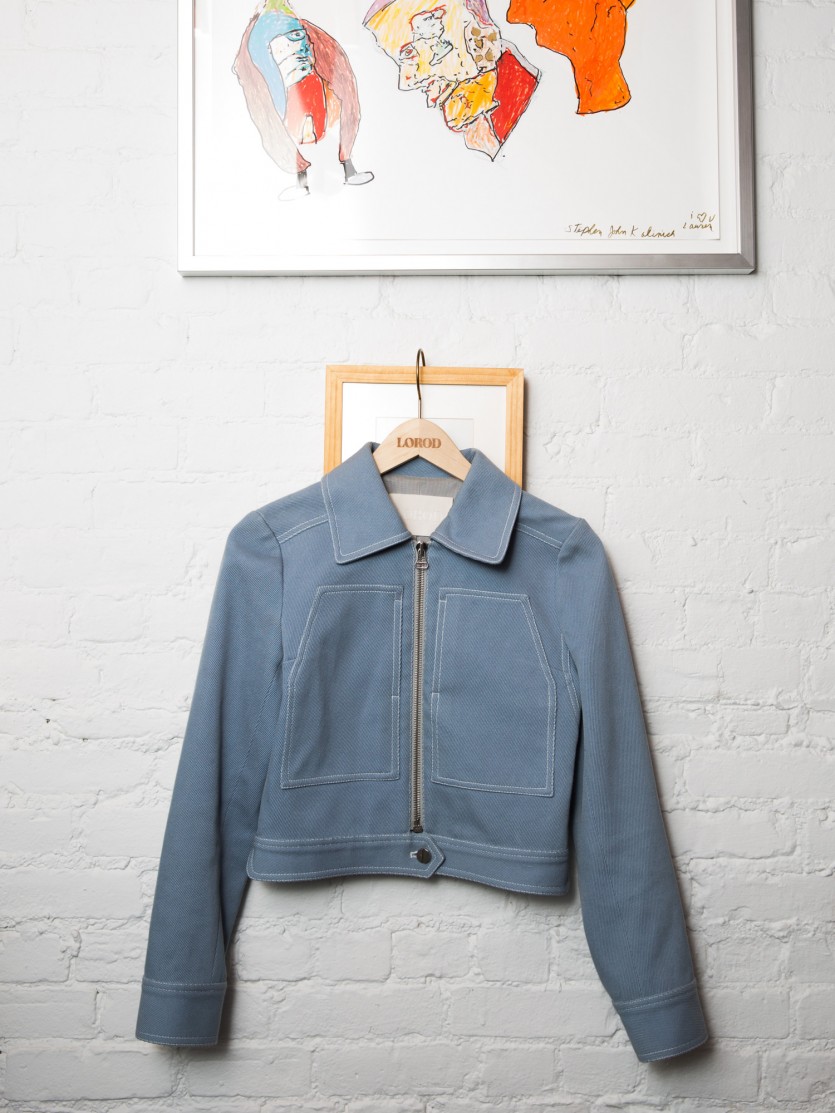 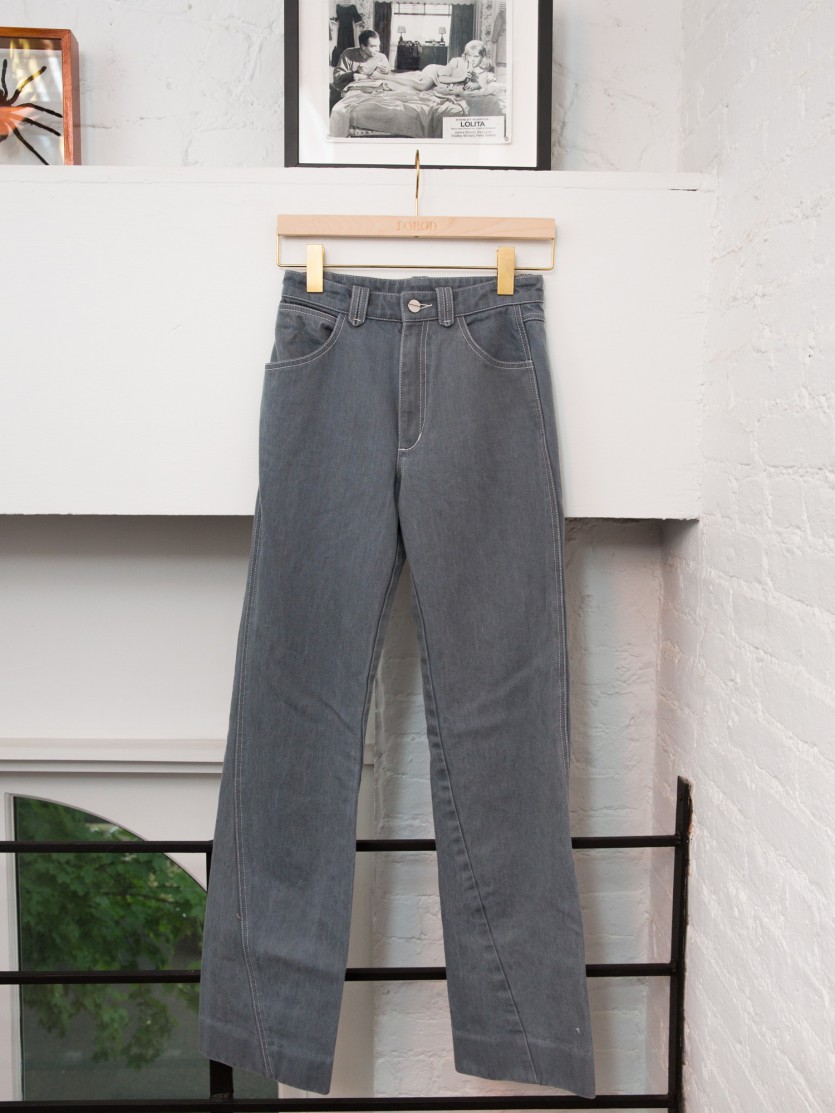 After a laugh, Freels and Rodriguez explain how they got into designing. Freels fell in love with Raf Simons and Nicholas Ghesquiere’s work “probably on Tumblr.” Rodriguez always wanted to go to fashion school, but was scared out of pursuing fashion; then she went to art school and was scared out of pursuing art. The design duo met at a party huddled over a drink, where Rodriguez asked her now business partner, “Will you help me with my sewing machine?”

Today they sit across from one another in a fourth-floor studio in the East Village. A sewing machine sits in the corner as they talk about the tangible instead of the imagined. The question surrounding their career is no longer “How can we make this?” but “Who can we get to wear this?” 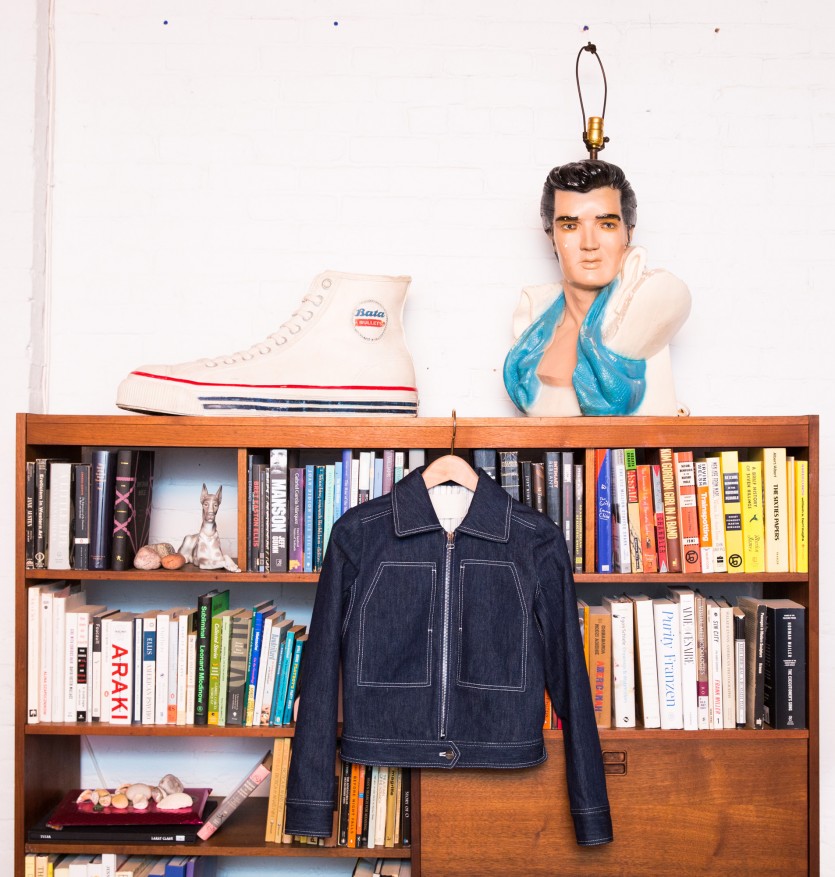 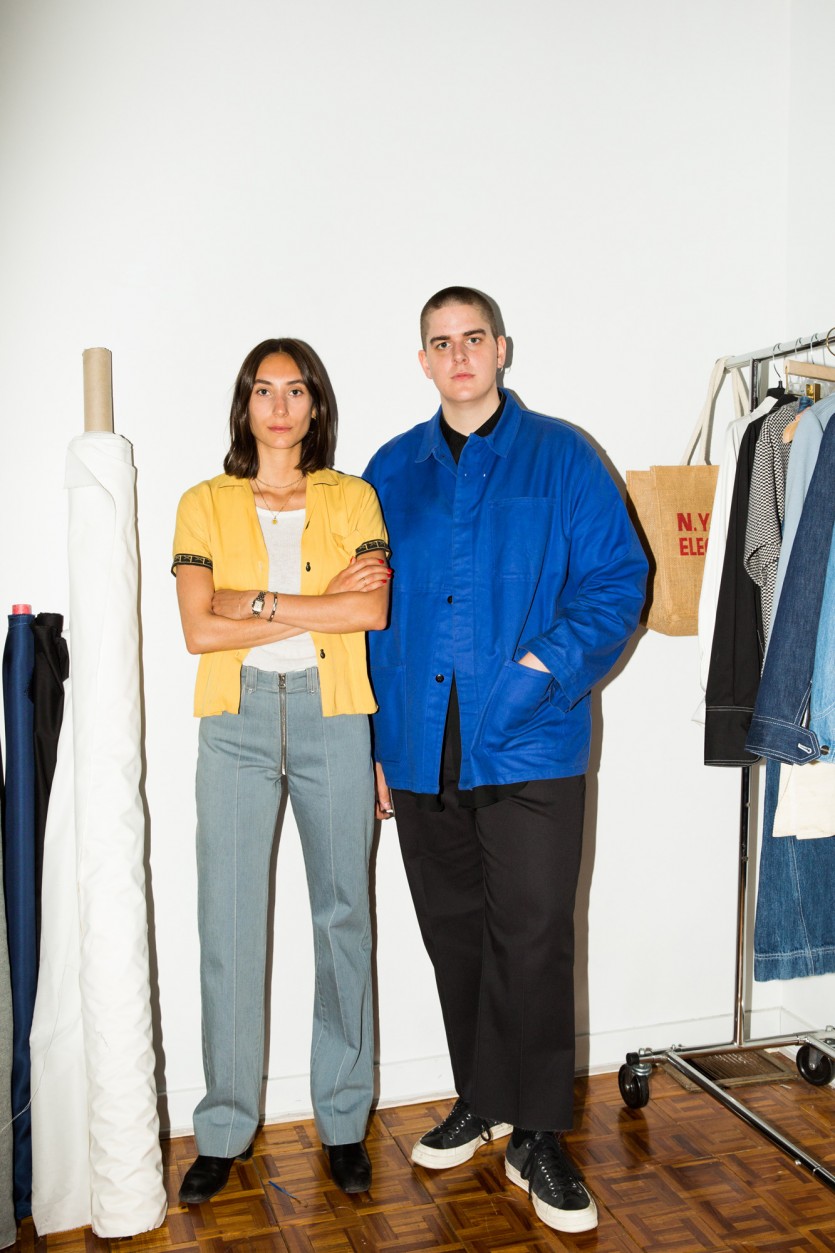 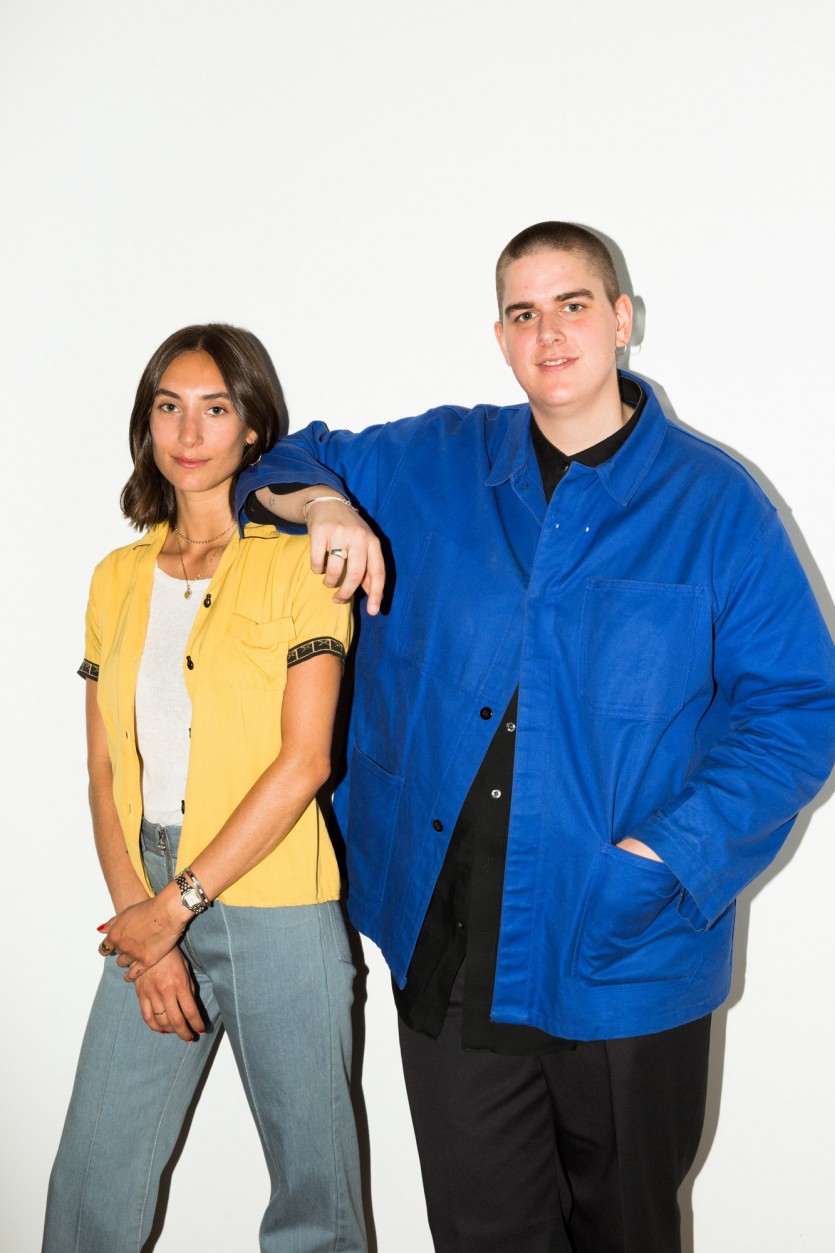 Like many designers, Freels and Rodriguez both describe the feeling of seeing someone—(anyone, famous or not)—in their clothes as indescribable. When Freels mentions recently running into someone in NYC wearing Lorod, Rodriguez looks up from her computer in awe. “Really?! Where?!”; she’s yet to experience an in-person sighting.

Their dream scenario?  “I want Solange to wear our clothes,” Freels says as Rodriguez nods in agreement. “Solange would be amazing.” He stops for a moment before adding, “Solange is goals. Chloë Sevigny is goals.”

Once they’ve said it, we can’t help but picture Solange and Chloë in everything they’ve designed. It’s actually strange to think they haven’t worn the brand’s utilitarian modern take on workwear yet. Not so much because they would look perfect in it (though they absolutely would), but because Lorod really feels like a brand for artists. 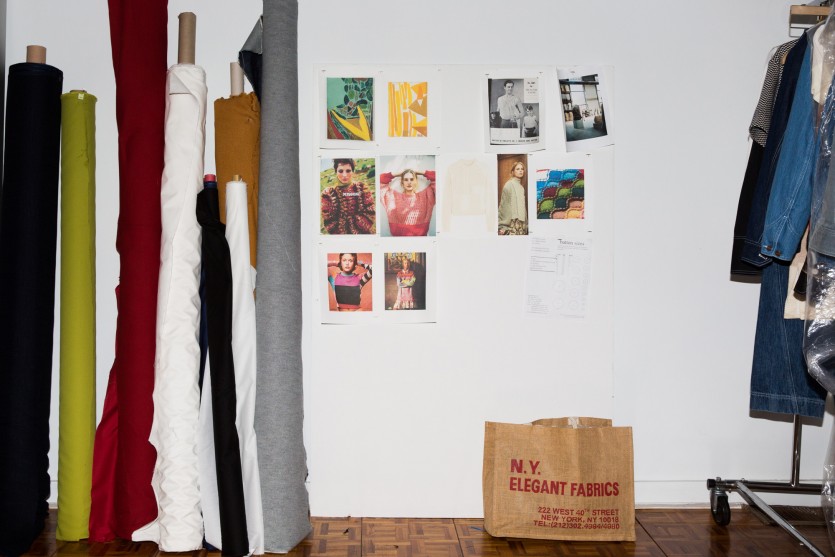 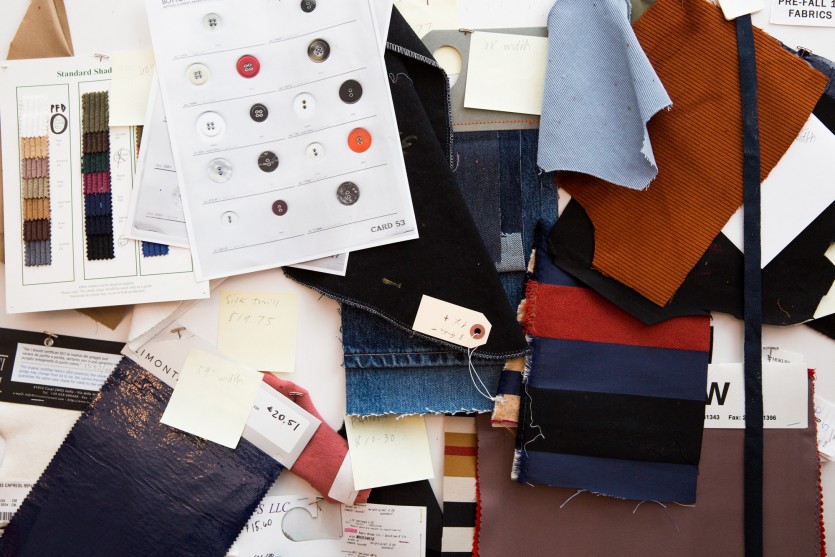 Art is everywhere in the Lorod studio. Perfectly curated collections of old photographs and playing cards on the table; portraits of Frida Kahlo alongside design sketches; canvases by Rodriguez’s boyfriend, an artist whose studio is just below Lorod’s.

“We are surrounded by so many of our peers who are artists, whether it’s interiors or painting or sculpture or photography,” Rodriguez says. Freels quickly chimes in, “It’s like a free association between contemporary art or one garment that we research.”

Their inspiration does span beyond art though, Rodriguez explains. “Gender is a big deal for us. What is happening in the world right now is a huge influence on what we’re doing, and women being able to dress like boys or feel powerful in a full suit that’s not tits-out and heels.” 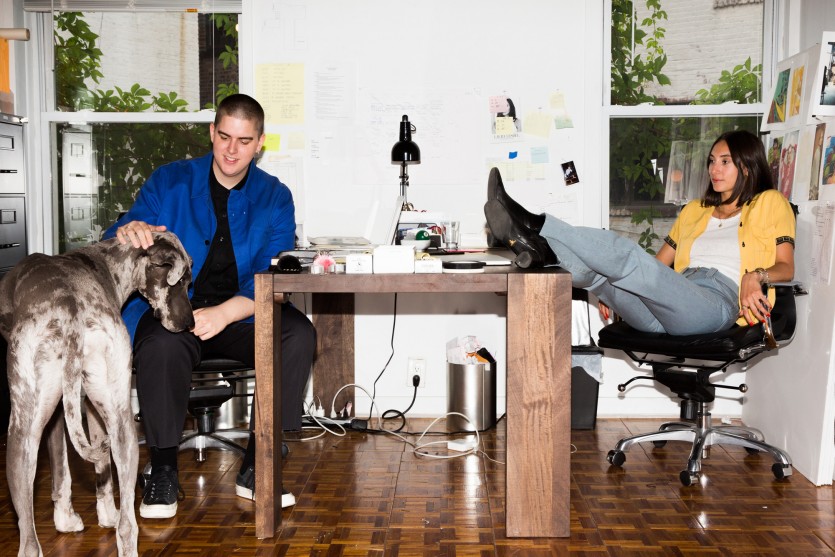 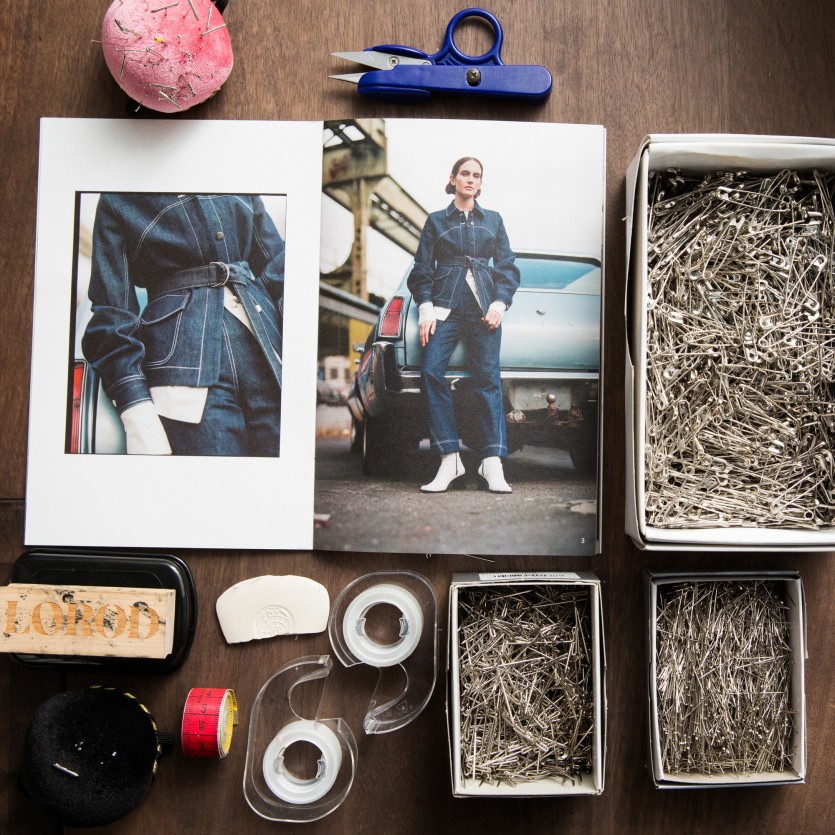 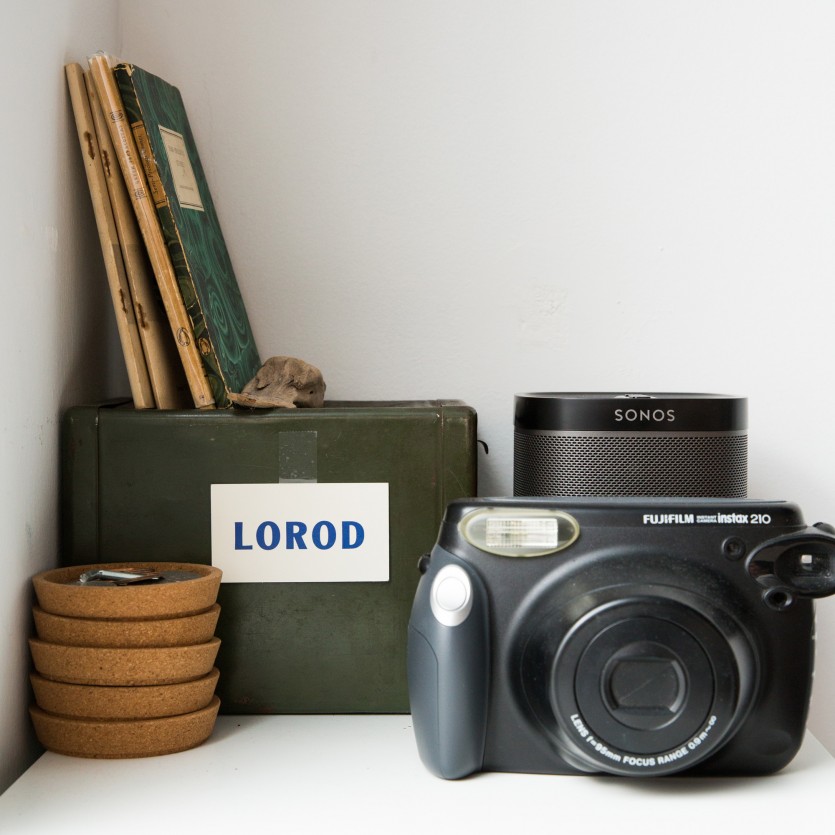 Freels admires Rodriguez’s ability to tailor vintage boys’ clothes for her body. It’s this skill to take something old and make it new that excites him. “I think it’s important for us to interpret Americana in a way that reflects our community and its diversity and our diverse interests, whether that be people baring faith or ethnic backgrounds, or gender identities.”

As Freels talks, Rodriguez is flaunting a yellow men’s vintage bowling shirt. “There is just so much wrong with fashion in our world, and it’s really exciting and cool to have a platform where we can feature diverse models and do collaborations with friends who are working at something. I don’t know... It’s my only place where I feel like I can do my part, to a certain extent. I feel so small otherwise,” she says.

Even if Rodriguez doesn’t realize, nothing about Lorod feels small. Not the scope of her and Freels’ references, not the amount of celebrity attention they’ve gotten (and will likely continue to get), and definitely not their point of view as designers. Lorod feels as big as the zipper on their signature pair of jeans.