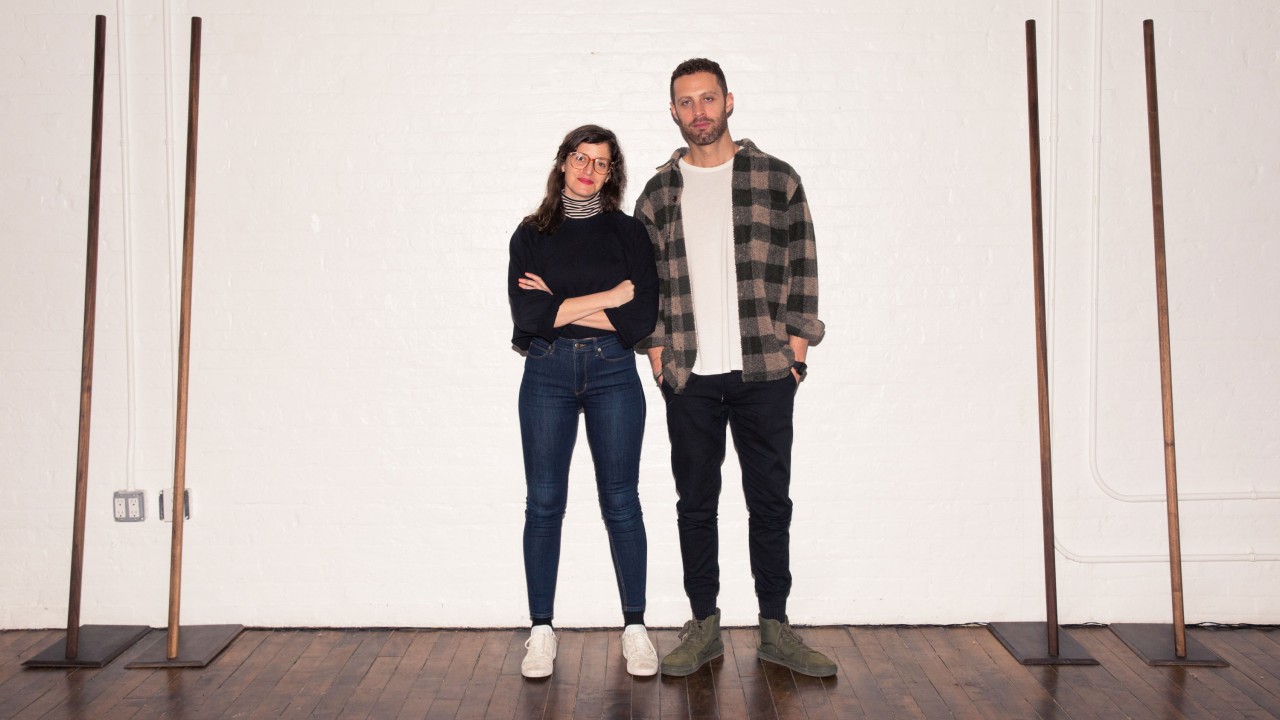 Everything You Think You Know about Meditation Is Probably Wrong

Plus, how to meditate in just 5 minutes.

Legs crossed, index finger to thumb, “Ohmmmm,” Buddha, no worries and absolutely no city, especially not one as crazy as New York—if that’s what you think of when you hear “meditation,” you’re not alone.

So what if we told you that what you thought about meditation was a little bit wrong, and that you actually can think, talk, and listen to music while meditating? And that one of the largest mass-meditations took place not in a large field in the middle of nowhere, but on the top three floors of One World Trade? Or that the founders of MEDI Club, who put it together, were ambitious New York creatives who previously did things like run events for lululemon and sign the band MGMT out of a dorm room recording company? Yup.

And you’d probably find yourself as surprised as we were when speaking with Jesse Israel and Lauren Bille, the organizers of MEDI Club (and also the definition of cool, calm, and collected) as they guided us through the most common meditation misconceptions, told us why practicing changed their lives, and showed us how we, too, can start meditating in just five minutes. 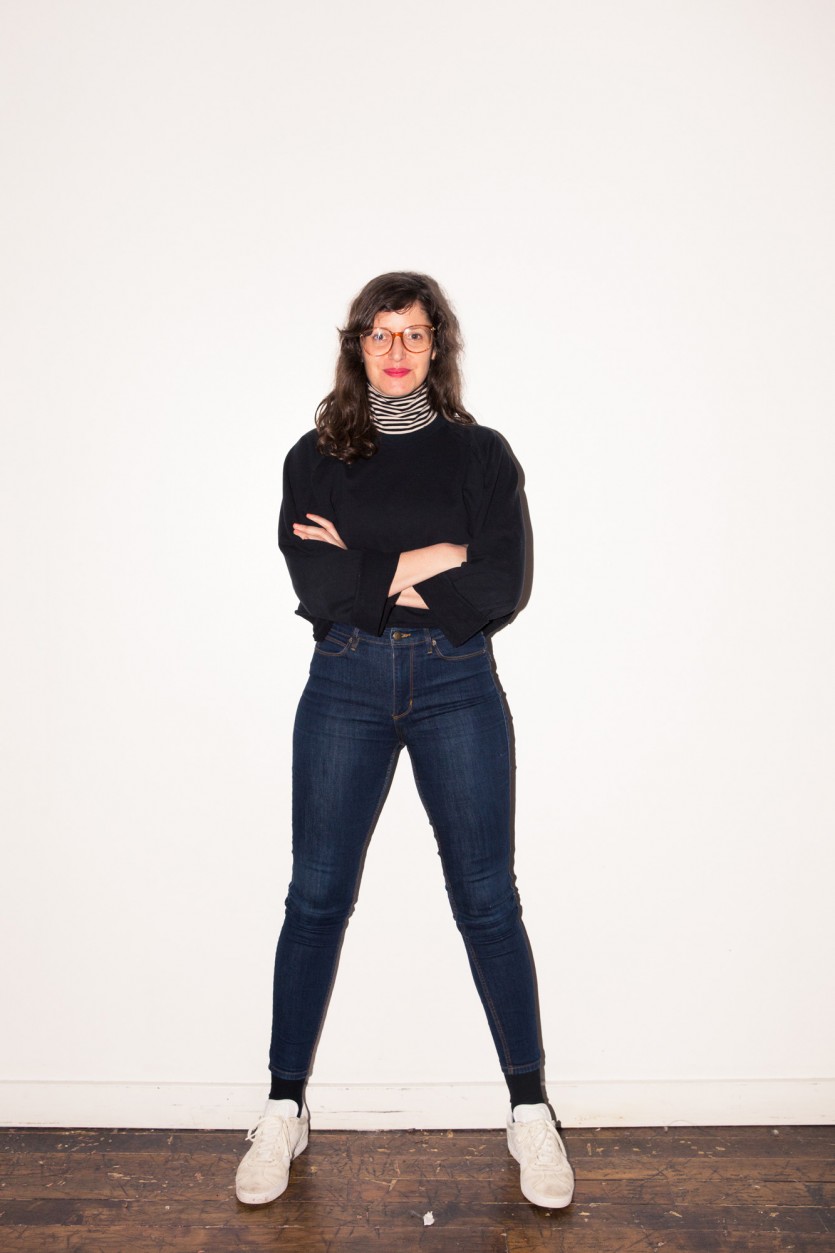 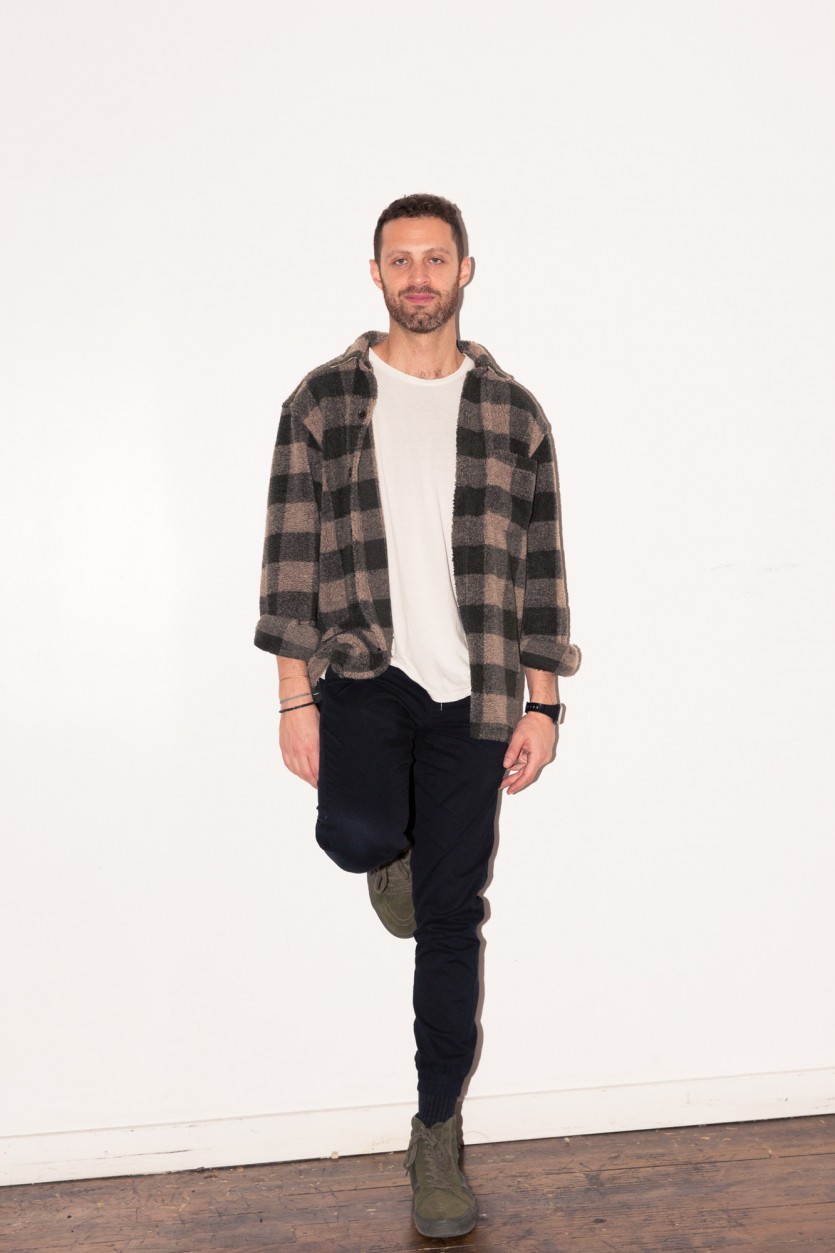 Jesse: “When I was 20, I started a label out of my dorm room at NYU. My roommate and I signed the band MGMT, and as they grew, we built this dorm room label into a real record label. We spent the next several years signing bands, investing in tech start-ups, and throwing concerts. We had a really cool run. In my early 20s, while I was doing this full-time, I got hit with pretty bad anxiety. I found meditation as a way to deal with that, and it allowed me to be more me in my work because the anxiety was blocking so much. When I was 29, I decided to move on from that company. It was a really scary decision because it was all I really knew.”

Lauren: “About two years ago, I was working for lululemon, helping them build their brand and community. I was trying to help them do stuff outside of just exercise. I Googled ‘mindful entrepreneur NYC,’ I read Jesse's blog post about MEDI Club, and then e-mailed him. He wrote me back and invited me to go. It was intimidating at first! There were a lot of cool New York people in this beautiful loft, but people were really welcoming, and as soon as I met Jesse, he treated me as though we had known each other for a long time.”

How meditation changed their lives:

Jesse: “For me, the anxiety and stress started to shift out of my body. The more I was meditating, the more the anxiety was getting stripped out of my body. It was much easier for me to feel connected to my gut and my heart. I was able to hear my intuition and act on it courageously. That is how I was able to leave my company to give myself to this very new and very different thing. My meditation practice has allowed me to be more me. It has allowed me to feel comfortable stepping into my truth. My practice has helped me unlock purpose. I feel, for the first time in my life, pretty clear about why I am on this earth and what I am here to do.”

Lauren: “It has given me this pause; I don’t have to act as compulsively. I totally still do, but I have this sense of awareness of those around me, of the sound, of the moment, of what is really going on. I have an awareness that I wouldn’t have otherwise, and a little bit of a pause before I act. Even my thoughts come from a more truth, a more pure, kind of beyond-all-of-the-bullshit place. Then, as a result, my relationships are so deep and honest. I am brave. So much of the gunk has been cleaned out. It doesn’t mean that I always act right all the time, but it does mean that I know. It has led me to live a cleaner life. Sometimes it is annoying to be so aware because the road is narrower. I still get stressed, and I have anxiety, I still get sad, or feel lost, lonely, whatever, but I have this tool that quickly brings me back to this pure, grounded place where that junk doesn’t matter.” 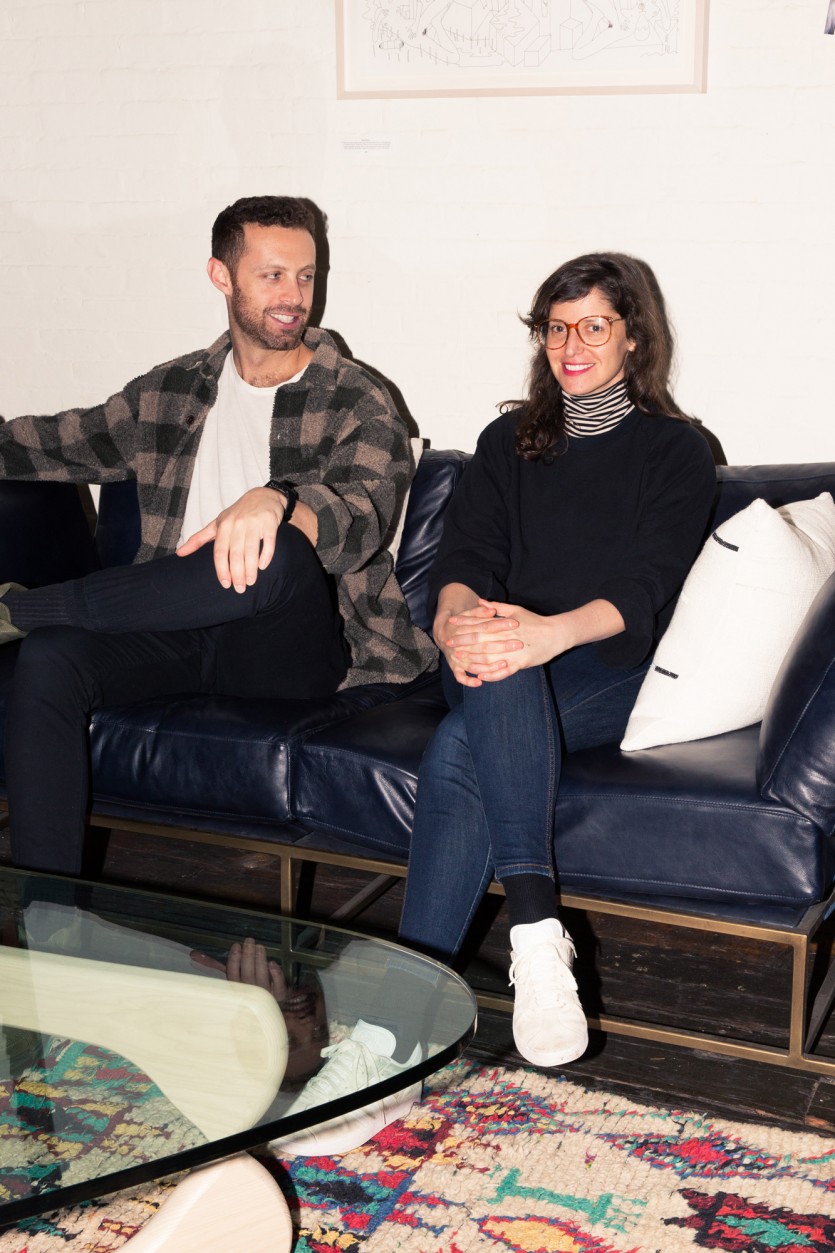 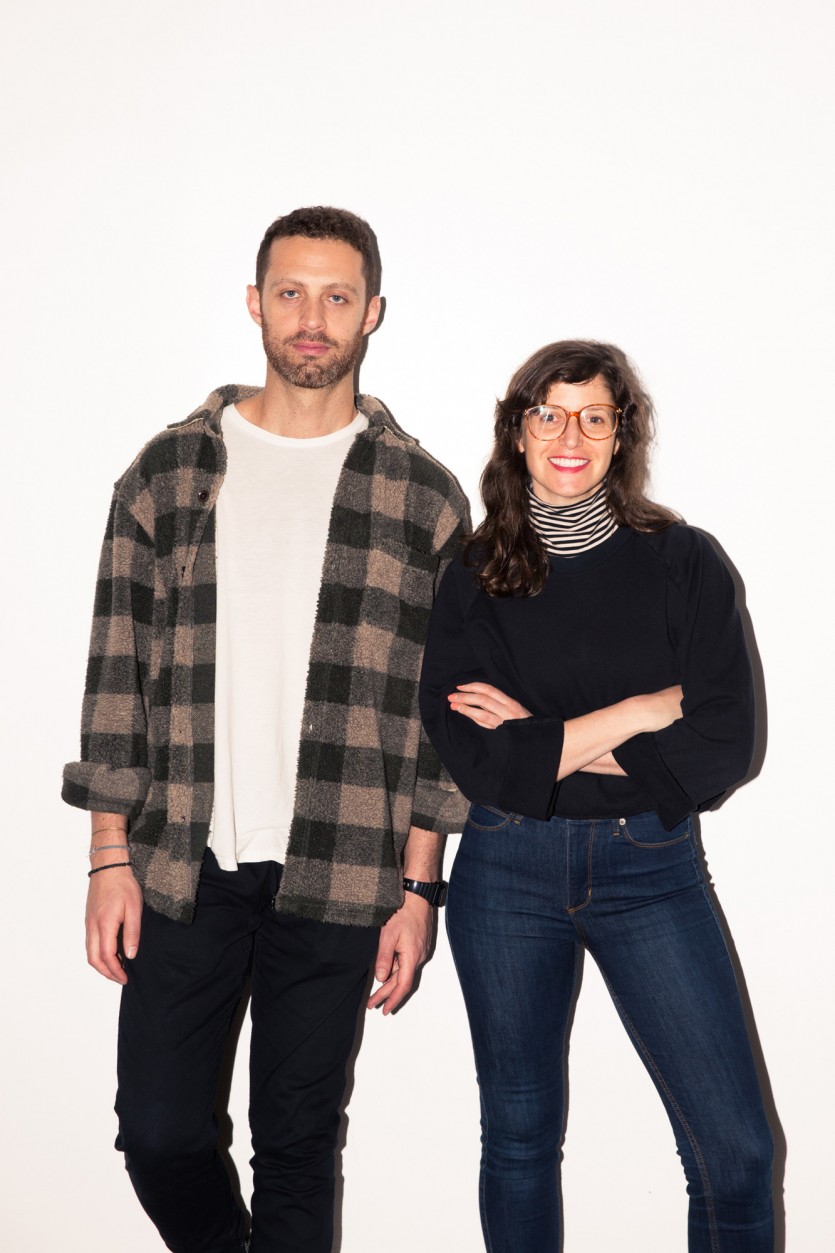 The most common meditation misconceptions:

Jesse: “The most common misconception, I think, is that meditation is about not thinking, which is almost impossible to do, especially from going right into it from living a life in the city. To be able to get into a place of not thinking is impossible. We often hear people say, ‘I am bad at meditation, I think too much.’ Everyone’s brain is wired to think a ton. I have meditations all of the time where my brain is racing. There are a lot of different styles of meditation, but the way that I think about meditation isn’t to clear your mind, but to be aware of your thoughts. People can be so tense about it. Thinking you can’t think just makes you think more.” 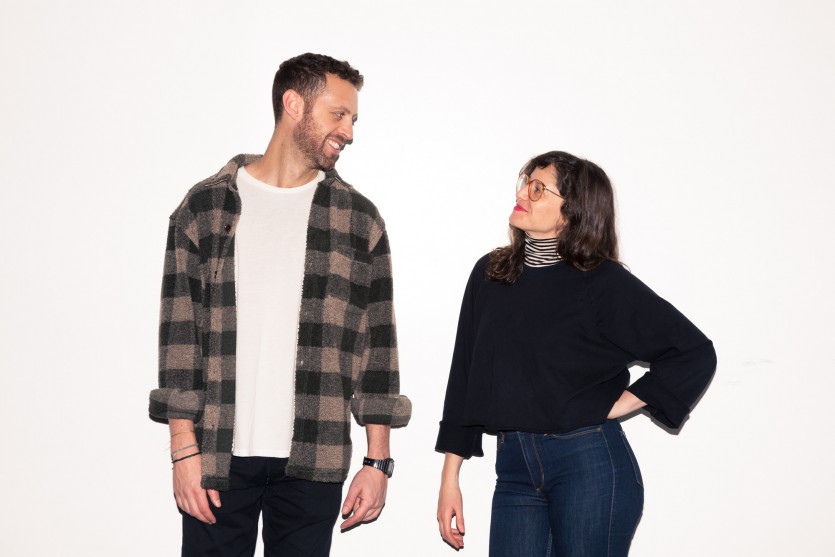 How to meditate in five minutes:

Lauren: “We don’t teach; we give a prompt so they can use it to help guide themselves through the meditation. It starts by taking three breaths and then getting grounded in your body, and then you end up paying attention to your breath coming in and out of your nose. Direct your attention to the heart, feel the beat, and then try to feel your breath and your heart at the same time. We guide everyone in MEDI Club there and then give them instruction, because of course your mind will wander, but you always gently bring it back to your breath and your heart. It is pretty gentle. We usually give about five minutes of instruction and then 10 to 15 minutes of silence, or with sound accompaniment, like sound bowls or something.”