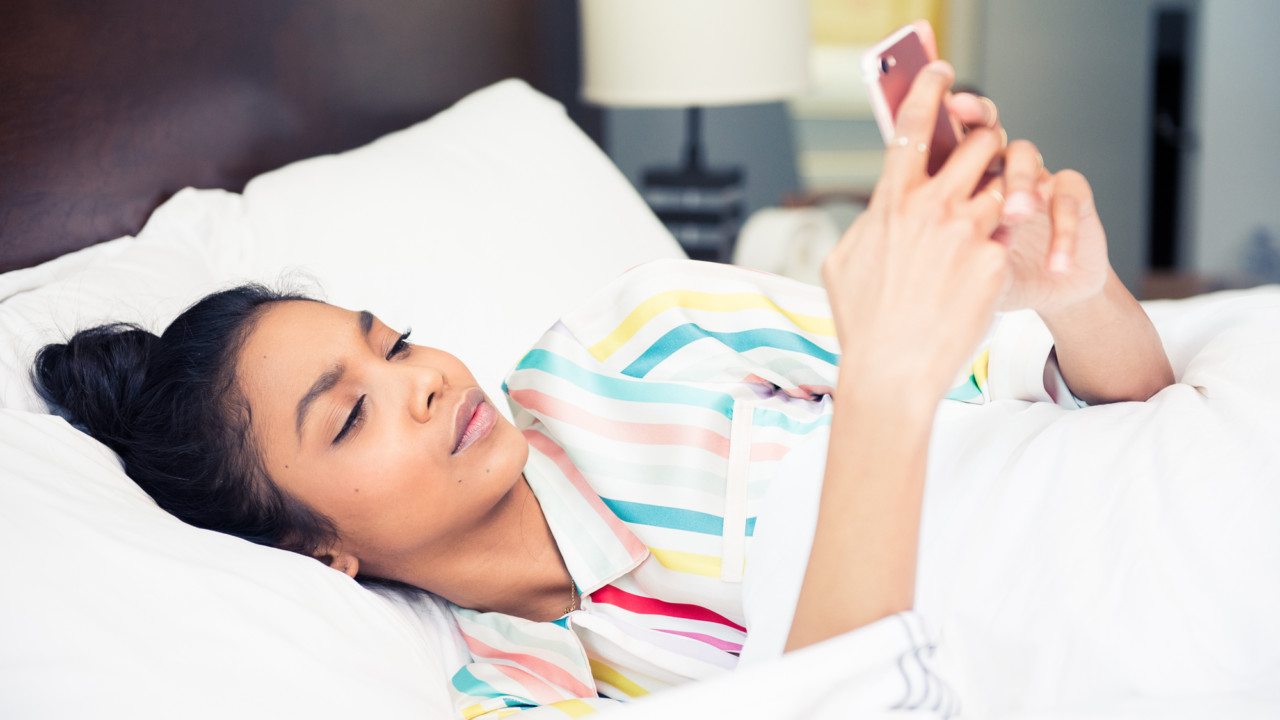 Yes, you are addicted.

If a cell phone detox hasn’t already been on your mind and the subject of conversation at nearly every get-together these days, Apple thinks it will be.

When the tech company announced the release of its latest software—iOS 12—a few weeks ago, we were oddly relieved to see an interesting new development: Instead of animated emojis or an upgraded camera, which have traditionally been the type of updates we’d expect to see coming out of Apple, the company implemented software to keep you off their phones. Yes, a phone company is trying to get you to use your phone less. How meta is that?

iOS 12 will report how often you’re using it, which apps get the most play from you, and which ones are sending you the most notifications. Using that data, you can then set limits to how often you use your phone—either by month, week, or day. Once you hit the limit, you’re cut off. It’s like the iPhone is giving you a digital bartender. Have one too many, and you’re bounced.

In truth, this was bound to happen sooner rather than later. Investors starting putting pressure on Apple in January to address cell phone addiction. And our friends in fashion and celeb worlds are right in sync. Case in point: Vogue posted not one, but two stories this month about digital detoxing. In 2016, Ray-Ban poked fun at our cell phone addiction with a cheeky ad. While makeup artists like Mario Dedivanovic can thank social media for their rise to fame, others, like Yadim, have left social media completely. After all—cell phones are bad for your skin, as it turns out.

In turn, marketers have found that millennials are choosing to be less plugged-in these days, and are trying to reinvent ways to market to a generation that is attempting to be less accessible. Everyone from editors to PR reps to makeup artists are figuring out ways to cut down on their screen time. Some choose to impose cell-free hours at their home, while others move all of the apps to the second swipe of their home screens in order to view them less. One editor mentioned wearing an analog watch so that she wouldn’t be checking her phone for the time and getting sucked into emails and texts. The benefits? Improved mood, better productivity, and more restful sleep.

That said, with how screen-focused our lives are these days, it’s impossible to completely unplug. And it’s not our fault. Our phones and apps were originally designed to be addictive, based on research and advocacy work by Tristan Harris. He argues that everything from push notifications to the colors developers use in apps are all chosen because of the urgency they give us. Opening apps equal revenue dollars for them. So they want us to be as plugged in as possible.

So since being unplugged is about as popular a wellness trend as a turmeric latte or a vagina steam, the question becomes this—how does the current culture adapt? Instagram influencers are catnip for brands, delivering large followings but for smaller prices than A-list celebrities. But if said influencer is more interested in hiking in Mexico and not putting it on her Instagram story, then there’s no value. How do we monetize someone’s life if it isn’t readily available for consumption?

Perhaps that’s why we’ve seen the rise of faux Instagram influencers. There has been an influx of computer-generated Instagram models—women who look real but are actually products of digital design. They can command tens of thousands of followers and even collaborate with fashion houses. But they aren’t real people. It’s a fairly meta development. For ages, social media critics have been saying that nothing on these apps are real, it’s all staged to present every scenario in the best possible light, and now computer-generated models have major pull, such as @lilmiquela who has more than a million Instagram followers.

Between the rise of the faux Instagram influencer, and the constant maelstrom that is Twitter these days, the idea of a digital detox does seem more appealing than ever. But if cutting the aux cord seems too intense, turning off your notifications is a good place to start. Sure, there are apps to help you stay more present—but you probably shouldn’t use them.

5 Things in Your Fridge That Can Help Ease Anxiety
Could Being More Selfish Make You Happier?
Why Rowan Blanchard Says She Feels Insecure Every Day