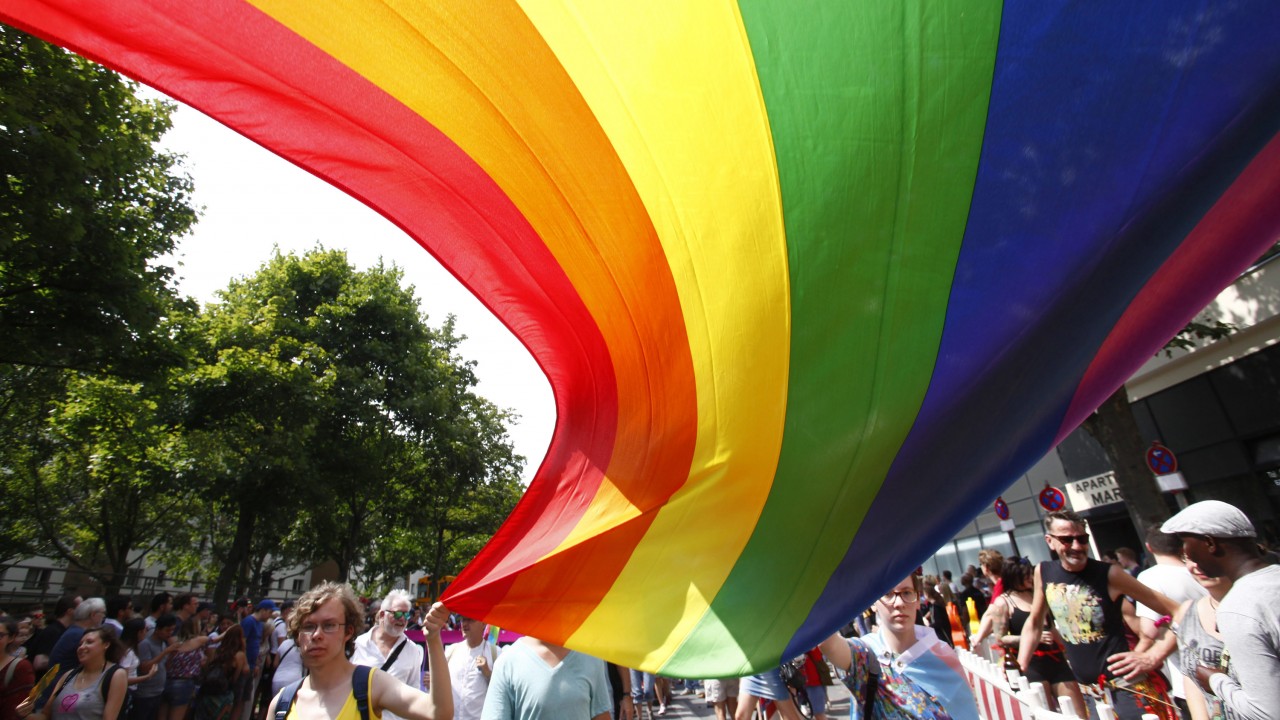 Coming Out Wasn’t for Me—It Was for Everyone Else

Coming out of the closet, for me, was like hosting a five-course dinner with a bunch of crappy entrées and rice pudding for dessert: a lot of buildup…with a meh ending. We aren’t always gifted the luxury of a well-timed coming-out moment, and why should we be? Coming out as something you’ve always been should be a foreign concept. After all, the star male quarterback doesn’t need to “come out” before approaching the head female cheerleader. Those roles are built into our society and accepted, no questions asked. But when that same quarterback decides to go for the guy playing Danny Zucko in the school musical? People start to get nosey.

It should come as no surprise, then, that at 17, my choice to withhold my sexual preference until directly asked was seen as treasonous and deceitful. How dare I not proclaim to the world that I was, indeed, a homosexual! Not that it mattered, but as far as I was concerned, everyone already knew my leanings. Slight unease helped me settle into that theory. And my desire to remain private and anonymous—despite a deceivingly loud personality—married me to it. I was gay…and keeping it to myself.

If you ask anyone who knew me in high school, they’d probably tell you that I was well liked, but in that platonic, everyone’s-favorite-giggly-black-guy kind of way. And if they had to pin me with a label, it would be asexual. That was the immature way teenagers in 2007 called each other prude (high schoolers back then were nowhere near as woke about the sexuality spectrum as they are today). In reality, I just couldn’t be bothered with other people’s bullshit. I was too busy, and the pickings were too slim to be distracted.

For a while, coming out became a game for me—a game of seeing who was bold enough to ask whether I liked boys or girls. If they asked, I told them. There was no point in concealing something they’ve already had enough evidence to ask about. But if they never asked, I never told, and most people shied away, keeping me semi-closeted. Others with less tact (like certain theater teachers with a penchant for meddling) prodded those around me for answers I was willing to share.

In retrospect, I recognize the real game I was playing was a familiar one many young gays play every day: the game of “Did I read the room correctly? Am I brave enough to share this today? Am I safe here?”

I had been “publicly out” for five years before coming out to my mother via email. I had just started dating my then-boyfriend (now fiancé) and figured the jig was up. What I hadn’t anticipated? Silence. She didn’t respond. It was deafening and uncharacteristic. My mother is a former Jehovah’s Witness and spent my entire childhood instilling values of inclusivity and open-mindedness that she never felt in her own childhood. I didn’t know how to place that mother in this moment of desertion. But after months of not mentioning my message, I was informed by my mother that she had changed her email address and therefore had never seen my admission. By the end of the month, she and my boyfriend were obsessed with each other, just how nature intended.

It was at that moment that I realized my fortune. I also realized how sad it is that I accepted, even for a moment, that I had been neglected by a person who has loved me for a lifetime, the person who had given me life. How sad is it that unconditional love is seen as a gift and not an expectation? Coming out is personal and special, but it’s antiquated. The only thing we as a society need to come out of is the idea that people can be understood with a single word that describes a single part of them. To this day, I have never come out to my father. Just last week he RSVP’d to my wedding. He sees that I am in love. What more is there to know? Love is love.