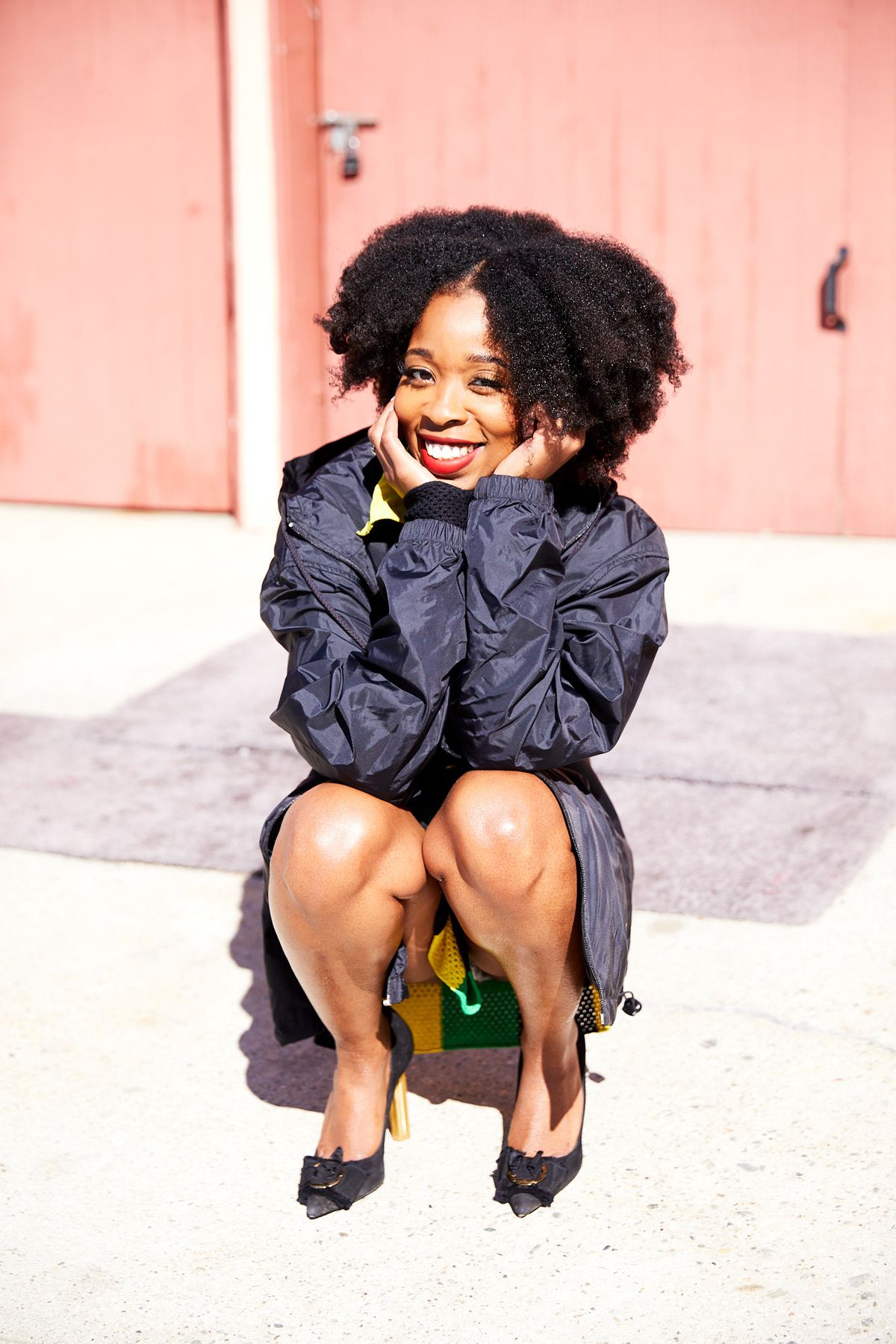 Noah Lehava
Tristan Kallas
Noah Lehava
Encapsulating a scene, mood, and character as complex, relatable, and hilarious as Issa Rae in HBO’s Insecure in one sweatshirt seems damn near impossible for, well, all of us. Not for costume designer Ayanna James Kimani, though—she seemingly oozes the skill of finding the perfect outfit from her pores. She’ll credit her curiosity to find and desire to champion unknown (on a mass scale, that is) designers to her knack for dressing the insanely popular show’s cast in a scene-complementing wardrobe. And to the red carpet where she styles names like Tiffany Haddish and Issa Rae. It’s that same fun sartorial sense she’s transfered within her own personal wardrobe. At Kimani’s Los Angeles home—one she shares with her newly wed husband (you HAVE to see their two weddings!)—she pours a glass of Hennessy and Coke into glasses gifted by Rae. Things only get better from there! As we were sifting through her racks of Balmain and Jacquemus, we often got sidetracked talking about the best Jamaican food in L.A. and our favorite things about Toronto. See, Kimani had a long stint in Toronto by way of Jamaica, and lived in New York and Florida before finally settling on the West Coast—to work as a stylist and a wardrobe PA before meeting Deniese Davis, Rae’s co-producer, and landing the gig at Insecure. Those influences are ever-present in her personal style. As we contorted vintage Levi’s on her rug and flung her vintage (we’re talking pieces she’s had since she was a teen!) colorful African print shirts over brick walls in her front yard, we talked Season 3, how her style influences are rooted in her diverse upbringing, and the advice she’d give to young girls trying to make it in the industry. Click through to see more.
Closet

You Have to See This L.A. Creative’s Closet ft. Glitter Nikes & Embellished Sweatsuits
This Over-the-Top Fashion and Art Collector Has 28 Birkins in Every Color
Hip-Hop’s Biggest Stylist Has a Closet Filled with Custom Streetwear & Louis Vuitton
More From the series Closet