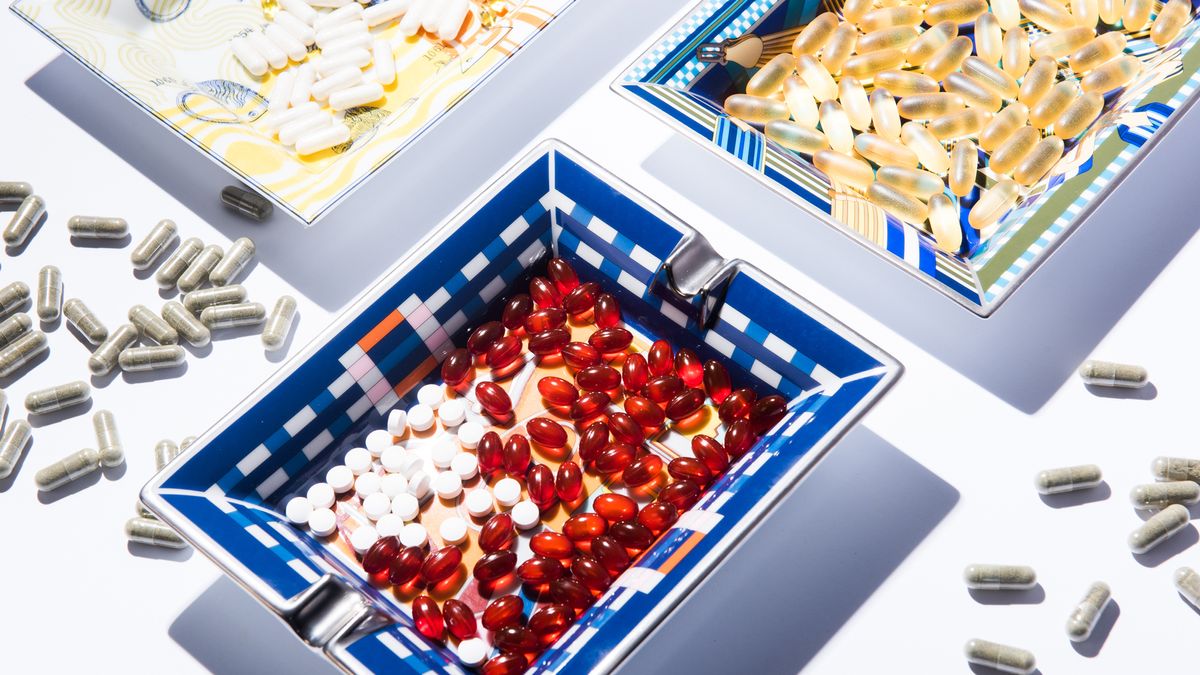 The next generation of microbiome supplements may provide the answer. In collaboration with Seed.

Noah Lehava
Within the wellness world, there is this overwhelmingly prevalent tendency to latch onto new, sparkly terms in hopes that *it* will be the key to reaching ultimate health and longevity. We’ve seen it happen before, ultimately ending with debunked facts (remember the coconut oil debate?). Most recently, the biggest buzz around the proverbial town has been probiotics. The first wave, which gained mass popularity, was with a fleet of fermented foods touting almost miraculous gut health benefits—your kimchis, kombuchas, and yogurts—which are, as it turns out, scientifically not ~truly~ probiotics. Like a lot of wellness-industry terms, regulation and education tend to follow well after they’ve reached peak popularity. But a new innovative microbiome company, Seed, is here to change all that.

With the backing of major institutional investor groups and famous names like Jessica Biel, Cameron Diaz, Karlie Kloss, and Sophia Bush, Seed co-founders Raja Dhir and Ara Katz have put together a team of leading experts to create a clinical-trial-backed symbiotic (meaning prebiotic and probiotic) supplement. It’s revolutionary. On a call from her West Coast office, Katz—whose CV reads with an impressive co-founder and CMO role at the LVMH-backed marketplace Spring, and a title at the helm of BeachMint, where she launched six direct-to-consumer, celebrity-partnered subscription brands—explains Seed’s goal to provide precise, scientifically sound, and clear information on how beneficial microbes can really impact various aspects of the body. Here she debunks some of the biggest misconceptions we have about probiotics.
Buy Now

“The term itself is not regulated here. That’s part of the reason why you can have probiotic beverages and probiotic foods. Probiotic is the administration of beneficial microbes to improve health in a human host. It’s an important field of inquiry that’s going to inform so many things about our lives and future. The term has become diluted, and because of its lack of regulation, we really wanted to reclaim the term for science. Our chief scientist co-authored the scientific definition of probiotics for the World Health Organization in the U.S. in 2001. We really adhere to this definition very closely and hope to set a new standard for probiotics.

“Kimchi, kombucha, fermented foods are delicious but are not probiotics. If you think about, so many of those strains that are chosen to culture yogurt are chosen because they like to eat lactose, not because they have demonstrated efficacy in a human body. In collaboration with an academic lab at Harvard, we saw data that all of the commercially available kombuchas, yogurt, and kimchi on the shelf / refrigerated aisles did not affect inflammation and oxidative stress, one of the key benefits of probiotic strains for intestinal health. I don’t want to be sensationalistic; that doesn’t mean that they are not delicious and that their lactic acid doesn’t have other benefits. Kimchi, for example, is usually very fibrous, so is good for digestion.”


#2: Your Current Probiotic Only Focuses on Species, Not Strains

“Where we’re seeing microbiome science going is towards the understanding of specific strains, and not species. A lot of companies and a lot of products only list the species of the bacteria and not the strain. However, there are actually multiple strains from different species that do different things. Just like all dogs are members of the same species, there are many strains of bacteria within a single species. A good example is our cardiovascular health strain which emerged from a peer-reviewed, double-blind clinical trial showing a reduction in LDL cholesterol (with elevated levels widely regarded as a risk-factor)— this strain was screened from 4,000 strains of the same species to have this mechanistic effect.”

#3 Those Billions Numbers on the Bottle Don’t Always Matter

“I’m sure you’ve seen those big billion numbers on the front of labels: CFU, which is a word for Colony Forming Units. A lot of companies are not providing any data or transparency about what that means, and most of the labels don’t say which strains are present in what percentage. You don’t actually know the makeup of the formulation. We’re the first company to do full metagenomic sequencing, whole genome sequencing on our final product. It’s as if you could take a cake after you bake it, sequence it, and be able to say, ‘OK, this is exactly how much butter was in it and how much flour was in it.’ We also use a technology called flow cytometry which calculates AFU and TFU, which are active and total fluorescent units and measure the number of viable cells.”

#4 Probiotics Don’t Replace What You Don’t Have

“There is this notion that if you don’t have the good stuff, you take probiotics to put it back. The idea that [probiotics] kind of stick around and colonize, and that’s what makes them work, is a myth. What’s really interesting is that probiotics are transient microbes, and their benefits come in transit. As they go through the body, they signal to other cells and microbes, staying for a little while, and then being expelled. We don’t even know that you want colonization. There are a number of companies that sell spore-forming bacteria or soil-based organisms—there is definitely a lot of misunderstanding. We only work with naturally occurring, human-strain microbes that are found in the human body already. We know they can be good residents and have been studied in human clinical trials with benefits that are measured by human biomarkers, regardless of the starting microbiome.”

#5 Probiotics Don’t Need to Be Personalized

“Where science is heading is that we’ve realized that it’s not about the composition [of your microbiome], it’s about the function. You and I can have very different microbiomes that are producing the same amount of, let’s say butyrate, which is a very important short-chain fatty acid.”

“The scientific definition of a probiotic reads ‘live microorganisms that, when administered in adequate amounts, confer a health benefit on the host’. That first word, ‘live’, is key. To deliver benefits, probiotics must survive digestion (think: corrosive stomach acids and bile salts) and land in your colon, alive.

“The unfortunate truth is, most ‘probiotics’ don’t make it. We developed a ViaCap™ for our Daily Synbiotic, which is the first capsule-in-capsule delivery technology that nests our probiotic strains inside a solubilized blend of our prebiotics. The Prebiotic Outer Capsule acts as an additional barrier to oxygen, moisture, and heat to safeguard and ensure the viability of the Probiotic Inner Capsule.

“And we have the testing and data to prove it. We use a Simulator of the Human Intestinal Microbial Ecosystem (SHIME®)—it’s the closest system developed to model digestion and the gut, recreating the physiological conditions and biological processes like food uptake, peristalsis, digestive enzymes, pancreatic and bile acids, and time spent in each step. Testing shows that our ViaCap™ delivers close to the full value of the starting dose (about 94%), indicating viability upon entering the colon. Our heat testing also shows that the ViaCap™ is protective through 10 days of 24-hour, 100°F exposure. Translation: the Daily Synbiotic is shelf-stable with no refrigeration necessary and gets where it’s supposed to go, alive.”

If you want to read more sciencey stuff about probiotics, head to seed.com.