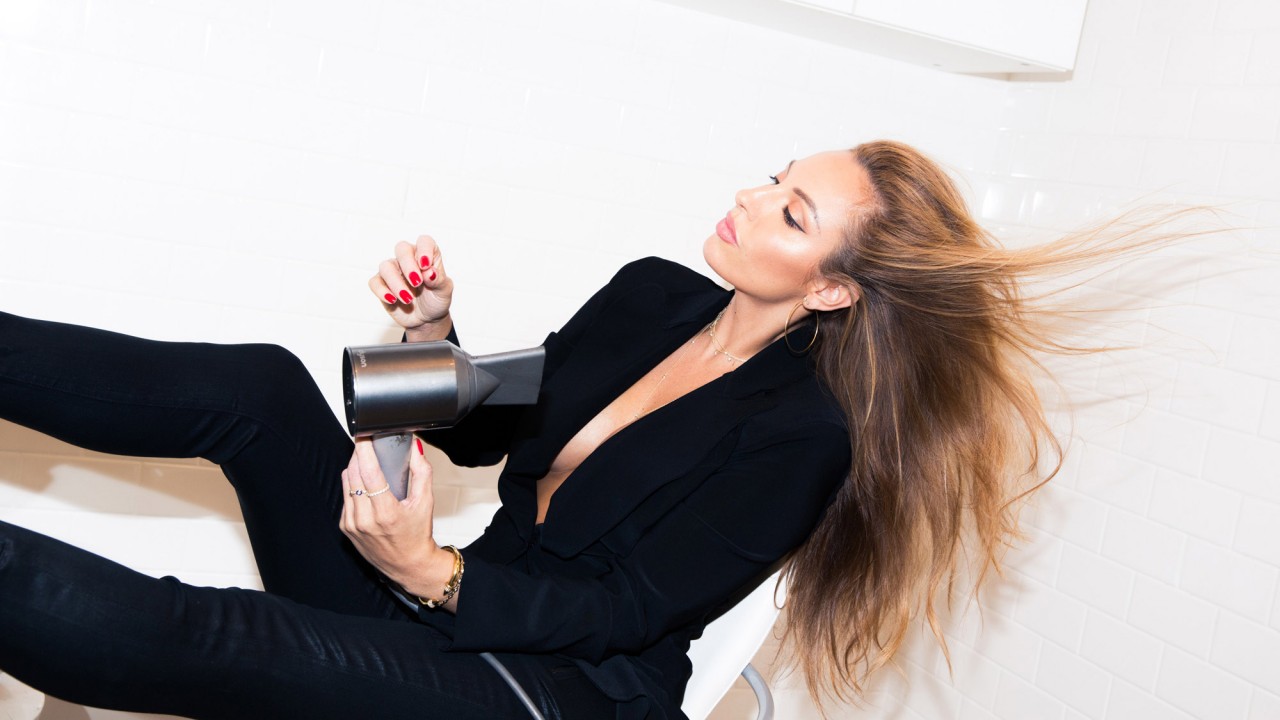 Jennifer Yepez shares her favorite products and how she climbed to the top.

While Jennifer Yepez has become a celebrity in her own right, styling the hair of global A-listers like Salma Hayek, Emily Ratajkowski, Jessica Alba, Zendaya, Hailey Baldwin, Bella Hadid, and Adriana Lima, all while entertaining 150k followers on her Instagram, the list of famous hairstylists for whom she used to assist as she was coming up in the hair world is possibly the most impressive of her lists. After getting her license at 18 and working at John Frieda, Yepez quickly became assistant to Serge Normant. She worked at famous New York salons Garren, Julien Farel, and Sally Herberger, and worked with legendary editorial and backstage stylists like Odile, Guido Palau, Orlando Pita, Sam McKnight, Yannick D’ys.

“It was the best thing I ever did,” she says. “All the Vogue shoots, Italian Vogue, Prada campaigns, traveling all over the world to all the fashion weeks. It was the beat back then and it was much more creative. When I wanted to become freelance and get an agent, I became friends with all the girls backstage since we would see each other every day all day, and I told them if they ever needed hair for a red carpet or whatever to call me and that’s how I began to really get my start on my own. One main girl that helped me get my start is Joan Smalls.”

In other words, the girl knows how to work. But like many things we see on Instagram, there’s usually a really good backstory that’s not so perfectly filtered. “What people don’t really see about my job is the blood sweat and tears,” she tells us. “I would literally cry some nights and ask myself can I really go through this can I make it? In the salon, I was getting paid $50 a day and I’d work 12 hour days… it was rough. And when I switched to freelance, you have no idea when you’re going to get paid. I remember it was snowing and I had to get to a Vogue shoot, I literally got evicted that day. I was owed so much money I literally didn’t get paid for so many jobs and it was about 6 months of no pay. Thank goodness my boss sorted it out. But, yes, it was rough and all worth it.”

Now, having earned her way to the top as Kérastase Paris Celebrity Hairstylist, we want want to know: What has she learned over the years, what are her all time favorite products, and what’s her secret?

“[When I was a kid] I always loved doing hair since I had a Barbie like all girls. Then I would also do all my friends hair in school. Twisties and cornrows were the big thing in NYC when I was school, so I would basically do all the boys and the girls. You knew I did their hair I’d do different styles but I’d pick a pattern.”

“So After the Met gala I went to Mexico with Salma Hayek and we started talking about looks for Cannes film festival. She showed me her dress and it had pink petals so she’s like should we do pink hair?! I’m like ‘OMG, yes! Let’s do it!’ and I had my girl Aura Friedman color the wig for me. I brought it to Cannes and styled it and was such an incredible moment.”

“I think Instagram is such an amazing platform, I wish I had it when I started. Literally starting your career now is so much easier then when I started. The whole world can see your work. Before we had to do so many test shoots, build an actual portfolio with prints, and take it to clients and agencies. Now all you have to do is really get a pretty girl, do her hair, and shoot it with an iPhone.”

“Really the only woman that was in the industry was Odile! She was the only woman that was shooting editorial that has the status of all the greatest hair stylists. She’s a legend and always will be, but I use to think to myself could I be the next Odile? Are they going to have more woman shoot those editorials or get those opportunities? Now it’s much different and I’m so happy about that. So many more women in our industry getting some shine—that makes me happy.”

“This Kerastase Oil is really a staple I think for every girl. I started using it years ago and I love how it makes my hair feel and helps me to blowdry hair and a great finishing serum. Every girl I know loves it. This is my set bag I got from a model in Paris. She was gonna throw it out so she gave it to me and it became the perfect set bag. It’s from Coach. And the TechniArt spray I love—it’s such a great texture spray for that next day hair and I love it on any hair.”

“Getting a contract with a brand I truly loved has been my big focus lately. That was one main focus and it happened [with Kerastase]. Now it’s helping women understand what they need for their hair type. I think many woman at home are overwhelmed with the amount of products there are in the market, I would love to give advice to women on what I think would be great for their hair.”

“I love love these Gucci shoes. I got them as a gift when I was in Switzerland. It was one of the nicest gifts I got. The Klorane dry shampoo is my go to for every day. I use a lot of dry shampoo personally and on my clients as I do t like washing my hair often. I get these small brushes in Paris so I always need to get a few every time I’m there. It’s the best brush to tame fly always and get hair slicked.”

What is your biggest loftiest dream goal for yourself right now?
“Wow, I think it somewhere down the road no time soon my own hair line. I think it would be great but not my focus [right now].”

“Work hard say yes to everything in the beginning and basically don’t sleep. Take risks, do your research so you know exactly what you want and what direction you want your career to go in. Assist for many years—at least 5 years—you will never be given that opportunity again and there is nowhere in the world that those experiences will be taught. It’s not about the money its about your passion.”

“These are my root cover-ups. Topixx is great for on camera to hide any spots that may not have a lot of hair so when the light shines it looks like you have a lot of hair all over. ColorWow I use this all the time for red carpet to fill in any gaps in the hair line. Even if you have a lot of hair, a flash photo can make it seem like you have a bold spot so it’s a great fix. Salon in a Bottle I love for when I need to add roots to any hair extensions so I spray directly I the hair extensions and brush through. My go to hoops I always wear hoops and I love these they are light and look great it’s my Latina vibe all the way.”

“I got this from my friend Brian Atwood who I adore! He gave me this bag a couple years ago I love it! It’s fun and sexy.”