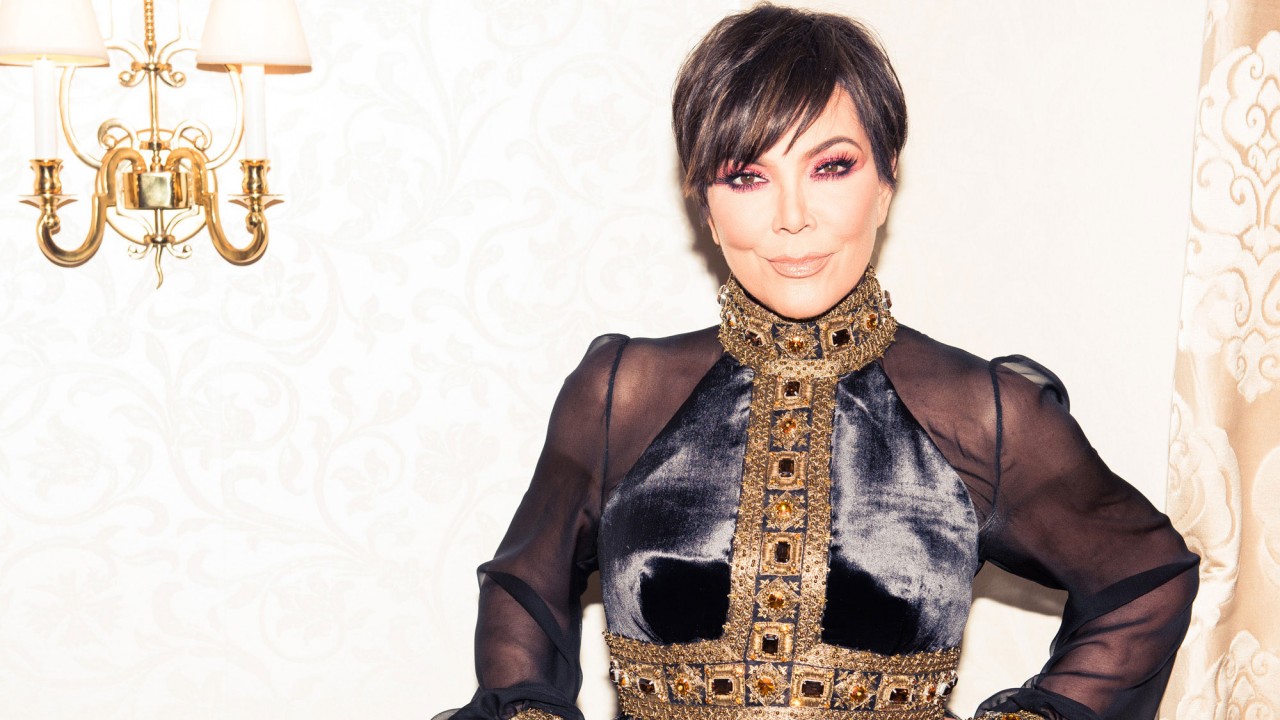 We Got Ready for the Met Gala with Kris Jenner

“The devil works hard, but Kris Jenner works harder.” A testament that we have come to not only know and love, but have also seen with our own eyes to be true—most notable every Sunday at 9:00 PM EST. The woman may just be the biggest boss in the entertainment biz, so you can only imagine our excitement when we found out we’d be getting ready for “the East Coast Oscars,” aka the Met Gala, with none other than the queen herself.

To set the scene: Etienne Ortega was on makeup, Jorge Serrano was on hair, Kylie Cosmetics palettes were strewn across the table, Jenner had a Kimoji phone case (because, of course), and a stunning black-and-gold Tommy Hilfiger gown hung in the room. Jenner was so warm and welcoming it was as if her whole squad were her actual family. As Jenner got her glam done, we quizzed her on everything one would ahead of fashion’s biggest night in fashion: who she was most excited to see, how she chose her dress, what her thoughts were on the theme, and then we threw in a couple family questions because, come on, guys, this is Kris Jenner we’re talking about.

What does your dress for tonight look like?
Kris Jenner: “It’s a really beautiful black-and-gold dress. Tommy Hilfiger designed it to really be a beautiful resemblance of the theme. It has a very elegant beauty that has a bit of a religious feel to it because of the brocade and the jewels and the way that they are applied the dress. I’m really excited about it.”

How long did it take you to choose your look for the evening?
KJ: “It was pretty instant. Tommy had given me a couple of drawings that he had designed for me, and I immediately went to one that felt perfect, and that’s the one that we went with. I started having fittings, and his team from Italy flew in several times and came to my house out in Calabasas. It was really a dream come true. This particular dress felt really easy to wear and yet really comfortable. When you’re going up that many stairs, comfort is key.
“The whole vision of the theme is heavenly bodies. That’s to mean anything from Catholicism to…heavenly bodies, basically. I was so excited because I love this whole theme. I can’t wait to see what Madonna wears. It’s very exciting.”

Was your beauty look a collaborative effort between yourself and Etienne?
KJ: “I let him do his creative thing. He’s so artistic and always seems to nail it when we have a shoot together, so I have really put my trust in him.”

Etienne, how did you prep Kris’ skin for her makeup?
Etienne Ortega: “For red carpet, I like to keep it light and not do too much on the skin, especially on mature skin. We give it a nice moisturizer. Maybe a little bit of primer because when you’re under all of the hot lights from the cameras, it can melt.”

What is one product you always use on a client for the red carpet?
EO: “One of the ones I love is L’Oréal Voluminous Mascara [in] charcoal black.”

How long have you been working together?
EO: “I’ve been working with them for five years. With her and all the girls. It’s been great. Today it’s a really fun carpet where you can be creative, and it’s where we go all out as artists. I wanted to do something different. I didn’t want to match the dress with the makeup because I feel like that’s predictable. Little did we know that Corey [Gamble]’s tux actually matches, so it’s a nice accent. That’s basically how we came up with the concept.”

What is the vibe like when you two are getting ready together?
EO: “I see Kris more than I see my mom. We have a family vibe because I see her every day at seven or 8:00 AM. Our energies flow naturally. We keep it drama-free but, at the same time, respectful. She is an early bird, so she wakes up, does her Pilates, showers, and then goes into glam. Usually we do glam in 45 minutes or an hour. We have a system.”
Jorge Serrano: “Our vibe is pretty chill most of the time when we work together, since we start so early most mornings.”

Jorge, can you tell us a little bit about Kris’ hair for the night?
JS: “I started out by using Living Proof Full Thickening Mousse when her hair was wet. I blew it out with a YS Park medium round brush. I then added Unite Texturiza Spray, applied Shu Uemura Cotton Uzu-Defining [Flexible Cream], and finished with Oribe Superfine Hairspray.
“We try not to stray too far away from the classic Kris Jenner hairstyle; we like to keep it classic and chic. We sometimes play with [her] hair up and off the face.”

Who out of the family gets ready the fastest?
KJ: “Probably Kendall. She’s a professional model, [so] I feel like she’s just got this down. She’s also one of the youngest, so she doesn’t need all the smoke and mirrors that some of us do.”

Besides Madonna, who are you most looking forward to seeing tonight?
KJ: “Honestly, it’s my girls. I get so excited because I haven’t seen them before the party. It’s a big reveal for me. I usually do the carpet before them, so it’s really fun to get to the top of the stairs and hide behind one of the pillars at. I’ve done that every year for the past few years. I can’t wait for them to walk in and see the whole thing. It’s so cool. How many people can say they come to the Met Ball with all of their children? [laughs] It’s such a rush. It’s like going to a wedding—like you’re getting married every year at the Met Ball. The makeup, the hair, people dieting. It’s such a crazy thing. Everybody comes together with one common passion, which is fashion. You get to go and see Sarah Jessica Parker and people that [you’ve] admired fashionwise for so long.”

What is the one item you always have with you on the red carpet?
KJ: “Lipstick [for] touch-ups.”
EO: “A little powder palette and a lipstick.”

Etienne and Jorge, what are your fondest memories from working with Kris?
JS: “My favorite memory of working with Kris is when we were on a trip with Kendall in Rome, Italy. Kendall had never been to Rome before and wanted to see all the sights. We managed to do so with the help of security in about 30 minutes while dodging paparazzi!”
EO: “There is always a positive something going on with Kris. I always learn something from her. She is such a great businesswoman.”

All of the Best Looks from the 2018 Met Gala
The Best Met Gala Looks...Ever
Designer Tabitha Simmons Pre-Games for the Met Gala with Spaghetti and a Facial